Accessibility links
'Jim & Andy': The Thin Line Between An Actor's Method — And Madness Documentarian Chris Smith aims his camera at Jim Carrey and the actor's on-set behavior while shooting the 1999 Andy Kaufman biopic Man on the Moon.

'Jim & Andy': The Thin Line Between An Actor's Method — And Madness

'Jim & Andy': The Thin Line Between An Actor's Method — And Madness 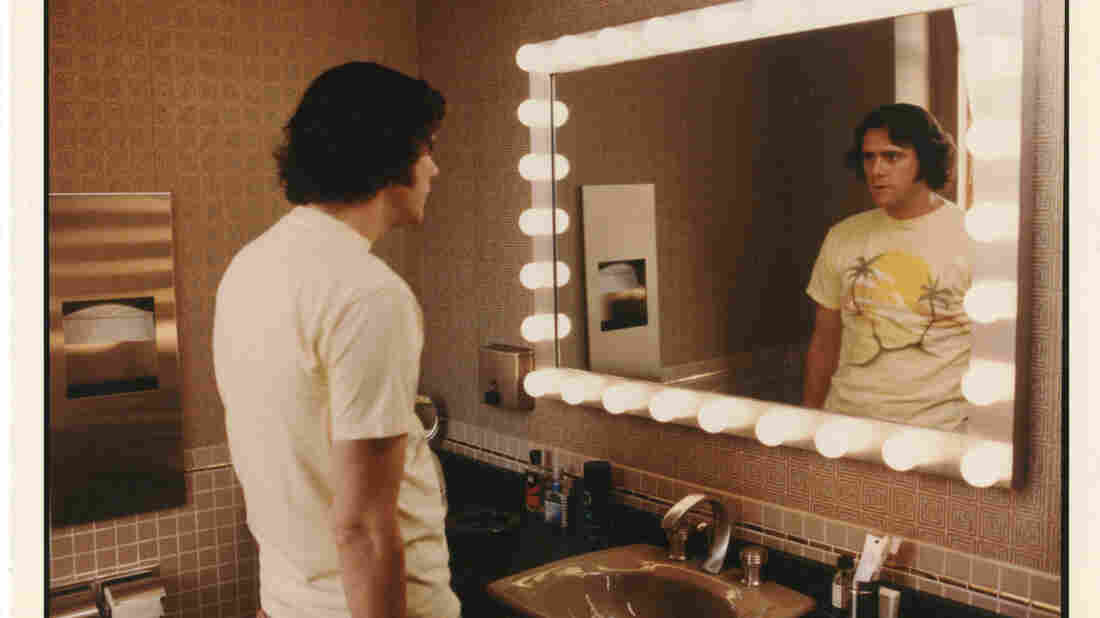 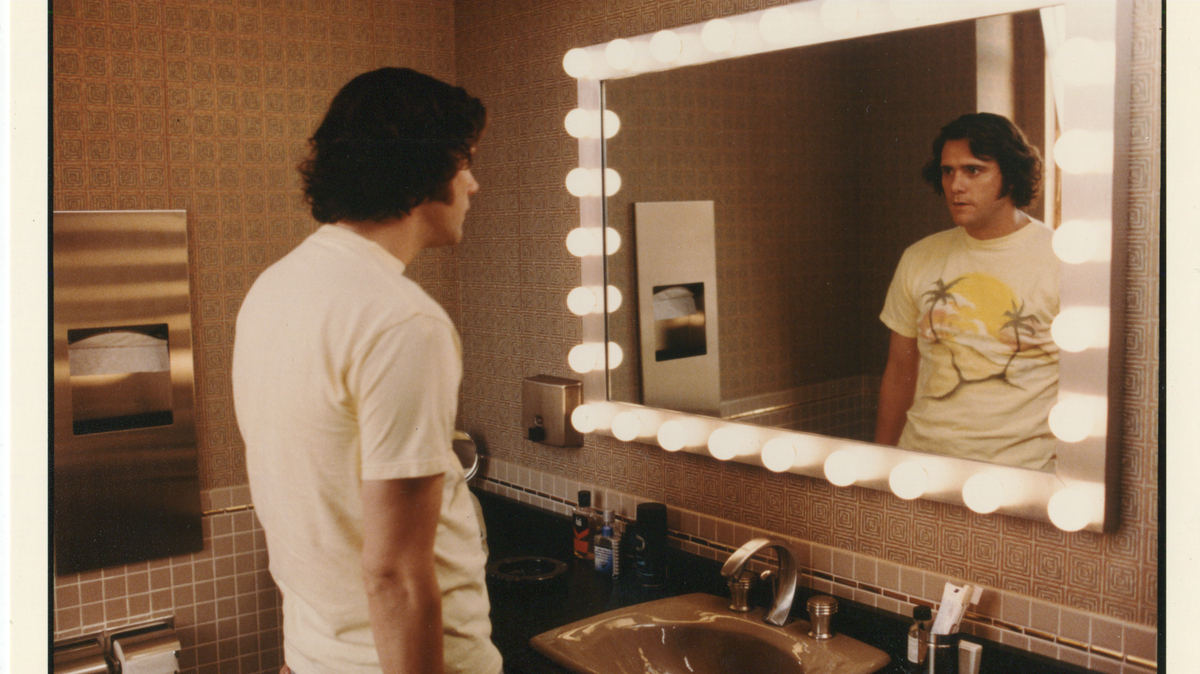 At one point during Jim & Andy: The Great Beyond — Featuring a Very Special, Contractually Obligated Mention of Tony Clifton, a documentary about Jim Carrey and the making of Andy Kaufman biopic Man on the Moon, Carrey gets emotional when asked about his father. Carrey remembers his dad as the funniest person in the room and a brilliant saxophonist who gave up his musical ambitions in order to care for his family. Then he lost his job as an accountant at 51 and it broke him. He hadn't just failed to achieve his dreams. He failed at the compromise. To Carrey, this was an argument for taking a leap into the unknown, because even failure would answer an essential question and perhaps open some doors in the process.

Produced by Netflix and released to the service on Friday, Jim & Andy is constructed around behind-the-scenes footage that Universal Pictures had tucked away in the vault, for fear that it would damage Carrey's image. To make Man on the Moon, Carrey had committed himself to spending every moment on set (and off) in character as Kaufman and Tony Clifton, Kaufman's unctuous lounge-act creation. (Bob Zmuda, played in Man on the Moon by Paul Giamatti, would also make appearances as Clifton in real life, though Giamatti appeared content not to join the Method madness.) He refused to answer to his director, Milos Forman, or anyone else, as "Jim," and he often provoked the cast and crew, some of whom seemed less-than-thrilled to be a part of it.

Jim & Andy chooses to live in the confusion, too, and accept the premise that Carrey's conceit was productive, rather than question whether a great performance was possible without all the chaos happening off camera. Director Chris Smith, whose documentary American Movie is one of the great films about filmmaking, makes the smart, deliberate choice to position Carrey as the only talking head, cutting off all other present-day perspectives on the shoot. That's because Jim & Andy isn't about Man on the Moon per se, but about Carrey's life and career, about his insight into Kaufman's life and career, and, more than either of those things, about the liberating possibilities of stepping into the unknown and seeing how things look on the other side.

Sorting through the mix of honest reflection and self-mythologizing in Carrey's testimony is a task in itself, because he's both extremely self-aware and difficult to figure out. He talks about playing Kaufman like a man possessed, as if the late anti-comic literally spoke to him telepathically and wanted him to take the part. (Carrey was forced to audition anyway, which still seems to irritate him.) He talks about seeing a psychic in Hollywood and having her predict the three formative successes (Ace Ventura: Pet Detective, The Mask, and Dumb & Dumber) that would launch him to superstardom. He calls each of his films, especially The Truman Show and Eternal Sunshine of the Spotless Mind, " the absolute manifestation of my consciousness at the time." In other words, Carrey sees his career as an autobiographical record of what it was like to be Jim Carrey at that particular moment.

Jim & Andy makes a tight assemblage of Carrey's antics during the shoot, from mild irritations like blasting ear-splitting music in the make-up trailer to major headaches, like his working relationship with wrestler and Kaufman foe Jerry Lawler, whom Carrey provoked into violence just like Kaufman had. Is Man on the Moon a better film for Carrey being Kaufman rather than merely doing his best imitation when the cameras are rolling? It's impossible to know, but Jim & Andy makes the persuasive argument that Carrey's commitment to the role allowed everyone else in the production to understand and appreciate Kaufman better than they might have otherwise.

Yet there's a deeper, sadder emotional undercurrent that tugs at the documentary, suggested by "The Great Beyond" part of the title. Death hangs over Jim & Andy, not just Kaufman's death or the death of Carrey's father, but the sweeter release of letting go. Carrey made his bones in Hollywood by abandoning control over himself — "a nicer Hyde," he calls it — but part of that freedom involved losing his own identity and trading it for another. Getting into character as Kaufman was a way for him to escape the tears-of-a-clown ennui that had been clinging to him and live fully as someone else for a few months. When the shoot ended and his Kaufman died, too, he faced the tougher role of learning how to play Jim Carrey again. He doesn't seem to like that character much.