Accessibility links
'Sweet Virginia': Small-Town Noir With A Slice Of Hope A small Alaskan community is left reeling by an act of violence. Jamie M. Dagg's thriller tenderly explores its aftermath without the glib, jokey cynicism that so often marks the noir genre.

'Sweet Virginia': Small-Town Noir With A Slice Of Hope

'Sweet Virginia': Small-Town Noir With A Slice Of Hope 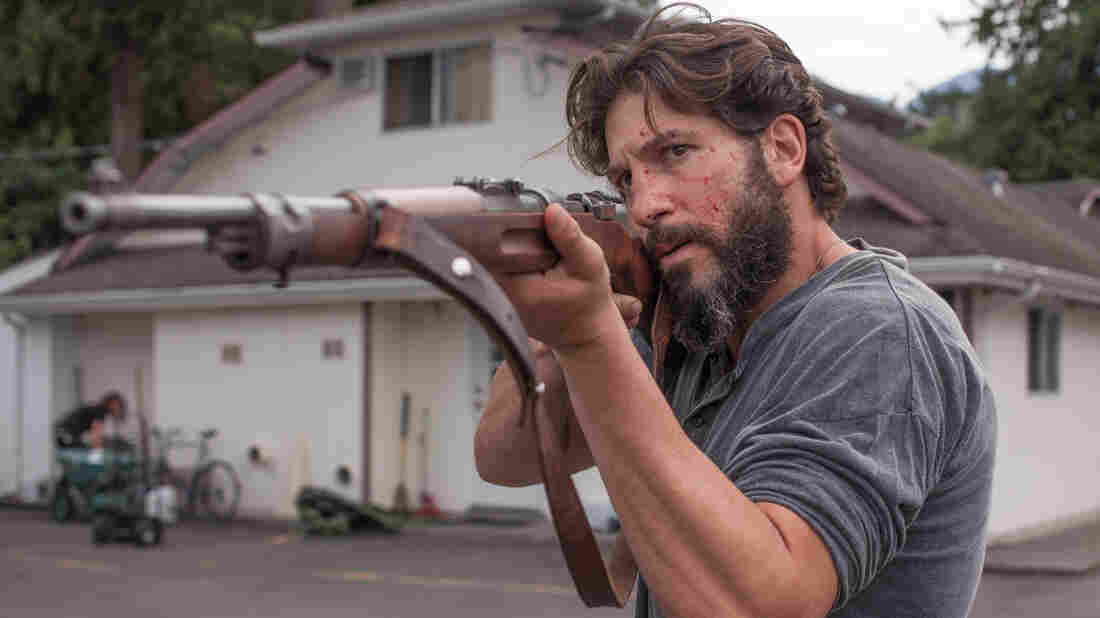 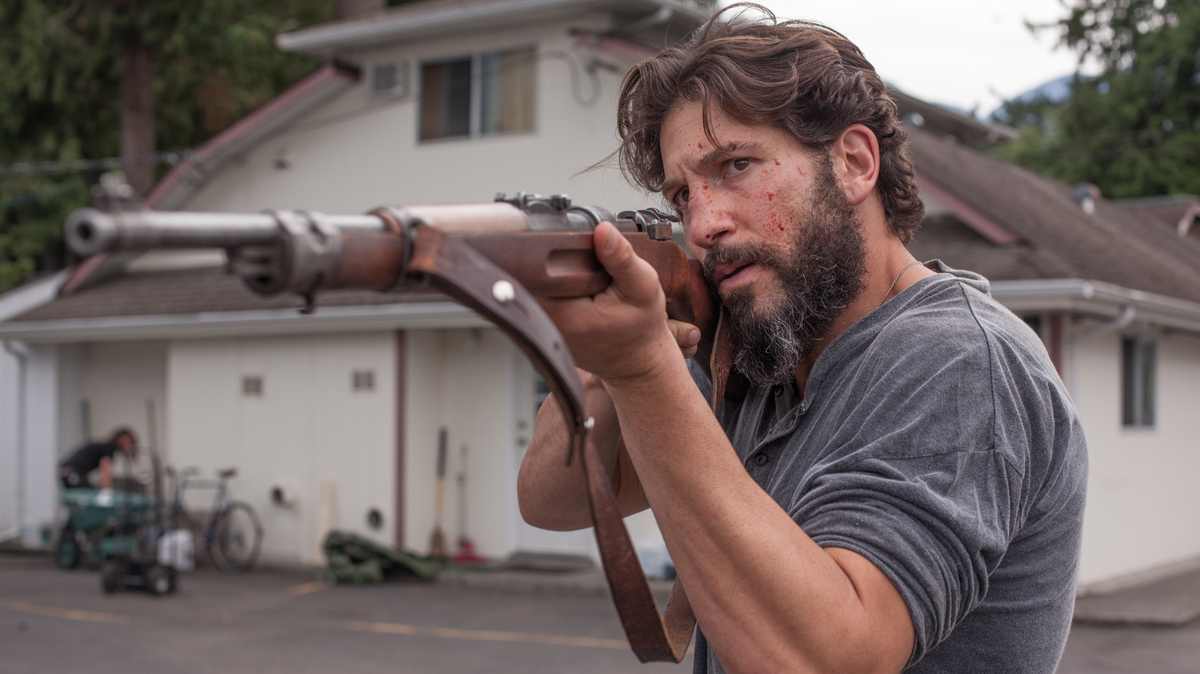 A guy walks into an Alaska bar at night. The bar is called Chums, and his two pals are deep in heated discussion about an upcoming election and the fabulous age of business dominance to come in its wake. The dialogue is not played for winks at the audience, and Sweet Virginia is not, now or later, one of those jokey neo-noirs that keeps poking the genre in the ribs. Next thing you know, a stranger — young, good-looking, intense — comes in demanding the Early Bird Special. When told, none too politely, that the kitchen is closed, the young man commits an act of efficient violence that leaves three men dead in this small town before the credits have rolled.

The brutality we see is suggestive rather than visceral, and though more blood will be spilled before the close, the movie is driven less by action than by the expertly paced buildup of pervasive unease among friends and family of the deceased. At least one of the survivors, we learn early on, has a direct prior connection to the killer, a drifter by the name of Elwood who's played by Christopher Abbott with the same explosive understatement he brought to his role as the self-destructive New Yorker in the outstanding 2015 film James White. But every wounded soul we will come to know is impacted by the murder, including two insufficiently bereaved wives played by Imogen Poots and Rosemarie Dewitt, and Sam (Daredevil's Jon Bernthal, softened into a gentle giant), a former rodeo champion who now trudges through a dreary existence as manager of a motel that's a magnet for angry, depressed, or staggeringly unreliable narrators.

True to genre, Sweet Virginia slyly undermines the mythology of small-town folksiness and warmth that American pop culture has long sold itself. That's not especially new, but at a minimum the movie offers the pleasures of a leisurely paced, if far from slack, noir directed with elegant assurance by Jamie M. Dagg. A suitably monosyllabic script by the China Brothers never falls into the arch belittling of its characters that maroons so much of today's neo-noir in clever cynicism. If anything, the filmmakers show a rare, unsentimental tenderness toward the inhabitants of this ground-down Nowheresville, beautifully photographed by Jessica Lee Gagne against the bucolic majesty of mountainous Alaska and accented with a haunting minimalist score by Brooke and Will Blair.

What sets Sweet Virginia above the pack is a leisurely inquiry into the moral rot that seeps into the very bones of lives bent out of shape by disappointment, frustration, loneliness or the absence of love. We are brought to understand the deep undertow of hurt that causes a young wife to lash out in revenge on a cheating husband, the low-key despair that brings another to seeks refuge from a loveless marriage in an affair that may or may not hold out the promise of real affection. And in the rundown motel, the go-to address of so much cumulative misery, a strangely compelling intimacy grows between two men who find kinship in the punishing cumulative losses each has sustained.

Their friendship can't last. The low-level dread that washes through this benighted place builds to a crisis that gets resolved with a weapon whose provenance subtly invites us to glance at the ugly ideologies that currently infect such communities, bringing rage and random violence in their wake. And still there's an organic unity to the hint at sweet relief that comes at the end, as Sweet Virginia takes a welcome time out from the confines of genre to offer two lost souls the gift of future happiness.