Accessibility links
Without CEO Panels, Is Trump Administration Missing Their Views? Three months ago, President Trump ended both his business advisory councils. Without reconstructing any of the boards, White House says the administration is talking to business leaders informally.

Without CEO Panels, Is Trump Administration Missing Their Views?

Without CEO Panels, Is Trump Administration Missing Their Views? 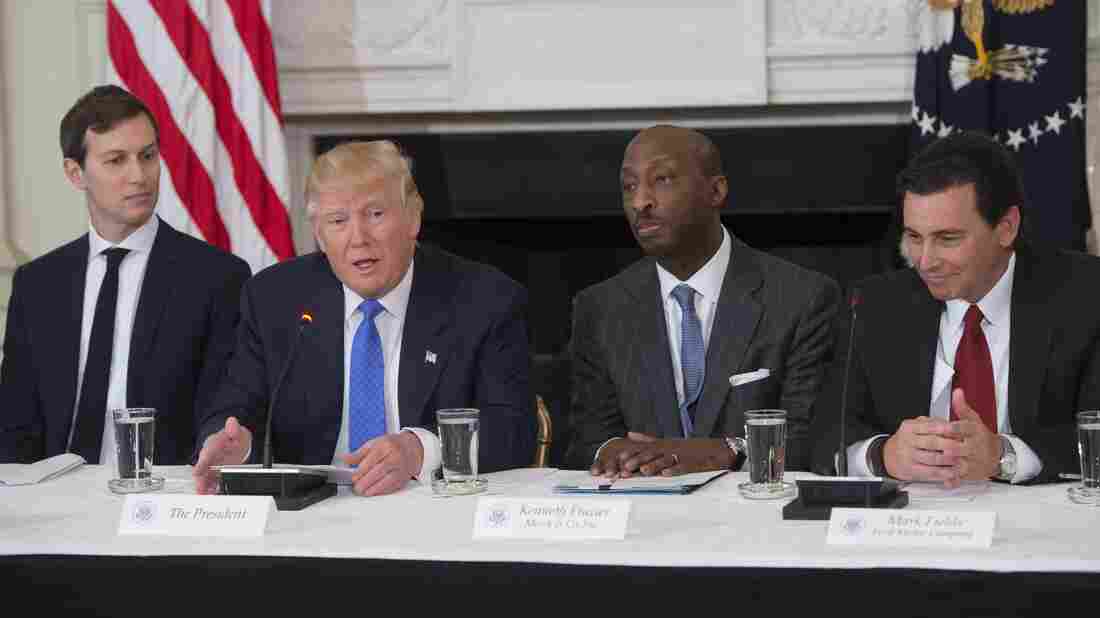 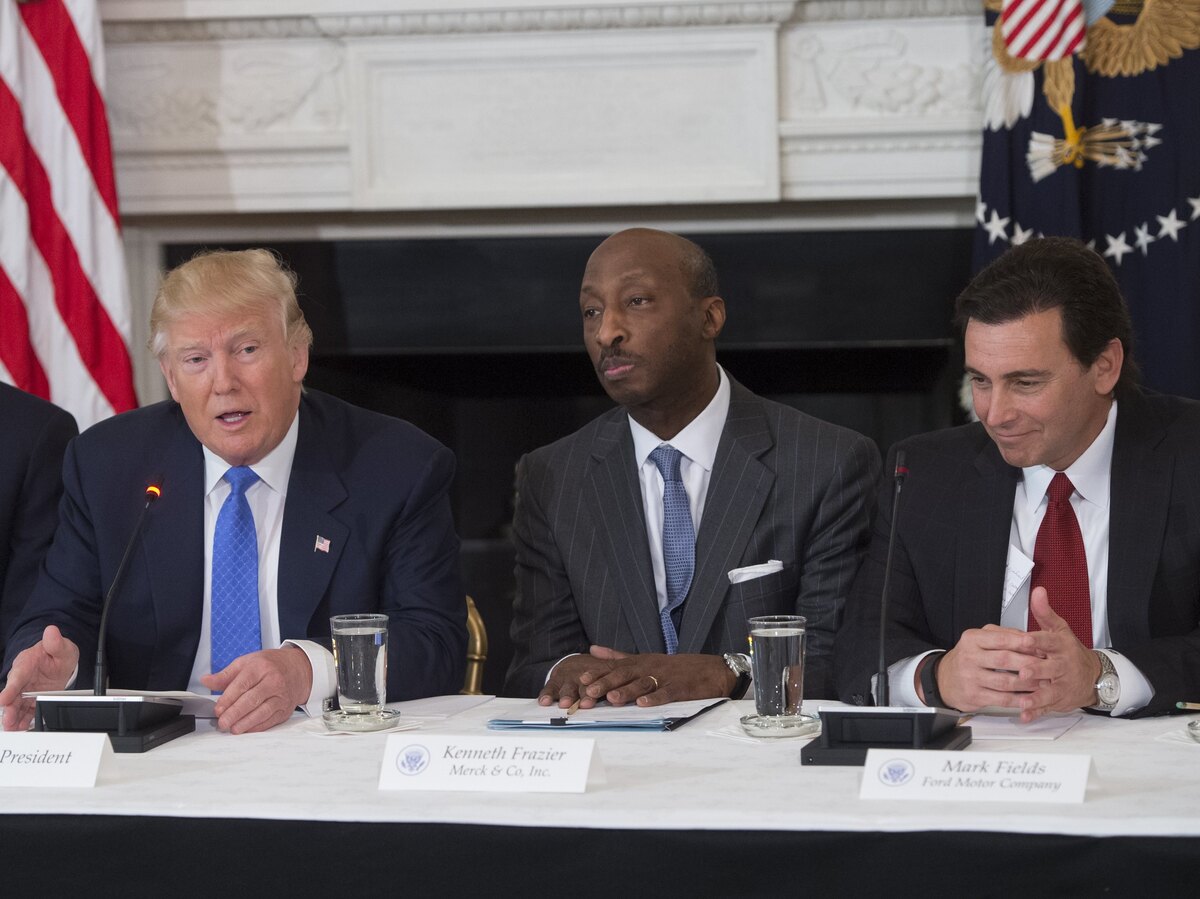 When campaigning for the presidency, Donald Trump touted his business experience, saying he would be able to relate to other executives and negotiate with them.

But then three months ago, he abruptly disbanded his business advisory councils — via Twitter — after several CEOs resigned in the aftermath of his comments on race-related violence in Charlottesville, Va.

So as Trump considers big changes in trade and tax policy now, how is he getting input from CEOs?

The administration told NPR it gets guidance on an informal "issue by issue basis" from CEOs.

This week, it got just that at an event in Washington. At the Wall Street Journal CEO Council, White House economic adviser Gary Cohn was speaking, and appeared surprised when this happened:

A Wall Street Journal editor asked the executives in the audience: "If the tax reform bill goes through, do you plan to increase investment — your company's investment, capital investment?" He asked them to raise their hands.

Only a small number went up.

White House Economic Council director Cohn then asked: "Why aren't the other hands up?"

The administration supports Republican efforts in Congress to cut corporate taxes, arguing that such cuts would prompt companies to invest in plants and equipment.

But the administration's pipeline of advice from CEOs about the best strategies to encourage growth may have gotten disrupted on Aug. 16 when Trump tweeted: "Rather than putting pressure on the businesspeople of the Manufacturing Council & Strategy & Policy Forum, I am ending both."

That pressure came following his comments on the racial violence in Charlottesville, in which he asserted "both sides" shared the blame when a white nationalist demonstration led to one death.

One former member, Intel CEO Brian Krzanich spoke at a recent event in New York about his decision to leave the manufacturing council. He said he had joined because it is "imperative for the U.S. to keep bringing manufacturing back." But then the Charlottesville attack happened, and Trump started offering controversial opinions and tweets.

Krzanich said that made advising the president "very politicized" for CEOs. "And I said, that's not what I want to be a part of," he said.

White House deputy press secretary Raj Shah said in an email that the White House remains in touch with executives. "Rather than through formal councils, the engagement is done on an issue by issue basis through White House offices and agencies," he said.