Accessibility links
House Republicans Pass Tax Cuts And Jobs Act The GOP measure would sharply reduce corporate tax rates and double the standard deduction many individuals take. Senate Republicans have their own bill, which could pass a committee vote on Friday. 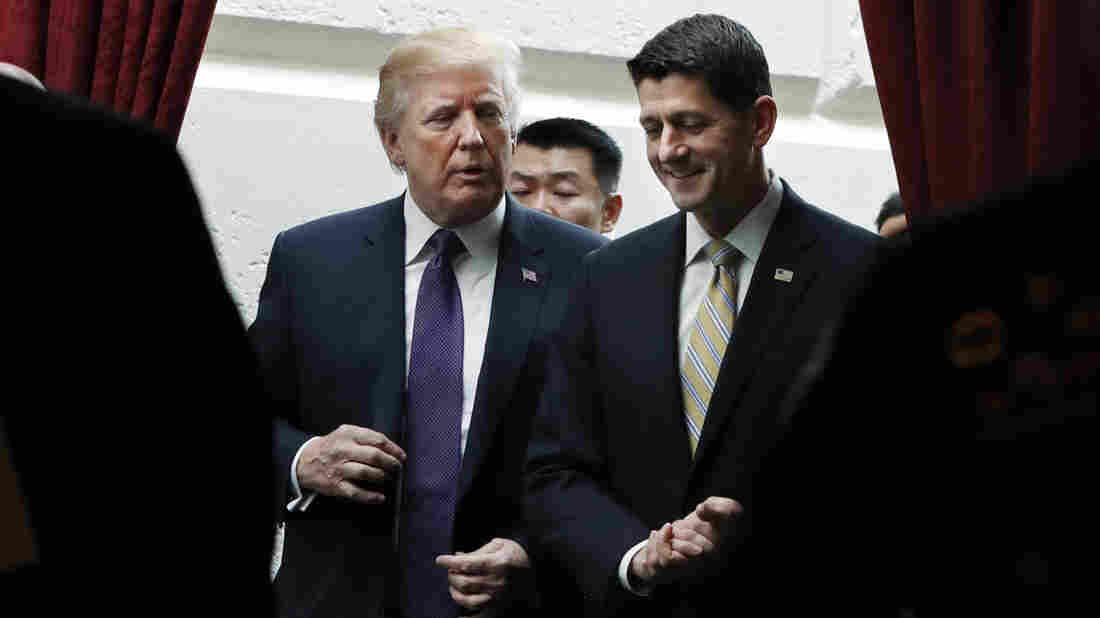 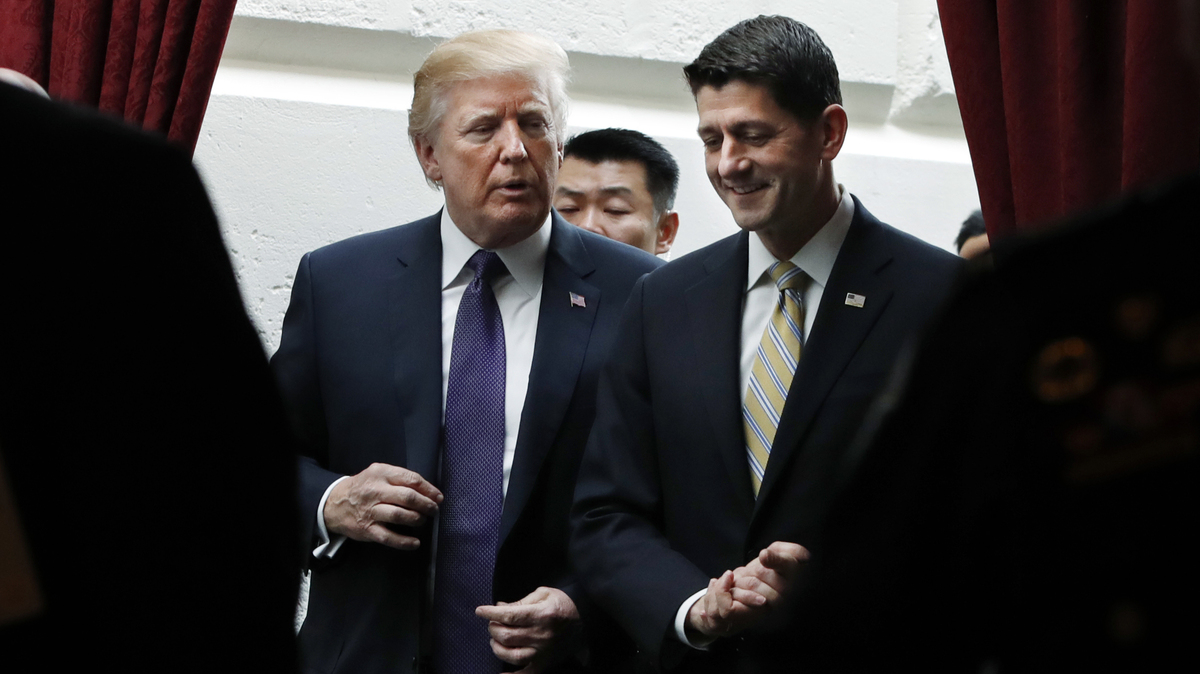 The House has narrowly approved a $1.4 trillion tax overhaul, clearing the first major hurdle in Republican attempts to cut taxes and rewrite the tax code.

The vote was almost along party lines, with no Democrats voting in support of the bill and some GOP defections over provisions in the measure that would eliminate important tax deductions taken by constituents in some high tax states.

"It has been 31 years since we last did this, and it is finally time that we get the general interest of this country to prevail over the special interests in Washington," House Speaker Paul Ryan said on the House floor, pledging that the bill would leader to faster economic growth and bigger paychecks for American workers.

The last major tax overhaul took place in 1986 under President Ronald Reagan, with a Republican-controlled Senate and Democrat-controlled House.

President Trump made a rare appearance at the Capitol to rally GOP lawmakers in advance of the vote. "It was a good meeting. Taxes are going really well," Trump told reporters.

The 440-page legislation would reduce the corporate tax rate from 35 percent to 20 percent, winning support from outside groups such as the U.S. Chamber of Commerce and the National Federation of Independent Business.

But its effect on individuals is less dramatic. It reduces from seven to four the number of tax brackets and doubles the standard deduction, while eliminating many other deductions and credits. NPR's Danielle Kurtzleben has an extensive breakdown of the measure.

The Senate is considering its own tax overhaul, which is still in committee. In recent days, it has been altered so that tax rates for individuals would be reduced only temporarily while corporate tax rates would be cut permanently. Wisconsin Sen. Ron Johnson said he is against the bill in its current form because the cuts that would be temporary would also impact small businesses that pay their taxes through individual rates.

The Senate bill would also now include a provision to zero out the individual mandate penalty, one of the pillars of the Affordable Care Act, also known as Obamacare. Sen. Susan Collins, R-Maine, expressed reservations over this move. She is one of the Republicans who blocked efforts to repeal Obamacare this year.

GOP leaders, prodded by the president, hope to agree on and approve a final tax bill by the end of the year, showing voters a major accomplishment in the first year of their majority after failing repeatedly on health care.