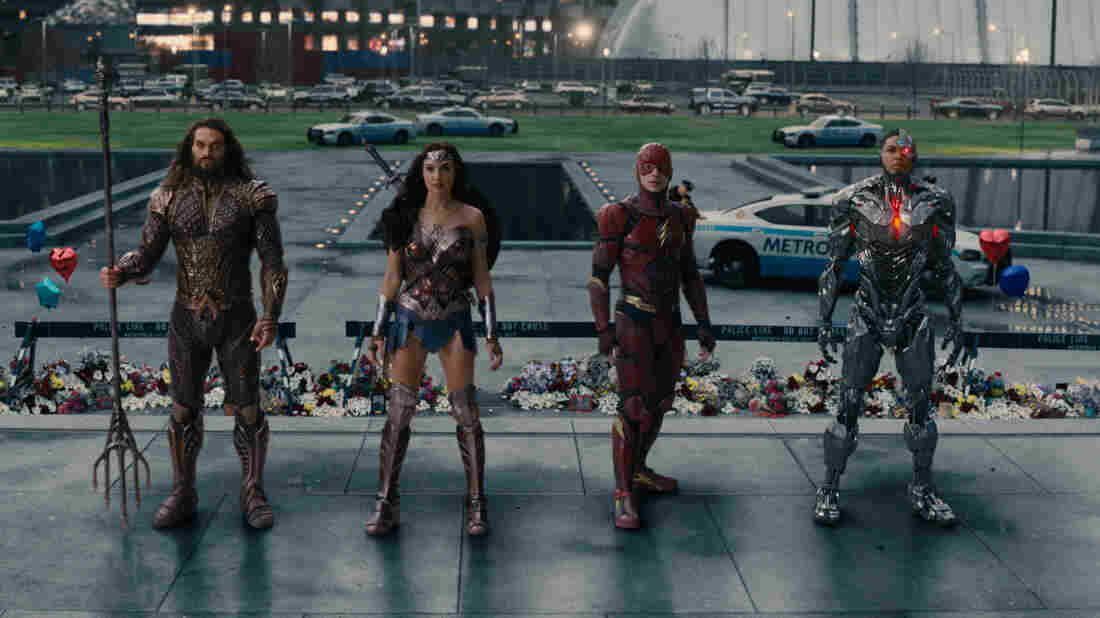 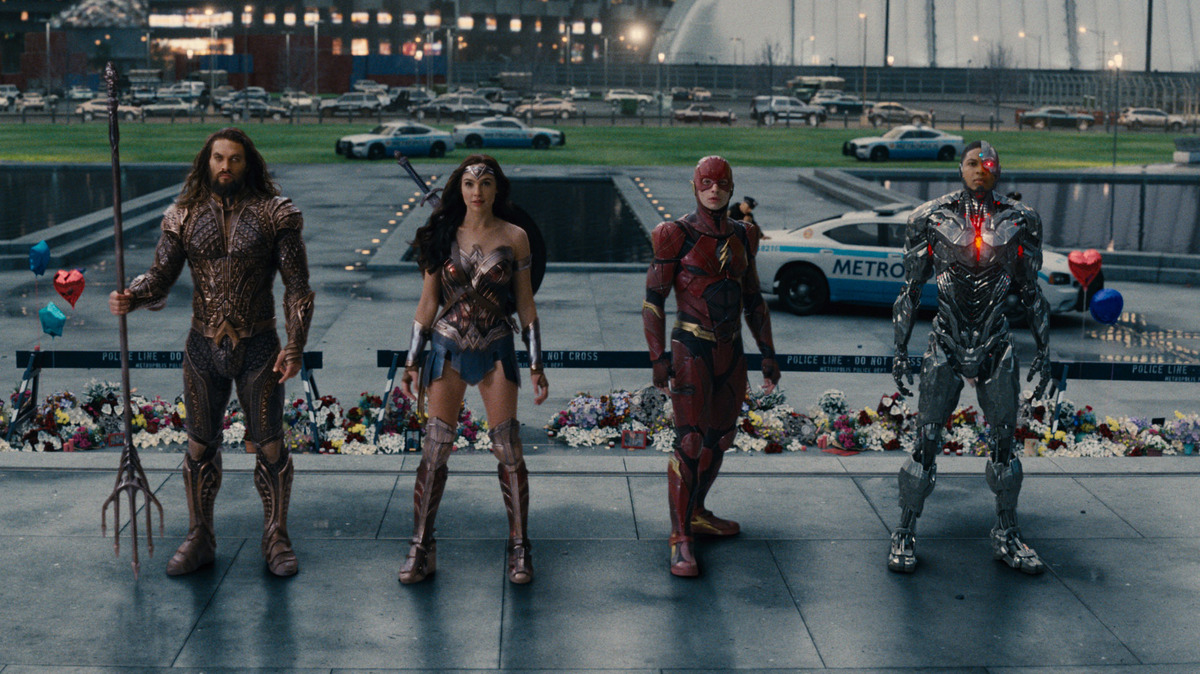 Superman (Linda Holmes) was nowhere to be found, so Batman (Glen Weldon) and I (Wonder W... okay, I see where this is an imperfect analogy) were forced to assemble a new superteam to discuss the new DC Comics blockbuster Justice League. So we brought in two of our dear pals — Tasha Robinson from The Verge and Daoud Tyler-Ameen from NPR Music — to discuss a great big mash-up of moods, stars and stories. It's a lot to take in.

For starters, director Zack Snyder had to leave the project partway through due to a family tragedy, giving way to co-screenwriter Joss Whedon, who'd directed The Avengers with a thoroughly different sensibility. And, speaking of varied sensibilities, you've then got Batman (Ben Affleck, clenched jaw, brooding), Superman (Henry Cavill, clenched jaw, idealistic) and Wonder Woman (Gal Gadot, terrific, from a movie everyone actually liked, now shot from leering angles), who co-star in a movie that's also supposed to launch franchises for The Flash (Ezra Miller), Cyborg (Ray Fisher) and Aquaman (Jason Momoa). So together, Glen, Tasha, Daoud and I try to flesh out what works and what doesn't in a movie with a lot going on.

And, as always, we close with What's Making Us Happy this week. Glen is curling up with a beloved playwright's big, cozy diary. Daoud is fascinated by a lovingly rendered book of "gear porn." Tasha, swimming in an embarrassment of authorial riches, settles on a new book by Jane Yolen. And I, breaking drastically from a theme of thoughtful book recommendations, go on and on about one of the coolest and most surreal things that's ever happened to me: my inclusion on the new episode of Packers Life, a docuseries produced by my beloved Green Bay Packers about fans of the team. It aired in Wisconsin last week, it'll go up on the Packers' website later today, and it's 22 entire minutes in which representatives of the world's greatest football team talk to me and a bunch of people you know from Pop Culture Happy Hour: Linda, Glen, Audie Cornish, Gene Demby, Jessica Reedy, Katie Presley and even my dear children, who make their television debut. It's called "National Pack Radio," because of course it is, and I can't wait for y'all to see it.