Accessibility links
Facebook, Google And Twitter Might Soon Have To Disclose More About Political Ads The Federal Election Commission sets disclosure rules for ads that discuss candidates. Many of the ads in question dealt only with issues. 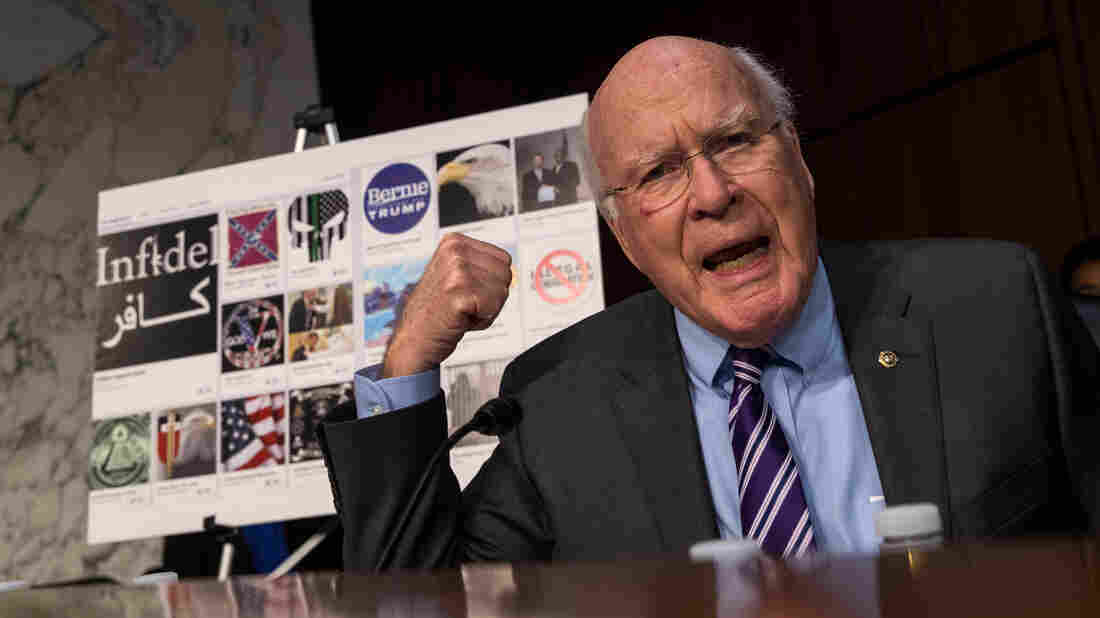 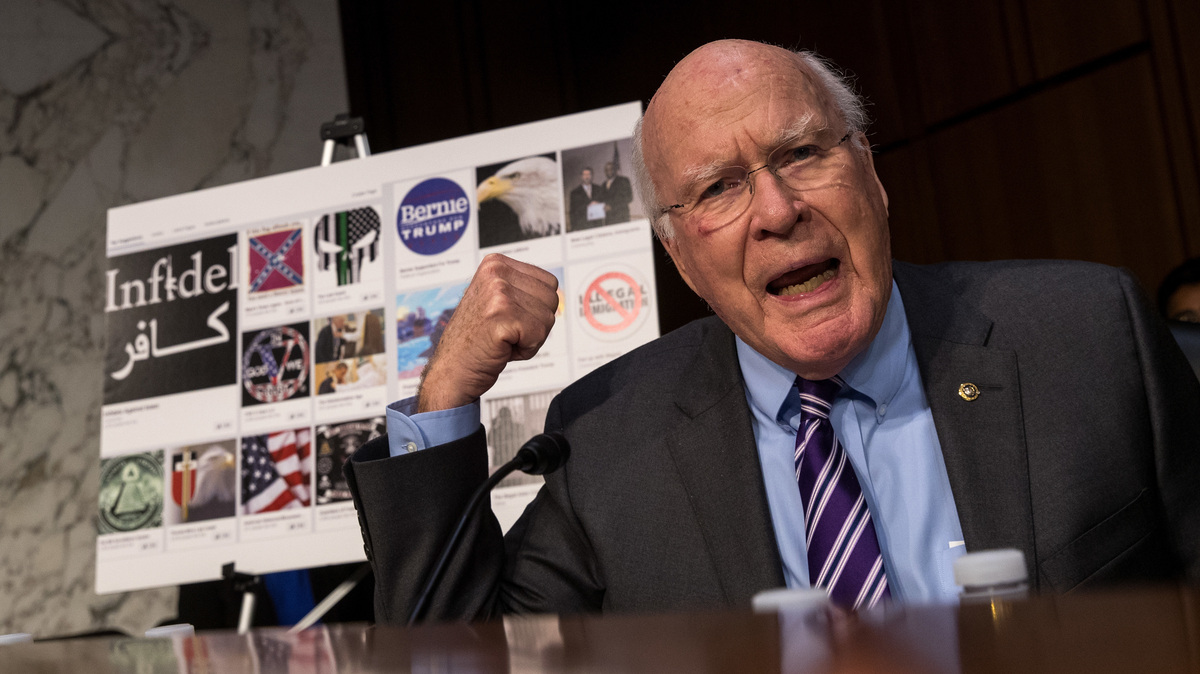 With examples of Russian-created Facebook pages behind him, Sen. Patrick Leahy, D-Vt., questions witnesses from social media companies during a hearing on Capitol Hill.

The Federal Election Commission is moving to improve disclosure of the money behind Internet and digital ads, as the shadow of Russian-funded social media ads in last year's presidential race hangs over the agency.

"We can't, obviously, take over the role of the Justice Department or of Congress," Democratic Commissioner Ellen Weintraub told other commissioners Thursday, "but I do think that we could do this little piece."

The Justice Department, Senate and House are separately investigating Russian interference in the election. Front groups placed ads on Facebook, Google and Twitter, targeting specific sectors of the voting population. The coordinated strategy and the funding sources in Russia were uncovered long after Election Day.

The commissioners voted unanimously to draft rules for disclosing who pays for small ads that appear on digital platforms. Small ads need special attention because a disclaimer itself — the equivalent of the "paid for by" tagline in a TV spot — would be bigger than the ads.

This first step by the FEC is a small one — in fact, it wouldn't cover many of the ads in question. The commission requires disclosures for paid Internet advertising that expressly supports or attacks candidates. Many of the Russian ads didn't mention candidates Donald Trump and Hillary Clinton, focusing on divisive issues instead.

"What we're talking about is not changing fundamental disclaimer rules," Republican Commissioner Lee Goodman said. "Current law already provides disclaimers and the transparency that they provide, on paid ads, on the Internet and on digital, mobile devices."

The FEC set its regulations on Internet advertising in 2006, and as commissioners noted, the online world has changed since then. There is no timetable for drafting or getting public comment on the new rules.