Accessibility links
Joe Biden Remembers His Son In His New Memoir NPR's Michel Martin spoke with Biden this week about his new memoir, his family and the Anita Hill case. 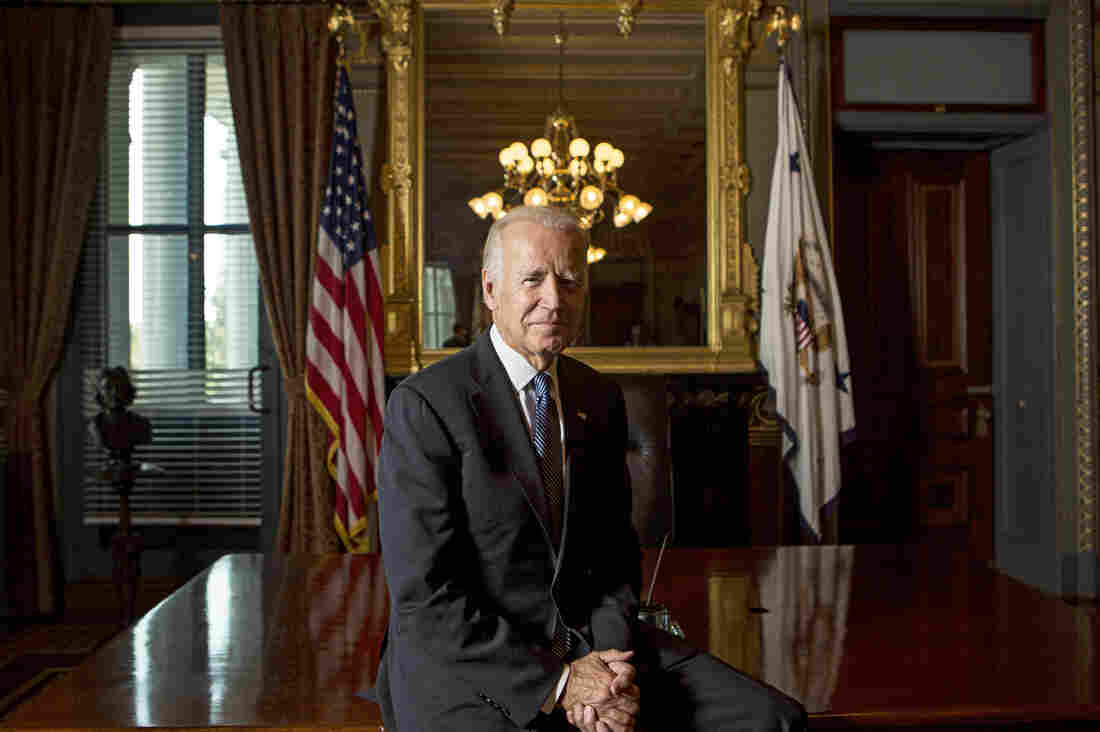 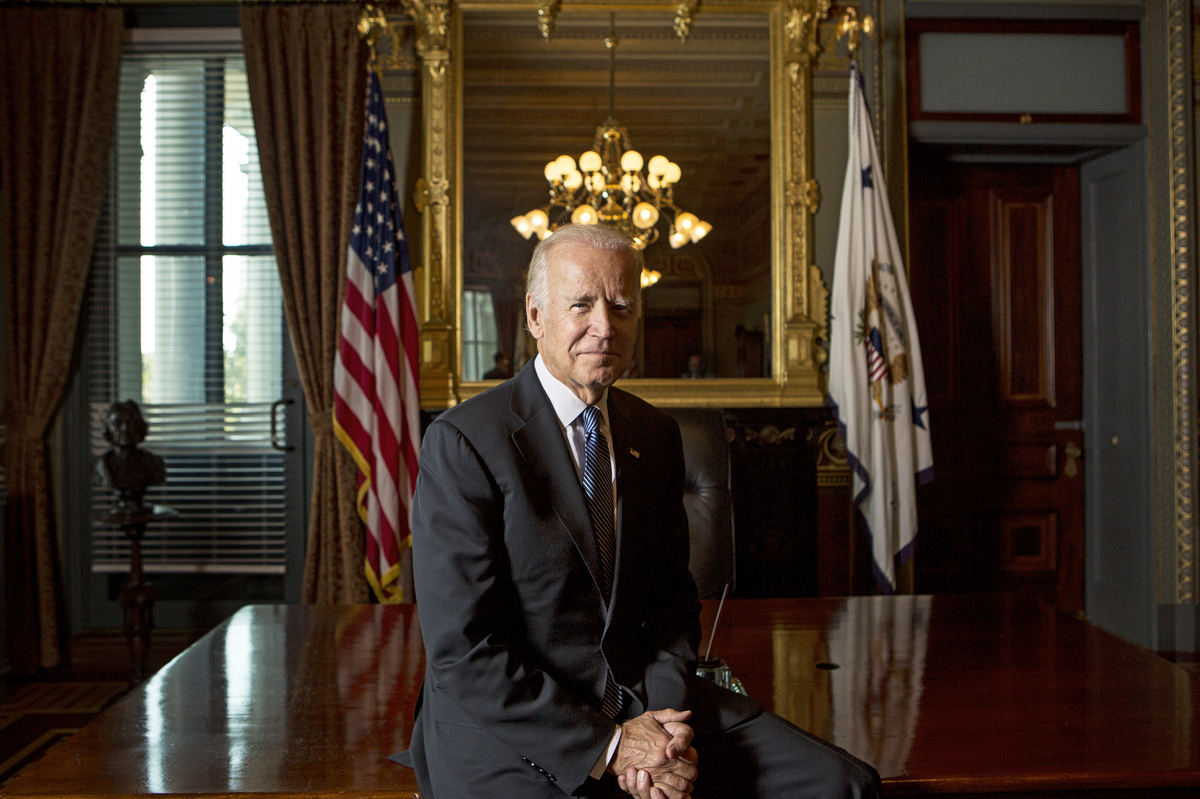 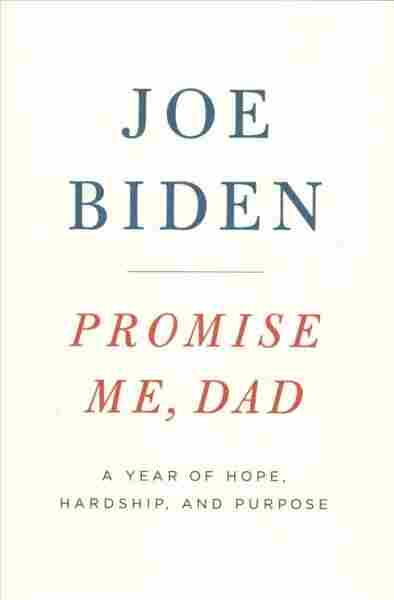 A Year of Hope, Hardship, and Purpose

This week, former Vice President Joe Biden spoke with NPR's Michel Martin, promoting his new book that reflects on his late son Beau's battle with brain cancer. During the interview, Biden also told NPR he has "no plans" to run in the 2020 presidential election.

Although Martin and Biden's conversation touched on many topics, it was apparent Beau's memory and presence continue to be at the forefront of his mind.

Along with his book, family and 2020 election prospects, NPR asked about Anita Hill's allegations of sexual harassment against Justice Clarence Thomas.

In 1991, Biden was the chairman of the Senate Judicial Committee during Supreme Court Justice Clarence Thomas's confirmation hearing when Hill's accusations came to light. People criticized Biden's handling of the hearing, blaming him for apathy towards Hill. With the so-called Weinstein effect empowering women to come forward regarding sexual harassment and abuse, Hill's case has resurfaced, with many criticizing the way her allegations were handled.

"That's why I wrote, I personally — with my own hand — wrote the Violence Against Women Act," he says.

"The part that I feel badly is: Anita Hill did not get treated fairly," he added.

On the difficulty of writing the book and the subsequent tour

Well, it's been a lot harder for me than I anticipated. I'll be blunt, I've been fairly surefooted about the things I've done in my career. This is the one place that I feel the least surefooted. The reason I wrote the book was because I wanted people to know what a remarkable man my son was. And I also wanted to give hope to people who have gone through what we are going through without anywhere near the amount of support we've had, and some with considerably more difficult crisis to face.

On coping with the death of his wife, daughter and son

There was a time, the first time around, when I actually began to lose my faith. But I had a father who wouldn't let that happen. It's the "Why me, God?" sort of syndrome. One time, I was essentially expressing that by my body language to my father, and he came over to the house. My father was a well-read, high school-educated man who was very graceful. He had gone to a card store and he got one of those rectangular frames with a cartoon inside of it. And it was Hagar the Horrible and there's a picture of Hagar's boat, having been hit by lighting, and it's sinking. And he's shaking his fist at heaven saying, "Why me, God?" In the next frame, a voice from heaven comes out and says: "Why not?"

And my dad taught us you just gotta get up. Where does it say the world owes you a living, pal? Get up. Get up. And what I learned the first time around was when you have purpose, it makes it all easier to deal with and you find yourself, at least I find myself internalizing: "What would my Beau want me to be doing now? What would Beau think of me if I didn't step up and do this?"

I still have that cartoon. If you come to my house, it sits on my desk. I've had it on my desk for the last, probably 25 years.

On Anita Hill and the Clarence Thomas allegations

I believed her allegations. I believed her allegations and said so, number one. Number two, that was 25 years ago and we've learned a lot since then. Number three, because of — and I talked then about harassment being a major, major social issue that we were not confronting. Number four, that's why I wrote, I personally — with my own hand — wrote the Violence Against Women Act. And that's why I had to fight through women's groups that didn't support it at first because they thought it was going to overcome the issues of choice and gender. And they eventually surrounded it and embraced it and we got it passed.

Absolutely, and I said [the Violence Against Women Act was because of Anita Hill].

The part that I feel badly is: Anita Hill did not get treated fairly. The part that was the most difficult was there were two witnesses — one major witness, a very substantial, well-respected woman who would be able to give evidence that she was told contemporaneously by Anita Hill what was happening. And so at the last minute, she said she did not want to testify.

So I had a really bright guy running the committee, well-known guy named Ron Klein and he suggested: look, we better go to her hotel and have an affidavit where, if she says she's not going to testify, she has to sign and say she's not. We want you to testify.

Now people say I should have made her testify, but what happens if she testified and she didn't corroborate what was happening, if she remained silent? Then I knew that would make sure Clarence Thomas would be on the Court. As it turned out, he got the smallest margin of any Supreme Court justice in history who made it. But I fought like hell to keep him of the court. But the point is, it took enormous courage for Anita Hill to — and she did get treated unfairly. I tried my best but she got treated unfairly — the way Republicans went after her. And I said then: You don't understand. This is about a national problem: harassment.

I do think we're at the moment. And by the way, this is all about the abuse of power. Clarence Thomas was [Anita Hill's] boss, Weinstein controlled the careers of so many people. All the people you see now are a bunch of cowards, and these guys deserve to be in jail.

On Thanksgiving with his family

No, we don't [set a place for Beau]. That was the hardest part, was that figuratively empty chair. But now Beau is — we're getting by the second year here and Beau is part of this. We talk about him, and we can talk about him now without crying. [My granddaughter Finnegan] had these bracelets made up: WWBD, "What would Beau do?" That's what we focus on now. I think now that things are getting better.

Former Vice President Joe Biden's book Promise Me, Dad: A Year of Hope, Hardship, and Purpose is out now. He spoke with NPR from the New York City bureau.