Accessibility links
As Native Americans Face Job Discrimination, A Tribe Works To Employ Its Own About a third of Native Americans say they have experienced discrimination in the workplace when seeking jobs, or when getting promotions or earning equal pay, according to a new poll by NPR 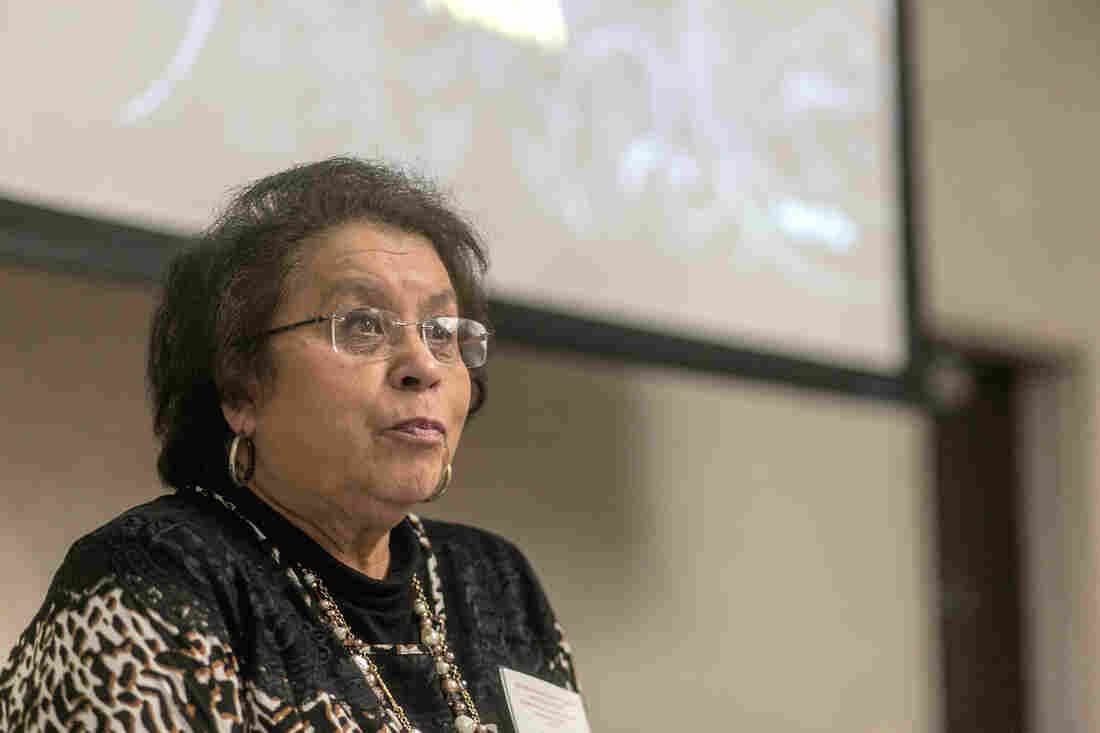 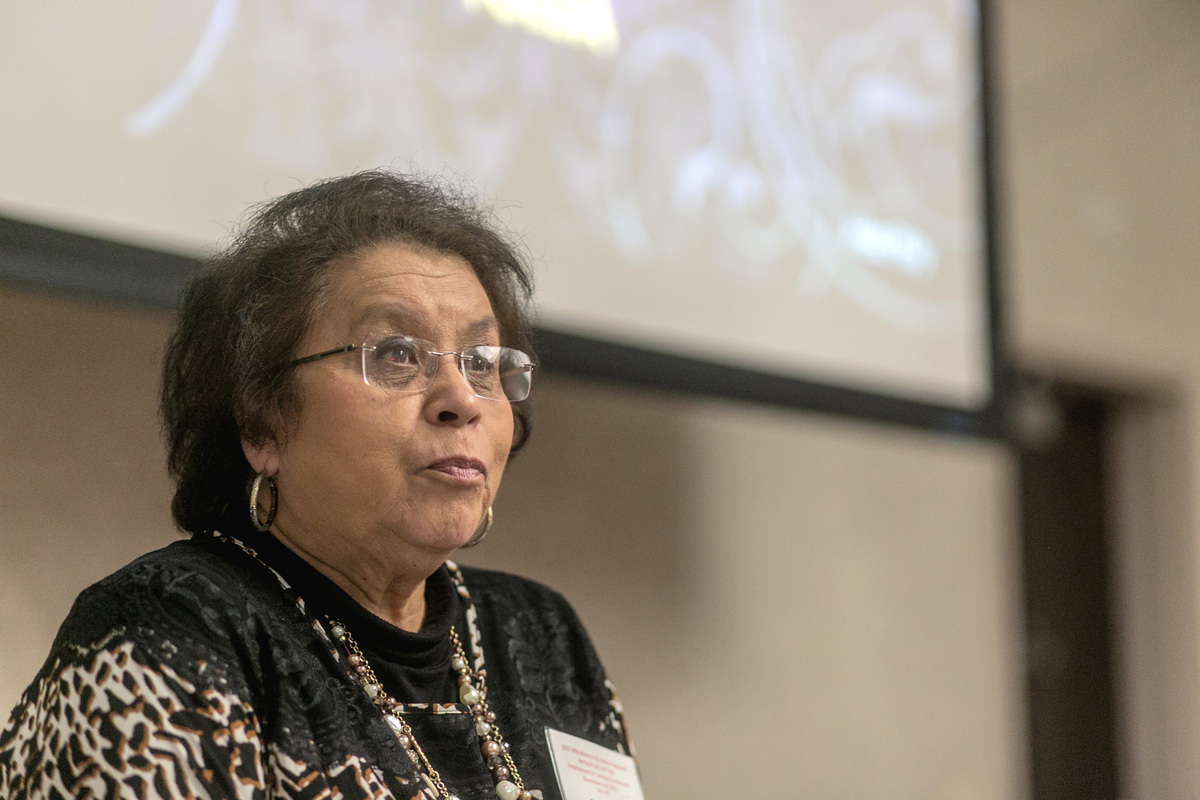 Diane Kelly, executive director of career services for the Cherokee Nation, runs an employment workshop for tribal members at the Hard Rock Casino in Tulsa, Okla.

When he started working as a bartender a few years ago in Seattle, Howie Echo-Hawk says he began experiencing discrimination. First, a bar manager told him to get a respectable haircut.

"I had a Mohawk, which is the traditional style of my people and I wore it because of that," he said. Echo-Hawk is a member of the Pawnee Nation of Oklahoma.

Rather than argue, Echo-Hawk cut his hair. Then, a few months later, he broke his ankle and had to take some time off.

"When I finally came back to work, one of the managers their told me: 'That's what happens when you Indians get your firewater,' " he said. "And so, I filed a complaint very quickly, and basically put in my two weeks notice."

About a third of Native Americans say they have experienced discrimination in the workplace when seeking jobs, or when getting promotions or earning equal pay, according to a new poll by NPR, the Robert Wood Johnson Foundation and the Harvard T.H. Chan School of Public Health. Slightly more said they were on the receiving end of slurs or negative comments based on race.

Still in Seattle, Echo-Hawk says racial misconceptions followed him to his first communications job. His company launched an advertising campaign using Indigenous people in it. He says those images have been widely criticized by Native communities, because they posed Indigenous peoples in colorful outfits that didn't accurately represent their culture or heritage.

"I was pretty livid," he said.

Echo-Hawk met with his bosses several times, and they offered a compromise. But, he said, afterward, his superiors treated him differently. The whole experience left a sour taste in his mouth.

"This is something that I feel is important for anybody who is trying to understand someone who has to talk about their oppression to the people who benefit from that oppression, you're pleading your humanity, and to do that is hard."

That is hard if you already have a job, and even harder if you're seeking one. In the NPR poll, almost two-thirds of Native Americans living in majority Native areas say the availability of local jobs was worse than other places. About the same amount also say Native Americans are paid less than white people for equal work.

The Cherokees are trying to change that.

Diane Kelly is the executive director for career services for the Cherokee Nation. When she started in this office 40 years ago, one of her main jobs was to protect tribal members against workplace discrimination.

"A lot of the people back then were working as temps, they weren't actually working on a full-time basis. They were working during seasonal-type work, and the ones that were maintained and kept were normally not the Indian people," she said.

Kelly says her work is now changing. Today, the tribe employs more than 11,000 people, not including contract work with Native-owned businesses. With federal support, Kelly helped established one of the largest tribal employment offices in the country.

"Anybody that wants a job today can get a job," Kelly said. "I'm serious. There are jobs everywhere."

Chief Bill John Baker made job growth a priority in part because of the legacy of centuries of oppression against Native peoples. He says were it not for the Cherokee Nation's economic success, many tribal members would have little to no employment opportunities.

"Anytime we put out a hiring call, we try to hire family first," he said.

The Cherokee Nation is hiring everyone from janitors to doctors, and the tribe is trying to remove employment barriers through scholarships and education and job training programs, Baker said.

"As long as we've got Cherokee citizens that are needing jobs, we're going to try and put those paychecks in the hands of tribal citizens," he said.

By circumventing a legacy of institutional discrimination, some tribes like the Cherokee Nation are not only providing jobs for their members, but they're also becoming major economic forces in their regions. The Cherokees report they now have an annual economic impact of more than $2 billion in Oklahoma.