Accessibility links
What Is Poppy? Poppy is an Internet phenom, known for her strange YouTube videos and her Japan-inspired bubblegum pop. She and her director, Titanic Sinclair, talk with Scott Simon about who, or what, Poppy is. 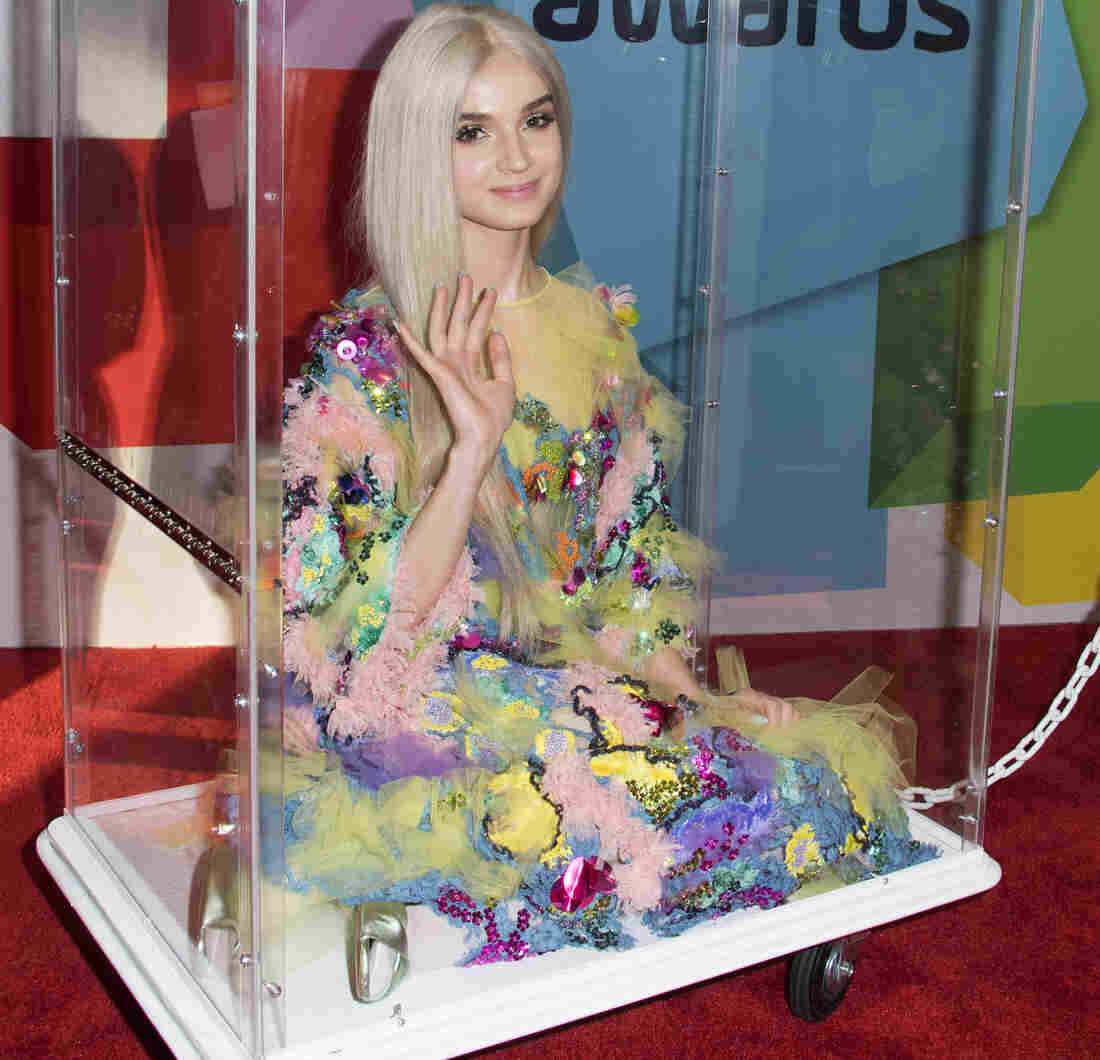 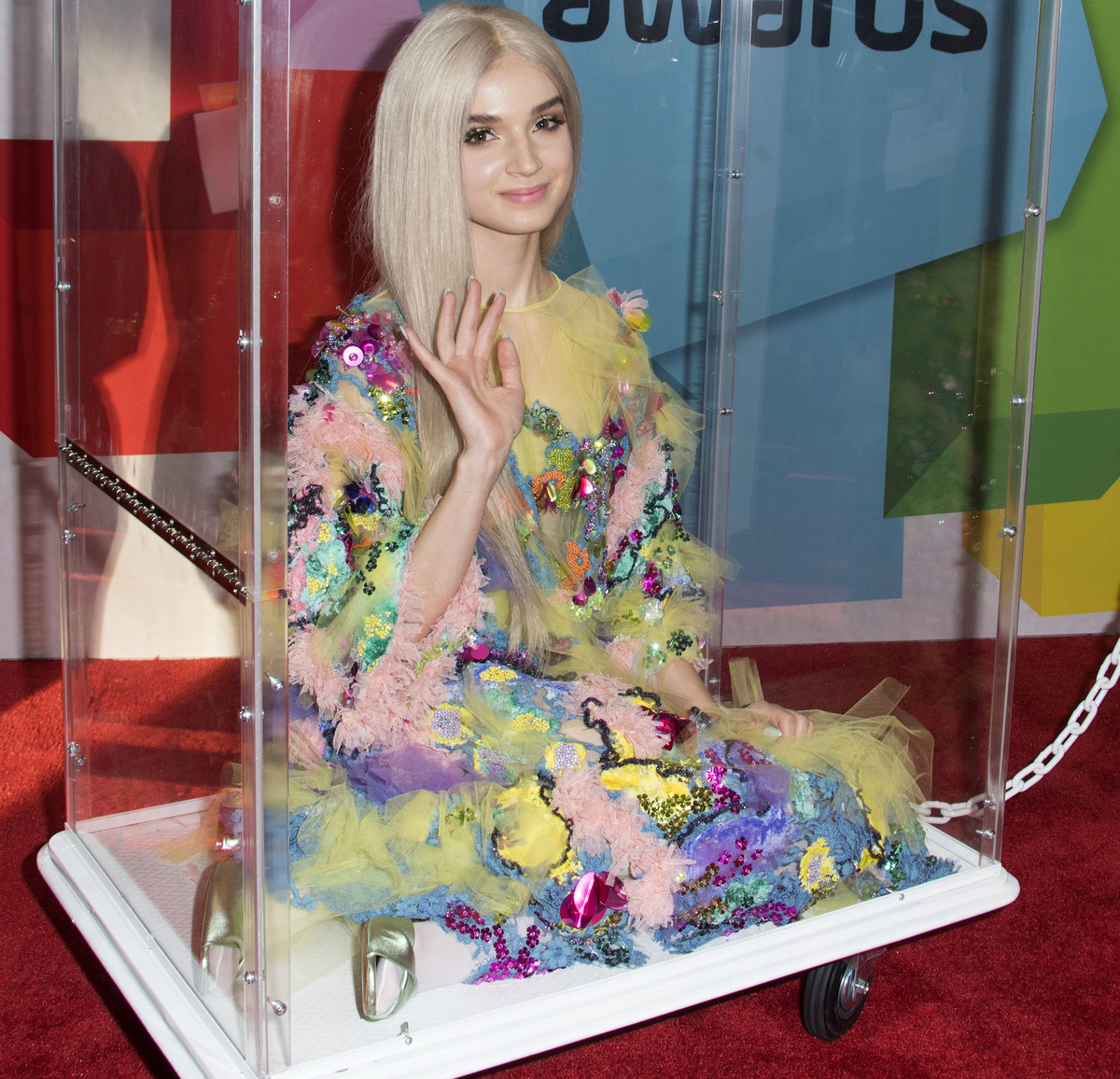 She is a YouTube phenomenon with more than 200 million views.

She is Poppy. And her fans are called "Poppy Seeds."

But exactly who (or what) is Poppy?

Poppy posted her first YouTube video in 2015 after teaming up with self-proclaimed director Titanic Sinclair. The video is titled "Poppy Eats Cotton Candy," and she does just that. The bleach-blond woman sits in front of a white backdrop eating baby-pink cotton candy for one minute and 22 seconds.

Her most popular video, "I'm Poppy," has garnered 12 million views. It's 10 minutes of Poppy saying her name over and over again.

Poppy's real name is Moriah Pereira, and according to sleuthing by dedicated fans, she is from Nashville, Tenn. Sinclair's given name is Corey Mixter. But neither artist wants to reveal their past. When Simon asks whether she knows Moriah Pereira, Poppy tells him, "I don't know who that is ... I'm Poppy."

In all, Poppy and Sinclair have created 300 videos together. Most are less than a minute long. The videos usually feature Poppy in an avant-garde costume, whimsically contemplating the problems of the world. "I am an important artist. And I make art. Therefore my opinion matters," she says in one.

"So many people have asked me if I am in a cult. I'm not in a cult," she insists in another.

For many, the videos are mesmerizing; Poppy's soothing voice and the new age electronic music underneath sweeps viewers from one video to the next.

Poppy's real passion is her music. She has even won a Streamy Award — which honors the best in online video and the creators behind it — for Breakthrough Artist. Poppy released her first full-length album in October titled Poppy.Computer. The album closely follows the themes of her YouTube videos: technology, fame and navigating youth in the Internet age. Sinclair tells Simon that the album is heavily influenced by the bright colors and happy sounds of Japanese kawaii culture.

One of the album's featured tracks, "Computer Boy," recalls Poppy's intimate relationship with an online love. "The only thing that brings me joy is my computer boy," she declares over pulsing electronic beats. Another track, "Let's Make a Video," is an upbeat ode to the YouTube channel that has built her career. But it's also strangely melancholic, a rumination on the shallowness of social media culture. "Pop Music" rounds out the album. It's the only acoustic track, celebrating pop music's ability to move people.

As Wired writer Lexi Pandell noted in a profile of Poppy earlier this year, "Poppy's fans seem to hold two conflicting opinions about her: that she can parody YouTubers and bubblegum pop stars and be venerated like the very celebrities she lampoons." 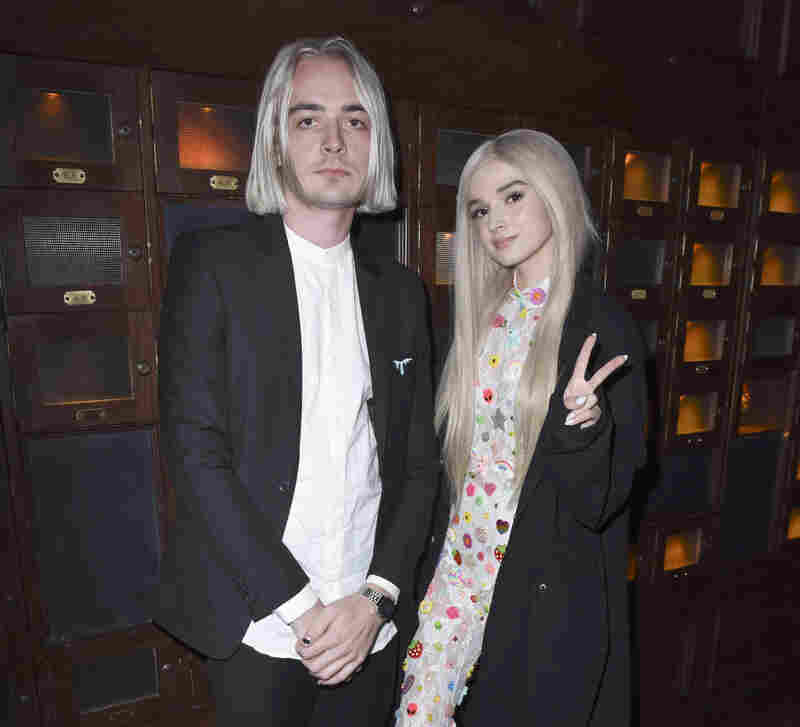 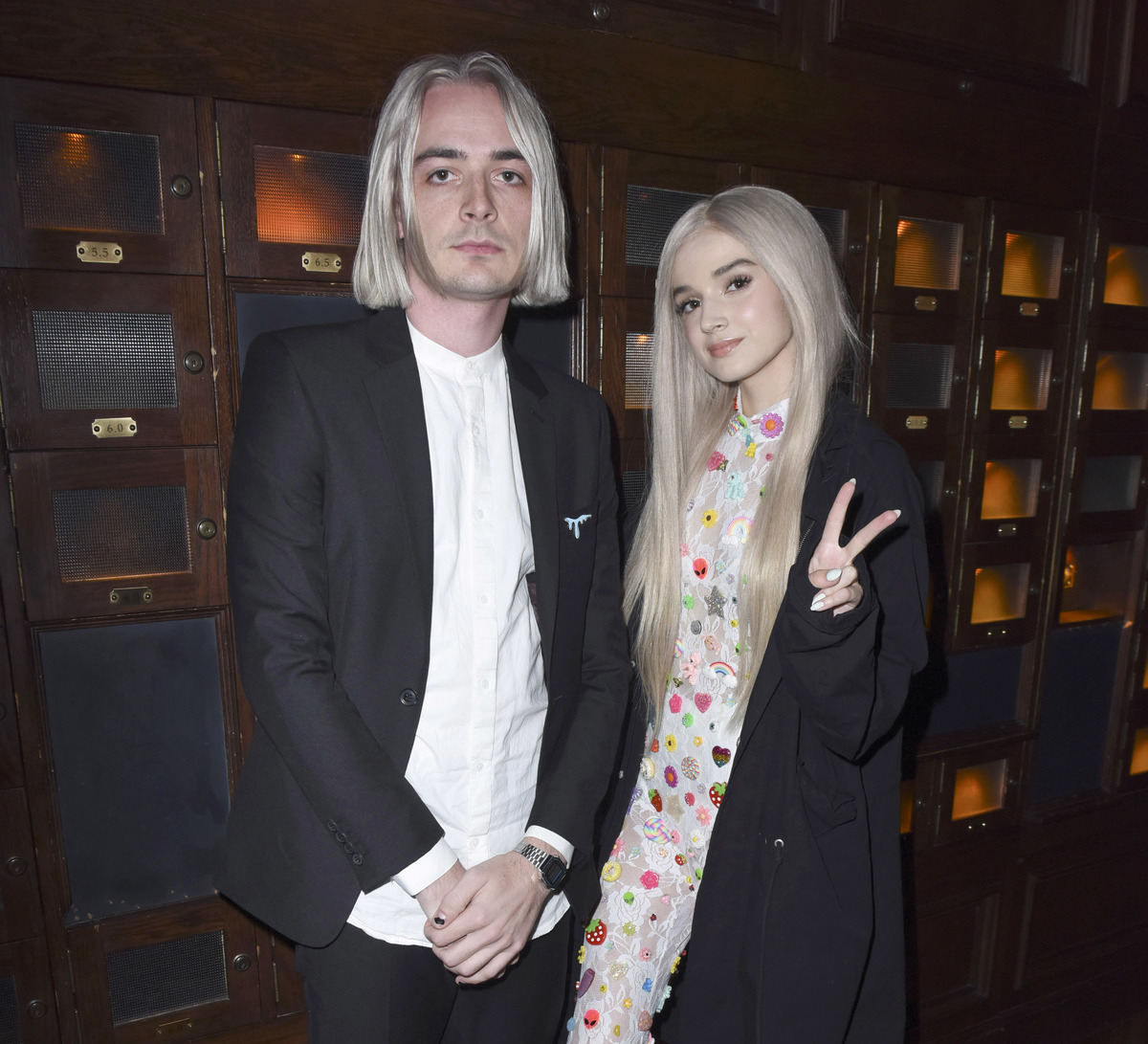 Poppy posted her first YouTube video in 2015 after teaming up with self-proclaimed director Titanic Sinclair.

Poppy tells Simon, "I hope I'm the most special part of [my fans'] day. I want them to feel like I'm taking them to a part of their imagination they've never experienced. Poppy's world is a magical place, and it's the most free part of the entire universe."

Sinclair helps Poppy make that world. Fans call him a creative mastermind. Critics call him a cult leader. Sinclair often criticizes other artists on Twitter for their lack of authenticity. He tells Simon, for example, that Taylor Swift's new album Reputation is overly manufactured. "You have all these trust fund kids who bought their way basically into the business and their songs are all about how rugged they are," he says.

Another interesting factor about Poppy is her fraught relationship with Charlotte, a brunette mannequin with a computer-generated voice featured in many of her videos. Charlotte sings along with Poppy in "My Style," calling Poppy "an object" and a "pet." Charlotte tries to copy Poppy, a metaphor perhaps for those pop artists that Sinclair calls phony.

Poppy insists that there are hidden messages in her videos: triangles and numbers that allude to the Illuminati. Her "Poppy Seed" fans spend hours trying to make sense of them, according to Wired. Her fans dedicate their Twitter profile photos to her. They create videos like "Poppy's Hidden Conspiracy EXPOSED!" in which they have uncovered old yearbook photos and home videos of the singer.

Sinclair says that the point of Poppy is to push the boundaries of what we know and accept. "I think it's fun to be uncomfortable sometimes. Being able to have that kind of Goldilocks zone where you're not too hot, not too cold with comfort is missing a lot. It motivates a lot of what we make," he says.

Poppy seems to emphasize Titanic's point. "I could have sent another version of me in here [NPR] today. I could have sent my hologram," she tells Simon to a beat of stunned silence. Poppy refuses to say whether she is an act or a person. "It's a habit," she says of her identity. "I wake up, or do I even go to sleep? ... Sometimes I get powered down, but that's it."