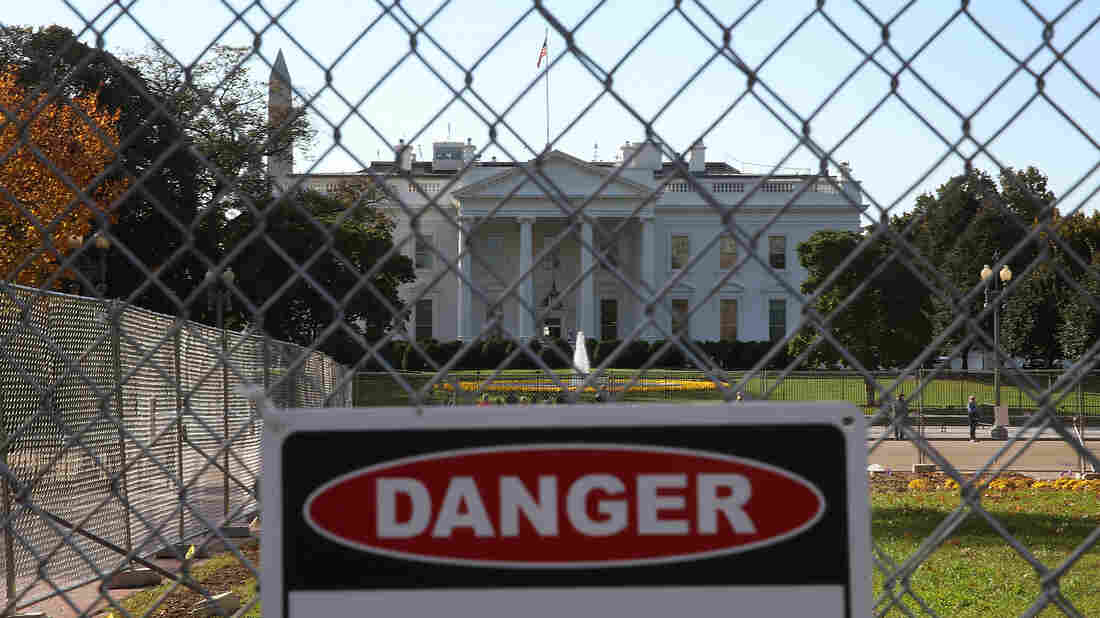 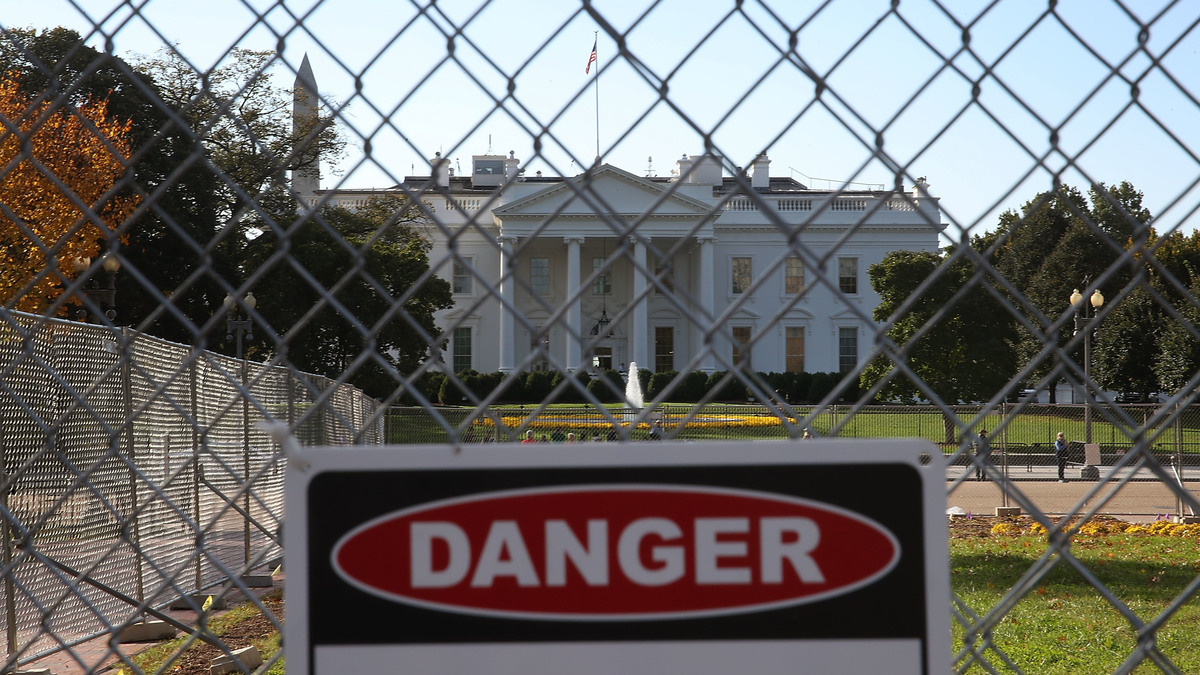 Knock, knock: It's the feds

White House officials are expecting some unusual guests in the short workweek before Thanksgiving: investigators from the FBI.

The team led by Justice Department special counsel Robert Mueller is set to interview a number of current administration officials, a top White House attorney tells NPR, although the official details are scarce about who specifically is involved.

"I sort of have a blood oath with Mueller that I don't get into that," White House lawyer Ty Cobb told NPR's Tamara Keith.

With Trump Back In D.C., Mueller's Investigation Enters The West Wing

There have been suggestions, however, that Mueller's team may want to talk with communications director Hope Hicks, senior adviser Jared Kushner and White House counsel Don McGahn and people on his staff. There have been reports that Mueller's investigators may already have spoken with policy adviser Stephen Miller.

One thing Cobb did say is that he expects the sessions to wrap up by Thanksgiving. And the DOJ Russia probe may wrap up not long after that, White House press secretary Sarah Huckabee Sanders has said.

Or not — the only person who knows the answer is Mueller.

Attorney General Jeff Sessions rejected accusations that he has changed his story about his Russia dealings during the 2016 campaign, telling members of Congress: "I will not accept — and reject — accusations that I have ever lied."

Sessions appeared before the House Judiciary Committee for hour after hour after hour smiling at bouquets from Republicans and snarling at brickbats from Democrats. Critics charge that he has changed his story about what he did or said during the presidential campaign, but he insists that isn't so.

Even the friendly GOP members, however, could not get the attorney general to do more than agree to look into whether to appoint a second special counsel to look into the parallel uranium-Clinton-FBI imbroglio.

Republicans want another, separate investigation to even the score, and although Sessions said the Justice Department will evaluate their requests, he did not offer supporters much hope that one might get rolling. That could change — President Trump has applied heavy public pressure on Sessions to go after Hillary Clinton, and the attorney general is said to want to keep his job if he can.

For now, Sessions avoided making any firm commitments, meaning Washington, D.C., begins the most joyous season of the year with just one sheriff in town.

Could a "toothless" old law get new fangs?

Until recently, the Foreign Agents Registration Act was barely a joke in the often-shadowy, always-lucrative world of big lobbying and advocacy. That was until Mueller used it to bring indictments against former Trump campaign chairman Paul Manafort and his business partner Rick Gates, as NPR's Miles Parks reports.

Now, people in the influence business are wondering whether Mueller will grab FARA like Excalibur from its stone and wield the law as it never has been before. Critics say that the Justice Department doesn't devote enough resources to enforcement and that the law itself is too weak to use energetically. But Mueller is a special counsel running a very unusual investigation.

At least two potential targets, as Parks reports, are former national security adviser Mike Flynn and his son, who are understood to have done extensive work for the Turkish government before they eventually registered as foreign agents.

And there could be others, including possibly people connected to the work that Manafort did for Ukrainian leaders or people still unknown in this imbroglio. 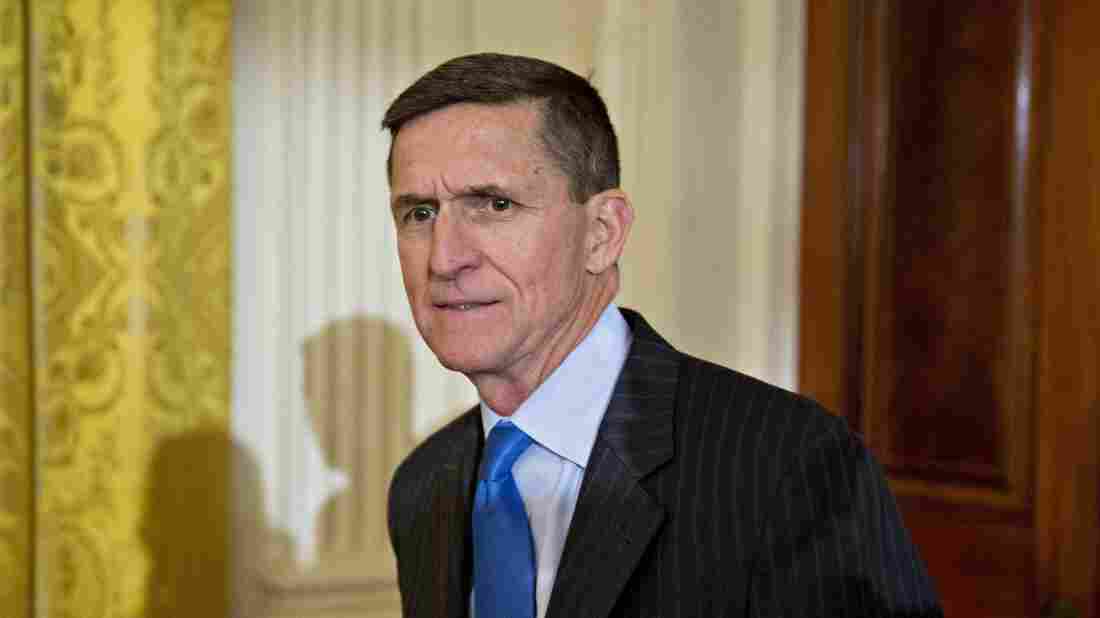 Former national security adviser Mike Flynn and his son, who are understood to have done extensive work for the Turkish government before they eventually registered as foreign agents, are seen as potential targets in the special counsel probe. Pool/Getty Images hide caption 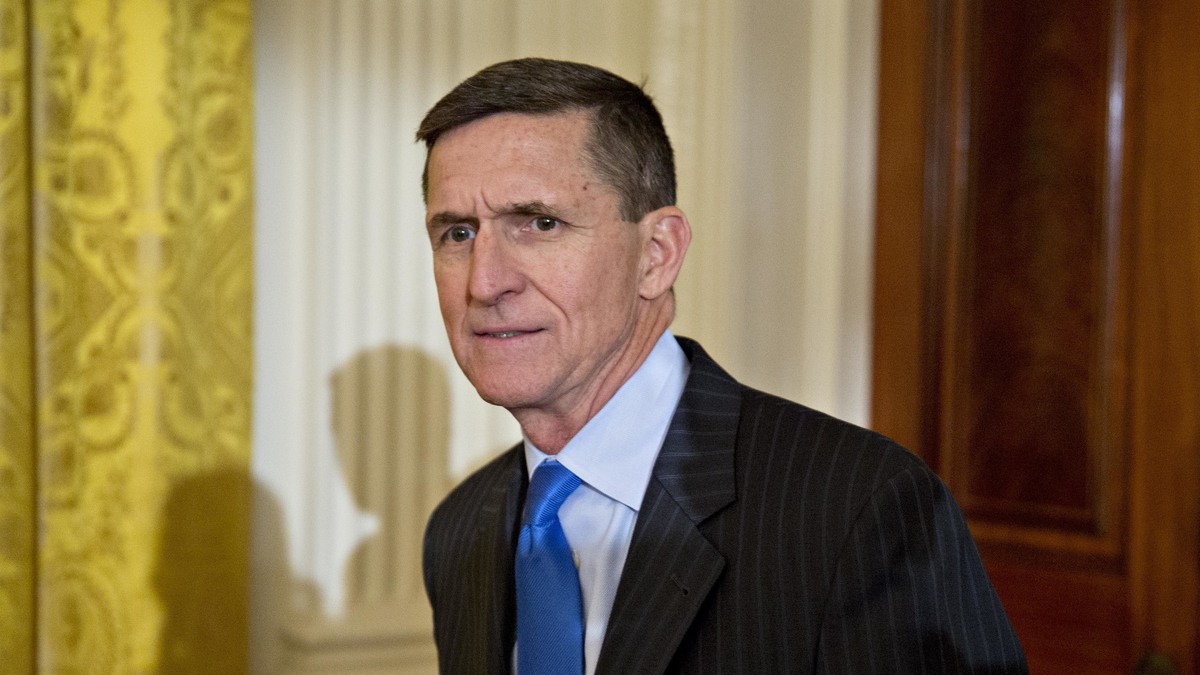 Former national security adviser Mike Flynn and his son, who are understood to have done extensive work for the Turkish government before they eventually registered as foreign agents, are seen as potential targets in the special counsel probe.

No matter what Mueller and his team decide to do, the Foreign Agents Registration Act may wind up stronger — members of Congress have introduced legislation to give the normal Justice Department, separate from the special counsel, more tools for enforcement.

The dossier wars wear on

The author of the infamous, unverified Trump dossier did not pay the Russian sources for the information they supplied — and he believes that its contents are between "70 percent to 90 percent" accurate.

So rang the latest shots and countershots in the war over the document, which NPR has not detailed because it remains unproven.

The Russia imbroglio is much bigger than the much-discussed dossier, but the salacious details it includes are emblematic of the story to many Americans. Trump supporters want to knock it down not only for its own sake, but also to quash the case that the campaign worked with the Russians who attacked the election last year. Opponents' incentive is also clear.

Which brings us back to last week: The founder of the political opposition research shop that underwrote that dossier told the House Intelligence Committee that the British ex-intelligence officer who wrote it did not pay his sources inside Russia for their tips, as Manu Raju, Jeremy Herb and Katelyn Polantz report for CNN.

That matters because the former spy, Christopher Steele, was a longtime operator inside Russia who cultivated his sources the old-fashioned way — as opposed to offering cash for hot tips too good to check. Bosh, say committee Republicans, per Raju and Herb. There is still no way to know whether anything in the file is true absent some kind of independent verification from the FBI, CIA or people in that world.

In fact, even Steele himself purportedly doesn't stand by every single word in the file, wrote Julian Borger in The Guardian. He did give himself a pretty good grade, however: Between "70 percent to 90 percent" of what is in it is accurate, he has told friends, per Borger.

"I've been dealing with this country for 30 years. Why would I invent this stuff?" Steele is quoted as saying.

Meaning what? Kushner and other figures in the imbroglio have had to update, revise, extend or otherwise amplify the completeness with which they've responded to these requests before. At the very least, the apparent incompleteness makes members of Congress cranky. It also contributes to the impression that with this story, there may always be another shoe to drop.

The curious case of Carter Page

The public picture of former Trump campaign foreign policy adviser Carter Page has changed considerably since his name first surfaced during the presidential race. In appearances on TV and on Capitol Hill, Page has sometimes baffled, sometimes evaded — and always denied, denied, denied that he has done anything wrong. Dan Zak has a new profile in The Washington Post.

Meaning what? The Page you might read about in the newspaper — with longstanding ties to Russia, pursued by the FBI, taking two trips to Moscow last year — is quite different from the bucket-hatted troubadour making the case for himself after the fact. Writes Zak: "Is he just a goofball, or is this some kind of act?"