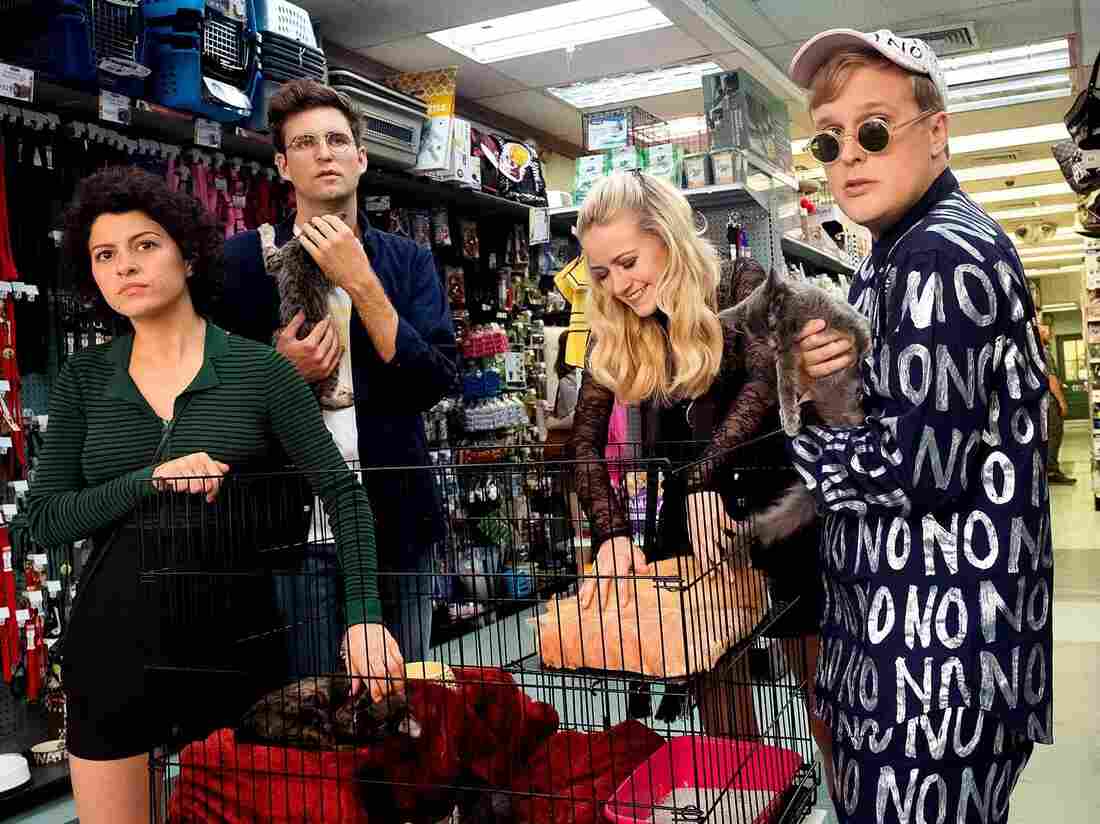 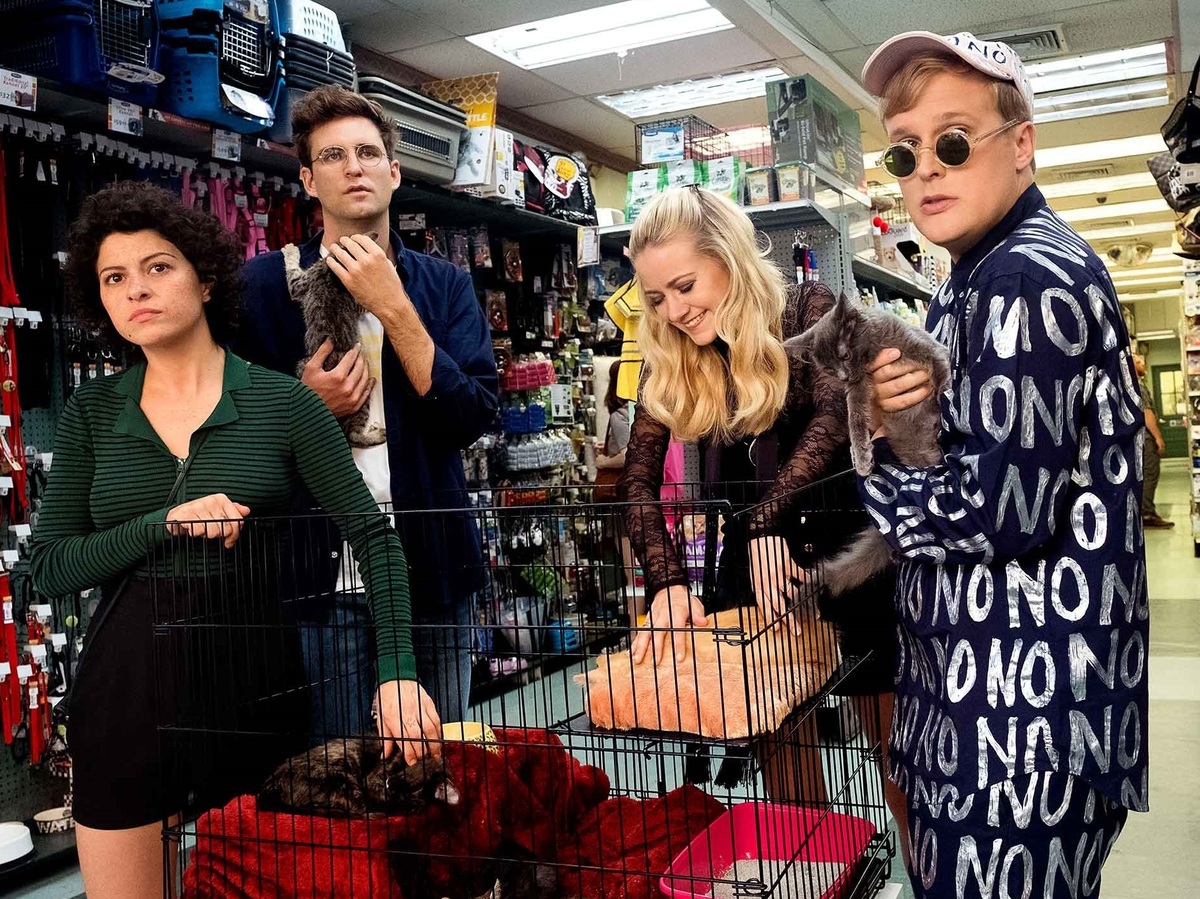 Search Party isn't for everyone.

But of course, nothing worthwhile is.

To determine if it's your kind of thing, here's a litmus test (which seems only fitting, given the series' blithely acidic sense of humor).

It's a throwaway line delivered, with performative, clutch-the-pearls moral indignation, by Elliott (John Early). He's expressing disgust at the fact that Chantal — the missing woman whom he and his friends have sought, and found, over the course of the show's 10-episode first season — has been less-than-truthful about her mysterious absence.

"Oh my god," he says, "I would never lie about abuse. And I lied about cancer."

There. How's that sit with you?

Before you answer, some context.

1. It's true, he did lie about having cancer. Very publicly. And over the course of the first season, his lie was exposed. Equally publicly. Which set up Elliott's second-season storyline — he's gotten a book deal, and an editor (the perfect Kate Berlant). He's also gotten a measure of stress about having to actually write the book, which manifests in a horrible, hilarious way.

2. The joke isn't simply the invocation of cancer. Search Party doesn't trade in glib, self-conscious edginess. No, that line is there to do real, characterizing work — to delineate Elliott's willful self-delusion, his ability to hold others in moral judgment despite his own perpetual state of abject moral bankruptcy.

Which is why, in the show's first season, Elliott and his three friends — vapid actress Portia (Meredith Hagner), spineless Drew (John Reynolds) and passive, directionless Dory (Alia Shawkat) — emerged so clearly, and indelibly. Yes, they were monsters — selfish, self-satisfied, self-interested New Yorkers, of a species bred so aggressively in writing rooms that they've overpopulated the television grid. But their comfort in their own awfulness was constantly undercut, called out, challenged by those around them — and by each other.

So, yes: Given the above, you may well decide that you don't want to spend precious hours watching such repellent characters go about their repellent lives. That's a perfectly valid response.

But I think it's important to acknowledge that the show knows they're awful, and is careful to situate them squarely within a strict moral universe. Over the course of the first season, they were far too sociopathic to notice that their actions had consequences — but we did. And that disconnect is what made the first season so deeply, mordantly, funny.

That first season was essentially a mystery: What happened to Chantal? The season finale answered that question and resolved the mystery, but introduced a new wrinkle — a dead body.

Over the course of the show's second season — the first two episodes of which air on TBS Sunday night — the four friends deal with that body, and the rippling consequences of what they've done. Given that they now involve a corpse, those consequences are now too big, too serious, too life-changing, for even these characters to miss. The moral universe they've managed to disregard over the show's first season has announced that it will no longer be ignored.

Separately and together, we watch them spiral through guilt, paranoia and the not-at-all paranoid fear of being discovered. As they do, the show undergoes a subtle tonal — and genre — shift: From comic mystery to darkly funny suspense.

That shift gives each of the characters — and the actors portraying them — more to do, as they are forced to confront emotional depths they (and we) didn't know they possessed.

The final episode of this second season satisfies in ways I won't get into here. But it also leaves an enticing door open for a Season Three — one that pushes any chance that these irredeemable characters might find even some small measure of redemption, somehow, in some way, even further out of reach.

Now: Is any of that uplifting? No, course not. But then, there's plenty of other shows offering tidy, comforting uplift.

The comfort Search Party offers vibrates at a different frequency altogether — as you watch these horrible, but weirdly relatable people get ripped from the cocoons of their own smug self-satisfaction to suffer through the hells created by that self-satisfaction, everything about it just feels indelibly right, and just, and true.

And also, not for nothing, blisteringly, uncompromisingly funny.