Accessibility links
NPR Music 10: 2009 2009 saw black entertainers celebrating a new president and the death of the King of Pop.

Listen to a discussion of the music of 2009

Read and listen: Memories from the year indie rock broke and the King of Pop died

Listen to a discussion of the music of 2009

Indie-rock flew its freak flag and had its sugary pop, too, in 2009. The most adventurous albums by the indie-rock elite (Animal Collective' Merriweather Post Pavilion, The Dirty Projectors' Bitte Orca and Grizzly Bear's Veckatimest) were also the bands' most successful, selling hundreds of thousands of copies and winning acclaim from critics and fans. 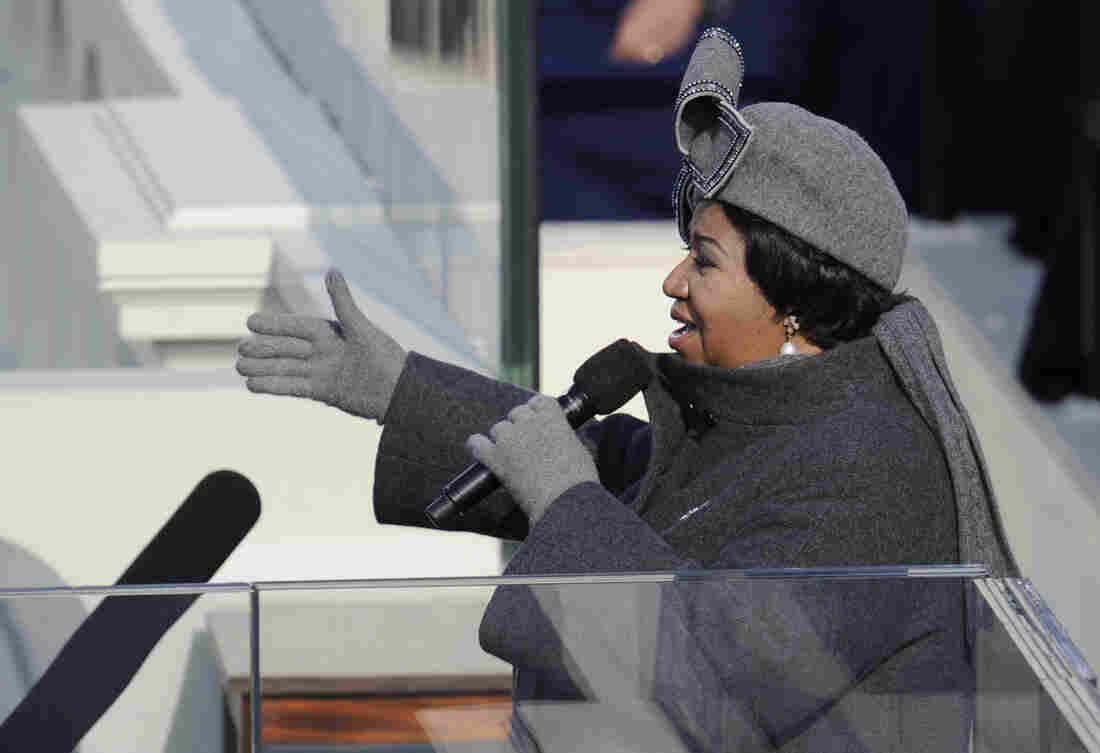 Aretha Franklin performs during the inauguration of President Obama at the Capitol on Jan. 20, 2009. Timothy A. Clary/AFP/Getty Images hide caption

As the Obamas entered the White House, Aretha Franklin saing "My Country, 'Tis of Thee" in a grey felt hat that spoke of a century's worth of church lady glamour, while Beyoncé sang Etta James' "At Last" for Barack and Michelle's inaugural slow dance. The Hip-Hop Soul Presidency had begun. 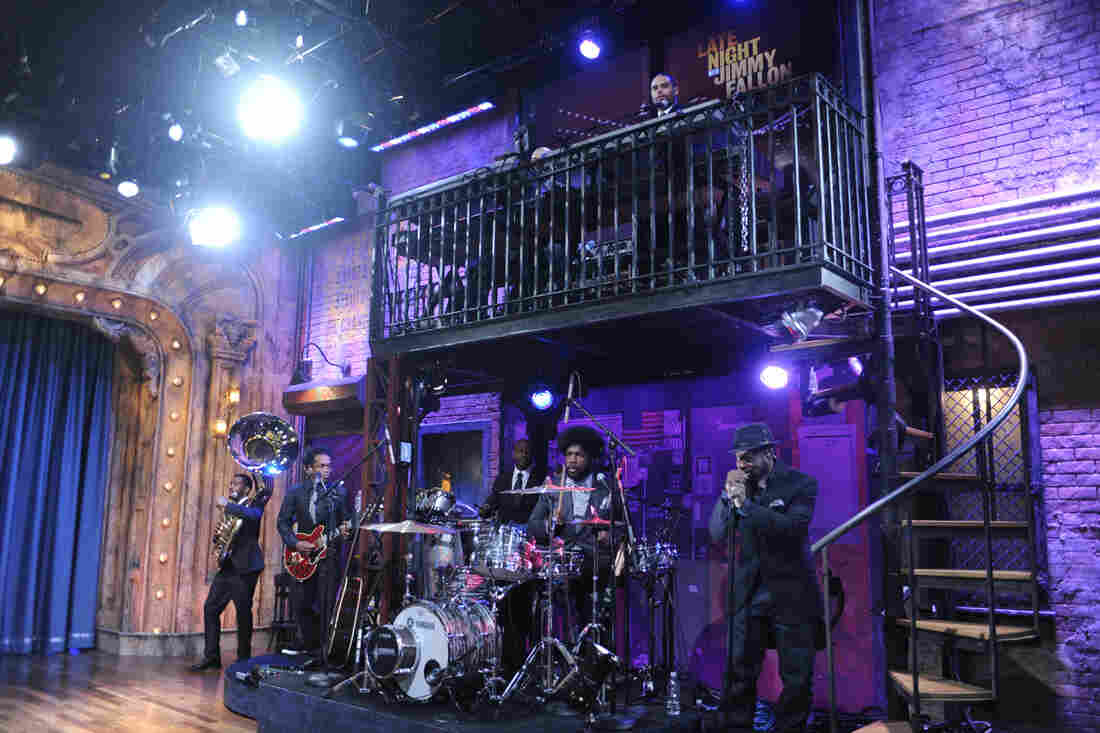 The Roots perform as the house band on Late Night with Jimmy Fallon on March 3, 2009. Dana Edelson/NBC via Getty Images hide caption

The musical calculus of late night hadn't changed in more than 20 years when The Roots brought hip-hop to the party, starting a wave that would also bring us renegade eclectics like Jon Batiste, Fred Armisen and Reggie Watts.

Virgin Megastore announces it will close all of its remaining U.S. stores 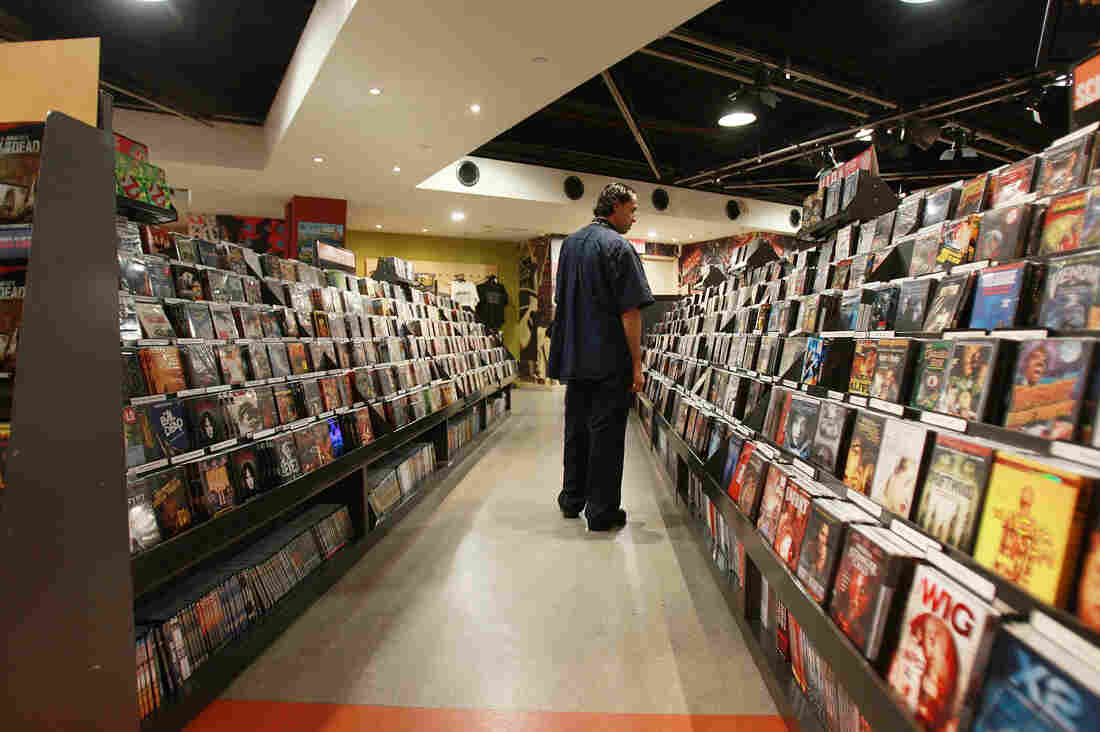 The last chain of brick-and-mortar music superstores in the states held on longer than Tower Records, but couldn't survive the collapsing compact disc market. It wasn't alone — FYE, a staple of malls that once had as many as 700 stores nationwide, announced it would close more than 100 the same year. 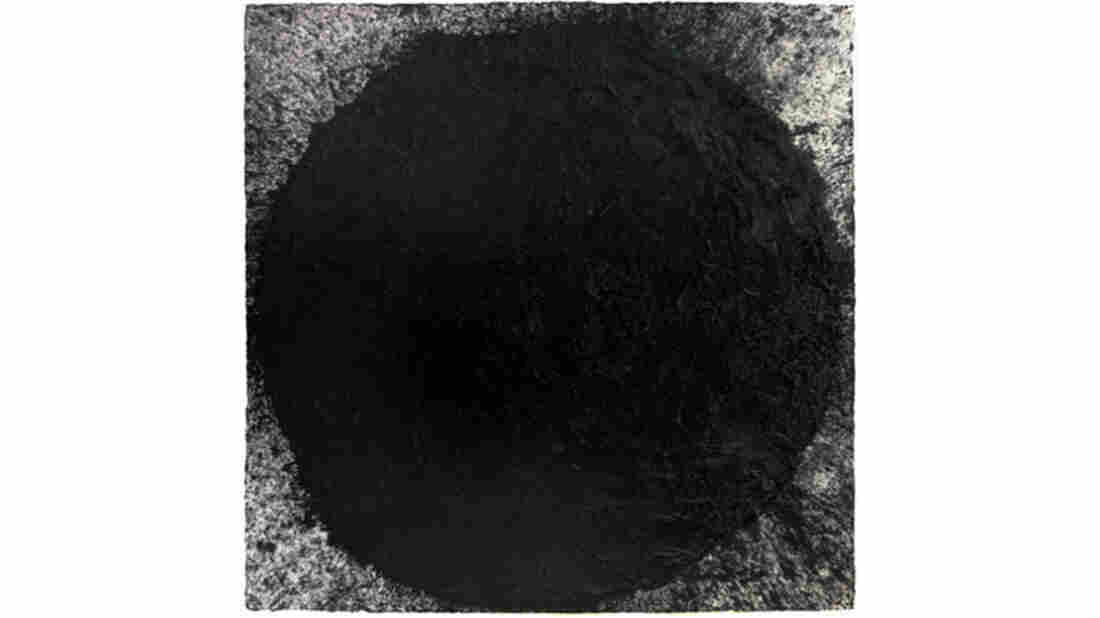 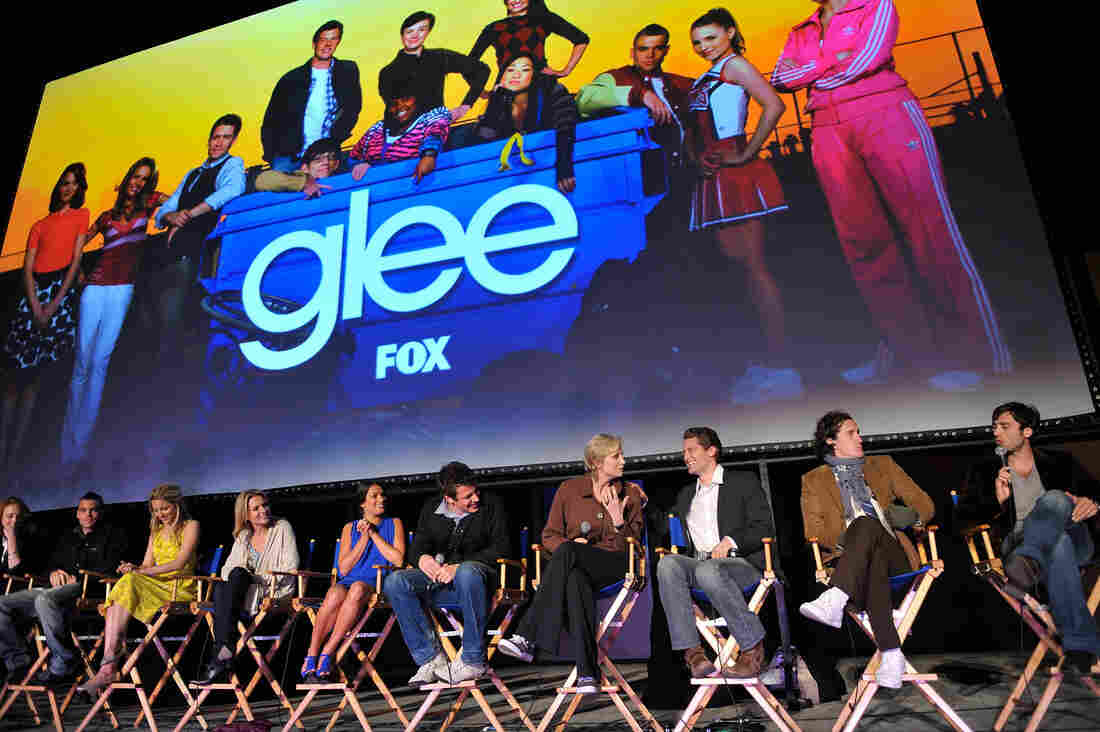 Glee made it cool to be a theater kid, or at least outwardly expressed the inner superstars all theater kids think they are. Unfortunately, that meant bringing back "Don't Stop Believin'" in a very real way. 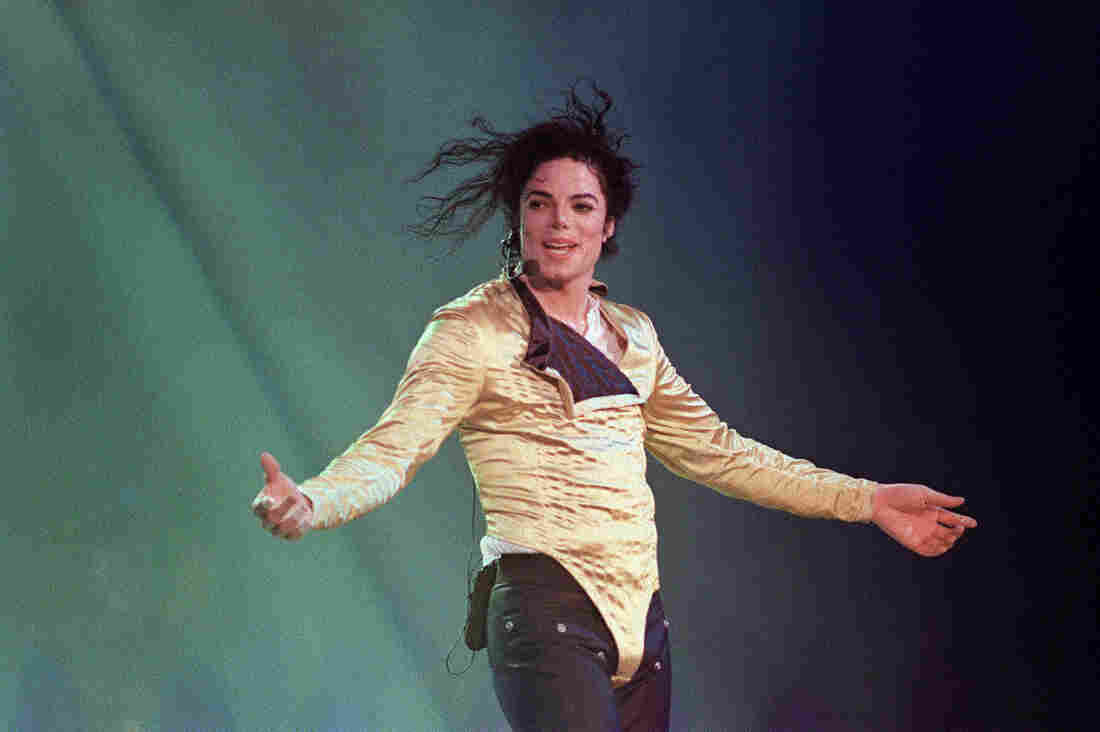 Michael Jackson performs before an estimated audience of 60,000 in Brunei in 1996. Jackson died on June 25, 2009. Francis Sylvain/AFP/Getty Images hide caption

The simple fact of Michael Jackson's death, early in the summer of 2009, was a shock. How could someone who had created so many immortal moments in pop music just be gone? But as his death sank in, so did another layer of understanding: Jackson's death marked the moment when a new generation of pop stars became elders. They were now the foundation upon which a new group of young listeners would define "our music." But they were also newly fragile.

Over the two decades that preceded this moment, Jackson's legacy had become more complicated. But his death freed many from reckoning with those troubling thoughts, at least for a time. I spent what felt like the entire summer hearing his music — which never went away — coming out of cars, shop and bar windows, stereos at parties and friends' earbuds. The reasons that some of us pulled away from Jackson's music would eventually seep back into our relationships with his legacy, but maybe casting them aside allowed us to look on the art itself with awe, something we needed in order to grieve for a musician whose own pursuit of perfection helped to do him in. --Jacob Ganz 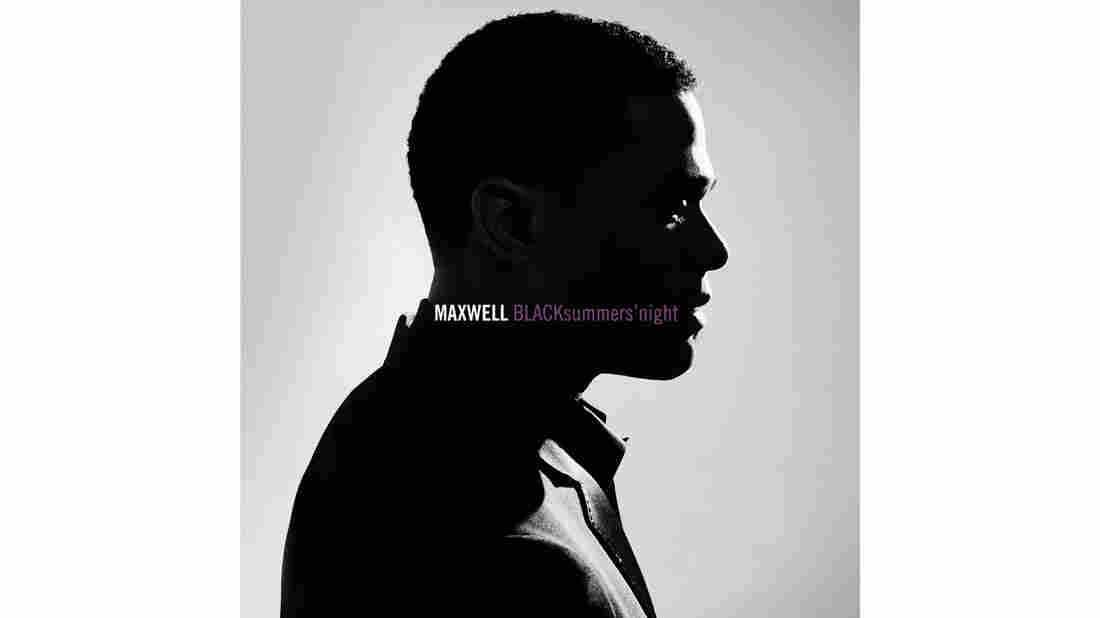 More than a return from the wilderness, Maxwell's sensual, solicitous new album (the first of a trilogy he's still working on) was a throwback-soul opus, featuring an ace band and a grown-up sense of self. 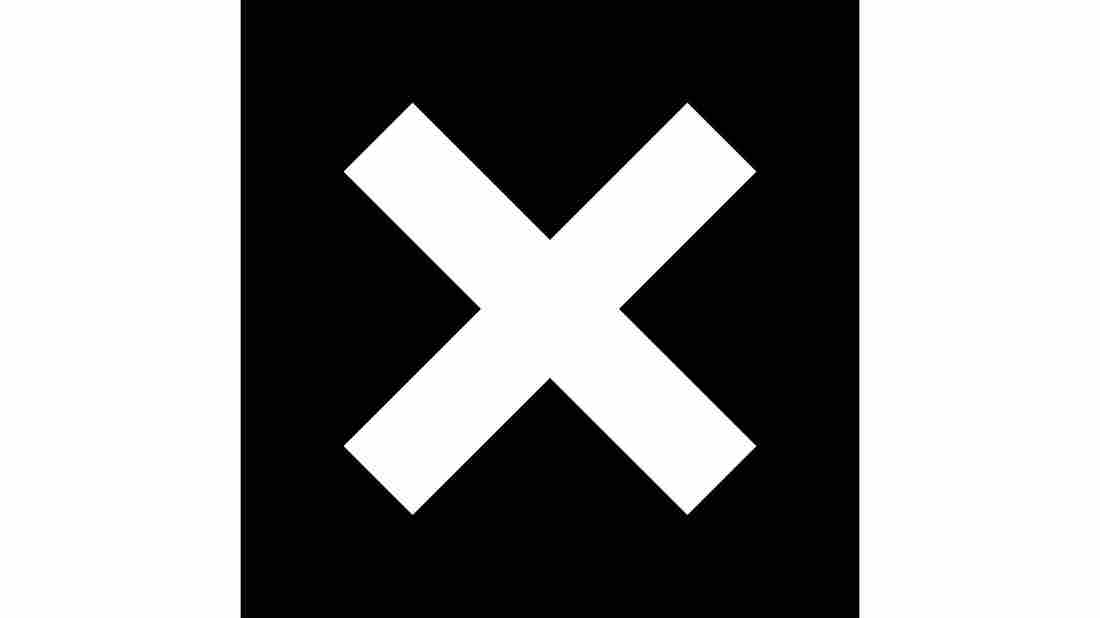 The xx's debut was a callback to the minimalist pop of Young Marble Giants, but also a sleek, sculptural refinement of modern dance music that discovered a universe of sound in small spaces.

Kanye interrupts Taylor at the VMAs 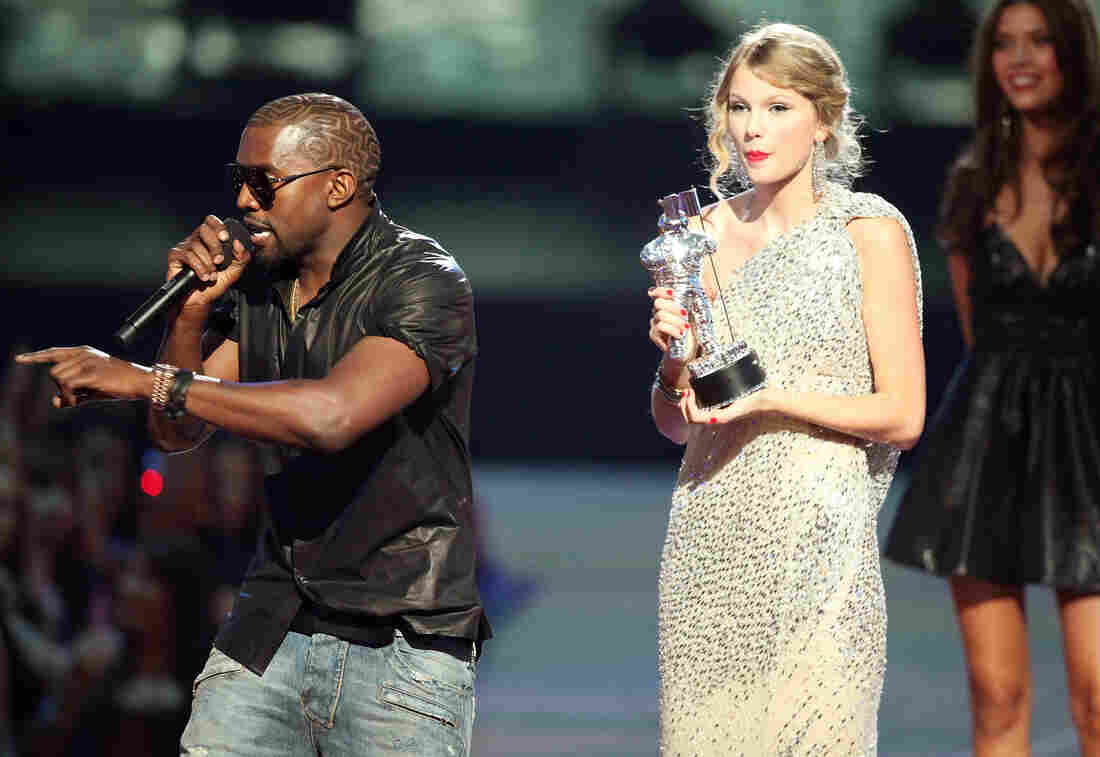 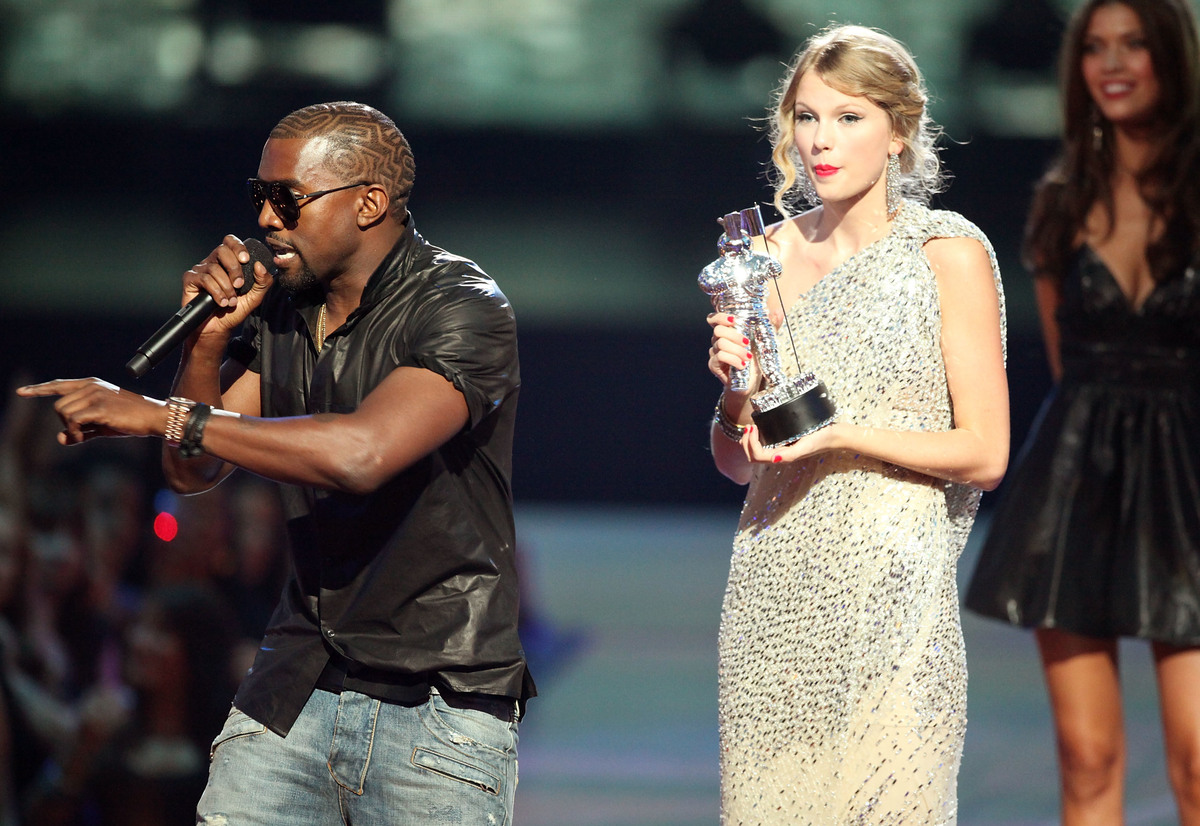 "Imma let you finish, but...." This phrase, blurted out by Kanye West as he collared Taylor Swift for winning an MTV Video Music Award he thought should have gone to Beyoncé, has become one of the most durable memes of the past decade. West, who's always had a way of being inadvertently profound --who could forget his post-Katrina outburst that "George Bush doesn't care about black people?" — was objecting to the choice of Swift's high school romance-driven clip over Beyoncé's innovative, instantly viral dance-oriented one. But his protest resonated further, encapsulating longstanding conflicts about race, gender and privilege that still echo today.

Was West behaving like a typical male, stomping on one woman's accomplishments in the name of defending another, who hadn't asked for his help? Or was Swift, who after this became associated with a certain brand of white feminist privilege and self-identified victimhood, the real problem? After eight years of the two stars feuding, making up, and feuding again, the deeper issues behind a silly awards show spat have virulently surfaced: Every day, many of us engage in highly emotional, sometimes unhinged debates about who shapes our culture, who gets to speak and who's being victimized. Meanwhile, Beyoncé — who silently stood outside the storm, choosing to speak about issues of identity and privilege in her work instead of through the entertainment media — has remained unassailable and flawless. --Ann Powers 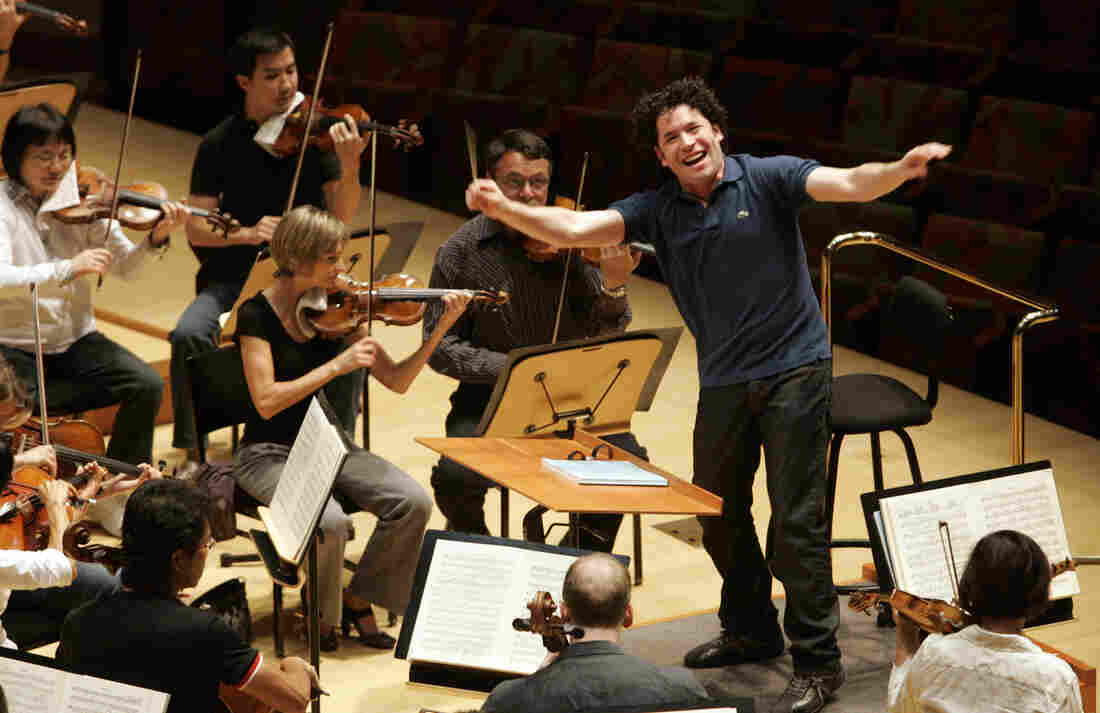 Gustavo Dudamel (right) as the Musical Director of the Los Angeles Philharmonic in his first rehearsal with the orchestra at Walt Disney Concert Hall on Sept. 29, 2009. Lawrence K. Ho/LA Times via Getty Images hide caption

"Dudamania" was already in full effect — Gustavo Dudamel had a house in Hollywood Hills, photographers documented his every move, and there was even a "Super Special" named after him at Pink's, the venerable Los Angeles hot-dog stand. But this was the first time the Venezuelan conducted the L.A. Philharmonic as its music director, with a free performance of Beethoven's Symphony No. 9 before an audience of nearly 18,000 at the Hollywood Bowl. 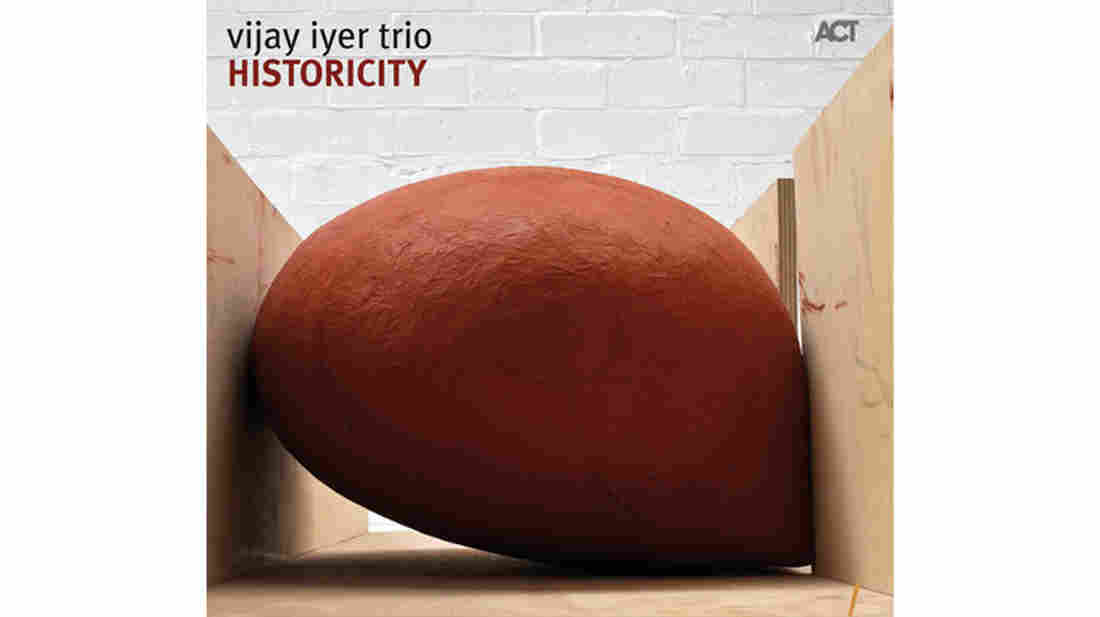 The official rollout of Iyer's trio highlighted new complexities of pulse in jazz, mainstreaming them with ingenious covers of tunes by Ronnie Foster and M.I.A. 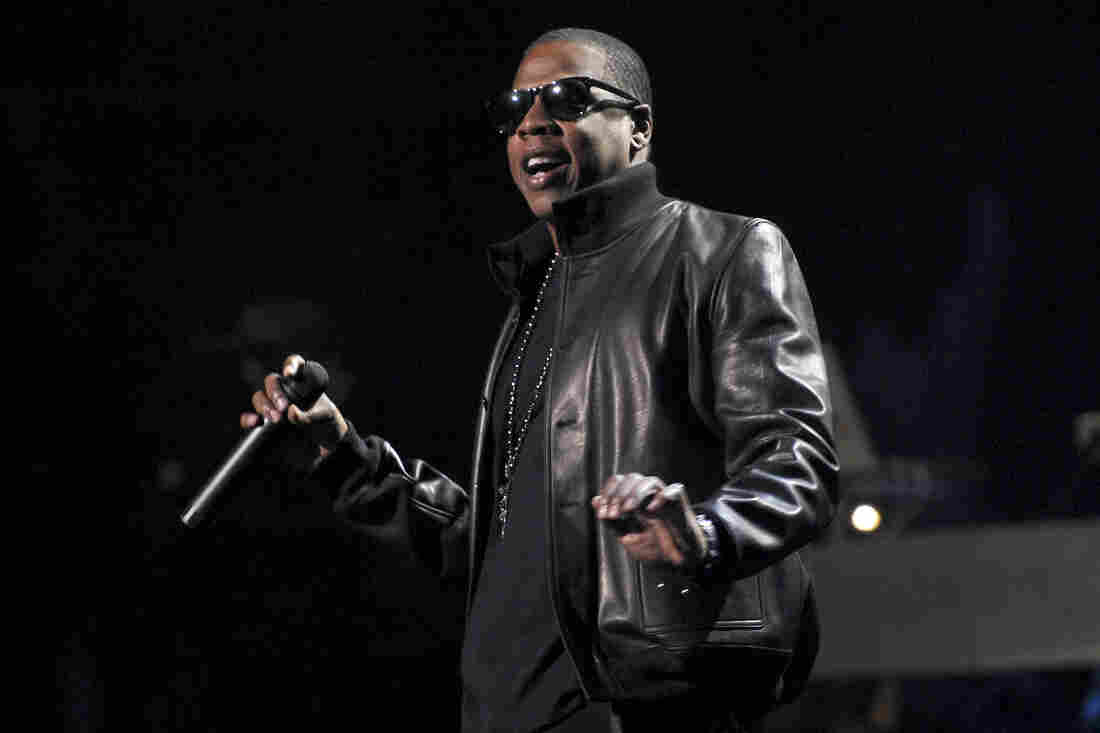 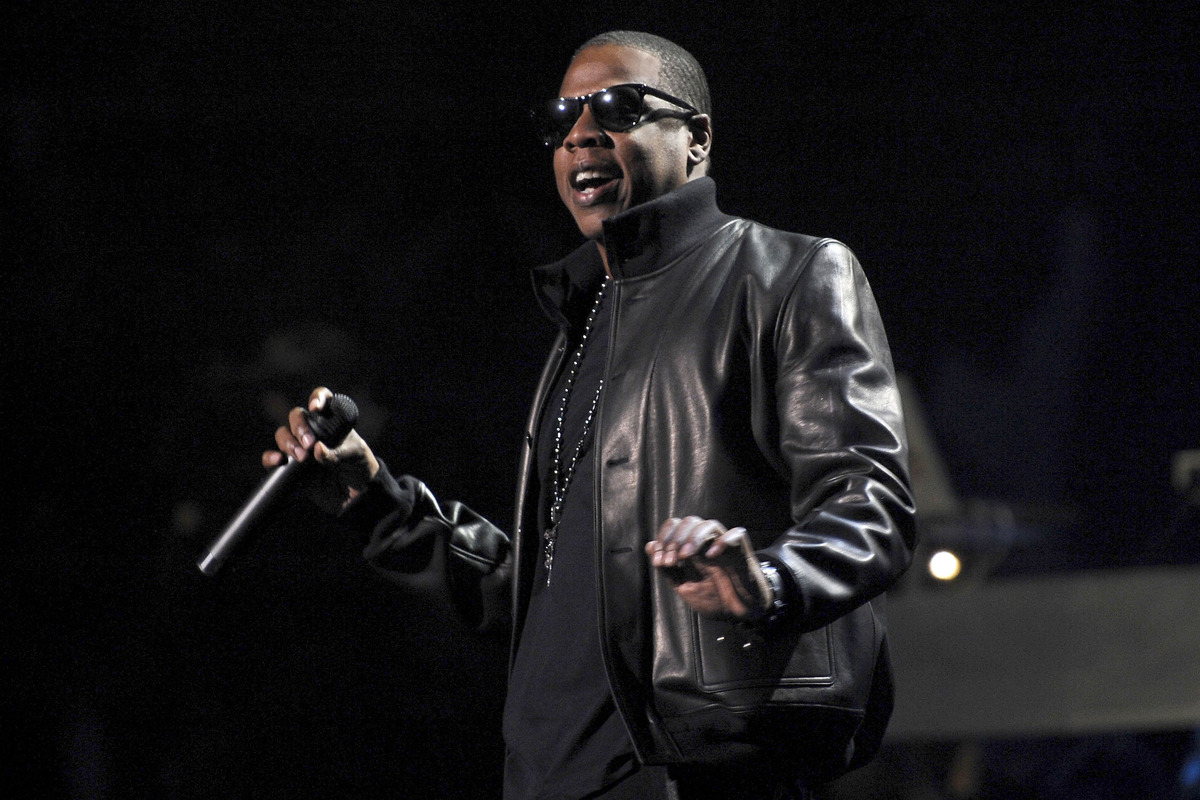 Jay-Z performs during the "Answer The Call" benefit concert at Madison Square Garden on Sept. 11, 2009.

Already a titan in his genre, Jigga Man going No. 1 with "Empire State of Mind" proved that his power had officially transcended the rap realm.

I still miss Jack Rose. There isn't a week that goes by that the dirt-spit tumble of "Revolt" or the snaggle-toothed grin of "Lick Mountain Ramble" don't pass through my head like a whiskey-soaked memory permanently stumblin' between the ears. "Yesterday's sound today," as MV & EE's Matt Valentine described it to NPR. "Future guitar." Rose was steeped not only in other American guitarists like John Fahey and Robbie Basho, but in pre-war blues music like Mississippi John Hurt and hillbilly drone composer Henry Flynt. His simultaneously transcendent and grounding blues drew a line from ragtime and raga from the past that looked beyond.

It'd be enough if the acoustic guitarist's domineering, yet deeply invested understanding of his instrument, or his lockjaw melodies, or his sense of adventure were enough to secure Rose's legacy. But after he died of a heart attack at the age of 38, the fruits bloomed out from his roots. "He set a standard for being a DIY musician, and trying to go against a lot of odds and demand respect and make a living," Steve Gunn offered last year, inspired by Rose's hard-won and hardheaded spirit. You can hear the passing of the torch in musicians like Daniel Bachman, or in the continued mastery of his contemporary Glenn Jones. But more importantly, this music now spirals outside Rose's influence, as young pickers Sarah Louise and Tashi Dorji find new languages for the guitar. --Lars Gotrich