Listen to a discussion of 2010 in music

Read and listen: Memories from a year that saw huge pop debuts and the crest of a new wave of emo

Listen to a discussion of 2010 in music 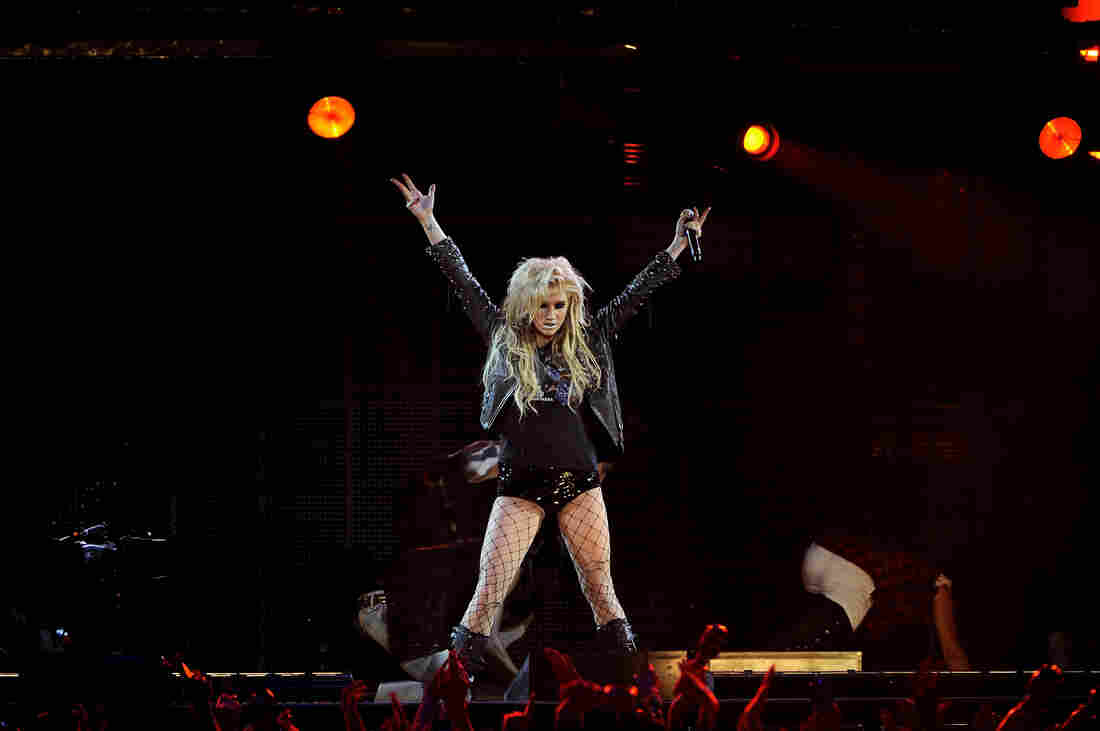 The daughter of a Nashville songwriter, Kesha's vision for pop stardom in 2010 involved a healthy dose of '80s-era Sunset Strip hard rock swagger. The very same week she released her debut, her first solo single, "Tik Tok," climbed to the top of the Hot 100.

With his Beatles mop and Michael Jackson voice, Justin Bieber stormed the charts and became the first YouTube-generated darling, sighing, "Baby, baby, baby, ooooh" — classic words for a new generation. By July, the video, centered around teenage flirtation and featuring Drake and awkward dancing in a bowling alley, had become the most-watched in YouTube history, a crown it would hold for two years. 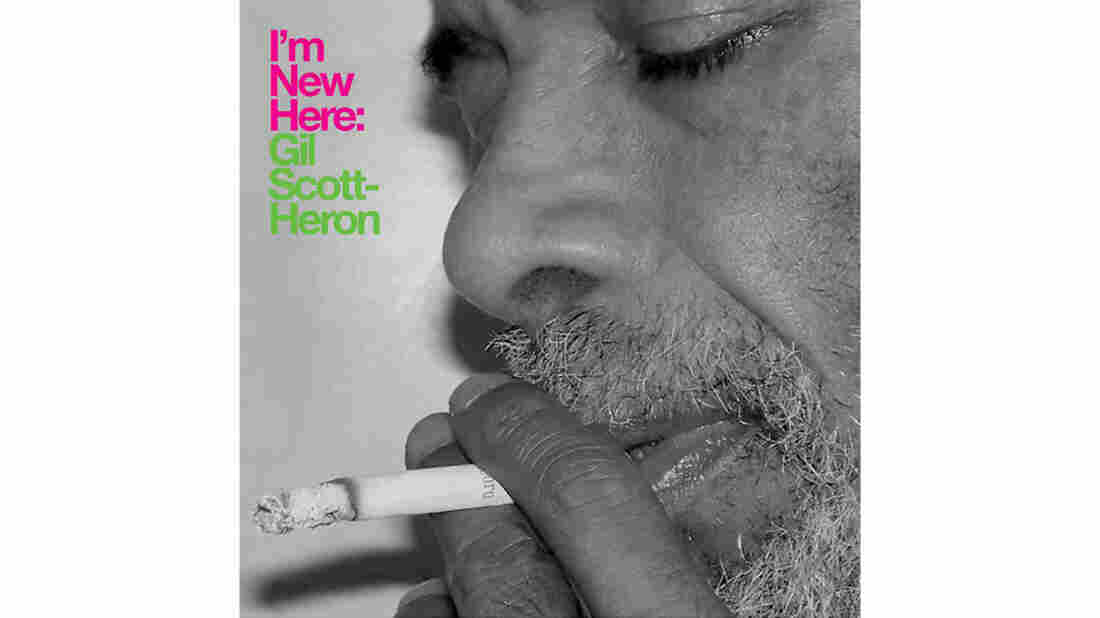 The last chapter in Scott-Heron's influential career lingered beyond his death, just a year after the release of this, his first new album since 1994. Recorded with producer Richard Russell and released on Russell's XL Recordings, which was also the home of Adele and The xx, I'm New Here was remixed in its entirety by the latter group's Jamie xx in 2011. The remixed version of Scott-Heron's cover of the Brook Benton song "I'll Take Care of You," first recorded in 1959 by Bobby "Blue" Bland, was the basis for the title track from Drake's second album, Take Care. That recording, which features Scott-Heron's ghostly voice echoing a chorus sung by Rihanna, made it to the top 10 on the Billboard Hot 100. 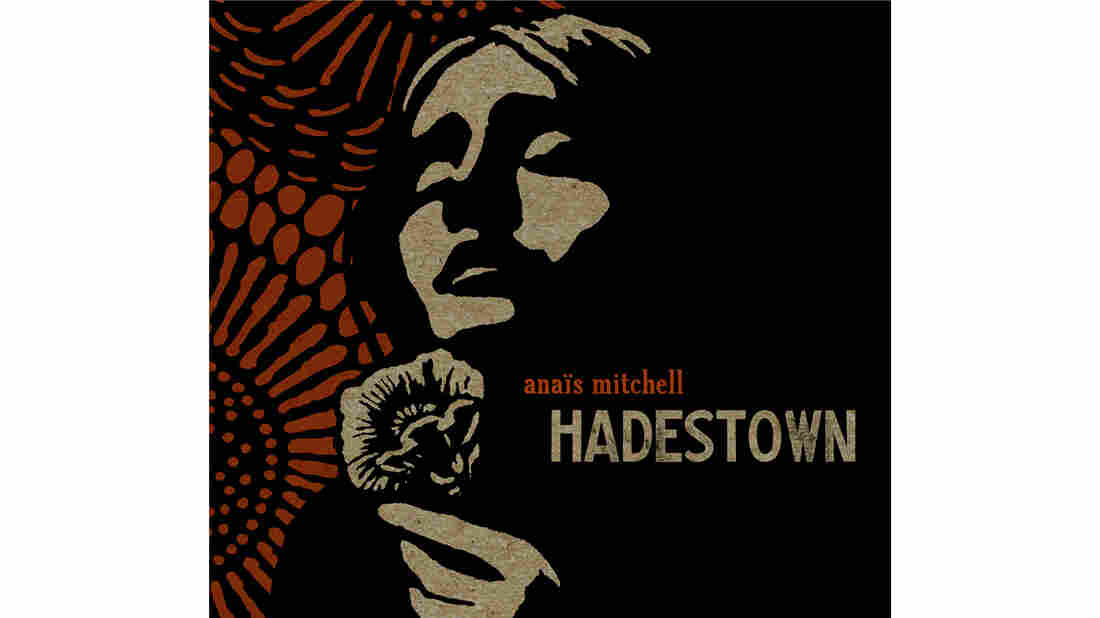 It's hard to pinpoint when Hadestown songs started slipping into Anais Mitchell's setlists ('05? '06?), but they certainly left an impression. The Vermont singer-songwriter would perform the striking "Why We Build The Wall" (among others) while explaining the folk opera she was working on. It felt big, but no one had any idea how colossal this project, based on the myth of Orpheus, would grow over the next decade.

A 2006 stage production toured regionally, bringing the Great Depression/post-apocalyptic aesthetic to life. There was talk of an album with Greg Brown, Ani DiFranco and Justin Vernon. I remember candidly asking DiFranco before a radio interview, "Is Anais working on this Hadestown album with all these guest singers?!" She confirmed the news and I could barely contain my cool.

The 2010 album was stunning, but hard to explain and definitely not a radio record. However, the artistry of the production, arrangements and players (Todd Sickafoose, Michael Chorney) was more than apparent. The casting is brilliant, most notably Greg Brown is a scary-as-hell Hades. I knew people were paying attention when my theater friends started asking about it.

In 2016, Hadestown had a successful run at New York Theater Workshop, garnering attention with "Why We Build The Wall" eerily matching messages from Trump's presidential campaign. More recently, a pre-Broadway production took Hadestown to Edmonton, Canada in fall 2017. What began as an attempt to stave off winter boredom has become a Shakespearean-level profound folk opera by one of the greatest songwriters of her generation. --Cindy Howes, Folk Alley/WYEP 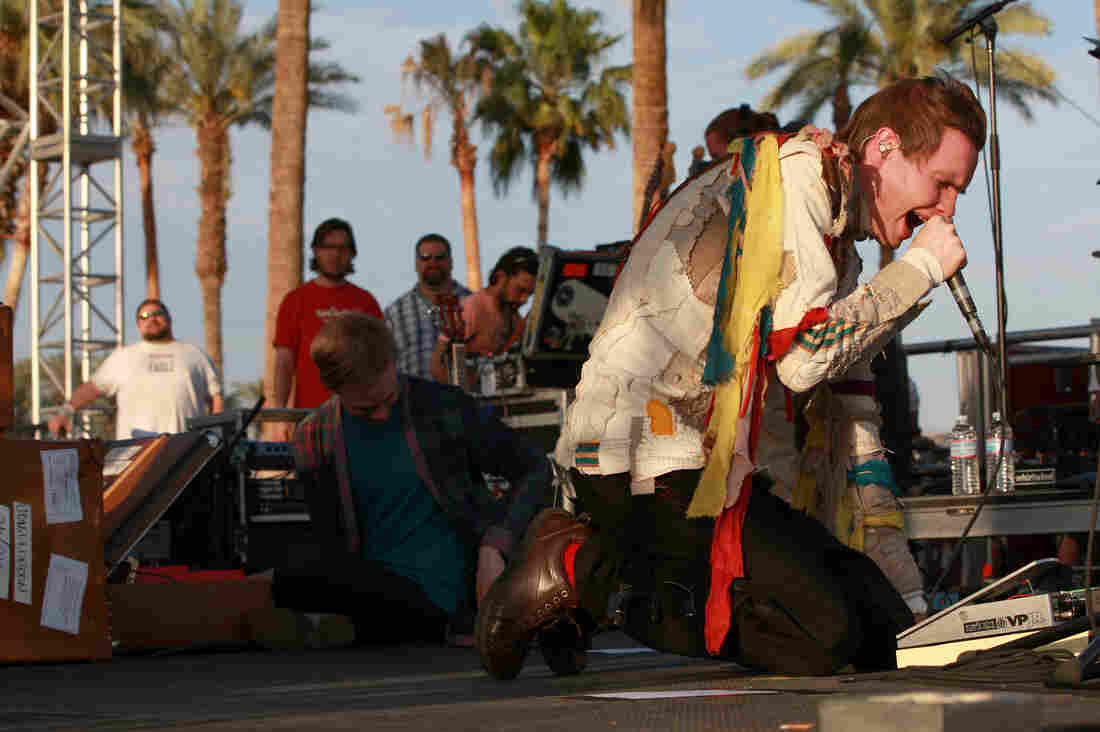 Sigur Rós' ethereal, otherworldly music had been floating around like a fine mist for more than a decade by the time singer Jón Þór Birgisson got around to releasing Go, his solo debut. The Icelandic band's music could be glacial, orchestral, triumphant, mysterious and even occasionally whimsical, but it's never — not before, not since — reproduced the giddy geysers of joy unleashed on Go. Here was a guy who'd made his life's work crafting sublimely inventive and enveloping headphone music, mostly sung in Icelandic or variations thereon — the stuff you'd crank when you're trying to blot out the world. And yet, here he was, presiding over a chest-burstingly ecstatic engine of bliss.

His words, now sung in English though not always entirely scrutable, implored listeners to connect with the world: The album's very first words ("Go sing too loud / Make your voice break / Sing it out") set the table for a treatise on fearless action and engagement. When Go came out, I was in the midst of an extended personal crisis; 2010 was, in many ways, a difficult year. As the months wore on, I'd come to process music as a means of activating and distilling sadness or anger — a necessary process, but also a way to make sure those emotions kept getting fed. By promising that the world can embrace those clear-eyed and courageous enough to face it, Go let the light in when I needed it most. --Stephen Thompson

"Waka Waka" received its share of criticism — a Colombian singing the official song of the first World Cup ever held in Africa? — but with a ridiculously catchy refrain borrowed from an old Cameroonian makossa song, some southern African-style guitar solos and an irrepressible soca beat, it became a worldwide hit. 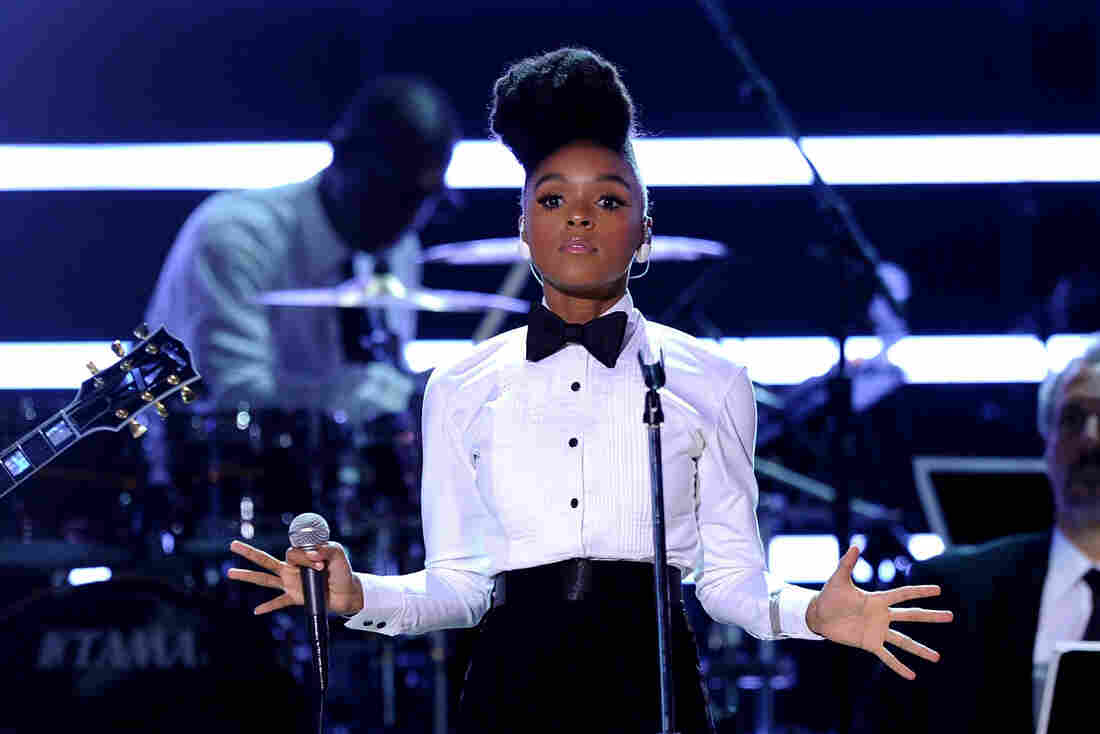 Monae's first full-length album tells the story of her alter-ego, Cindi Mayweather, bringing peace to the android community of Metropolis. Blending R&B and psychedelic funk with science fiction, The ArchAndroid has become a quintessential example of Afrofuturist art.

A new wave of emo begins to crest 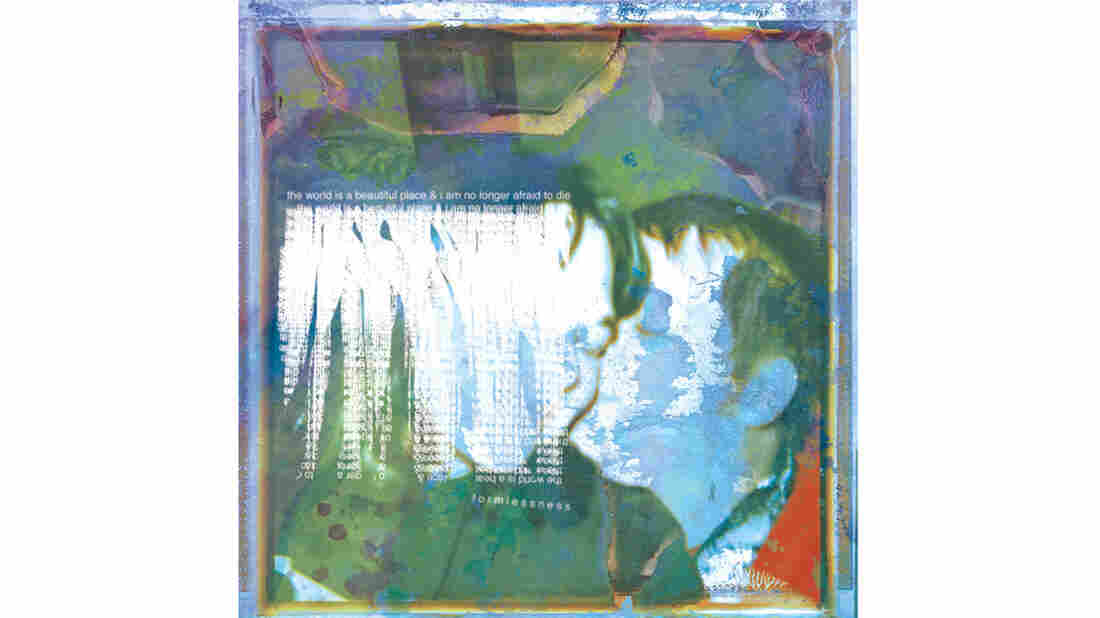 When The World Is A Beautiful Place & I Am No Longer Afraid To Die released its debut EP, formlessness, it joined a swell. The band's twinkly, expressive guitars and yelped vocals earned it comparisons to '90s Midwest emo bands like Mineral, Braid and American Football — and in the years surrounding formlessness' release (and eventual six vinyl represses), bands like Empire! Empire! I Was A Lonely Estate, Into It. Over It., Joie De Vivre and others were labeled with these references, too. There were more: Ovlov, Pity Sex, Grown Ups, Joyce Manor, Foxing, Algernon Cadwallader — basically, the entire rosters of independent labels like Topshelf, Count Your Lucky Stars, Run For Cover and Tiny Engines. By 2013, TWIABP had released its debut album and the namedrops coalesced around a fact beloved (and debated) by thinkpieces, listicles and critical reviews: The "emo revival" was upon us.

Of course, the '90s emo bands at the root of this comparison were, actually, the second wave of the genre, following emo pioneers like Rites of Spring in the '80s; more recently, in the early aughts, the third iteration of emo comprised everything from Hot Topic-rock (My Chemical Romance) to acoustic indie (Dashboard Confessional) to aggressive pop-punk (Brand New, Taking Back Sunday). But this new wave of "revival" bands returns to the habits of the second wave, borrowing from that movement's DIY aesthetics, mathy guitars and earnestness that, while markedly masculine, feel more self-effacing than self-obsessed. TWIABP does all this, of course, but from formlessness onward has added to the sound, its big, cathartic songs harnessed by a sweeping post-rock urgency. That marks something grander: not just a return, but an expansion of the form. --Marissa Lorusso

Sonny Rollins and Ornette Coleman at the Beacon 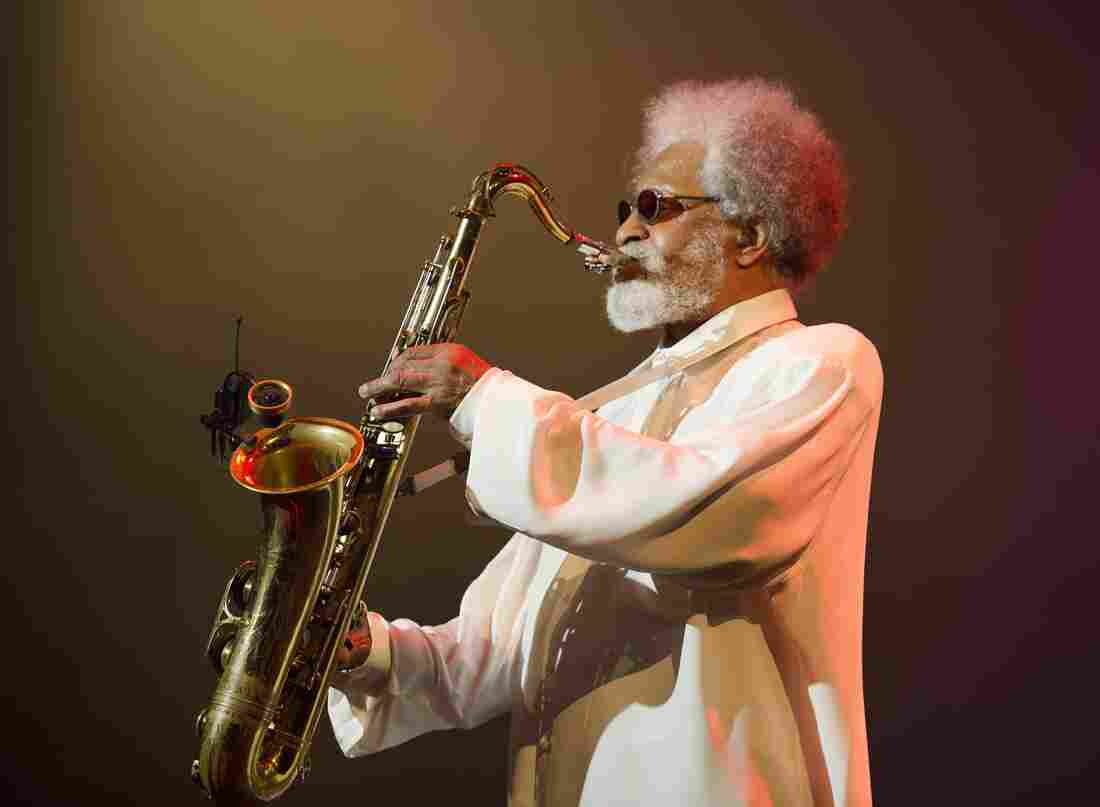 Two of the most consequential artists in jazz history, playing together in public for the first time? That's enough to make this a landmark event, but it's sharpened by the loss of Coleman and the retirement of Rollins in the years since. 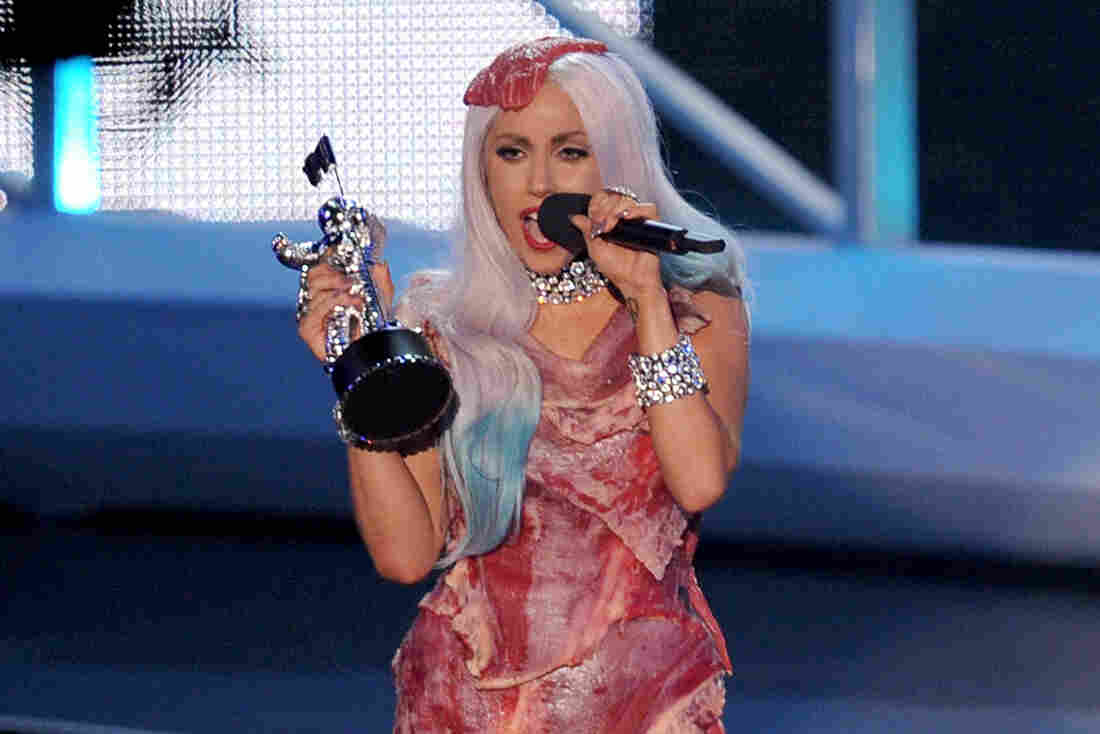 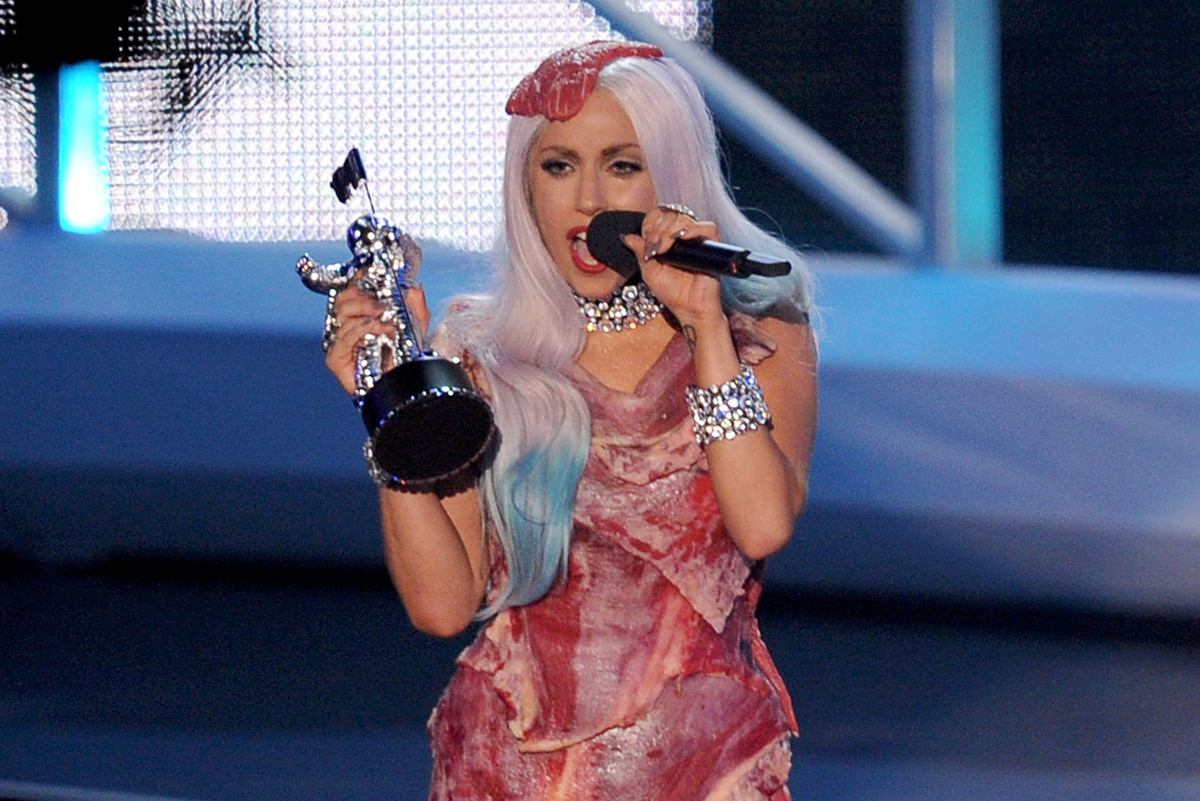 Lady Gaga accepts the Video of the Year award during the MTV Video Music Awards on Sept. 12, 2010 in Los Angeles.

The music video was always the the most fully realized form of Lady Gaga's expression, the venue where she could both exalt in pop's seductive qualities and dip our pre-existing notions of it in acid. So it makes sense that the calculated subversiveness of the MTV awards show would be the high point of her hurricane-force storming of the pop world in 2010. She won Video of the Year and six more trophies for "Bad Romance" and picked up another for her Beyonce collaboration, "Telephone." And she showed up on stage wearing three different suffer-for-fashion outfits, including, yes, a dress (and hat, and purse) made out of meat. 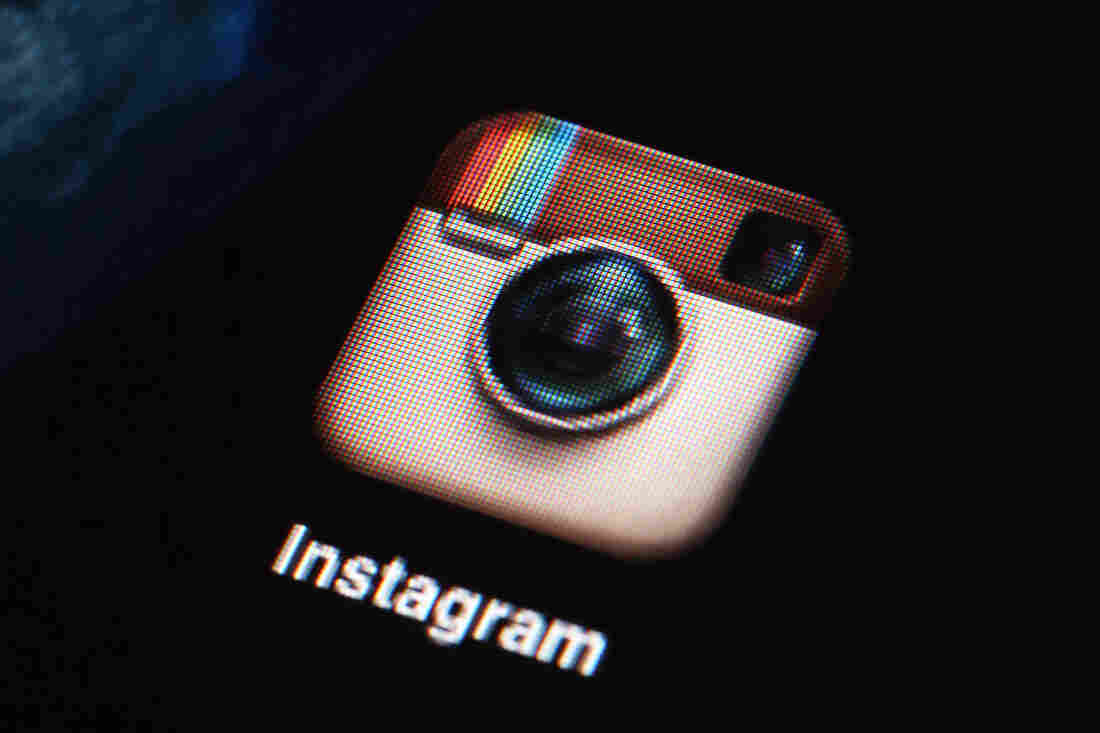 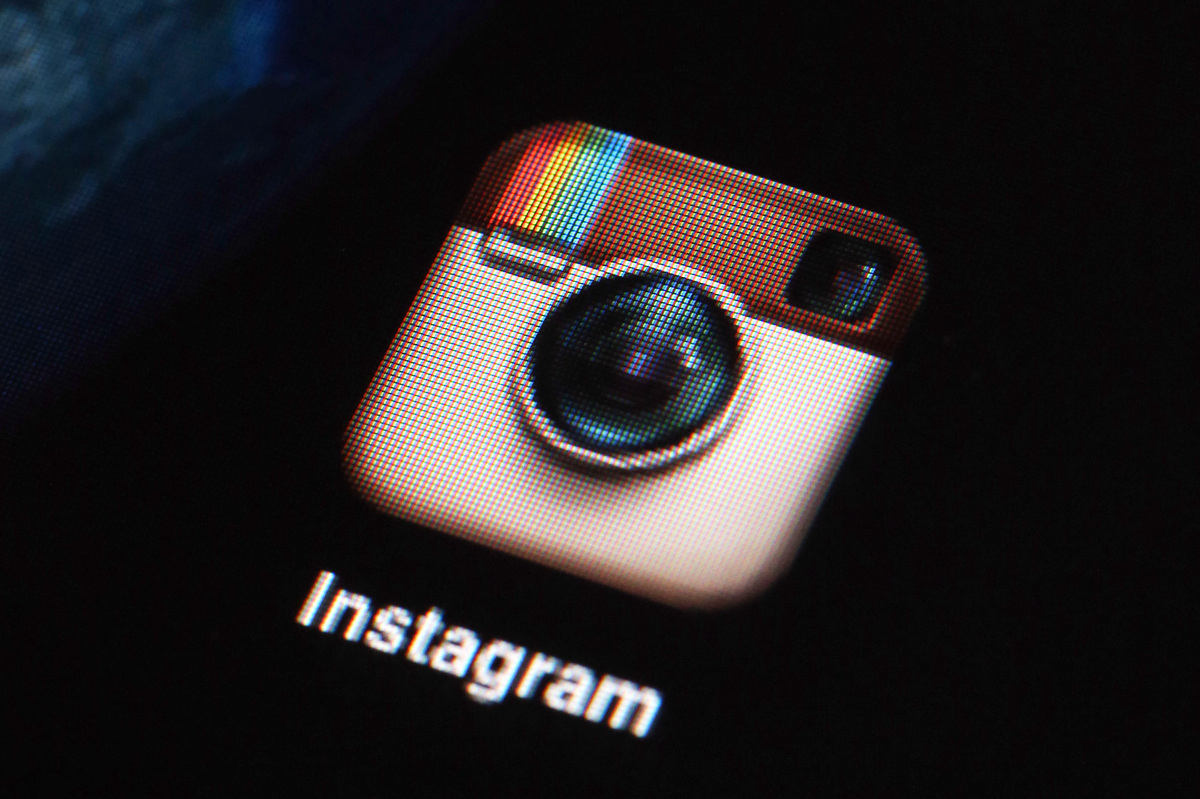 The birth of Instagram made the gap between our favorite artists and us just a little bit narrower, as it has unexpectedly become a highly regulated yet intimate window into our favorite artists' lives. Perhaps the best example of it as a robust marketing tool: the arrival of Beyoncé's self-titled album was first announced on Instagram.

The Beatles' catalog is finally for sale on iTunes 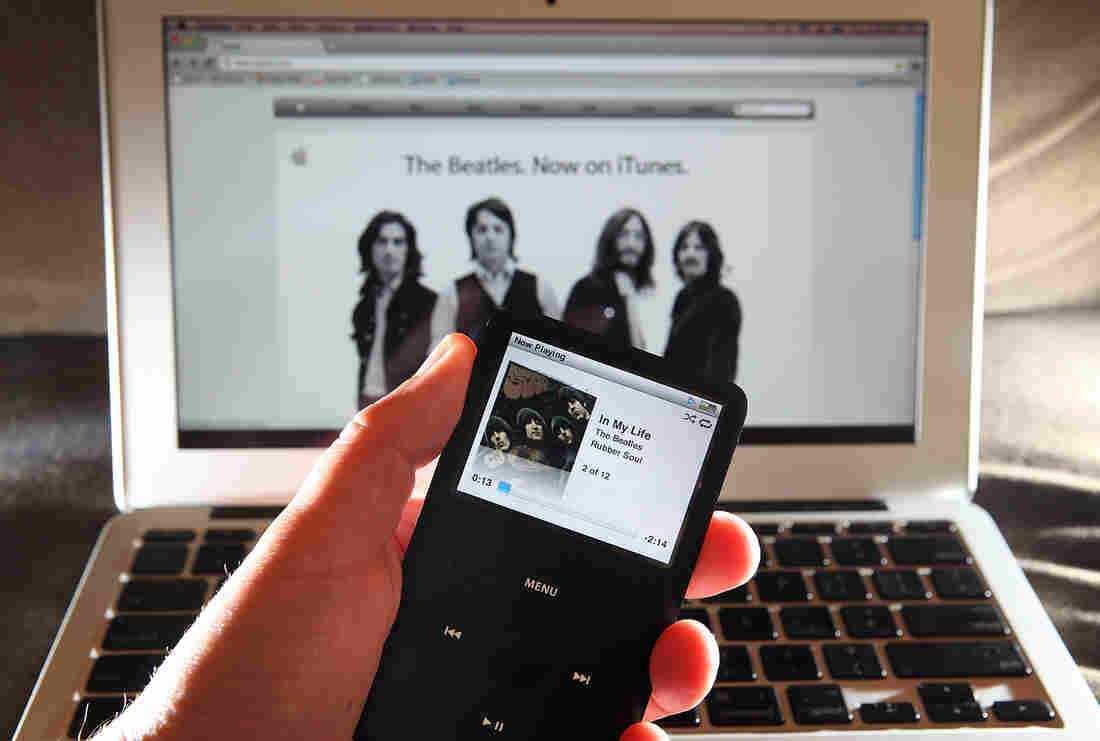 Apple struck a deal with the record label EMI and the Beatles' company Apple Corps to sell digital downloads of the legendary rock band's music on iTunes in 2010. Justin Sullivan/Getty Images hide caption

The most prominent holdouts in the music industry's digital revolution took nine years to give in to Steve Jobs, who had pursued them from the start, naming his company after their studio and citing their chemistry as his guiding principle in business. The Fab Four may have been late to the party, but it was one final win for Jobs, who died less than a year later. 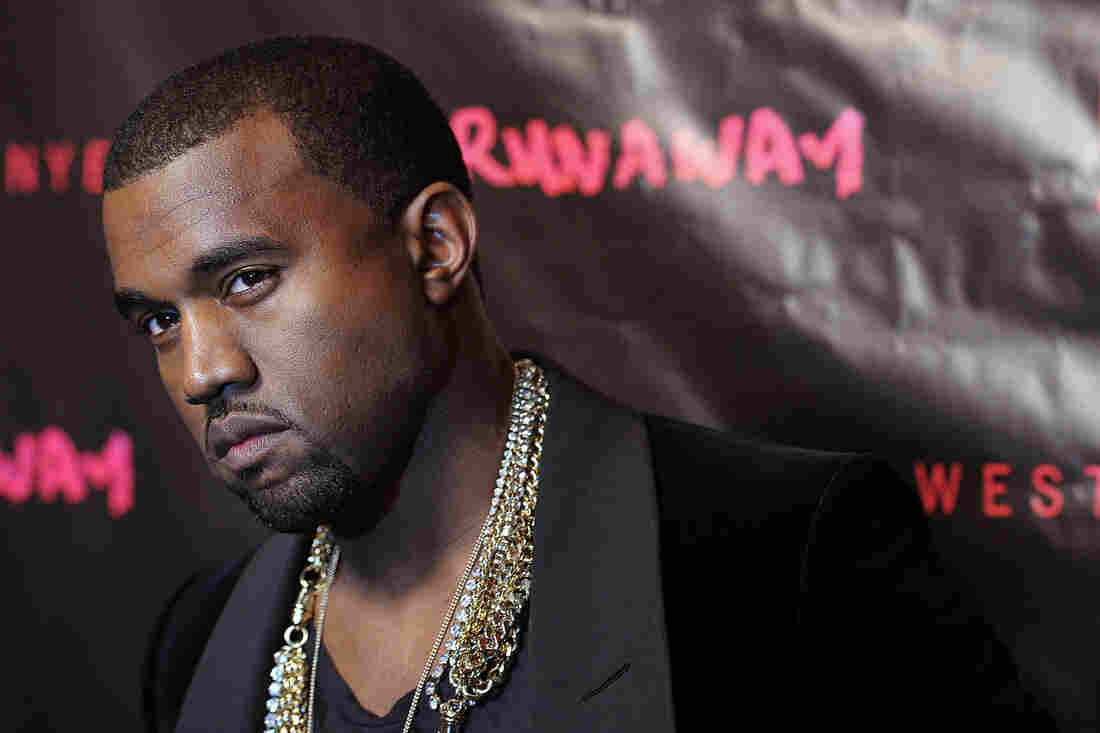 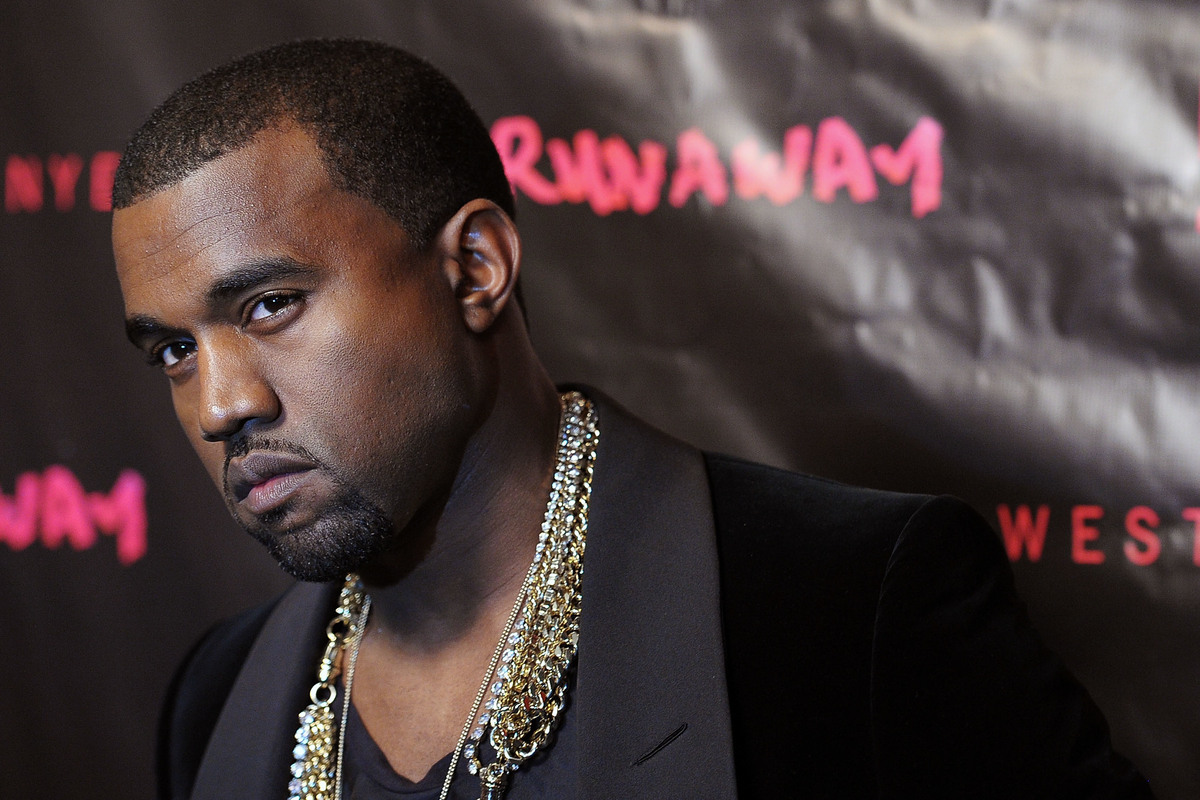 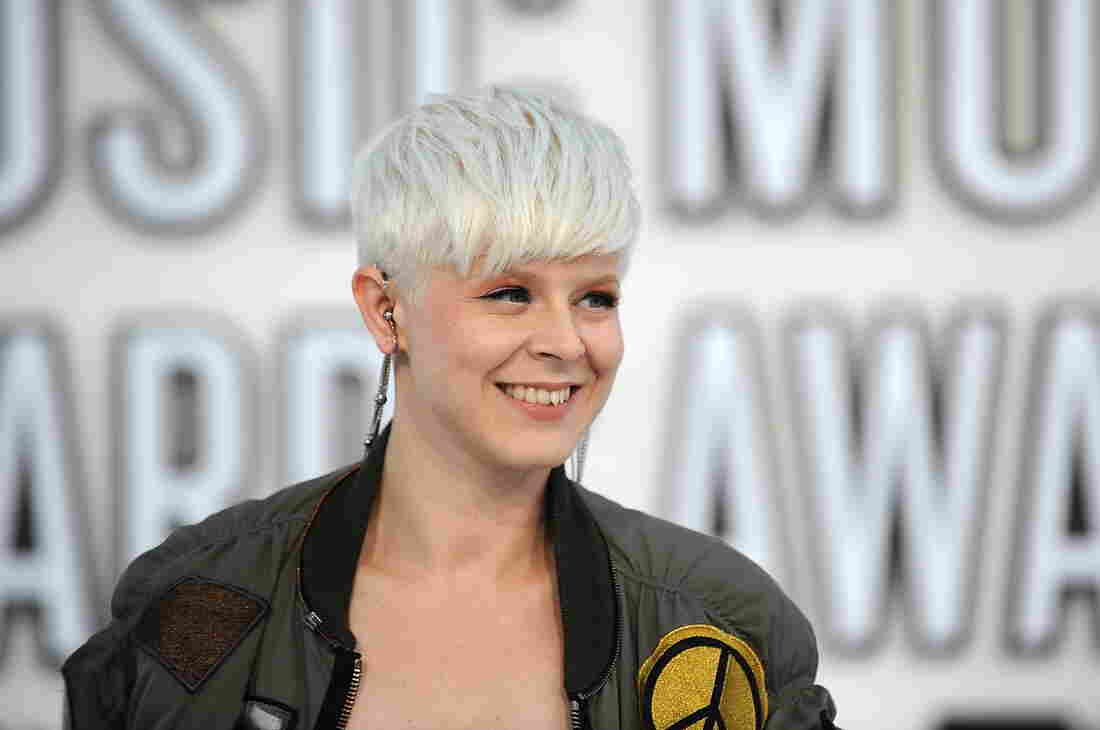 The Swedish electro-pop artist released her seventh album, Body Talk, in several stages throughout the year: "Indestructible" and "Call Your Girlfriend" were released as singles, two mini-albums were released in June and September, and the full album (whose new songs could also be found on a third, limited-release EP) followed in November.

Agalloch releases Marrow Of The Spirit 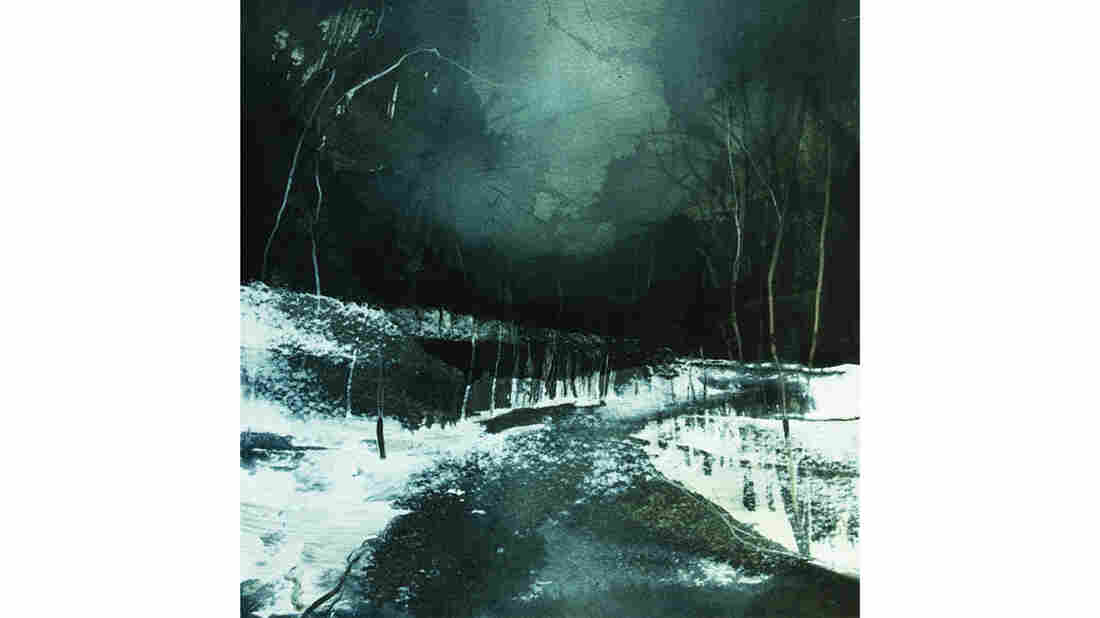 The crevasse between metal purists and experimentalists was already split open by 2010. Bands like Baroness, Krallice and Sunn O))) led the music to ambitious heights, and were duly embraced by new ears that otherwise had never given metal any serious consideration. (Both "hipster metal" and, amusingly, "NPR metal" were coined by said purists partly in jest, but mostly out of spite.) Meanwhile, veterans such as Manilla Road and Asphyx plugged on, devout in their respective niches, as The Gates Of Slumber and Christian Mistress kept more traditional forms burning. It was a rich time to be a metalhead, though still an unnecessarily divisive one.

Agalloch had always journeyed through the thorny past of black-metal at its own pace. There were tinges of The Cure and Godspeed You! Black Emperor in the folkloric depths of Ulver the band often trod, but it carried its own mystic atmosphere. When Agalloch released Marrow Of The Spirit in late 2010, it wasn't so much a bridge, but a teleportation between metallic realms. John Haughm's existential meditations yearned a return to nature ("I can feel the era slipping into oblivion / No longer grasping the textures / I am slowly becoming stone"), as the band's fierce, but ultimately tender compositions stretched like branches towards a grey sky. Marrow Of The Spirit was an instant masterpiece upon release, and has continued to set the bar for American metal that knows its past and seeks unknown paths. --Lars Gotrich