Accessibility links
NPR Music 10: 2013 In 2013, we lost George Jones and Lou Reed but witnessed the return of a pair of disco-loving robots and a surprise from Queen Bey herself, just weeks before the year's end.

Listen to a discussion about the music of 2013

Read and listen: Memories from the year Daft Punk and My Bloody Valentine returned, and Beyoncé rewrote the rules for releasing an album

Listen to a discussion about the music of 2013 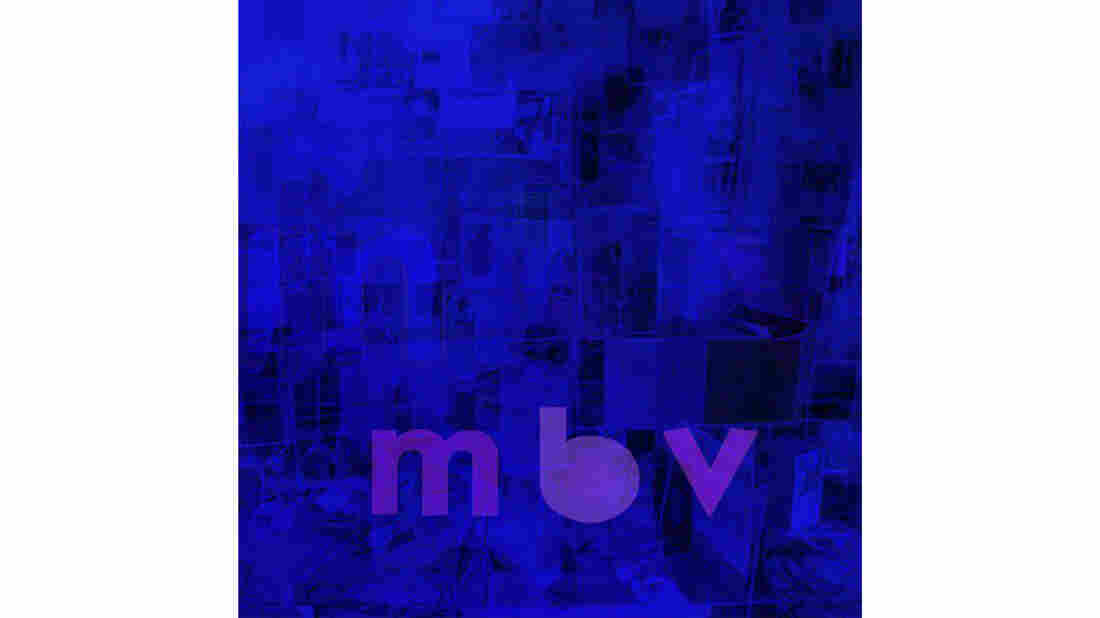 After 22 years, the shoegaze band that launched a thousand gear-nerd obsessions suddenly announced its follow-up to Loveless, and 24 hours later released it directly to the fans who'd been waiting. 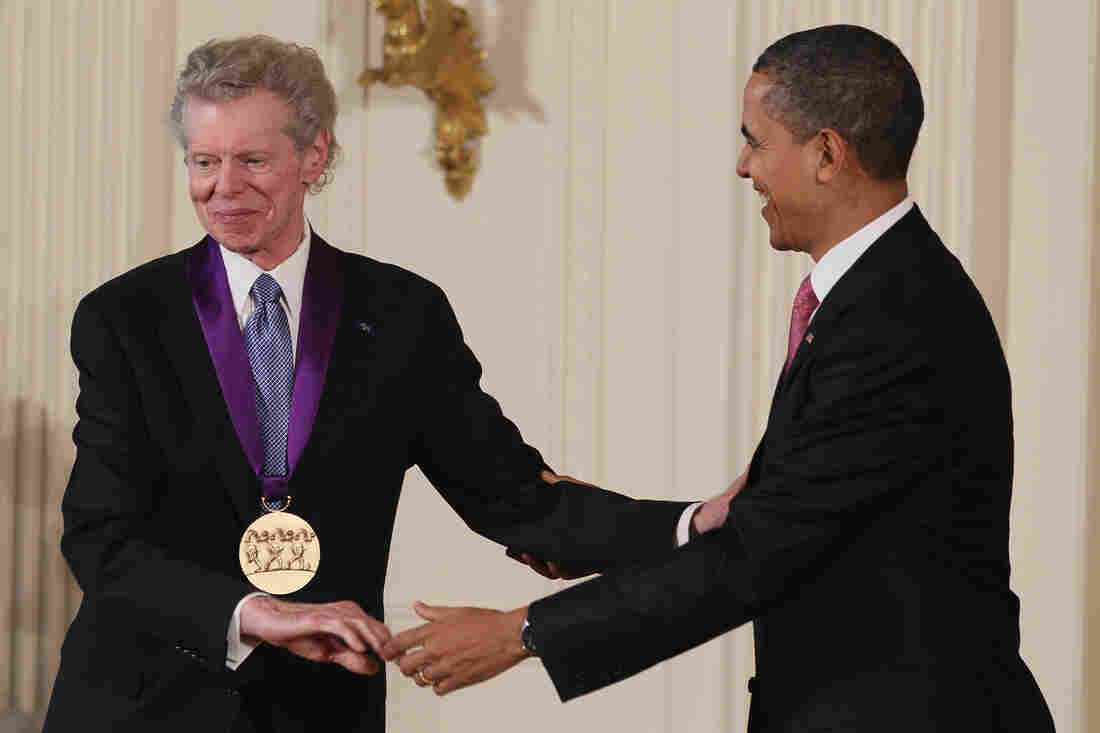 President Obama congratulates musician Van Cliburn after presenting him with the 2010 National Medal of Arts, during a ceremony at the White House, on March 2, 2011. Mark Wilson/Getty Images hide caption 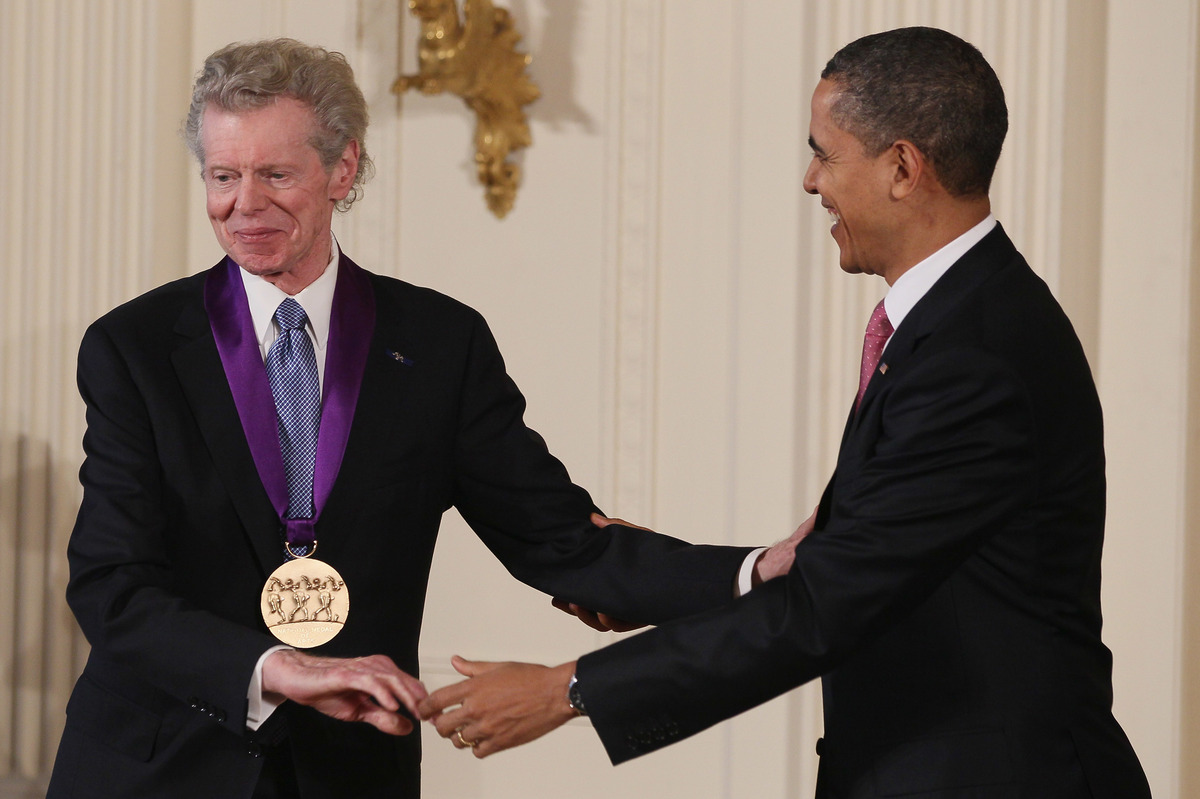 President Obama congratulates musician Van Cliburn after presenting him with the 2010 National Medal of Arts, during a ceremony at the White House, on March 2, 2011.

At one point perhaps the most famous musician in America, this Texan pianist landed on the cover of Time and was the recipient of a ticker-tape parade in New York City after winning the first International Tchaikovsky Competition in Moscow during the height of the Cold War. 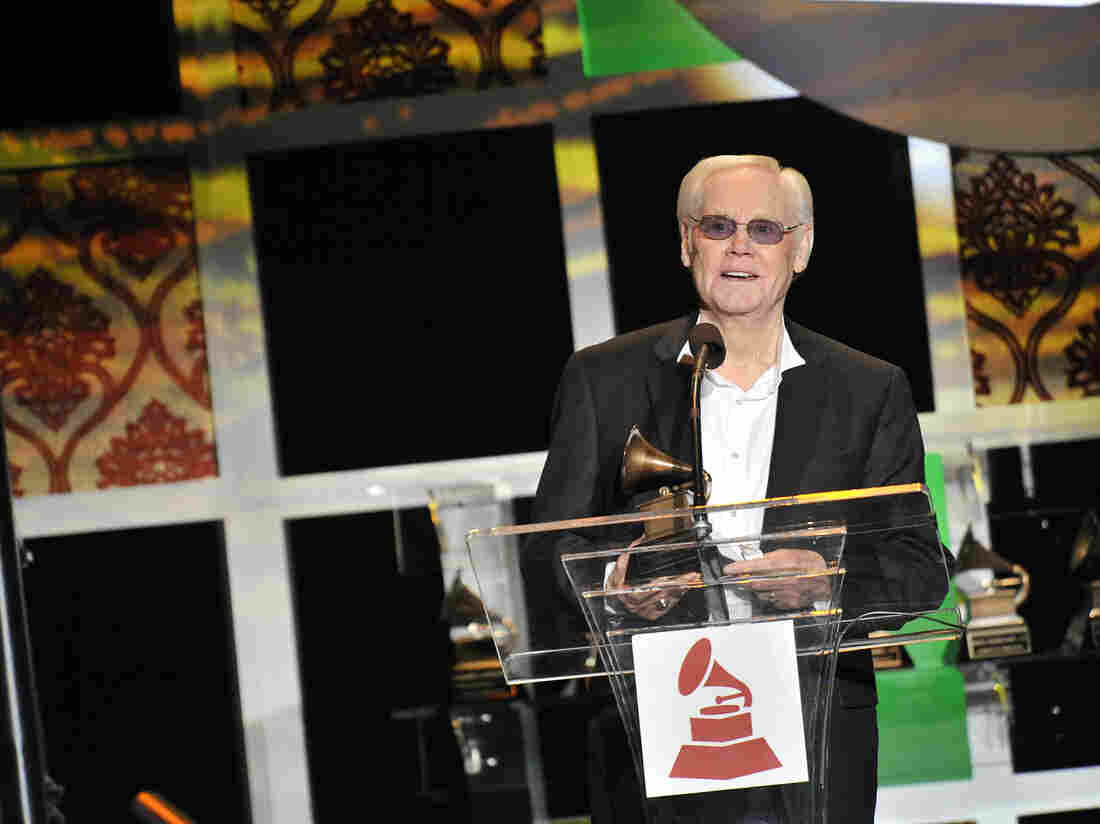 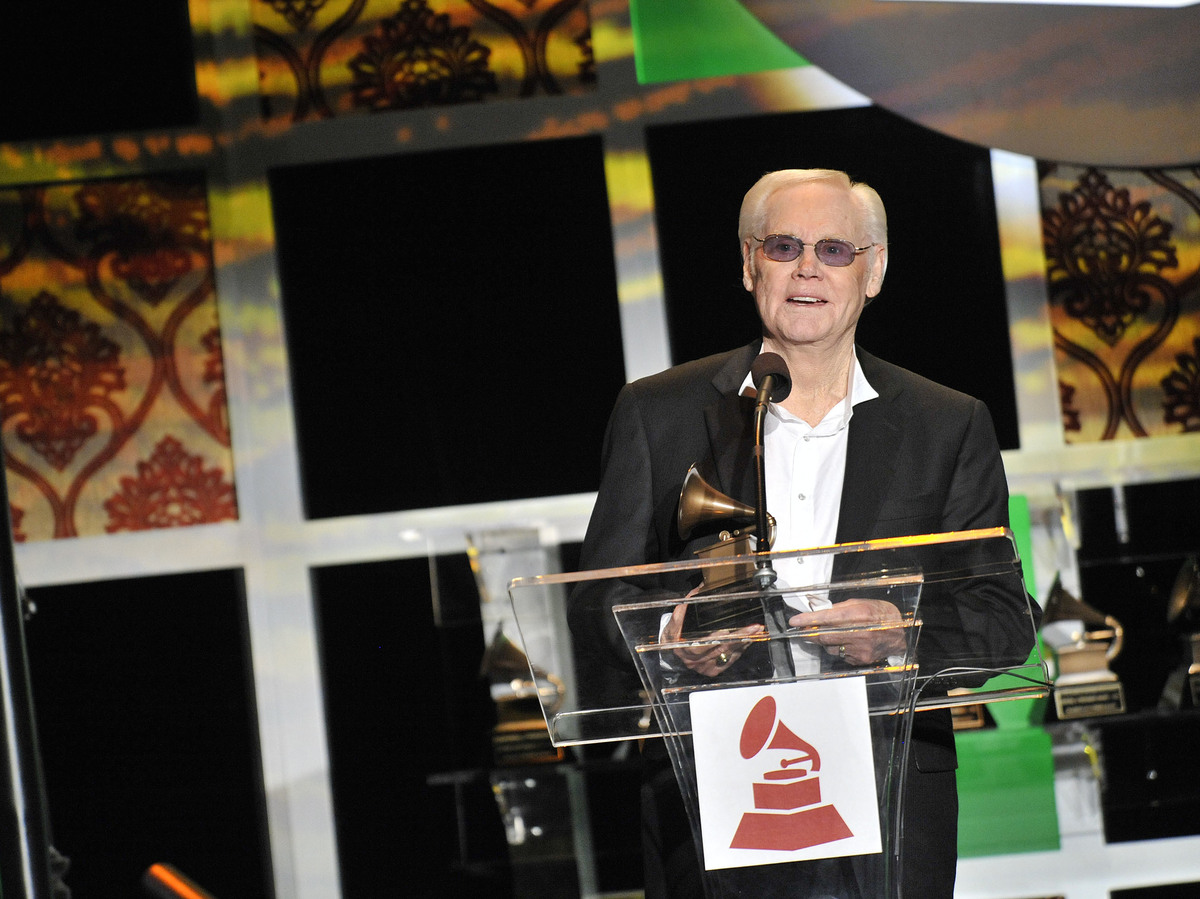 George Jones at the 54th Annual Grammy Special Merit Awards at The Wilshire Ebell Theatre on Feb. 11, 2012 in Los Angeles.

On the lovely spring day when George Jones died, we assembled a makeshift altar in the office. At the center stood my framed and signed 8x10 glossy of George; nestled around it were a couple airline-size bottles of booze, a pair of battery-powered votive candles and a small plastic horse. "He Stopped Loving Her Today," one of the greatest country records ever made, poured out of a Bluetooth speaker.

George didn't have a big, opulent voice; no virtuosic cascades up and down the scale like Ray Price. Instead, George had something better: the ability to sing a song straight into your heart, to make you double up inside. He could twist the pain a notch deeper by breaking up syllables with a little melisma, scooping down low on a note, or hollowing out a word with his clenched-jaw attack. Like Maria Callas, Billie Holiday and Edith Piaf, George was a supreme communicator, whether he was infusing a simple country shuffle with the emptiness of alcoholism in "Out Of Control," or trembling with the power of newfound love in "We Found A Match."

I keep saying "George" like we were friends. I never met him, but I feel like I did thanks to my stepdad: At the foot of my bed, he often serenaded me to sleep as a youngster, singing country songs with his guitar. Later, those bedside songs helped me realize that the people in songs like "He Stopped Loving Her Today" were real people, with dead-serious problems. They were transmissions from the heart, stories I wasn't exactly getting from rock 'n' roll. --Tom Huizenga 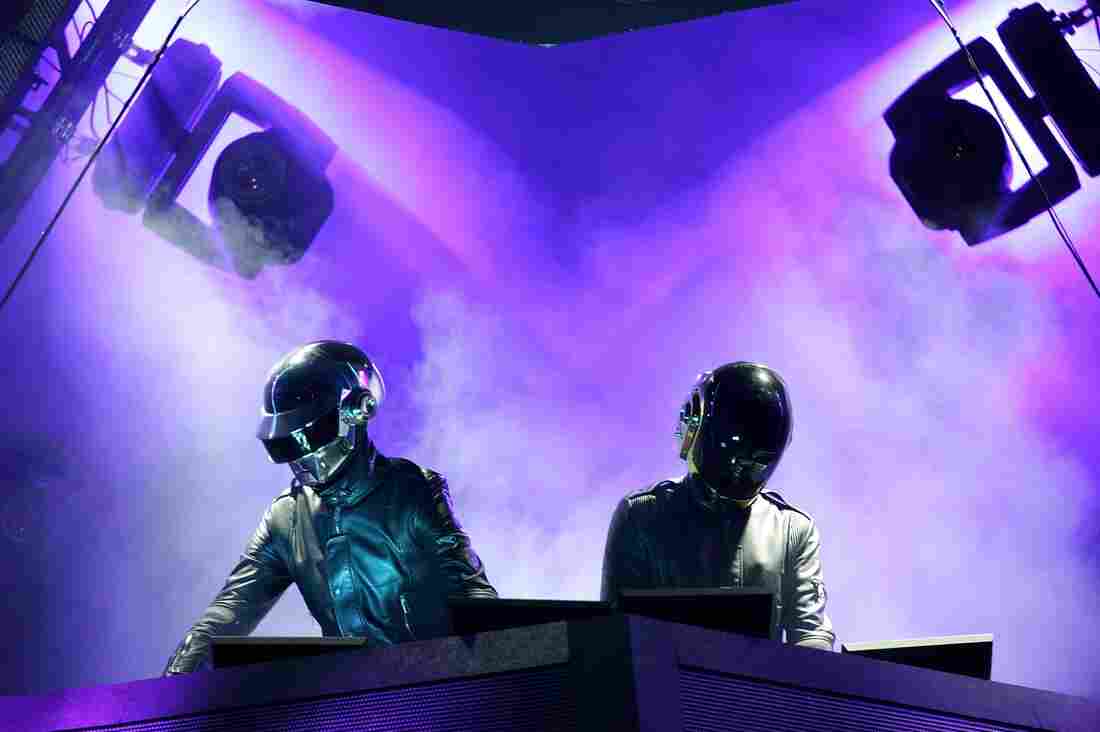 When Daft Punk emerged around the turn of the century, the Parisian dance music duo was known for its nearly cartoonish embrace of robotic precision. Through its locked-in rhythms, processed sounds, early videos in which something handmade or mutated warps the precision-cut pastiche, and especially the image of two grown men wearing helmets with mirrored visors behind which they insist that they're actually robots, there flows a single idea: That there's something mechanical in man, and something human inside a machine.

Daft Punk didn't quite disappear after 2005's Human After All, but the second-generation French house producers who adapted the robots' delicately balanced work into (actually really, really nice) amped-up electro jock-jams sure acted as if they had. So it shouldn't have been a surprise that Guy-Manuel de Homem-Christo and Thomas Bangalter went all-the-way-live when they returned with Random Access Memories in 2013. The disco-inspired album was recorded with session musicians playing live instruments and guest turns from '70s stars including Nile Rodgers and Paul Williams. The project peaked at the Grammys in 2014, when some of those session players recreated the ostensible recording session for "Get Lucky" with Stevie Wonder sitting in, and Daft Punk itself (or two other grown men wearing mirrored helmets) stood in the "booth" and pretended to press buttons, before later winning album of the year. --Jacob Ganz 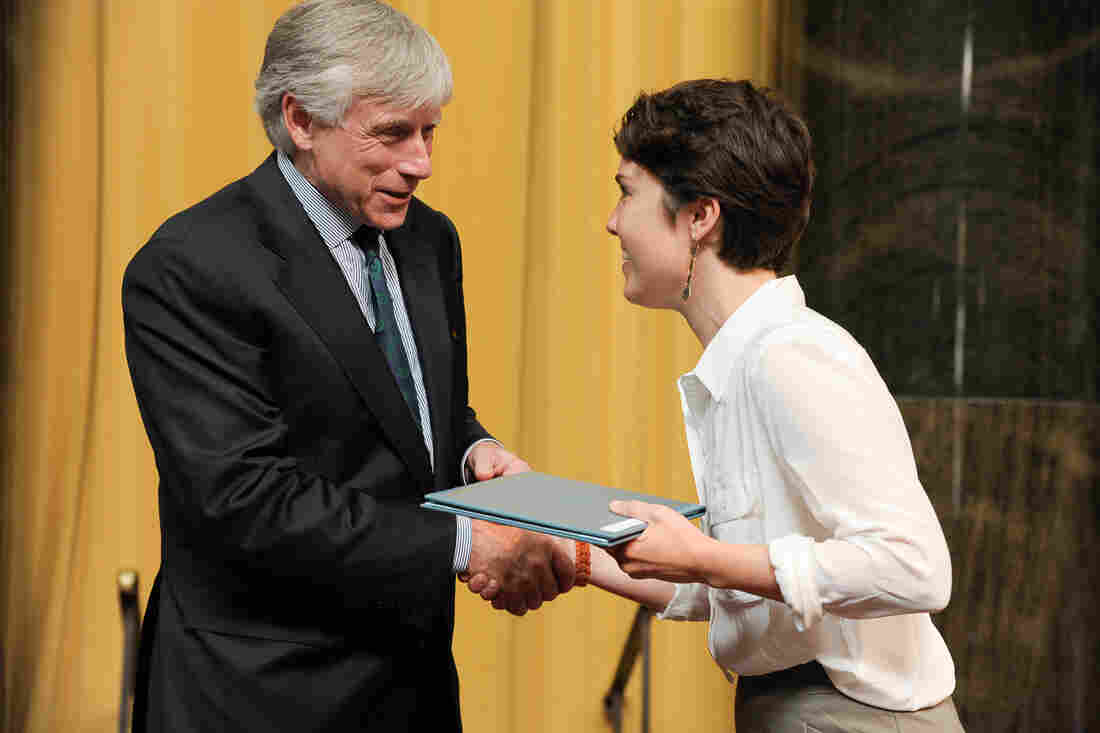 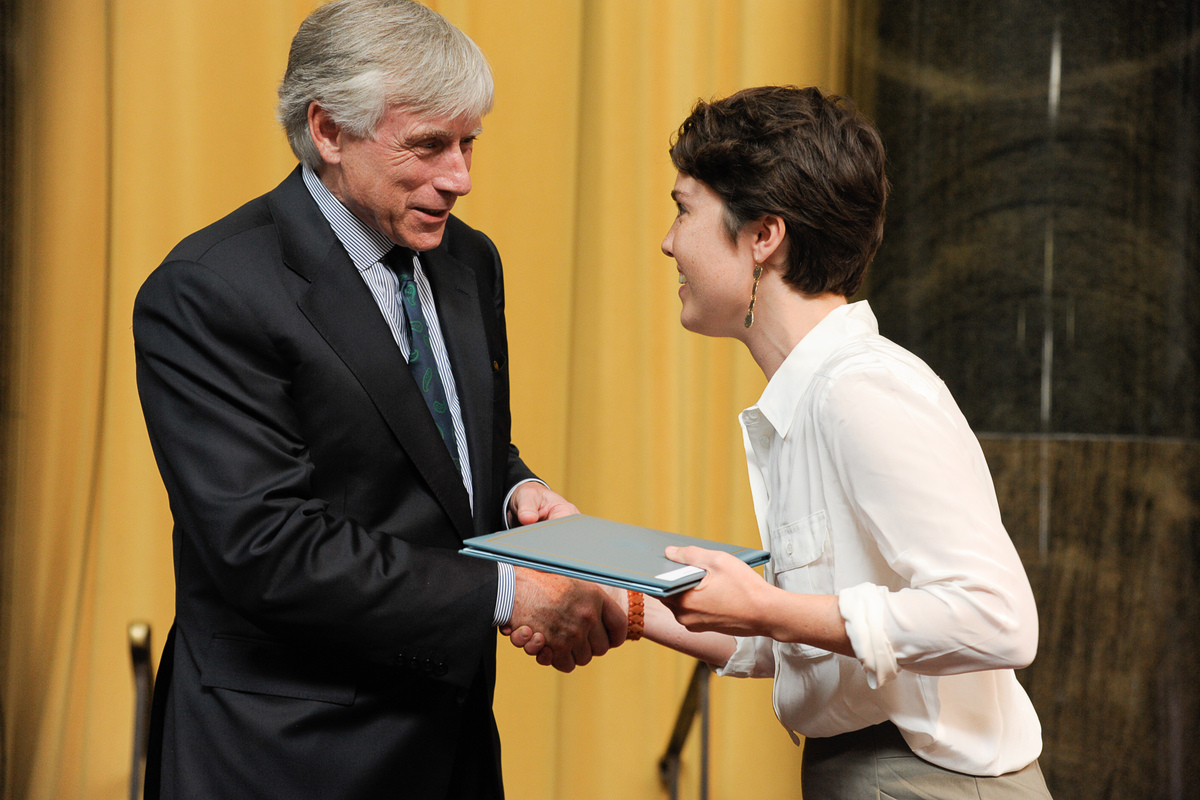 Lee C. Bollinger presents an award to Caroline Shaw at the Pulitzer Prizes in Journalism, Letters, Drama and Music Winners Luncheon at Columbia University on May 30, 2013 in New York City.

The youngest-ever winner of the Pulitzer Prize for music — for her composition Partita For 8 Voices — has gone on to collaborate with Roomful of Teeth, So Percussion and Kanye West. 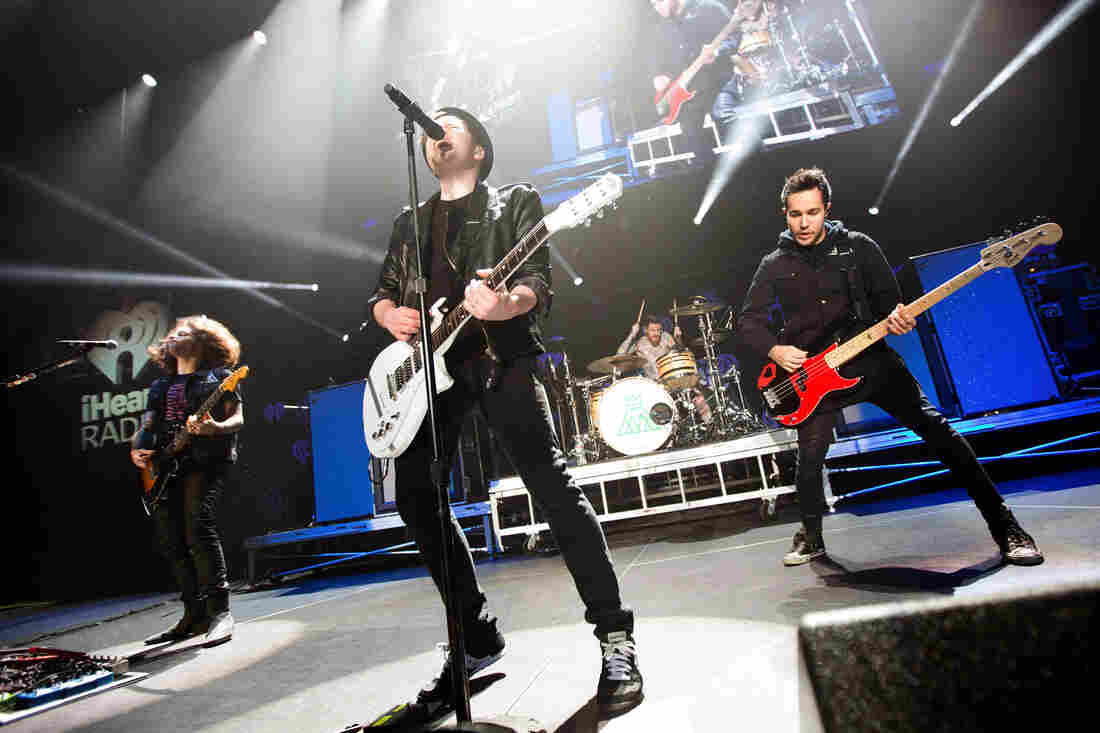 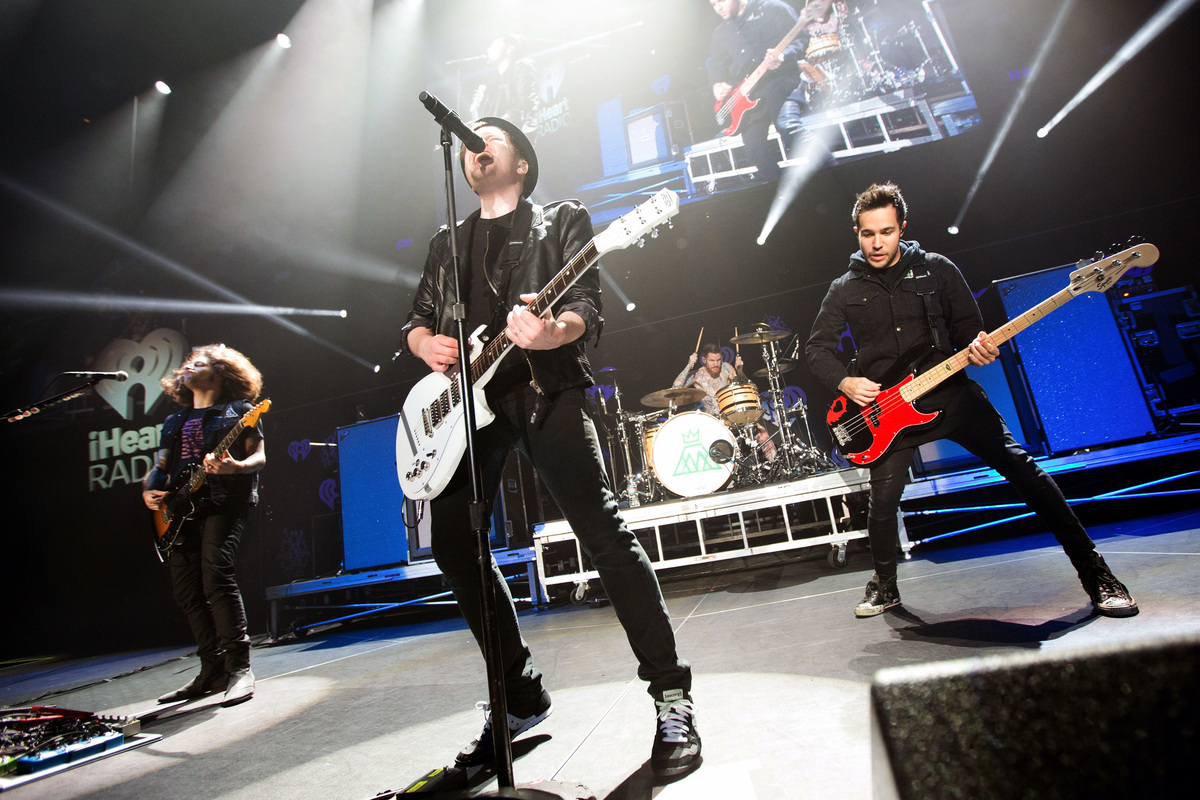 It bears saying here that 2007's Infinity On High and 2008's Folie à Deux are two of the most accomplished rock albums of the past 10 years, and if hooky power-pop has any effect on you, you owe it to yourself to give them a try. Don't worry if the singles don't do it for you — dig into the deep cuts and you'll hear a lot of smart decisions being made: the beating of a troubled heart likened to bashing at a kick drum, sequenced beats that mimic the brute frenzy of hardcore fills, a Broadway piano bop that takes a swipe at the architects of the Iraq War, a slyly subtle cameo from a Carter III-era Lil Wayne. There are missteps to be sure (that "thrown out of the hood" gag from the "This Ain't A Scene" video was never going to work), but there is also true talent, wit and a preternatural awareness that the walls between guitar music and everything else had already started to topple.

All that being known, when Fall Out Boy announced its return in 2013 after a four-year break, I was as skeptical as I was ecstatic. The four boys from the Chicago suburbs were now men with families and mortgages, returning to a world a little out of love with the electric guitar, with a comeback album called Save Rock And Roll — what could go wrong? Of course, I should have known that in that time, the band had begun to change, too. What I saw that night at the 9:30 Club, amid eager fans in "I Survived The Hiatus" t-shirts, was the group at a tipping point: playing a smaller room than it likely had in eons before making the leap back to arenas, christening new material that pointed the way toward a far starker mode of songwriting.

A pop-punk band is built on a foundation of snotty intemperance, which makes it perhaps the easiest kind of band to start and the hardest to keep going. The ones that last long enough to make "grown up" albums, the kind with found-sound interludes and horn charts, often look around and find there's nowhere else to go, save the occasional acoustic solo career. Fall Out Boy, by contrast, doubled its bombast. So much of the band's much recent output feels like it could score a training montage; Patrick Stump in particular has evolved into a very different kind of vocalist, his soul-savvy runs now flexed into an Imagine Dragons-like bellow. (A lot of old diehards, this one included, find the music harder to connect to these days, even if Save Rock And Roll did give us a few bangers and the indelible visual of 2 Chainz firing a flamethrower.) But the band does have a career, and a successful one — more than you can say for most of its 00's-era peers, who in a year won't even able to book nostalgia slots on Warped Tour anymore. What I didn't yet grasp that evening in 2013, as I processed joy about Fall Out Boy coming back and ambivalence about where it was headed, is that that newfound muscularity might just be a matter of survival. --Daoud Tyler-Ameen 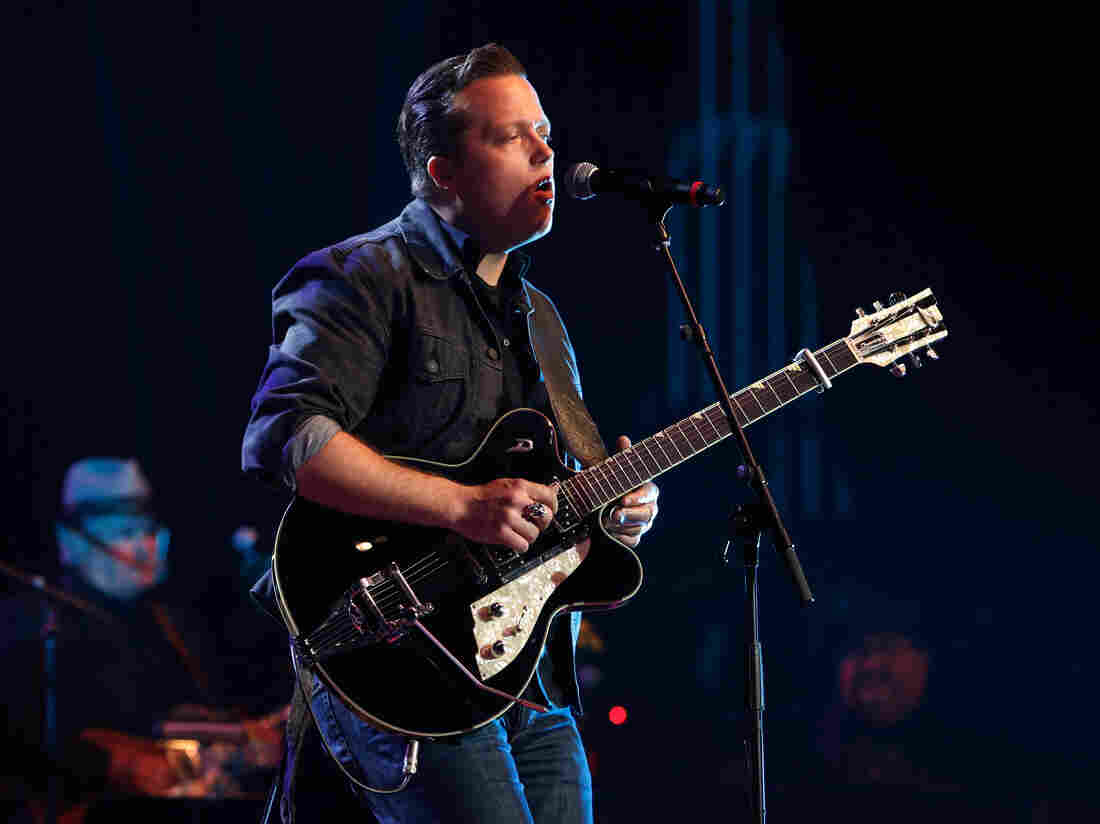 Jason Isbell performs during The Musical Mojo of Dr. John: A Celebration of Mac & His Music at the Saenger Theatre on May 3, 2014 in New Orleans. Skip Bolen/Getty Images for Blackbird Productions hide caption 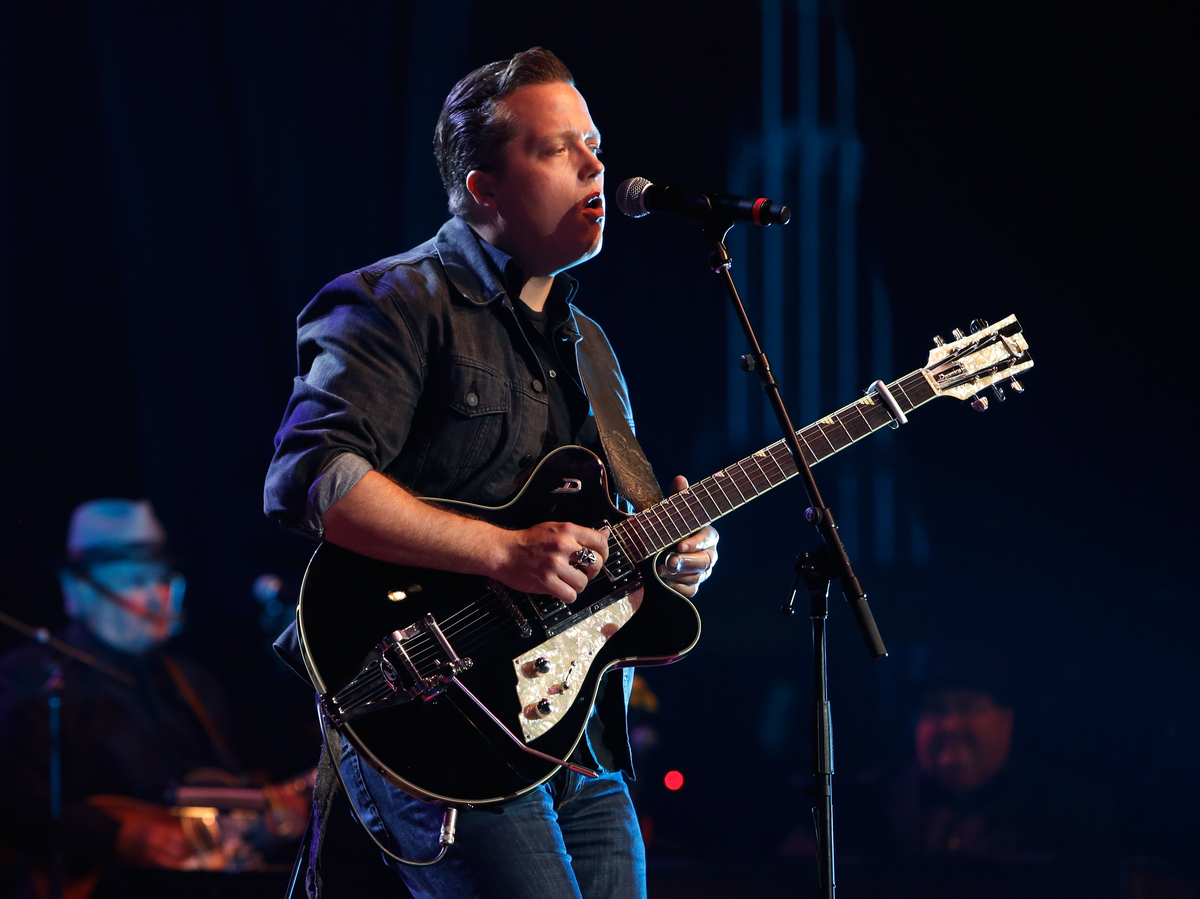 Jason Isbell performs during The Musical Mojo of Dr. John: A Celebration of Mac & His Music at the Saenger Theatre on May 3, 2014 in New Orleans.

After years spent kicking up dirt as the prodigious junior member of Drive-By Truckers and then with his own band The 400 Unit, Southeastern was inspired by Isbell's new sobriety and his relationship with soon-to-be-wife Amanda Shires. The clear-eyed record, produced by Dave Cobb, was Isbell's strongest statement yet, and swept the Americana Music Awards the next year. 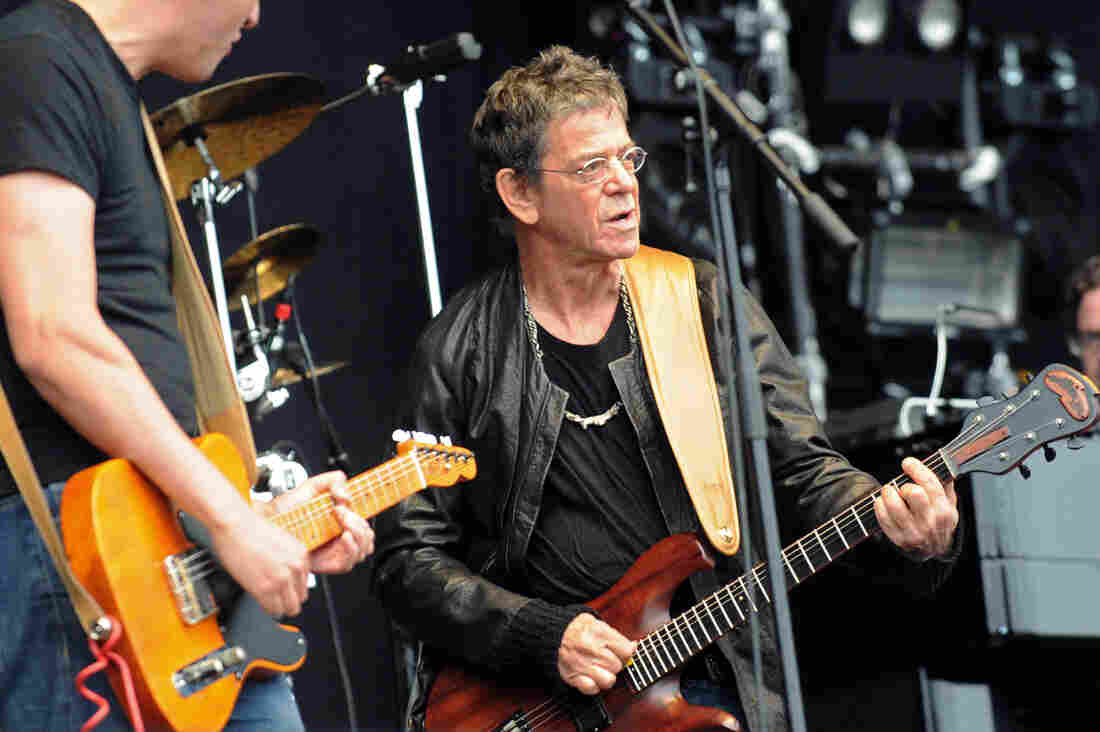 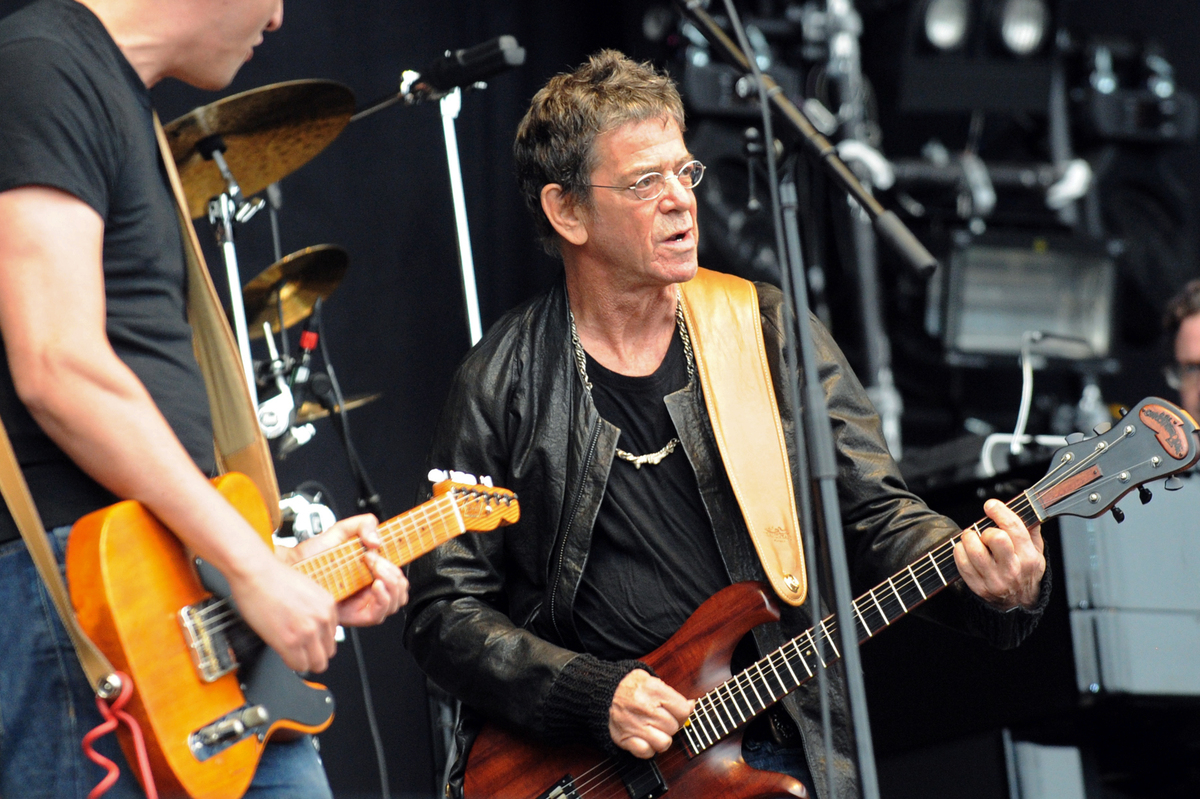 Lou Reed performs on the stage of the Vielles Charrues Music Festival on July 17, 2011 in Carhaix, Brittany, France.

"When you get into Lou Reed as a teenager, it makes you weird forever," a listener wrote in to NPR Music after the New York icon died. We know that deep down, this will always be true, and that's part of what makes Reed's own weirdness, while he simultaneously embodied the dictionary definition of cool, so crucial.

Inside Llewyn Davis opens in theaters 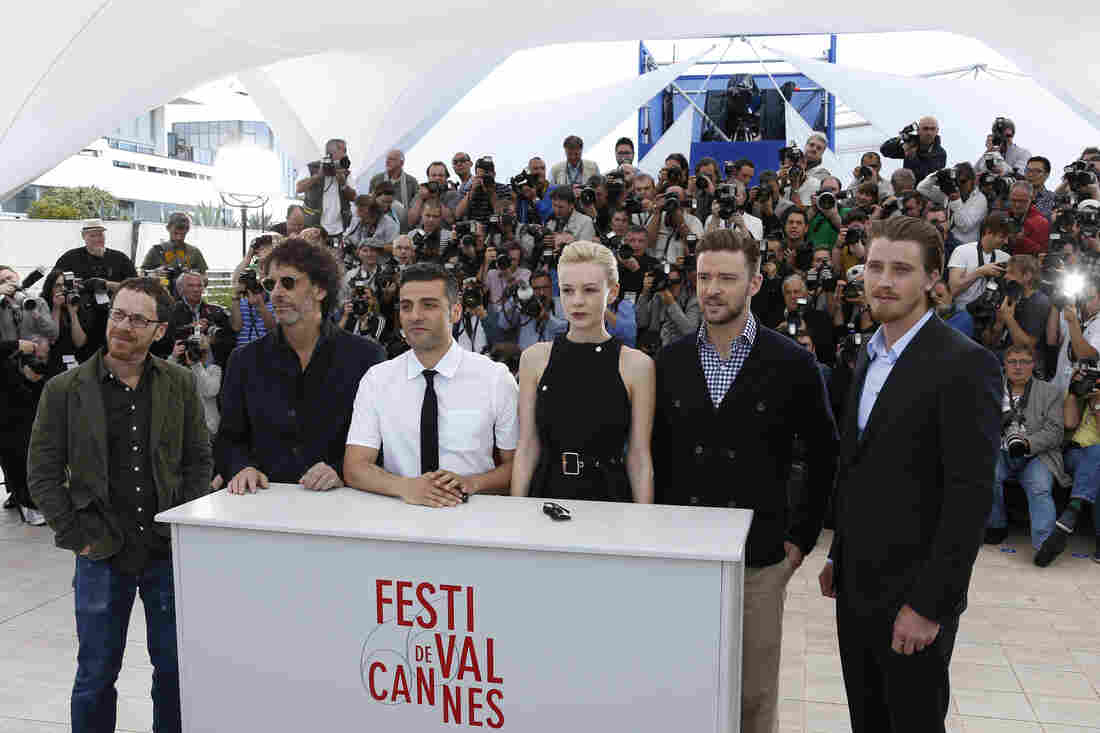 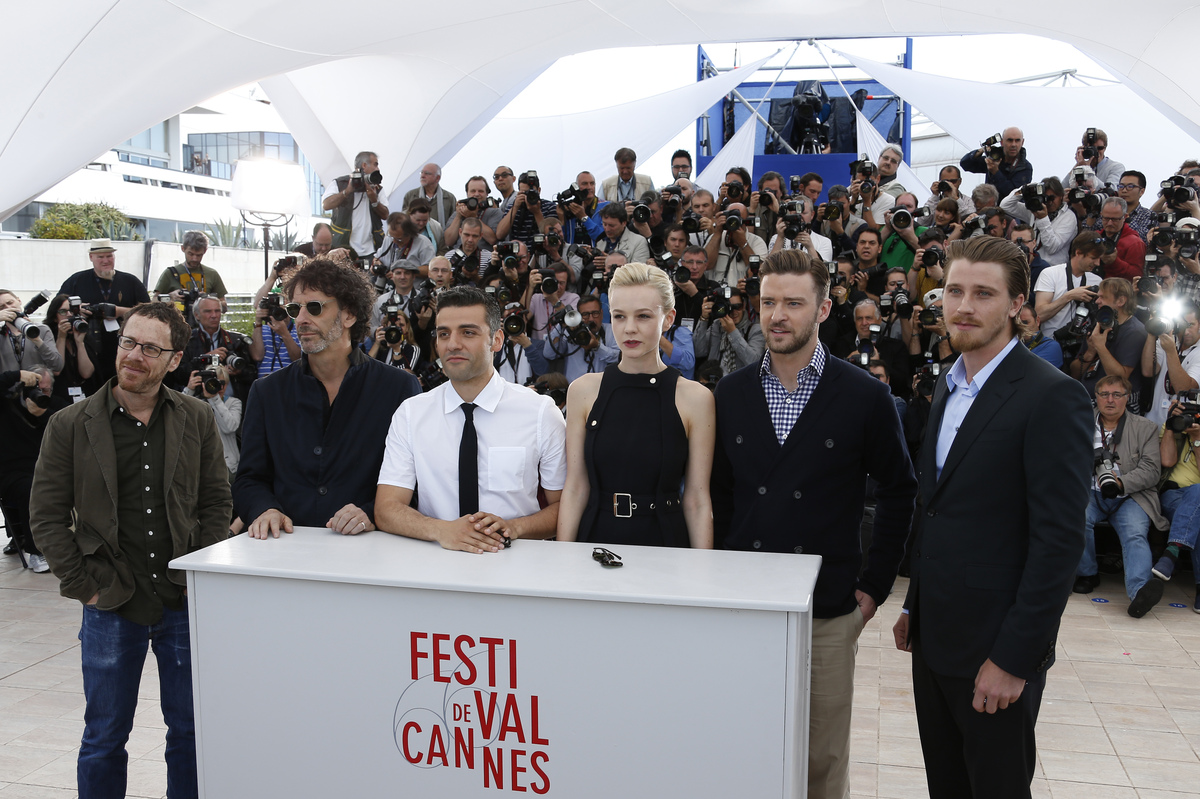 Ethan (left) and Joel Coen, Oscar Isaac, Carey Mulligan, Justin Timberlake and Garrett Hedlund arrive at the presentation of Inside Llewyn Davis at the Cannes Film Festival on May 19, 2013.

Joel and Ethan Coen, those good suburban Minnesota boys, came of age right as Bob Dylan was recoiling from touching the third rail of his own electrified early 1960s and retreating into seclusion (and, later, Nashville). So this 2013 film, a semi-surreal peek at the West Village folk scene in the winter of 1961, could be seen as their own Life Of Brian. Life throws enough tribulations at Llewyn as he attempts to make a serious life (if not his rent money) to set him next to any number of other hapless Coen Brothers protagonists and plenty of the performances are goofily naive, but there's a real sense throughout the story that sometimes — sometimes — music can speak profound and sincere truths. 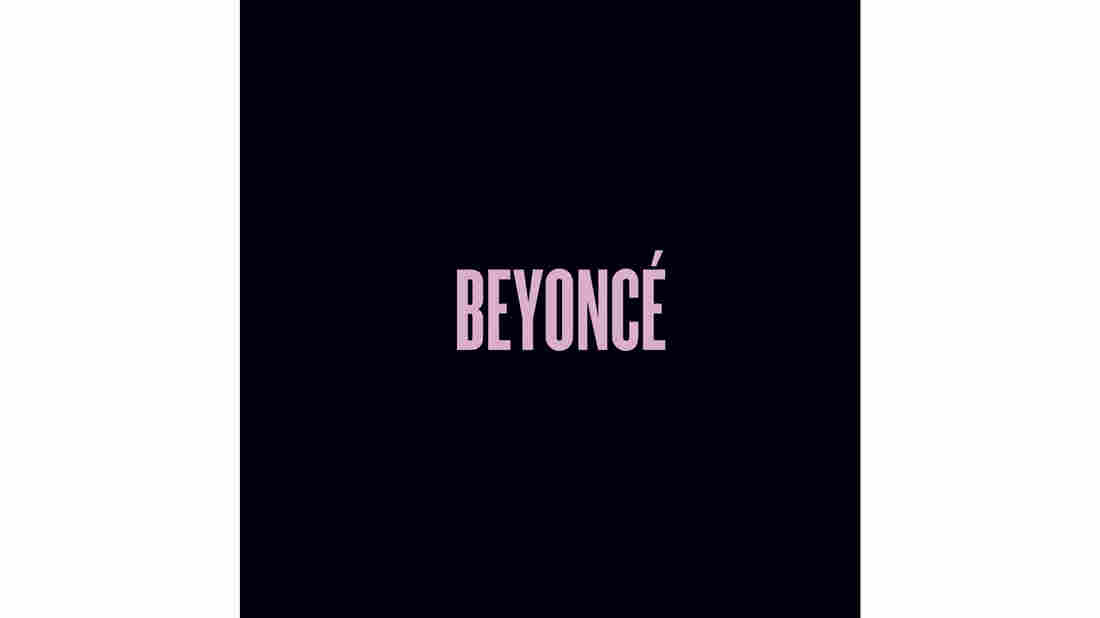 "Changed the game with that digital drop,"... and she sure wasn't lying.

Beyoncé quite literally caused shock and awe in the music world when she dropped her eponymous fifth studio album out of thin air two weeks before the end of 2013. Beyoncé marked the first time an artist of this stature had released a full body of work, complete with visuals for every song, without any kind of commercial promotion. Executing an all-encompassing artistic vision, Bey teamed up with top-notch directors to deliver 17 unconnected short films for every song on the 14-track project.

The same night Beyoncé hit streaming services, Knowles said in a video interview — one she also self-released — that she'd decided to drop this visual album to disrupt the industry standard of digesting a musical work by singles and instead give fans an "immersive" experience they could invest in. "When I'm connected to something, I immediately see a visual," Bey explained. "I wanted people to hear the songs with the story that's in my head, 'cause this is what makes it mine."

Beyoncé marked other firsts for the powerhouse singer's epoch and the music industry at large. Coming off a rare break after a 16-year sprint through pop and R&B, this was her first album as a mother. It was her first album that was recorded in complete secrecy. Three days after the releases, Apple announced that Beyoncé was the fastest-selling album in the history of the iTunes Store both nationally and internationally. It also debuted at No. 1, making Bey the first female solo artist to have her first five albums all debut atop the Billboard Top 200.

Though Beyoncé has found ways to artistically top herself since, it was 2013's self-titled masterpiece that created a truly new moment in modern music history, changing the game of how others like U2, Drake — even her own husband — promote and release their art. World stop. --Sidney Madden