Accessibility links
NPR Music 10: 2015 In 2015, Kendrick Lamar's To Pimp A Butterfly spawned a protest anthem, Hamilton rewrote history and Sufjan Stevens dug into his own past.

Listen to a conversation about the music of 2015

Read and listen: Memories from the year of 'Hamilton,' Tidal, 'Carrie and Lowell' and 'Tomatogate'

Listen to a conversation about the music of 2015 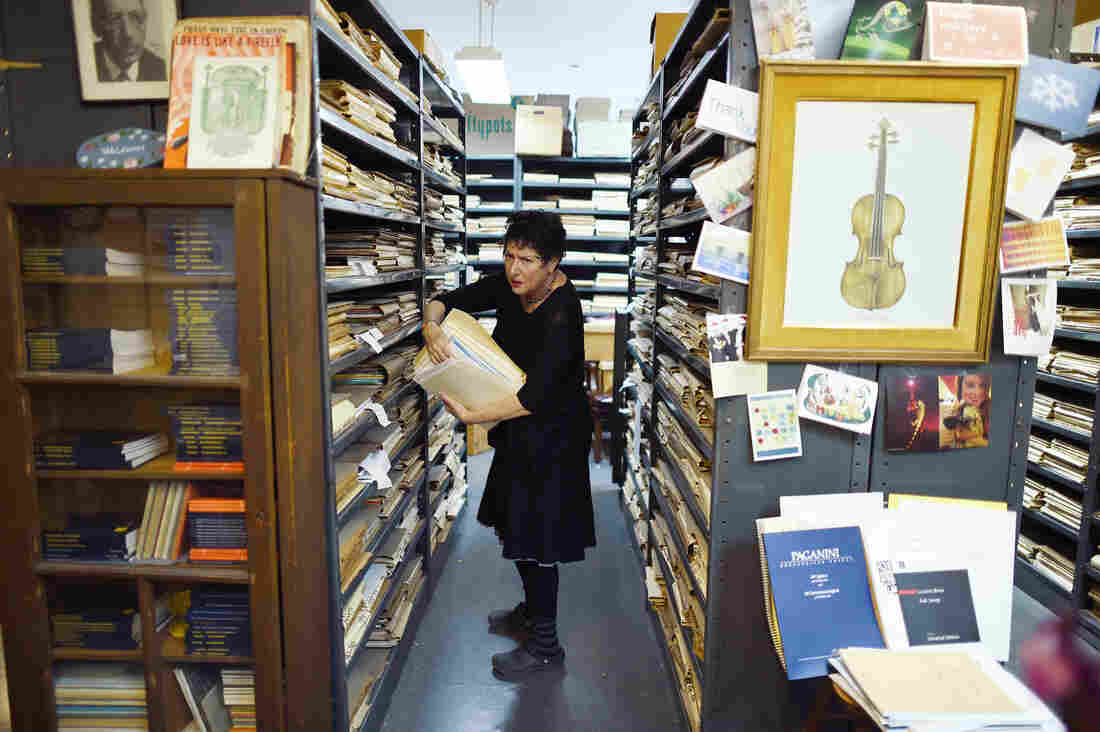 It may have survived beyond its era, but when Frank Music Company, which had been open for 77 years, closed its doors on West 54th Street in Manhattan for the final time, it was the subject of tributes and pilgrimages from distraught fans. As its owner, Heidi Rogers wrote in a farewell note, the rise of Internet giants like Amazon had made the store "a shadow of its former self." We pay a cost for getting everything we want at the moment we want it. This was one. 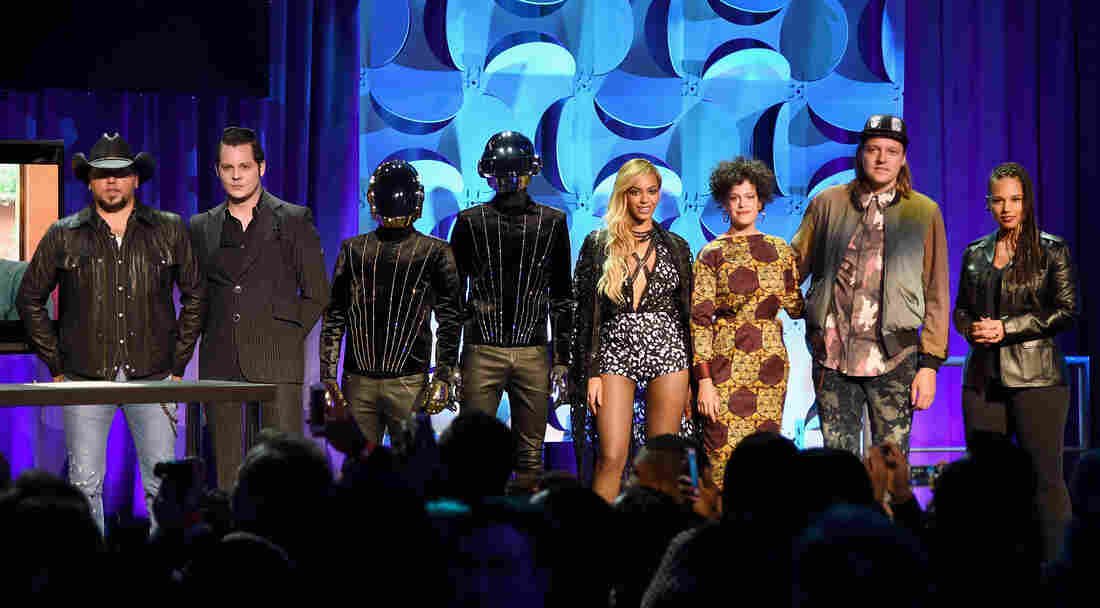 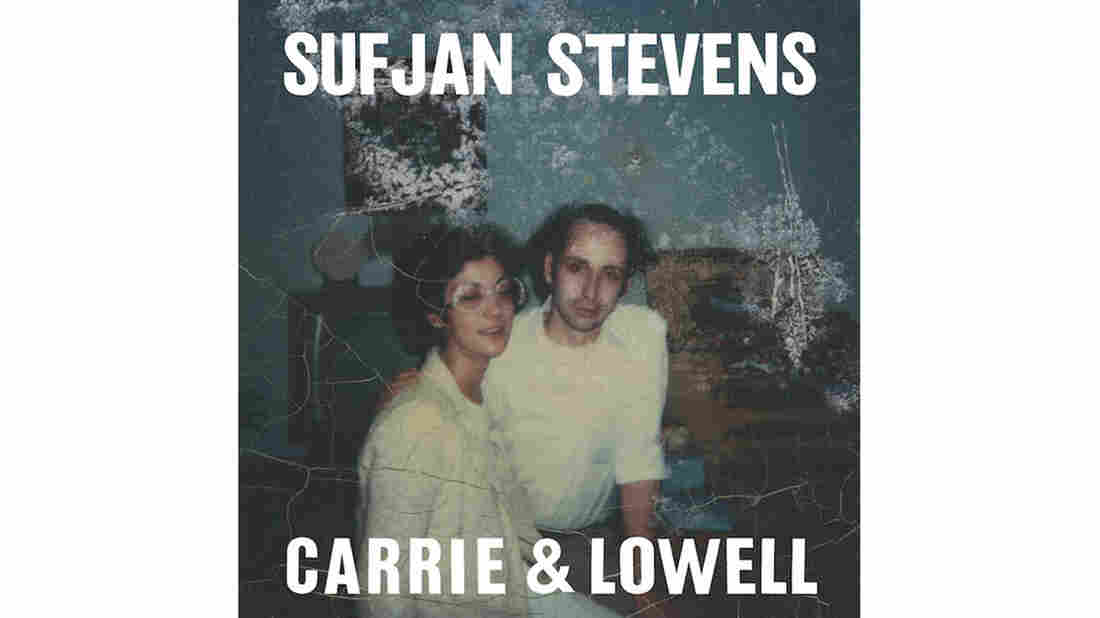 Carrie & Lowell is perhaps the decade's most vulnerable and candid confessional — not for the transgressions of Sufjan Stevens' mother, who, he reveals, abandoned him when he was a small child, but for the painfully raw portrayal of the heartache he's carried around for decades. While Stevens has woven personal tales into his music on multiple albums — and musically, Carrie & Lowell was actually a return to his roots as a gentle-voiced neo-folk singer — it's the kind of album that makes you rethink everything you thought you knew about the artist.

For context, Stevens' mother suffered from depression and schizophrenia. She was also an alcoholic who left her family behind when Stevens was just a year old. After she remarried, he spent a few summers with his mother (Carrie) and stepfather (Lowell). But by the time he was 8, his contact with her had mostly ended. They reconnected later in life, and he was by her side when she died of cancer in 2012.

Stevens pours all of his grief and despair into Carrie & Lowell with unflinching grace. But the real triumph of this album is the full-throated love and forgiveness Stevens has for his mother after the years of suffering she put him through. "Did you get enough love, my little dove? Why do you cry?" he sings on "Fourth Of July," imagining a conversation with his mother from beyond the grave. "I'm sorry I left but it was for the best, though it never felt right, my little Versailles." The music and message leave you feeling nothing but gratitude for the miracle of life, warts and all. --Robin Hilton 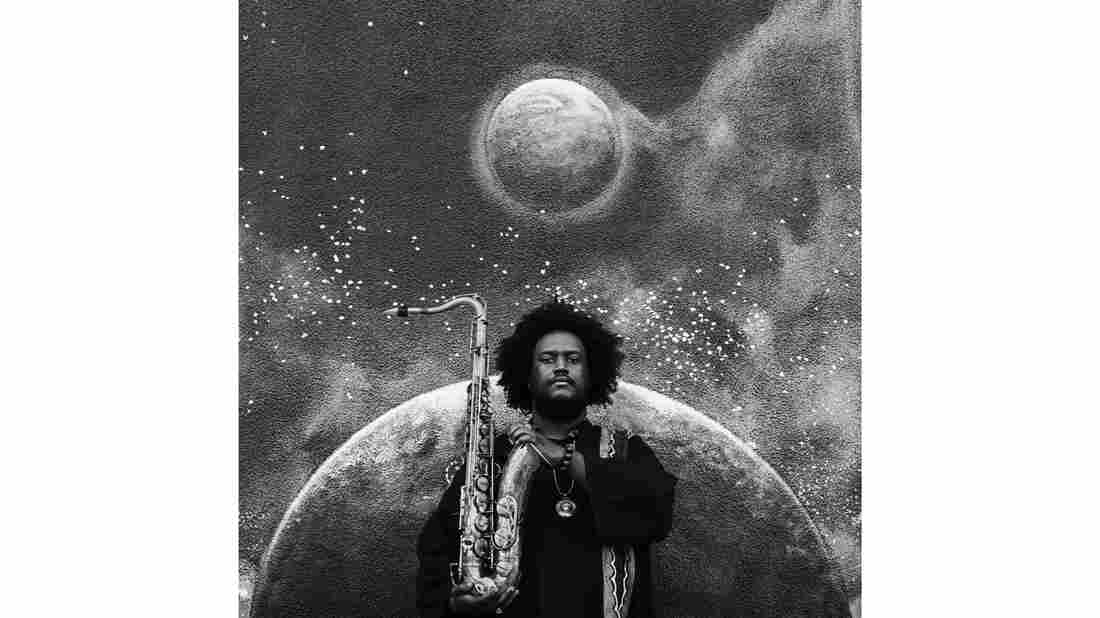 Not since Wynton Marsalis had a jazz musician caused such a stir. But Washington's music — brawny and celestial, full of urgent spirit and unrepentant swagger — was its own beast, embraced as a message for our time.

"Tomatogate" sets fire to a conversation about women in country music 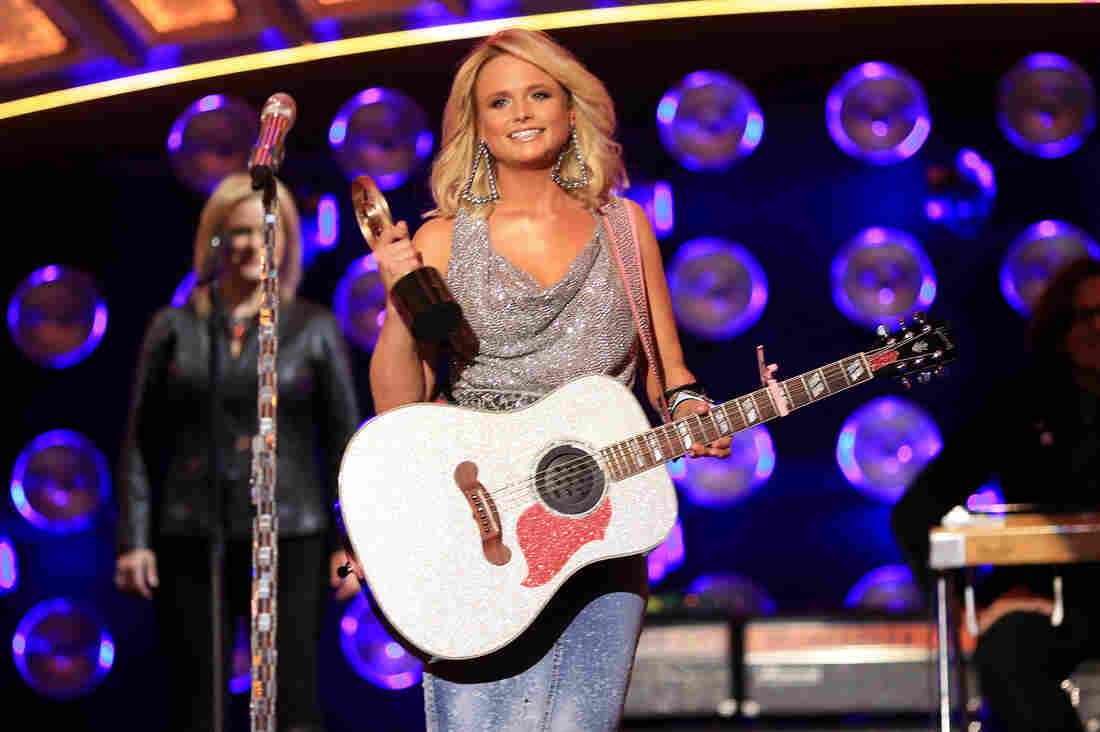 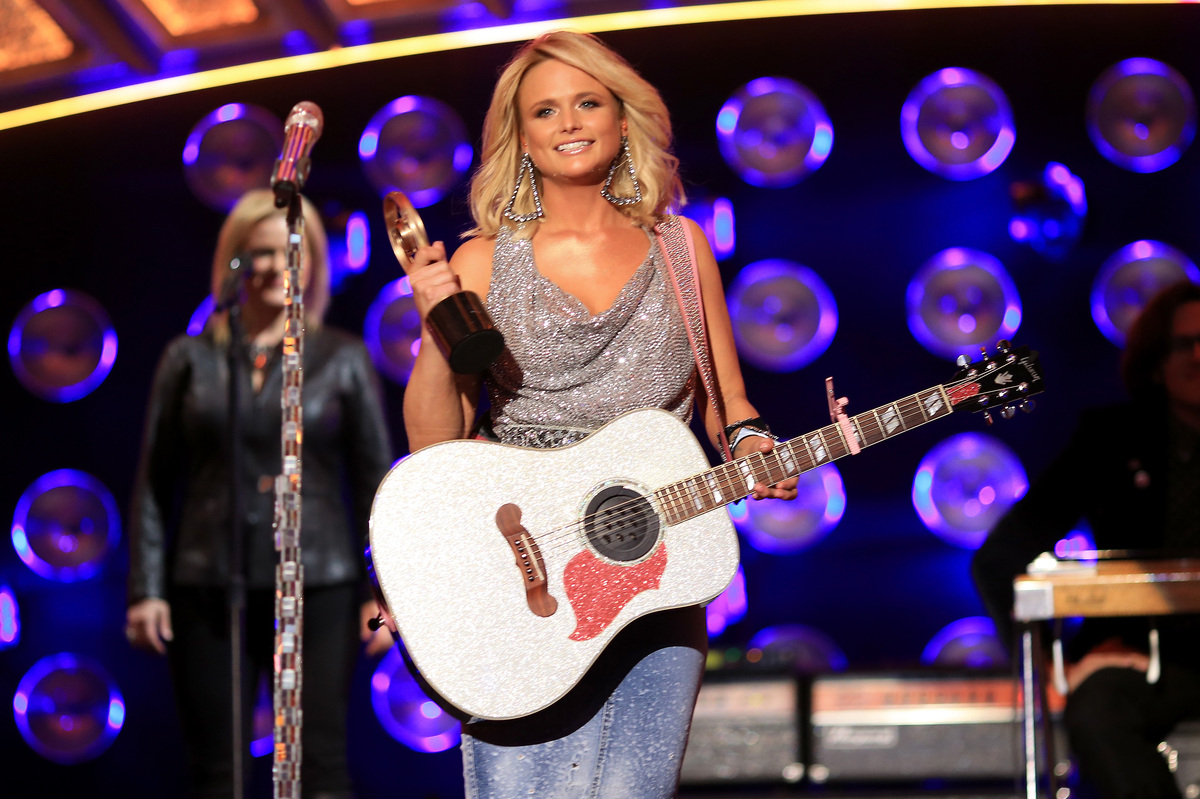 We were barely into the 2010s when some of us chart-watchers noticed male hitmakers outnumbering female voices on country radio playlists by sizable margins and began writing mildly concerned articles about the trend. The gender imbalance grew more glaring over the next few years, with the rise of a frathouse brand of masculinity, fueled in part by country radio's newfound interest in adding late-teen and 20-something listeners, guys especially, to its heavily adult and female demographics. So many of the party-soundtracking bangers that came to be branded as "bro country" cast young women in the roles of accessories and conquests.

I took note when a handful of women in positions of influence in the industry took steps toward mounting an organized response through CMT's Next Women of Country campaign and the initially intimate town hall-style gatherings of Change the Conversation. But nothing galvanized the movement like the tone-deaf comments buried in a trade mag interview that went viral in June 2015. The interviewee, a veteran country radio consultant, spelled out a programming philosophy that marginalized female acts and used an unfortunate metaphor, advising that women should be thought of as tomatoes sprinkled sparingly on the format's predominately male salad. The episode came to be known as "Tomatogate."

Navigating through CMA Fest crowds days later, I encountered a group of fans selling t-shirts out of a rolling suitcase that bore the ironed-on slogans, "Let the tomatoes play!" and, "Without tomatoes, lettuce is just... limp." A number of outraged artists chimed in on social media, including Martina McBride, who Instagrammed a shot of herself and her producer/husband sporting "tomato" and "tomato lover" shirts. Miranda Lambert, who called the consultant's words "the biggest bunch of BULLS*** I have ever heard," redoubled her efforts to support female talent, mounting all-woman tours, spotlighting her female co-writers and starting a scholarship for young women aspiring to work in the industry. Cam made a music video that showed a woman triumphing in a male-dominated field. Angaleena Presley shaped a biting, imaginative album around experiences of sexism. Maren Morris penned an op-ed for Lenny Letter. Change the Conversation commissioned research and emphasized mentoring, Next Women of Country expanded its scope, and the weekly writers round Song Suffragettes, became a platform for unestablished, young female writers. And that's just an abbreviated accounting.

Plenty of outlets that expected retrograde attitudes from Nashville ran titillating headlines about Tomatogate that summer, but the efforts of country's invested female fans, music makers and businesswomen, both before the scandal and since, have too often gone overlooked. From my vantage point, watching on the ground, what they've been up to counts as political activism. --Jewly Hight 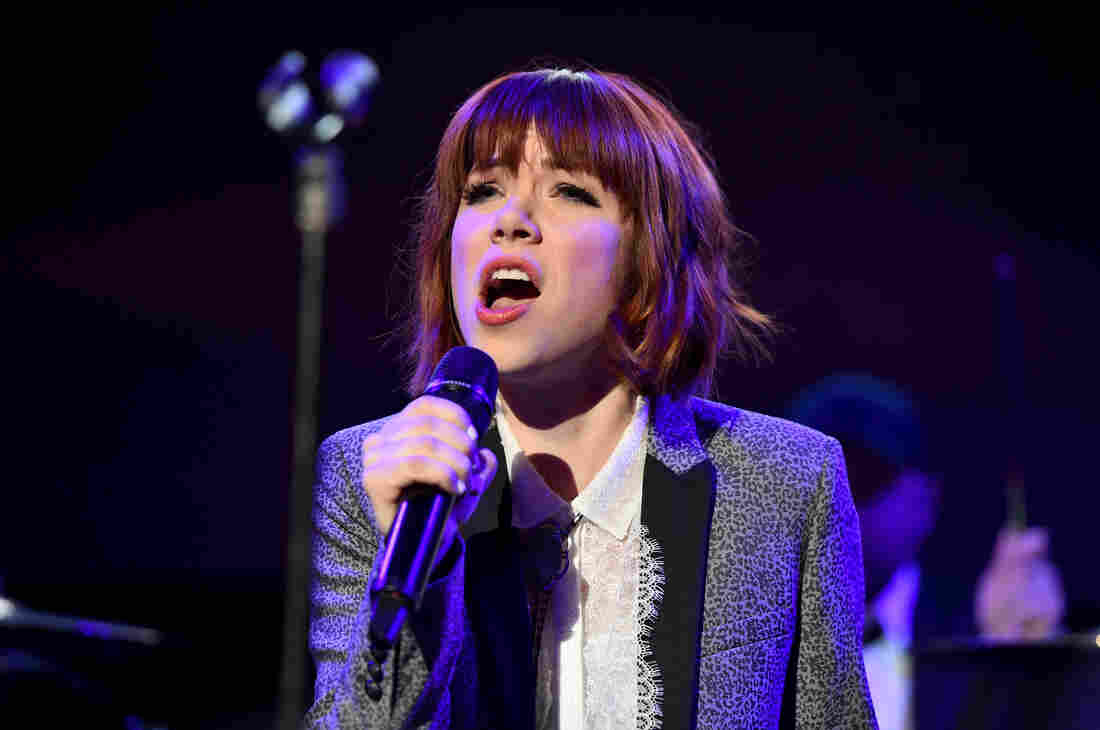 At some point in 2012, Carly Rae Jepsen's "Call Me Maybe" became part of the collective consciousness. Though the song was inescapable, it couldn't make Kiss, Jepsen's record of over-the-top pop, a commercial success. Carly Rae evangelists, myself included, clung to its standouts, like the throbbing "Turn Me Up" and the driving "Tonight I'm Getting Over You," as proof that there was promise. Reports that Jepsen was at work with Dev Hynes and Ariel Rechtshaid, among others, stoked interest in what could come. Suddenly Robyn's trajectory, from top of the charts to critical acclaim, seemed plausible for Carly Rae. And in March of 2015, the effervescent single, "I Really Like You" meant another delirious chorus was destined for domination.

E•MO•TION, when it finally arrived three months later, felt fully aware of the long and uncertain wait that preceded its arrival. That heightened sensation of anticipation doesn't fade; instead, the record plays into that unpredictability, capturing the moments one feels after asking what's next. "Run Away With Me" climbs to its crescendo, and "Gimmie Love" lurches toward its chorus. Dealing in first and second person, E•MO•TION implores and pleads, tempering proclamations with apologies, backtracking to cover up its boldness. The daring "Making The Most Of The Night," lays it all on the line, desiring with utter simplicity and directness. And though Jepsen remains, to most, simply the maker of "Call Me Maybe," E•MO•TION lives up to its name: both unspecific and all-encompassing. --Lyndsey McKenna 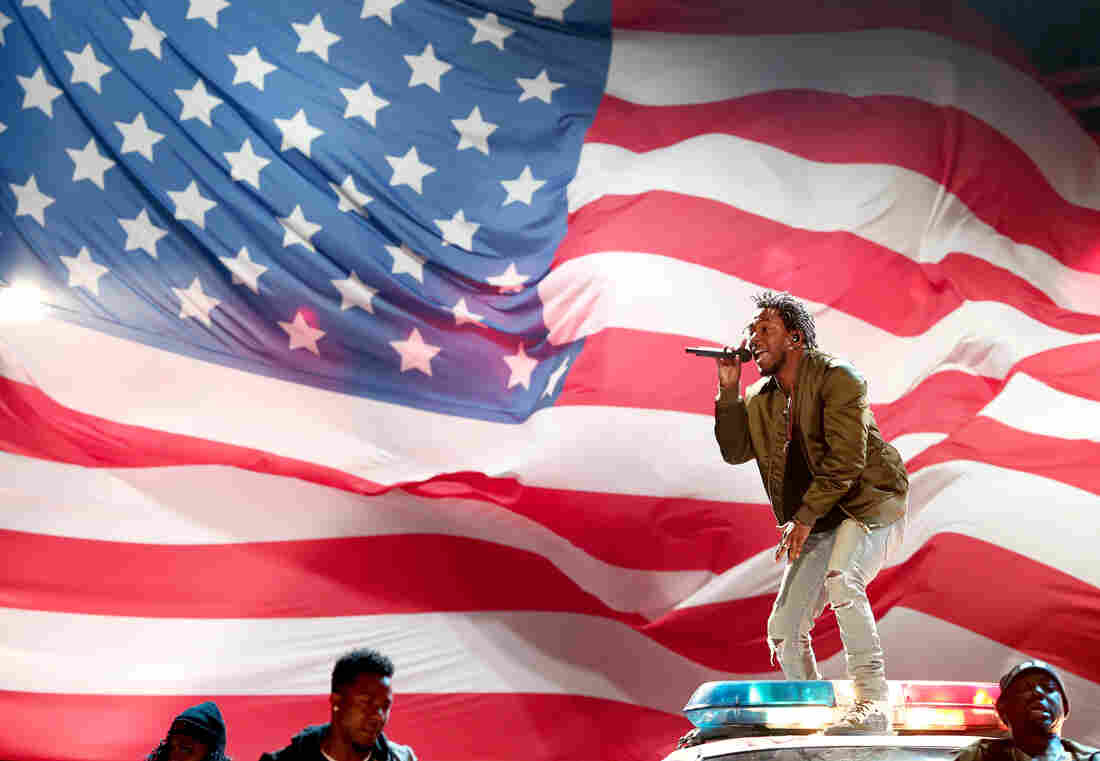 Hip-hop has long been the soundtrack of protest movements, but Lamar's "Alright" swept through as the anthem that offered a movement the most hope, joy and possibility for the future. 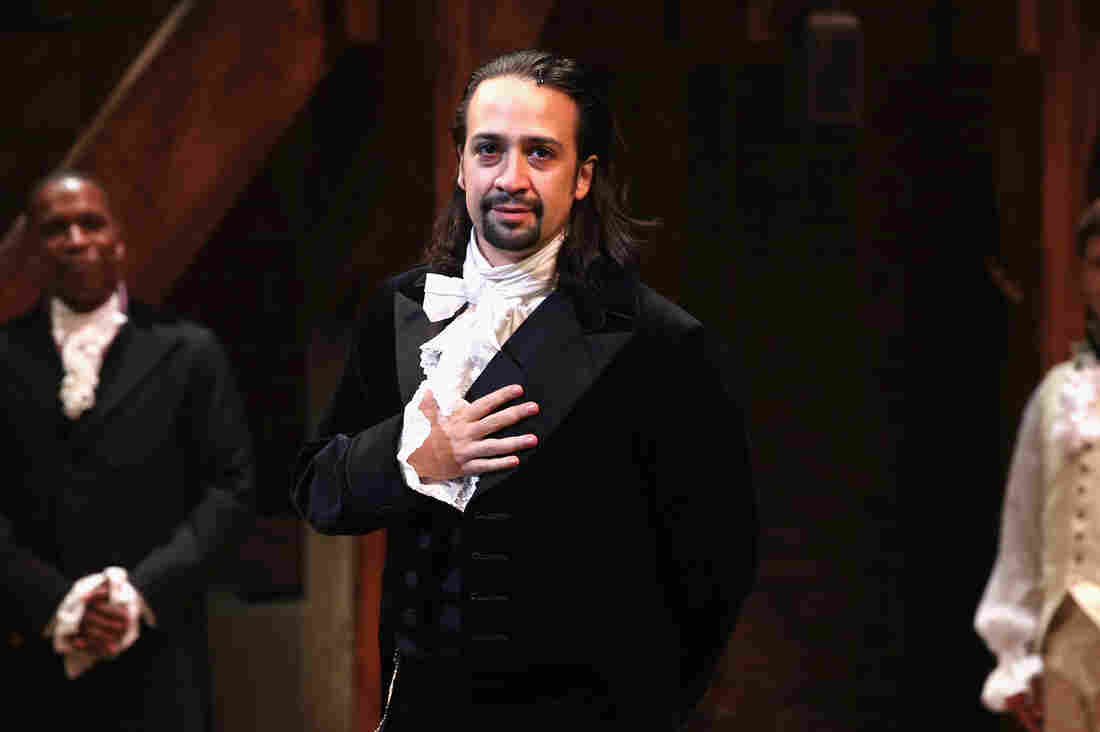 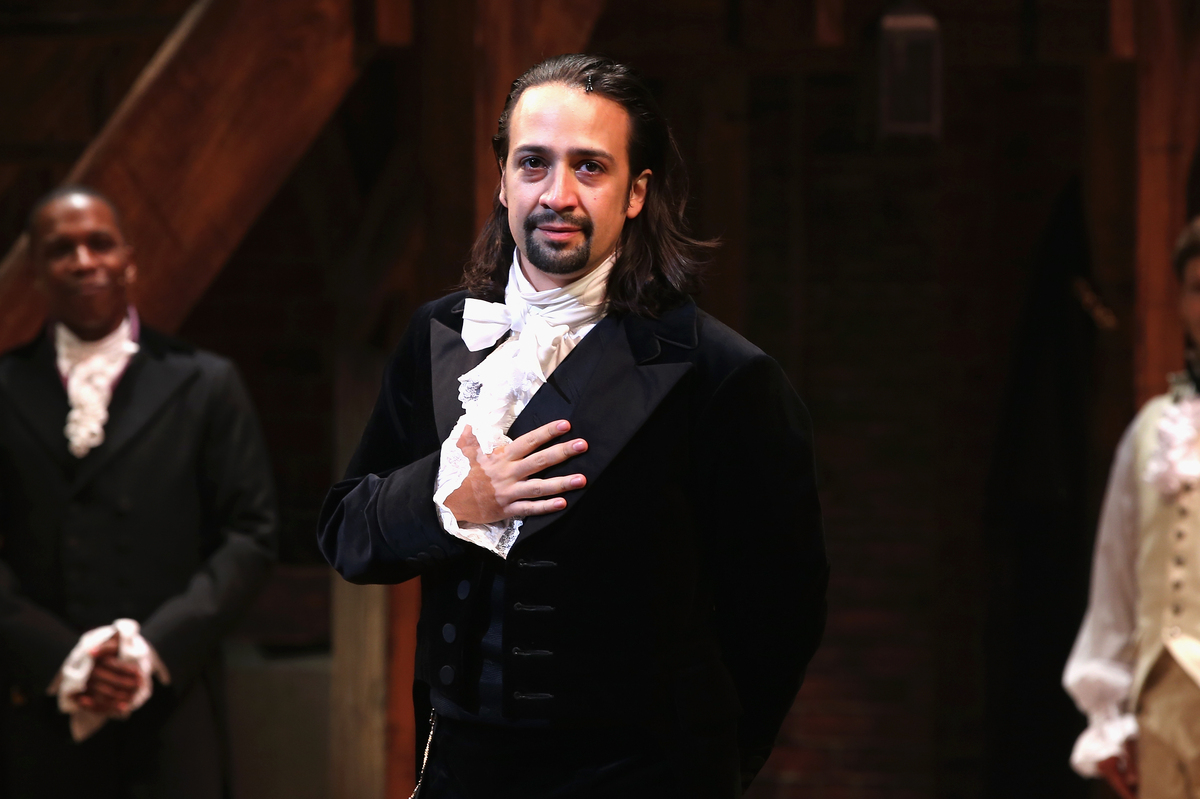 The original cast recording for a musical reimagining of America's forefathers, sung through the most popular American music of the last 30 years, is revelatory experience in itself. A mixtape featuring versions of the songs by hitmaking rappers would follow a year later, but the document of the Broadway show itself was the thing: It was certified triple platinum in February 2017. 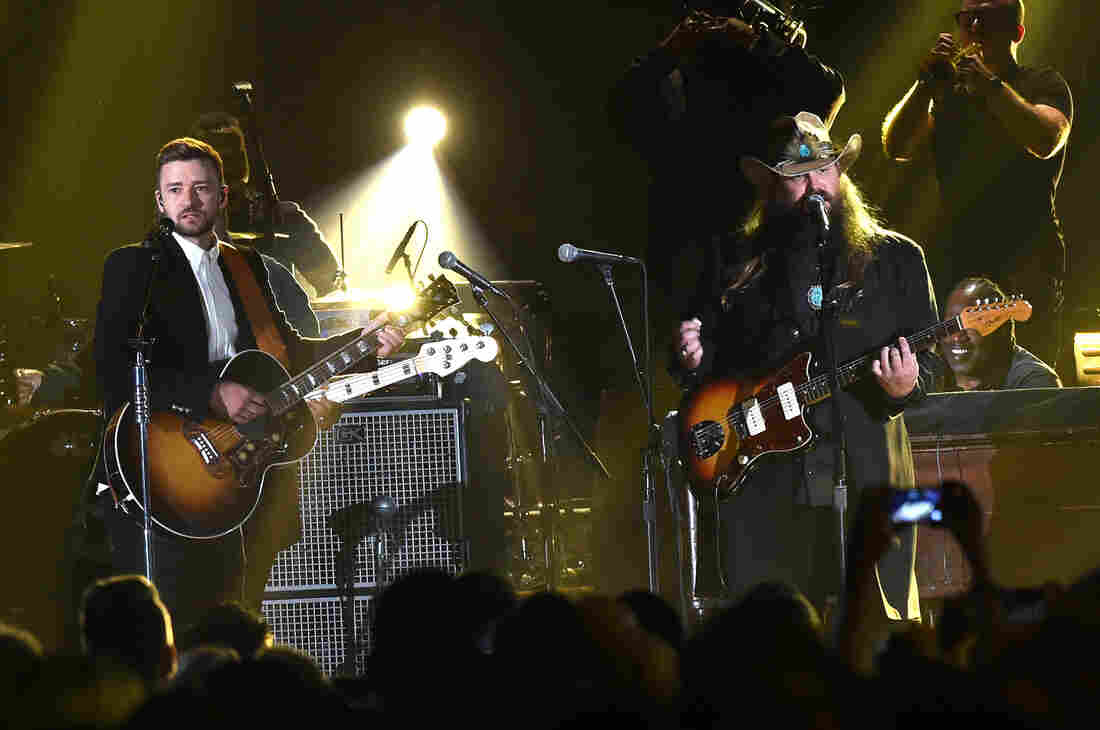 Pulling mainstream country out of its slide into weak beats and gimmickry, the majestically voiced guitar master and stellar songwriter Chris Stapleton gave a career-galvanizing performance (along with his pal Justin Timberlake) and swept the genre's biggest awards show.