Accessibility links
Eliminating Police Bias When Handling Drug-Sniffing Dogs Drug-sniffing dogs can "cue" off the handlers' belief that there's something to be found; one K9 association is trying to make the drug-sniffing process more scientific. 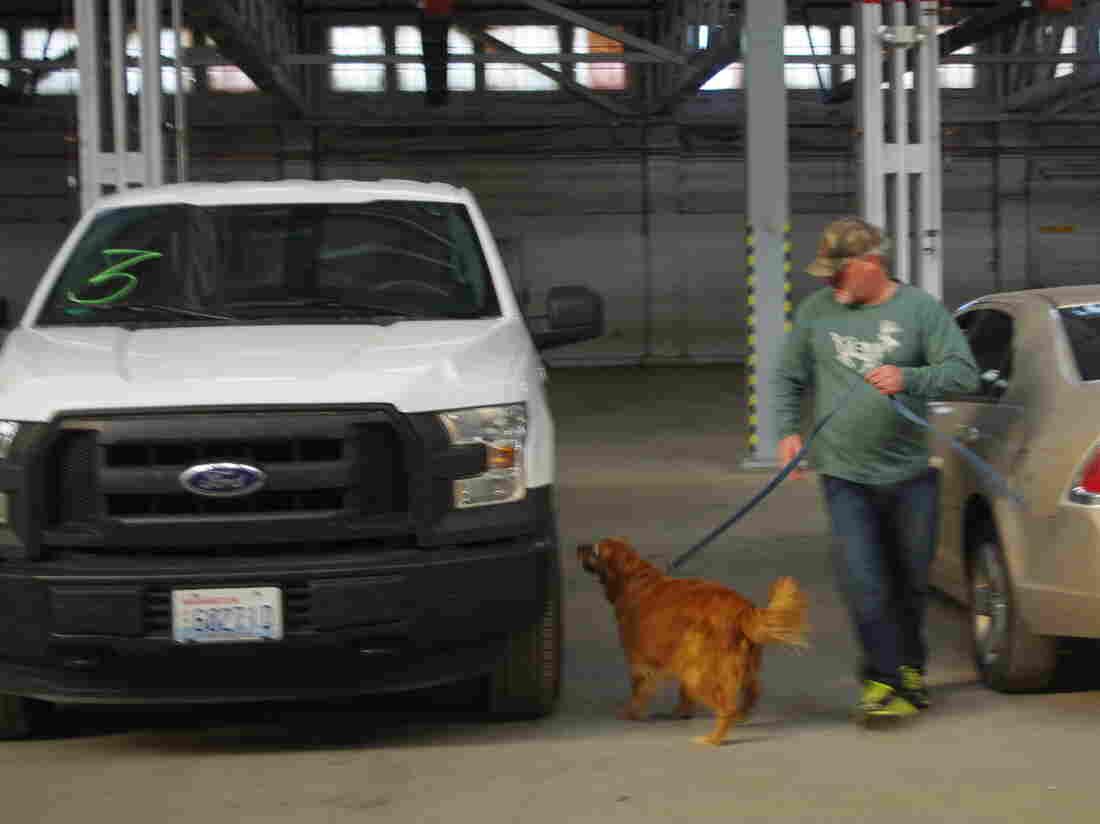 Officer Darrell Lobe of the Bothell, Wash. police department "proofs" a hidden-drugs test at the start of a K9 certification. The location of drugs in the vehicles was determined by rolling a die to prevent bias. Martin Kaste/NPR hide caption 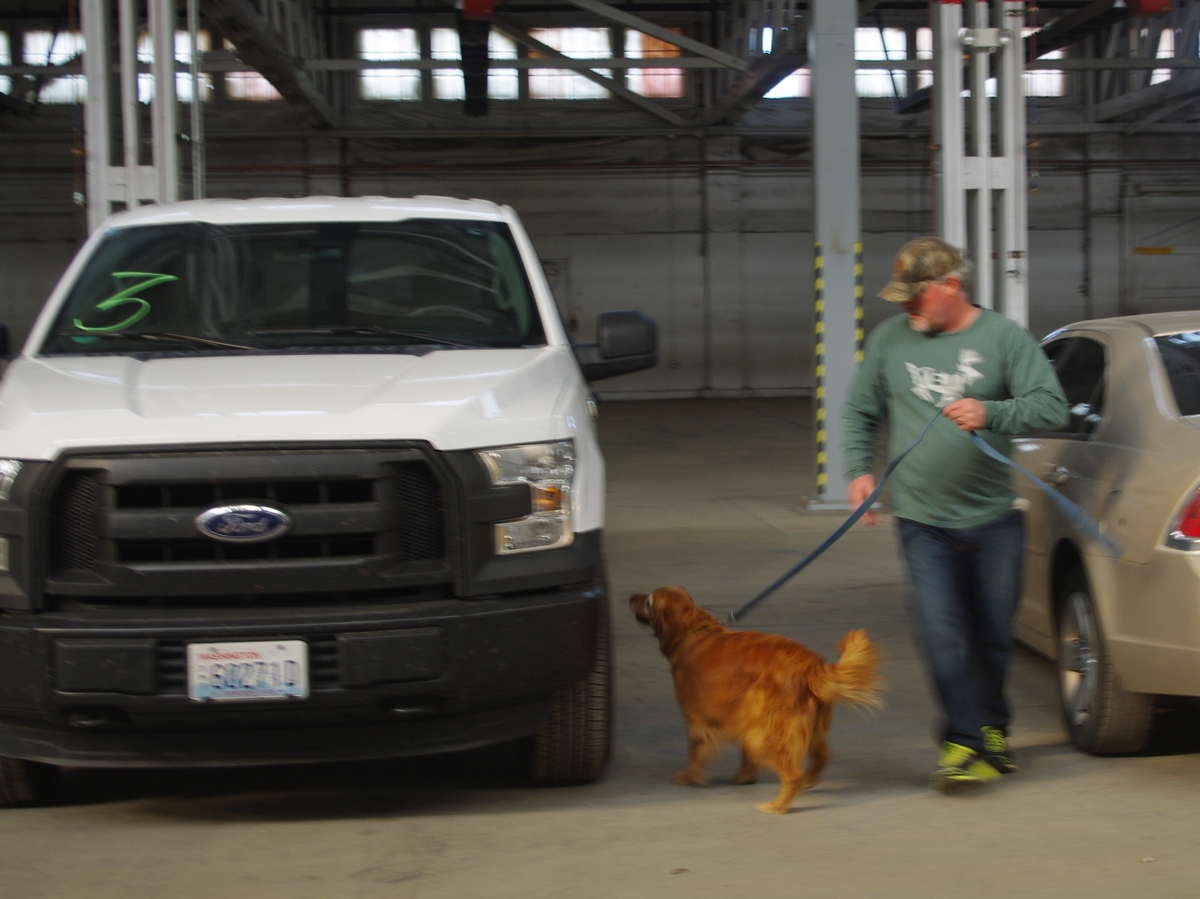 Officer Darrell Lobe of the Bothell, Wash. police department "proofs" a hidden-drugs test at the start of a K9 certification. The location of drugs in the vehicles was determined by rolling a die to prevent bias.

Seven years ago, a researcher named Lisa Lit published a study that she now calls "a real career-ender."

On the surface, the study tested the abilities of fourteen certified sniffer dogs to find hidden "targets." In reality, the dogs' human handlers were also under the magnifying glass. They were led to believe there were hidden target scents present, when in fact there were none. Nevertheless, the dogs "alerted" to the scents multiple times — especially in locations where researchers had indicated a scent was likely.

"I think the findings were a little surprising," Lit says. "I don't think the number of incorrect responses was what anybody was really anticipating out of this study."

Police dogs searching for drugs sometimes "alert" for them when they're not there. That raises questions about the influence of the dogs' handlers. As NPR learned, there is now an effort by some in the training community to eliminate the influence of their handlers' suspicions to make dog searches more fair.

Lit's study made headlines in the U.S. and abroad, as it seemed to question the impartiality of police K9 teams. In most states, an alert by a certified drug-sniffing dog gives police the right to search your car; some cops jokingly refer to the dogs as "probable cause on four legs." With this study, that probable cause looked shakier.

Dog trainers and handlers denounced the study and its methods, and Lit couldn't get their cooperation for further research. Dr. Cynthia Otto, another researcher who runs the Penn Vet Working Dog Center at the University of Pennsylvania, recalls the backlash.

"At the time it was extremely contentious, mostly because it felt like people were duped," Otto says. "That [the handlers] were kind of tricked into this and taken advantage of." 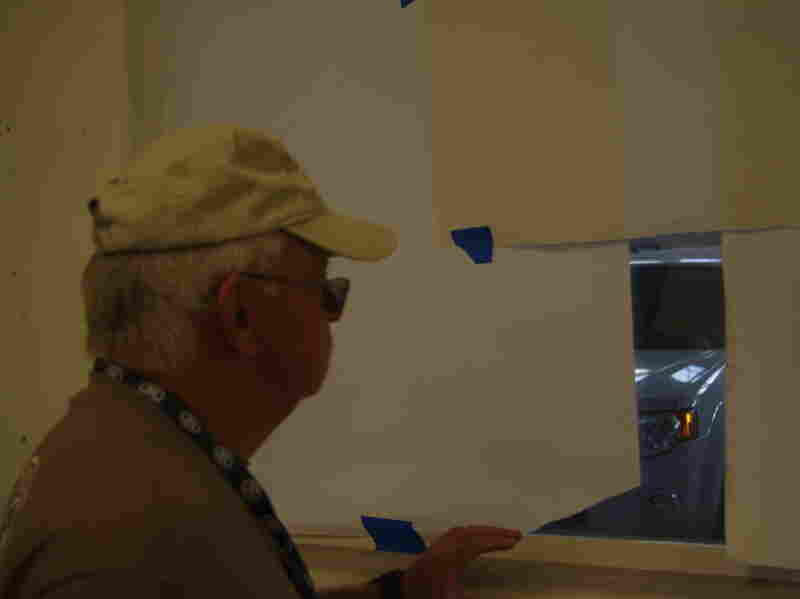 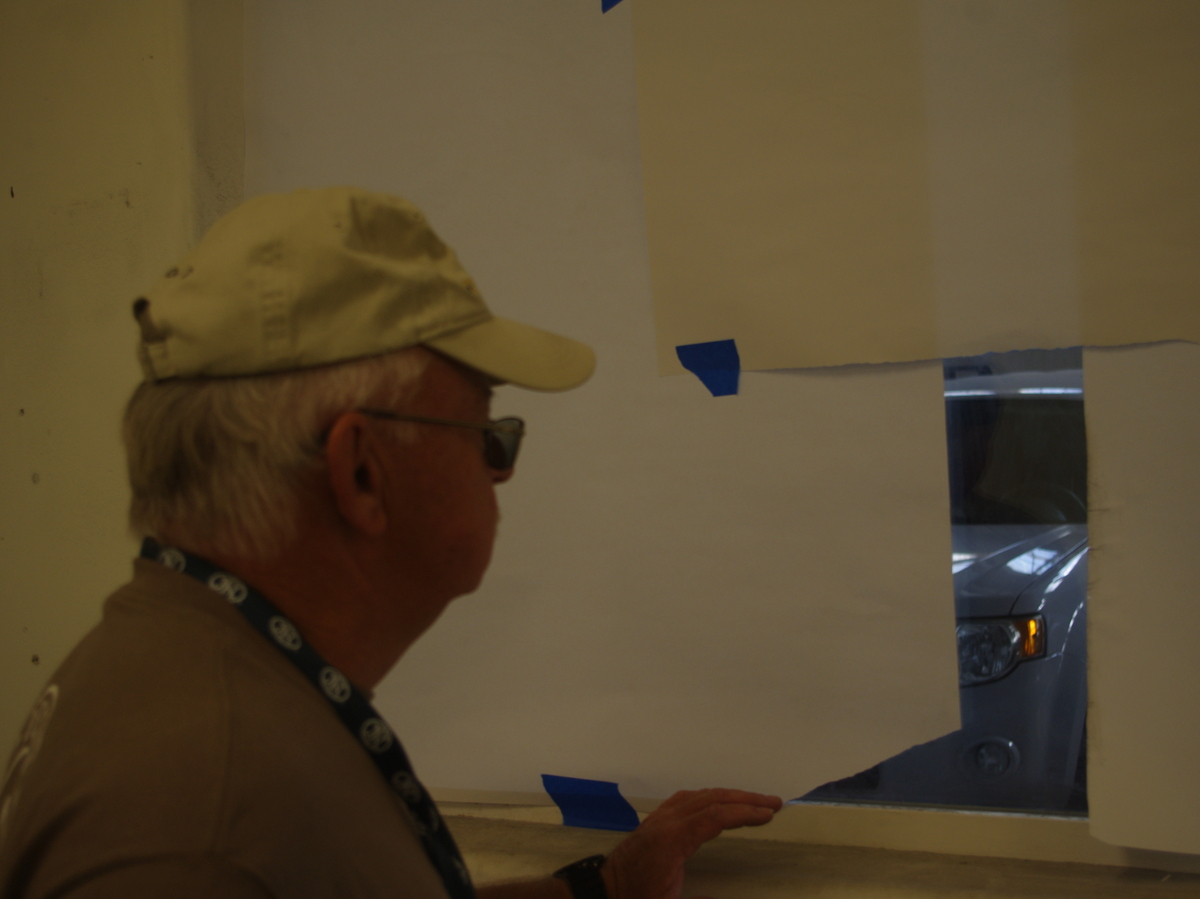 Fred Helfers observes a K9 certification test through a partially masked window, to avoid any possibility of influencing the outcome.

But now that some time has gone by, Otto says there are trainers and handlers who are willing to put those emotions behind them and look at the problem identified by the study: dogs are very good at reading humans.

"There is this elephant in the room, the human factors," she says. "We have to grab onto that and address it, so that we can mitigate some of these effects."

One organization trying to address handler bias is the Pacific Northwest Police Detection Dog Association. In the U.S., a drug-sniffing dog team — the dog and its handler — has to be periodically retested and certified, usually by one of the many regional K9 associations. Some groups have tougher testing methods than others; the PNWK9 has a method that aspires to scientific levels of impartiality.

"It's a double-blind," says Fred Helfers, the retired police K9 handler and trainer who designed the system. "No outside influence."

In Helfers' tests, nobody in the room knows where the drugs are hidden; not the handler, not even the test administrator. That's to eliminate the possibility of someone unconsciously telegraphing signals to the dog as it gets close to the target.

The tests are also randomized. Ahead of time, Helfers spends hours rolling dice to determine in which suitcases or cars to hide the target drugs. By rolling dice, he avoids following any kind of pattern which handlers might try to guess, the way a student might try to guess the patterns of answers in a mutiple-choice exam.

Occasionally, the dice determine that there will be no drugs hidden at all — sometimes for several tests in a row. He recalls that happening at another certification event.

"There were some new teams that failed that sequence," Helfers says. "Because they didn't trust their dog."

He says those handlers couldn't get past their expectation that drugs should be there. "I think they 'overworked' the car. Instead of going around once or twice and trusting their dog and watching their dog work, maybe they'd seen something that wasn't there," Helfers says.

He hopes his double-blind testing approach will catch on more broadly. But it's a tough sell. K9 handlers don't like being told they might be unconsciously cueing their dogs; some don't think it's even possible.

And there are powerful incentives not to change how things are done, says Andy Falco, a former police K9 handler who now trains dogs and works as an expert witness for defense attorneys.

"All [police departments] care about is how many cars you're pulling over, how much money is being seized because your dog alerted," he says, referring to departments that use civil asset forfeiture to keep money and other property found in cars after a K9 alerts to the scent of drugs.

"They go, 'It's easy! All I gotta do is walk my dog around, and look for him to change his behavior slightly, and then we can go inside and sometimes we'll find a million dollars and then we can seize it!'"

Does Falco think handlers are consciously cueing their dogs?

"I think in the beginning it's subconscious, but at some point, you know, how hard do you want to work, right?"

Falco says the UC Davis study has put more pressure on police to show that their dog teams are unbiased. The study is often cited by the defense in drug cases, and he's glad to see organizations such as the PNWK9 responding with more scientific certification methods.

But he'd like to see dog teams go further, by keeping detailed records on how often a dog alerts to a drug, but finds nothing. Some dog handlers do that; others say it's not a fair method for judging a dog's accuracy.

"There's been cars that my dog's hit on... and just because there wasn't a product in it, doesn't mean the dog can't smell it," says Gunnar Fulmer, a K9 officer with the Walla Walla Police Department. "[The drug odor] gets permeated in clothing, it gets permeated in the headliners in cars."

Handlers also point out that scientific neutrality is not something you can reasonably expect during traffic stops, since police are trained to act on their suspicions.

"The dogs are mainly used to confirm what we already suspect," says Fulmer. "When the dogs come out, about 99 percent of the time we get an alert. And it's because we already know what's in the car; we just need that confirmation to help us out with that."

Still, the certification process developed by Fred Helfers may at least force K9 teams to prove they're capable of searching for drugs in a neutral fashion. He says the tests serve as a reminder to handlers that they should trust their dogs — even when the dogs come up empty.