Accessibility links
New Trump Hotel Set To Open In Heart Of Mississippi Delta Ethics experts question new Trump hotels being built during his presidency. The new Trump-associated line looks to capitalize on a nearby Grammy museum — and is also running into local politics 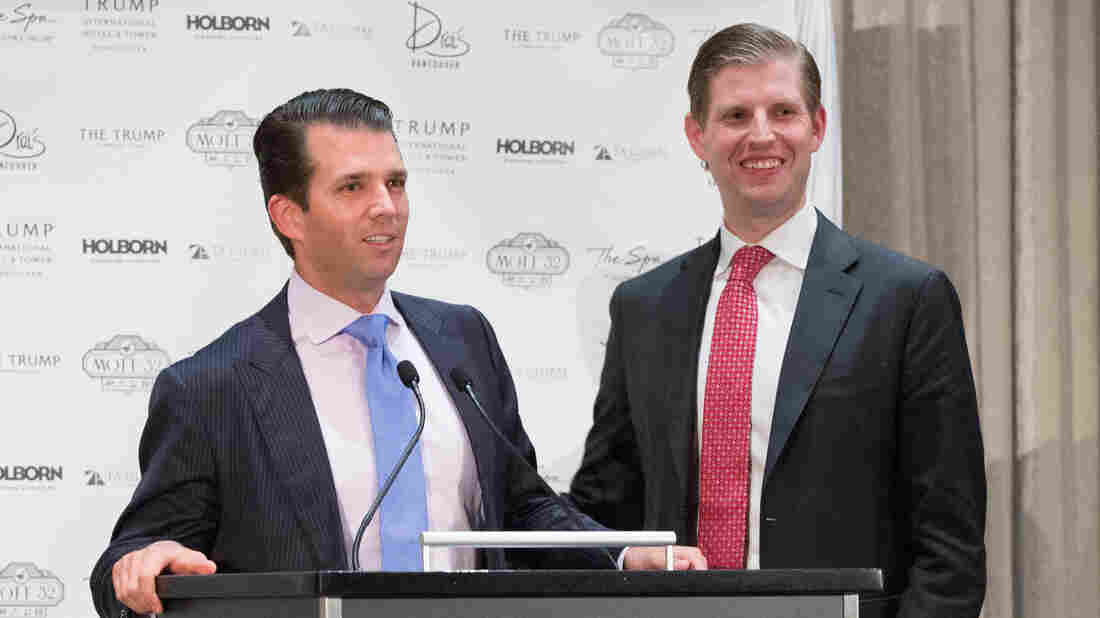 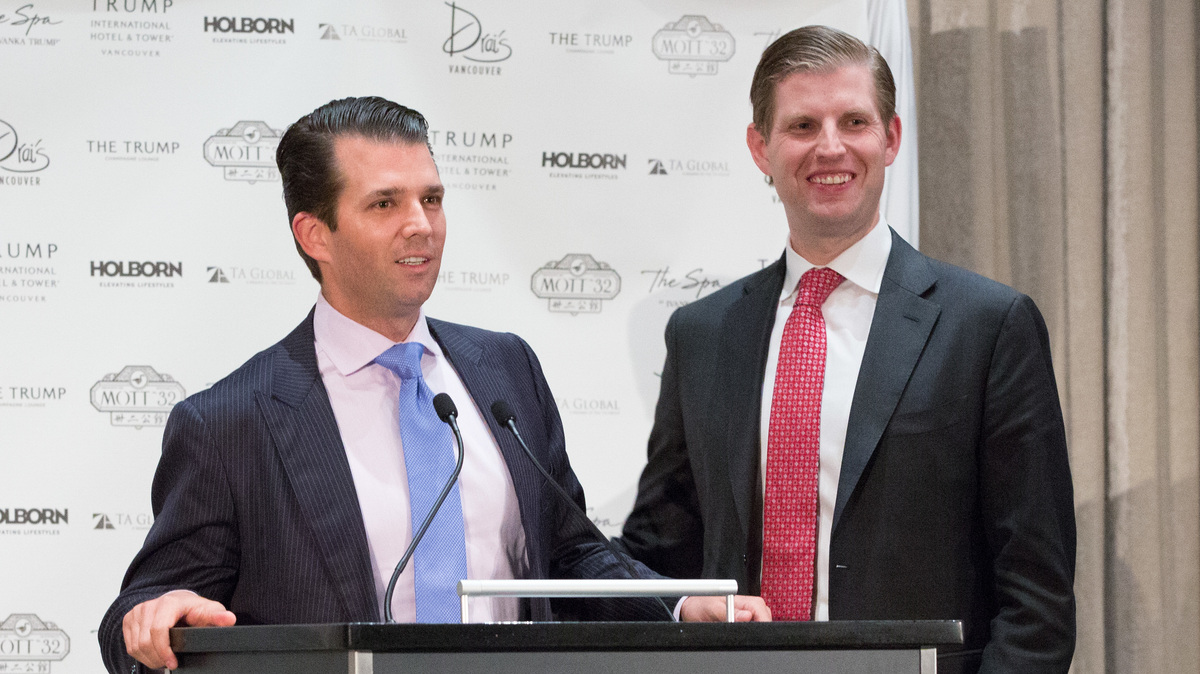 Trump hotels are meant to exude a sense of luxury in some of the most exciting and exotic cities worldwide. Now the president's organization is due to open a new hotel — this time in the heart of the blues-soaked Mississippi Delta.

It will be the first in a new line of four-star hotels the Trump organization is creating called Scion. Merriam-Webster dictionary describes "scion" as a descendant of a wealthy, aristocratic, or influential family. Fitting, considering it's Trump's two sons — Eric and Donald Jr. — who are running the president's hotel business while he's in the White House.

The new hotel will be in Cleveland, Miss., a small town of 14,000 in the wide-open cotton fields of the Mississippi Delta. Two interstate highways — lined with diners, auto-body shops and strip malls — dissect the town. One the far west of Cleveland, just before you hit the town limits, you can see the shell of the new hotel in an overgrown field. 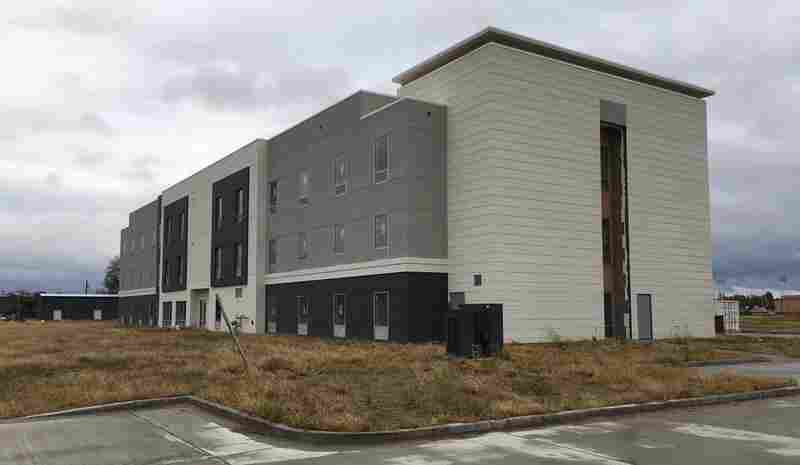 The Trump Organization is building a new hotel at this site in the Mississippi Delta. Jackie Northam/NPR hide caption 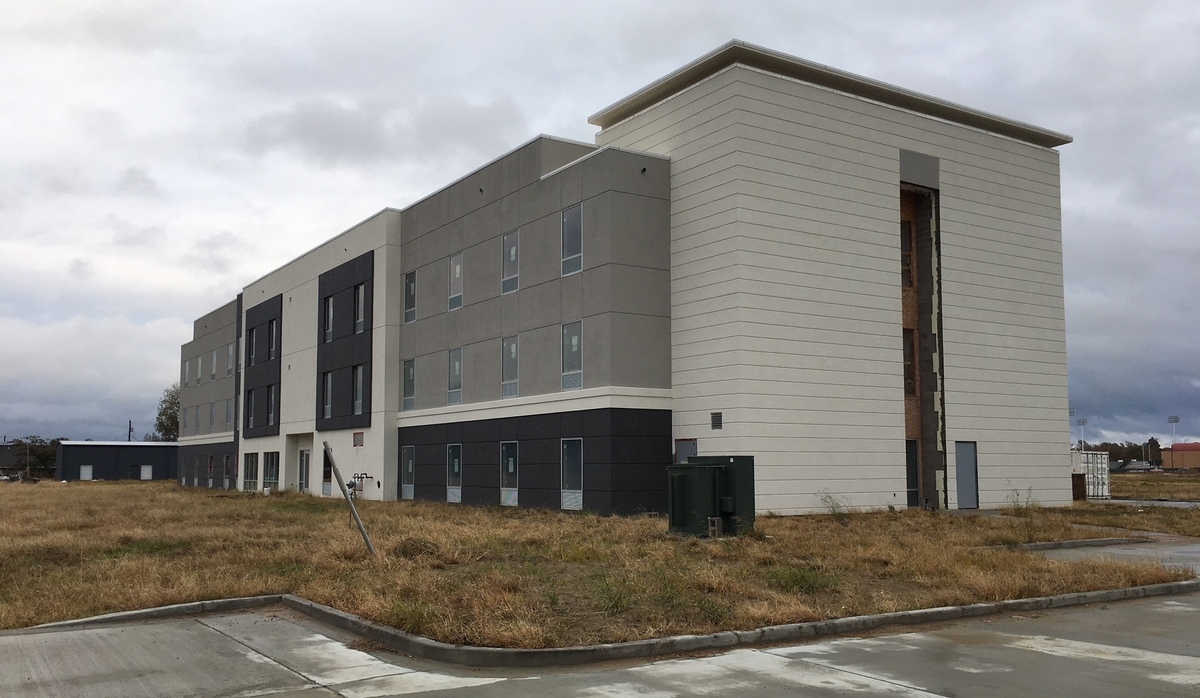 The Trump Organization is building a new hotel at this site in the Mississippi Delta.

There's siding on the building, most windows are in, and a few bare lights hang from the ceilings. But no one is working on the site, as construction has been delayed since July to make changes to its structure and design.

"They want two- or three-story opening when you walk in the lobby area, and I think they had probably built a single-floor level," said Judsen Thigpen, the executive director of Cleveland's chamber of commerce. He said the new hotel will be more upmarket than the handful of budget hotels already in Cleveland.

"Ninety to 100 rooms, a boutique, full-service hotel with a rooftop bar and nice restaurant and all those kind of things," he said. "So we're looking forward to having that one."

But Thigpen said the connection to Trump won't be obvious.

The hotel is actually owned by two Indian-American brothers, Dinesh and Suresh Chawla, who already own 17 lower-budget hotels in the region. Earlier this year they reached a franchising agreement with Trump Hotels.

The big question is: Why here? Cleveland is pleasant enough, but hardly has the glamour of cities normally associated with the Trump brand, such as New York and Washington, D.C. Why would the Trumps want to roll out a new line of hotels in a sleepy town that's a good two-hour drive from any medium-sized airport.

"I think because they could," said Jan de Roos, who specializes in hotel contracts and franchises at Cornell's College of Business. "I think the organization was looking for success; they had individuals willing to sign the franchise license agreement."

De Roos added that unveiling the new line of hotels in Cleveland, Miss., could be challenging. Usually four-star hotels are built in cities of at least 100,000 people. And companies don't normally unveil a new line until they have at least 10 other franchises in place. De Roos said what's likely drawing in the Trumps is the Grammy museum about a mile from the new hotel.

The 28,000 square-foot building is the first Grammy museum to be built outside of Los Angeles. Its lobby has a massive gramophone and portraits of the giants of music from John Coltrane to Sam Cook. The interactive exhibits focus heavily on those from Mississippi, including Robert Johnson, who reportedly sold his soul to the devil to become a legendary blues man.

Emily Havens, the executive director of this large interactive museum, said about 70,000 people from around the world have visited since it opened about a year and a half ago, but most were day-trippers. She said there's a shortage of hotel rooms in Cleveland.

"Our hotels stay full with construction workers and businessmen and women during the week," she said, "and on the weekends they're full with Delta State athletics parents and families. So we need hotel rooms to be able to accommodate tour operators spending the night here and not just be a day trip to Cleveland."

Mississippi voted overwhelmingly for Trump as president, but Cleveland, a majority-black city of just over 12,000 people, leans toward Democrats. And a Trump-backed hotel doesn't appeal to everyone.

Clint Williams, a Cleveland resident, said initially he was glad to have a hotel with spa in Cleveland.

"But to be honest, when they made mention that Donald Trump's name was on it, I most definitely changed my mind completely, because ... I just don't feel comfortable spending my money knowing that it would be supporting him and his ideas," Williams said, as he sipped on a big glass of sweet tea.

Williams was having lunch at the Senator's Place diner, a popular spot where you can get heaping plates of fried chicken, green and black-eyed peas for a good price. A sign out front describes it as, "DELICIOUS FOOD FOR THE SOUL."

It's owned by Democratic state Sen. Willie Simmons. He agreed that the new hotel may not appeal to some people in town, but noted that's not who the hotel will be catering to. 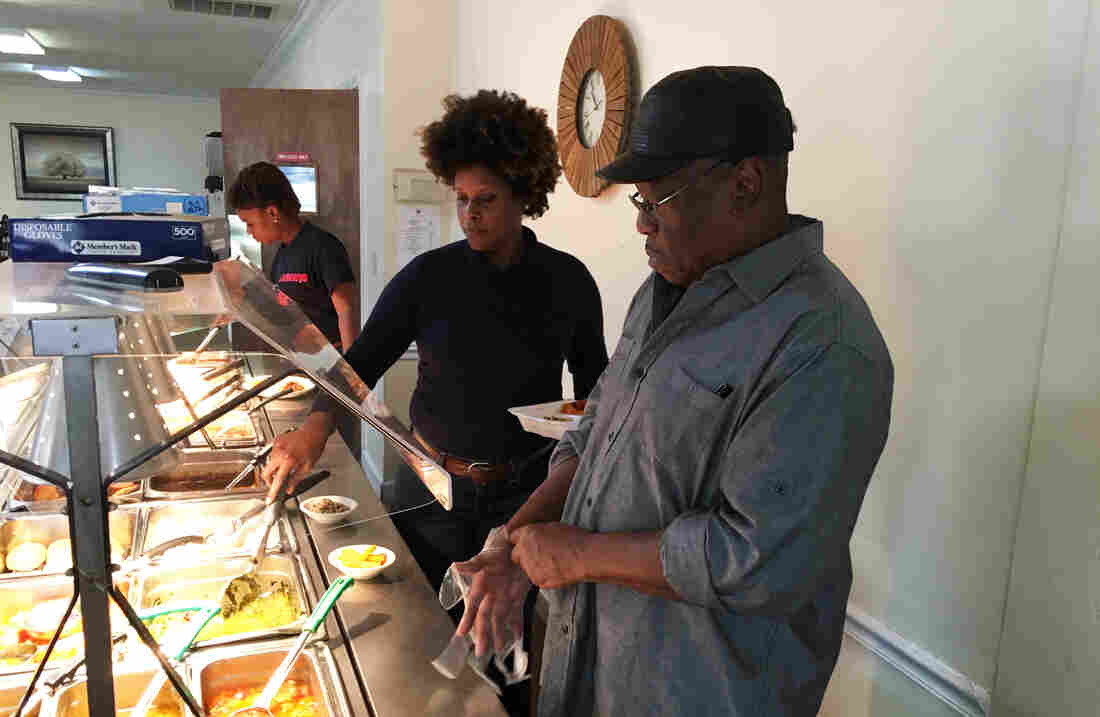 Mississippi state Sen. Willie Summons, a Democrat who owns a restaurant in Cleveland, says the new hotel may not be welcomed by locals but it's meant to attract tourists. Jackie Northam/NPR hide caption

"Regardless of how we may feel about the president and his politics, there are a lot of individuals who like his administration and what he's doing," Simmons said, adding that many people coming to this area will want to stay at Trump's hotel. "So the Chawlas would probably do extremely well having that name associated with it."

Many ethics experts are alarmed the president's organization is entering any new deals while he's in office. Trump placed his business interests in a revocable trust, which means any profits from his hotels will be waiting for him once he leaves office.

Billy Nowell, the mayor of Cleveland, waves away concerns about the Trump connection. He said a new hotel will help develop the town. And Cleveland is a long way from Washington, D.C.

"Everyday I wake up, I'm really not that much surprised by what goes on in Washington, what goes on anywhere," Nowell said, adding, though, "In this particular case, I see nothing but good coming out of Cleveland having this boutique hotel."

If everything goes to plan, the Trumps will have a stake in this town in the middle of the Mississippi Delta by early next year.