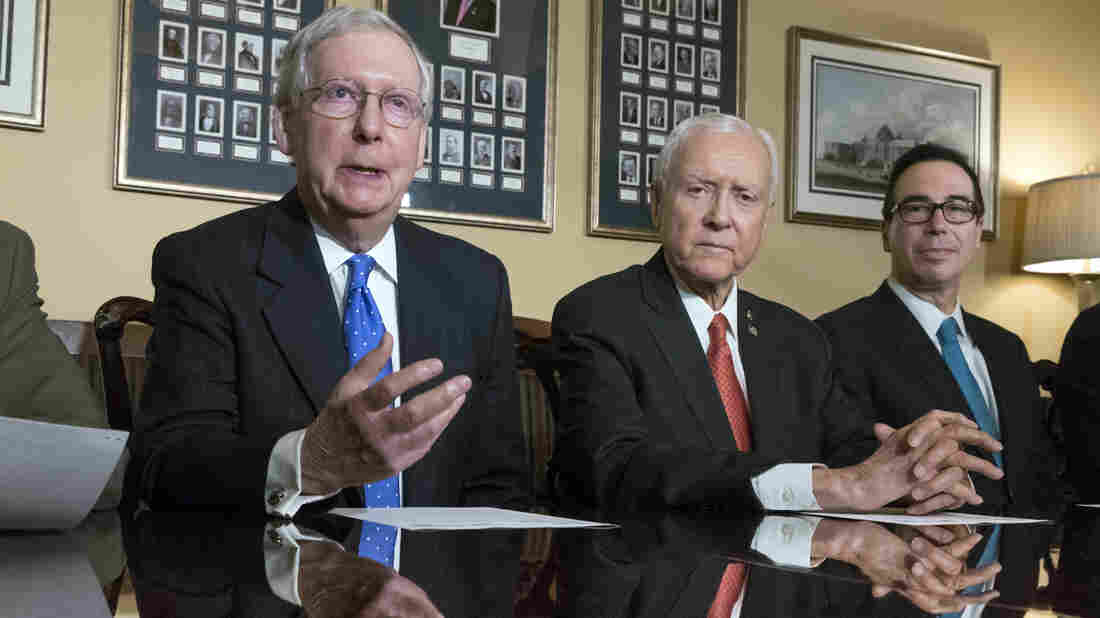 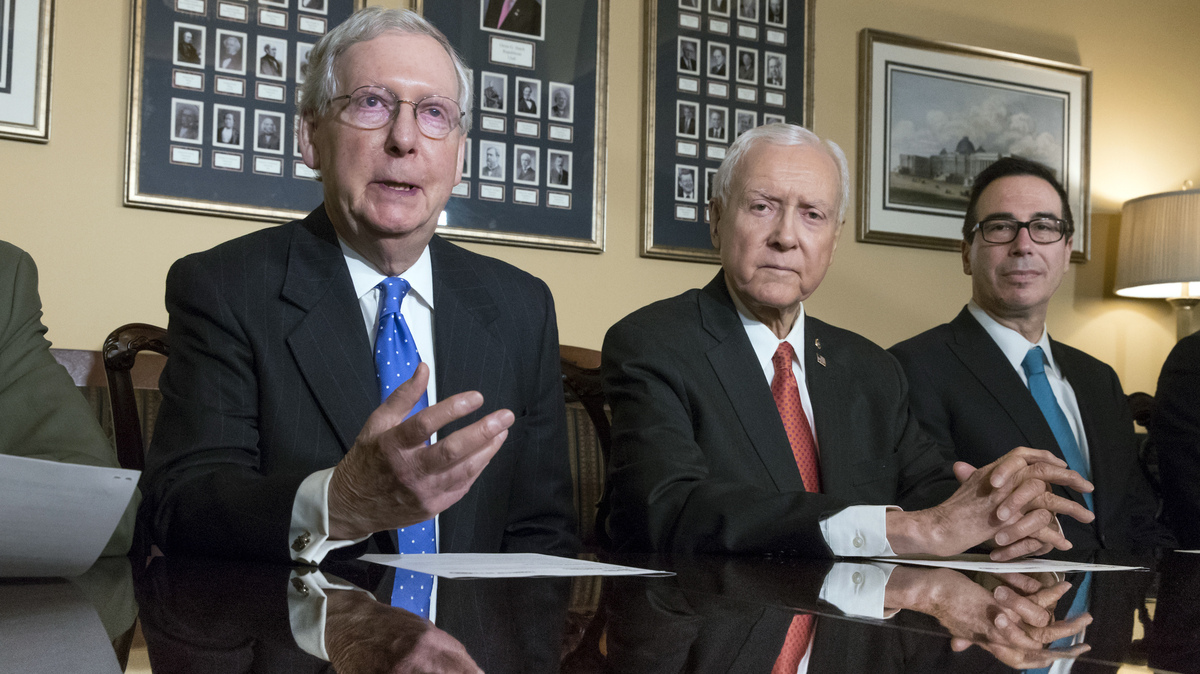 Senate Republicans hope to vote after Thanksgiving on a sweeping tax overhaul plan that they say will cut taxes for nearly every individual and family in America. The bill calls for those cuts to last only for the next eight years, unless history is a guide.

The legislation recently approved by the Senate Finance Committee would permanently cut corporate tax rates. But benefits for individuals and families, like doubling the standard deduction and cutting individual rates, would disappear after 2025. Republicans say they hope a future Congress will decide to keep the tax cuts in place, but there are no guarantees, putting Congress on a collision course for a future political showdown.

Week Ahead: Trump Again Shows He's Willing To Use His Pardon Power

Senate Finance Committee Chairman Orrin Hatch has promised that the tax bill will give sweeping rate cuts to individuals at every income level, with the majority of benefits going to middle class families. Under their plan, a family earning a median income of $73,000 would get a tax cut of nearly $1,500, according to Hatch.

"We have made good on our promise to deliver a bill that will improve the lives of average Americans who have been hit by nearly a decade of sluggish economic growth," Hatch said in a statement after the legislation was approved in committee. "Bringing our outdated tax structure into the 21st century will help level the playing field for businesses — both small and large — and ensure we can keep more jobs and more investment here at home."

Most Republicans would prefer to make the entire tax bill permanent to give individuals and businesses peace of mind as they plan their financial futures. That's why they chose to permanently cut the corporate rate from 35 to 20 percent. That way companies can plan long-term, which Republicans say will result in investments that grow the economy.

But the entire tax proposal needs to comply with a complex Senate budget rule that would allow Republicans to pass their tax bill with 51 votes in the Senate, rather than the 60 needed for most other legislation. But the rule also says the tax bill can't add to the deficit in the long-run.

White House Budget Director Mick Mulvaney is among those who say the only way to stick to those rules is to let the individual tax breaks expire.

"One of the ways to game the system is to make things expire," Mulvaney said Sunday on NBC's Meet the Press. "This is done more to force, to shoehorn the bill into the rules than because we think it's good policy."

Republicans decided to create that distant dilemma to avoid an immediate fiscal battle over the deficit-busting cost of permanently reducing tax rates. It is a political calculation based, in part, on the belief that Congress won't actually ever allow individual tax rates to rise.

They have reason to believe their calculation will pay off: It has been just five years since Congress stopped a different set of temporary tax breaks from expiring.

Tax cuts passed under President George W. Bush were set to expire at the end of 2012, when President Barack Obama and Democrats were in charge. It created a major showdown that resulted in what was known as the "Fiscal Cliff."

Congress was deadlocked over the taxes, and a host of other budget issues, for weeks. The political bickering turned into a major political crisis, leading the tax breaks to expire briefly before a deal could be struck.

Democrats say the short-term breaks are complete make-believe that will force a similar showdown in 2025, when the rates are set to expire. Maryland Sen. Ben Cardin said the Republican bill would force Congress to decide between massive deficit increases or taking the blame for tax hikes.

"The reason why it's hard is it's considered a tax increase," Cardin said. "We don't like to have tax increases."

Critics say doing so also hides the true cost of the legislation. Maya MacGuineas, president of the Committee for a Responsible Federal Budget, says avoiding those facts is unfair to taxpayers.

"What's somewhat stunning is at a moment when we have basically the highest debt relative to the economy that we've had since we came out of World War II and our deficit is projected to hit a trillion dollars in not too long a time," MacGuineas said, "we're actually talking about cutting taxes and making the deficit larger."