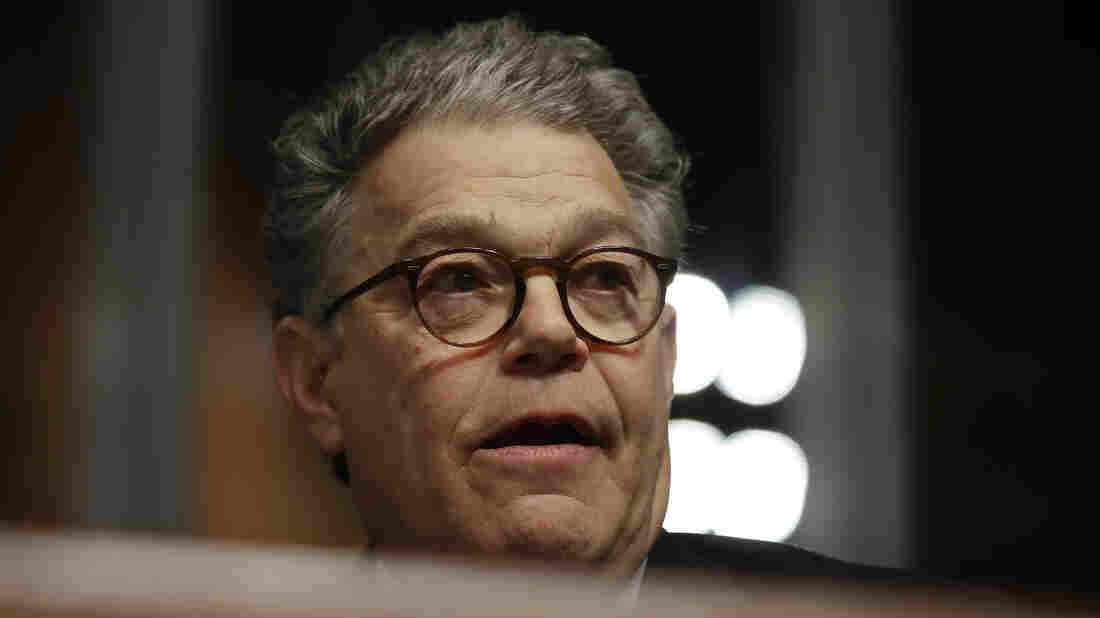 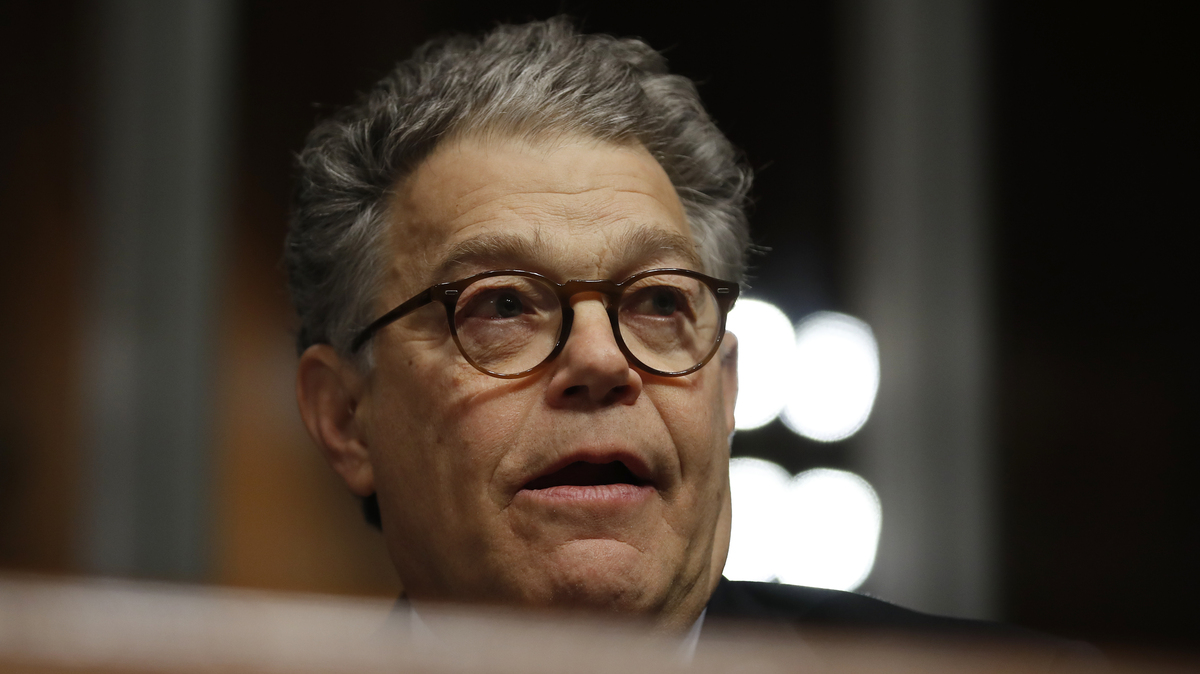 Sen. Al Franken, D-Minn., at a Senate Judiciary Committee hearing on Nov. 15. He's facing a second allegation of groping a woman without her consent.

Minnesota Democratic Sen. Al Franken is facing a second allegation that he groped a woman without consent while her husband took a photo of her with the senator at the Minnesota State Fair in 2010.

Franken "pulled me in really close, like awkward close, and as my husband took the picture, he put his hand full-fledged on my rear," said Lindsay Menz, who told her story to CNN. "It wasn't around my waist. It wasn't around my hip or side. It was definitely on my butt," she said.

CNN confirmed the account with Menz's husband, mother and father, whom she told of the interaction at the time. CNN reports Menz also posted the photo on Facebook at the time and commented to her sister: "Dude — Al Franken TOTALLY molested me! Creeper!"

"I take thousands of photos at the state fair surrounded by hundreds of people, and I certainly don't remember taking this picture," Franken told CNN in a statement. "I feel badly that Ms. Menz came away from our interaction feeling disrespected."

Menz told CNN that she came forward following broadcaster Leeann Tweeden's account of a 2006 interaction with Franken in which she alleges he forcibly kissed her and took a photo in which he appears to touch her chest while she is asleep.

"I don't want to paint my story in the same light as hers," Menz told CNN, saying she believes Tweeden's account is worse than what happened to her, but "the reason I want to say something is if someone sees that I said something, maybe it would give them the courage to say something, too."

Franken issued an apology to Tweeden last week and called for the Senate Ethics Committee to investigate the matter. Tweeden's account occurred before Franken was a senator, which cast some doubt on how the ethics panel would conduct an inquiry. However, Menz's 2010 account occurred while Franken was a first-term senator and clearly falls within the committee's jurisdiction to investigate.

Franken will largely be cut out of the PBS broadcast on Monday evening of this year's Mark Twain Prize ceremony honoring David Letterman. WETA, the PBS station based in the Washington, D.C., area that produced the broadcast, said in a statement, "PBS and WETA, the producing station, felt that the inclusion of Senator Franken in the broadcast at this time would distract from the show's purpose as a celebration of American humor."

Senate Majority Leader Mitch McConnell and Senate Minority Leader Chuck Schumer have echoed the call for an ethics investigation. While an inquiry seems likely, the panel has not commented on the Franken matter yet.

A Franken spokesperson told the Minnesota Star Tribune over the weekend that Franken has no plans to resign and that he is spending the Thanksgiving holiday in Washington, D.C., with his family, "and he's doing a lot of reflecting."

The allegations against Franken come as the Republican Party is grappling with allegations of sexual assault and other misconduct against Alabama Republican Senate candidate Roy Moore, ahead of a Dec. 12 special election. Moore is accused of a range of predatory behavior toward teenage girls as young as 14, including one allegation of sexual assault. Top Senate Republicans, including McConnell and longtime Alabama Sen. Richard Shelby, have called on Moore to get out of the race. Moore remains defiant, and the state GOP largely stands behind him, as does GOP Gov. Kay Ivey.

If Moore wins, he will face similar calls for a Senate ethics investigation. One GOP senator, Colorado's Cory Gardner, has said the Senate should expel him if he wins, but it's unclear whether senators would ultimately be willing to overturn the results of an otherwise free election.