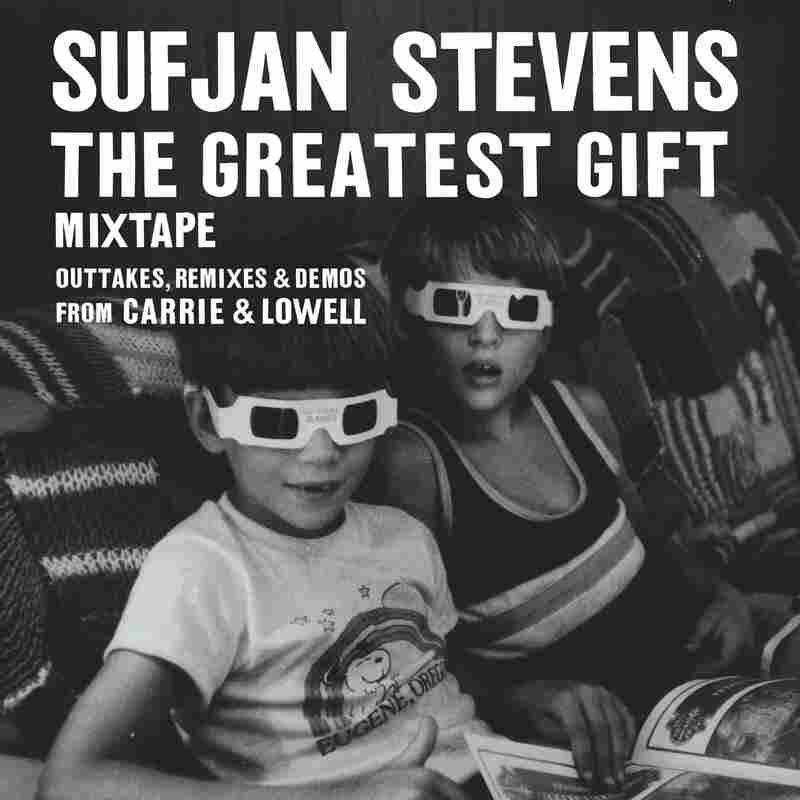 A timeless yet specific reflection on empathy and loss, Sufjan Stevens' 2015 album Carrie & Lowell stripped away many of the singer's flourishes to reveal something barren and reverent, compassionate and utterly human. Writing in the wake of his mother's death, Stevens used Carrie & Lowell to grapple with their fraught and often absent relationship, only to locate pathways to empathy and forgiving kindness. It's an album of uncommon tenderness and delicacy, rendered with subtle instrumental invention and uncanny grace.

Now, Stevens is releasing a companion collection: The Greatest Gift, a mixtape that recontextualizes and remixes many of Carrie & Lowell's songs, while placing them alongside four unreleased outtakes and Doveman's remix of "Exploding Whale," a track previously heard only on a 7-inch single. By design, The Greatest Gift is less essential than its counterpart, but it's still an enlightening and frequently gorgeous conversation piece.

The set's previously unheard tracks — "Wallowa Lake Monster," "The Hidden River Of My Life," "City Of Roses" and the title track — each fit Carrie & Lowell's sonic template while brushing against its themes, often beautifully. And, though the iPhone-recorded demos ("John My Beloved" and "Carrie & Lowell") function as curiosities more than anything, a few of the remixes are enormously powerful. The crushingly sad "Fourth Of July" wouldn't seem like the stuff of remixes, to put it lightly, but James McAlister (aka 900X) gives it an extra thrum of tension, adding ghostly effects that speak to the song's imagery without putting too fine a point on it.

Stevens hasn't released an official solo album since Carrie & Lowell, but he's spent 2017 making the most of what could easily be minor projects: this set; a planetarium-themed collaboration with Nico Muhly, Bryce Dessner and McAlister; and the new songs he's recorded for the rapturously received movie Call Me By Your Name. Each project has found a way to exceed the ambition expected of it — the calling card of a musician who approaches everything he touches with a full and generous heart.