Accessibility links
'Runaways' Finds A Sunny Corner Of The Marvel Universe — And Stays There In adapting a wildly entertaining comics series by Brian K. Vaughan and Adrian Alphona, the new Hulu show opts to flesh out the villains, making for a more grounded — but slower — story. 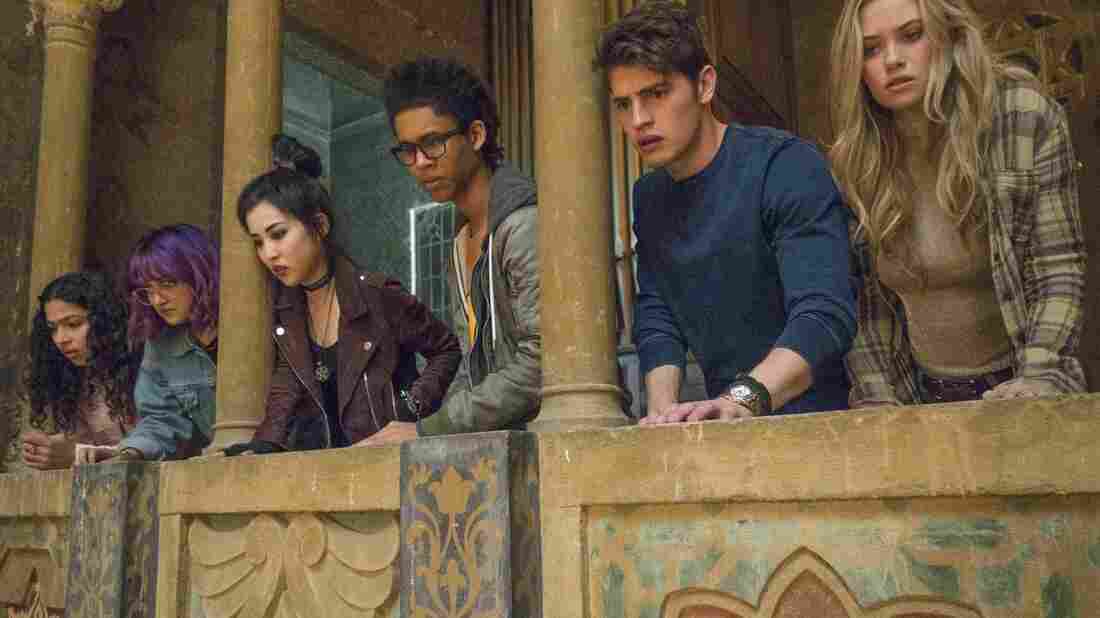 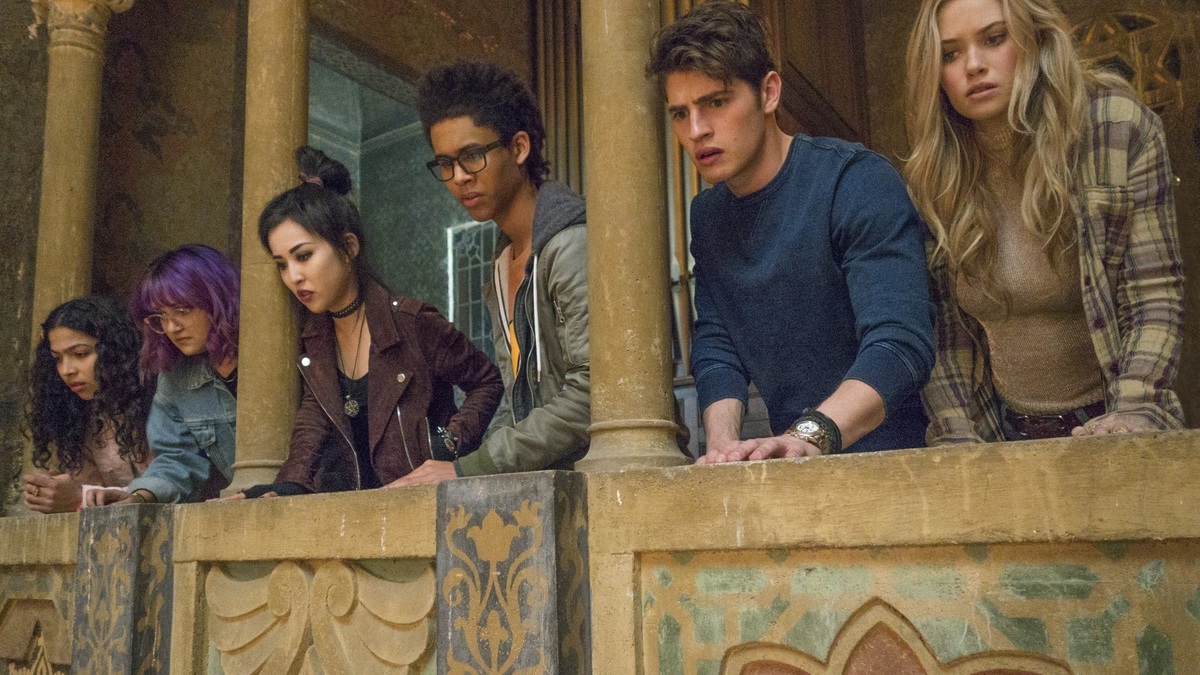 The idea is so good, so simple, that it seems inevitable.

After all, superhero comics love teams of angsty teens. They love juicy villains. So when, in 2003, writer Brian K. Vaughan and artist Adrian Alphona created the comic Runaways, starring a group of angsty teens who discover, to their horror, that their parents are secretly super-villains, you could practically hear the sound of thousands of comics readers slapping their heads. ("Why didn't I think of that?")

The fact that the comic was deliberately set in sunny Los Angeles, a continent away from the Marvel Universe's Manhattan, with its overbred population of costumed types, meant Runaways was given room to breathe, and develop its own identity. Oh, crossovers happened, because that's the law, but they tended to happen at angles more oblique than the default beat-em-ups readers have come to expect — Spider-Man would show up to take the kids out for sushi, say, and offer some advice.

The L.A. setting also meant that the tone could get notably brighter than most of what was on the stands at the time — violent anti-heroes given to brooding on rooftops. Vaughan and Alphona never forgot that the kids at the book's center were, more than anything else, kids -- they could sulk and seethe, sure, but they could also goof around and crush on one another, often in the span of a panel or two. What's more, these kids didn't wear costumes, they didn't come up with superhero codenames, or secret identities, or a rallying cry. Runaways was too cool for that kind of stuff — even if it did feature a character who enjoyed a telepathic bond with a genetically engineered dinosaur.

Earlier this year, when the first casting photos from Hulu's live-action Runaways adaptation were released, fans of the series reacted with guarded optimism — they just looked right. Granted, that's only step one — but one need only consider Marvel's Inhumans — or better yet, don't -- to see how vitally important that is.

The series debuts on Hulu on Tuesday, when the first three episodes of its 10-episode season will become available (I've seen the first four).

The changes made to the comic to turn it into an ongoing television show make sense, from a storytelling perspective. Runaways the comic — particularly in its first story-arc — told a tight, spring-loaded tale: The kids discover their parents performing some kind of evil — and deadly — ritual, they confiscate some of their parents supervillain paraphernalia, and ... they run away.

The Hulu series, on the other hand, spends much more time than the comic ever did on the parents' stories — their varying backgrounds, motivations, personalities, rivalries and hook-ups — in a dogged attempt to present them as something more than mustache-twirlers. It's admirable, though the surfeit of subplots does tend to gum up the main plot — some viewers will reach the end of the first episode only to realize they still don't have a handle on what this show is about. (Slight spoiler here: By the end of the fourth episode, the kids still haven't fulfilled the promise of the show's title; it's possible they never will.)

The showrunners have decided to goose the show's tension by introducing several mysteries the comic never bothered with — a dead sister here, a wizened, bedridden figure set up in an overlit suite from the end of 2001: A Space Odyssey there — and, as yet, it's tough to see what they're adding to the mix. They're clearly there to ensure there's enough fodder to keep everything moving along, given that one of the factors that made the comic so fun — those out-of-nowhere Marvel hero cameos — are not likely to figure in the show.

But the performances are interesting — as a charismatic but cold Marianne Williamson-type church leader, Annie Wersching can pop the hell out of skeptical eyebrow, and James Marsters lets us see the desperation behind his character's mask of contempt. The kids are strong, too — as de facto team leader Alex, Rhenzy Feliz is nerdy but not cartoonishly so, and nails the character's all-important propensity for critical self-appraisal.

The special effects are unshowy, in an attempt to keep things grounded — or at least as grounded as things can get, when a telepathic dinosaur figures in the festivities. And the dialogue, mercifully, doesn't suffer from Superhero Television's damnable tendency to speak in Abstract Nouns like "Power" "Evil" and (sigh) "This City."

Runaways, the comic and the television series, are both built on the same, solid premise: What if your parents were actually as evil as you convinced yourself they were, when you were a teenager? The show's decision to flesh out the parents — to depict them as filled with doubt, and even compassion — risks robbing the story of some of its simple power. But it also provides a means for laying track for a second season, and a third. Given the potential glimpsed in this first handful of episodes, that seems like a worthy bet.