Accessibility links
LADAMA On Mountain Stage The four women have coupled their musical passions with their desires to empower youth and women globally. Hear them perform "Porro Maracatu" and the protest song "Compared To What." 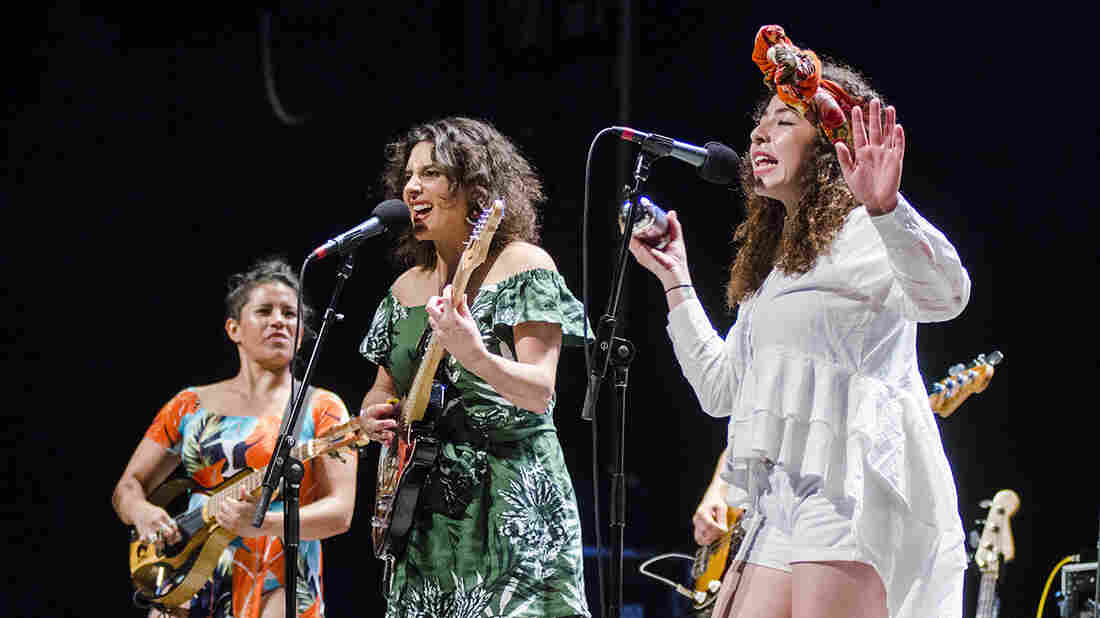 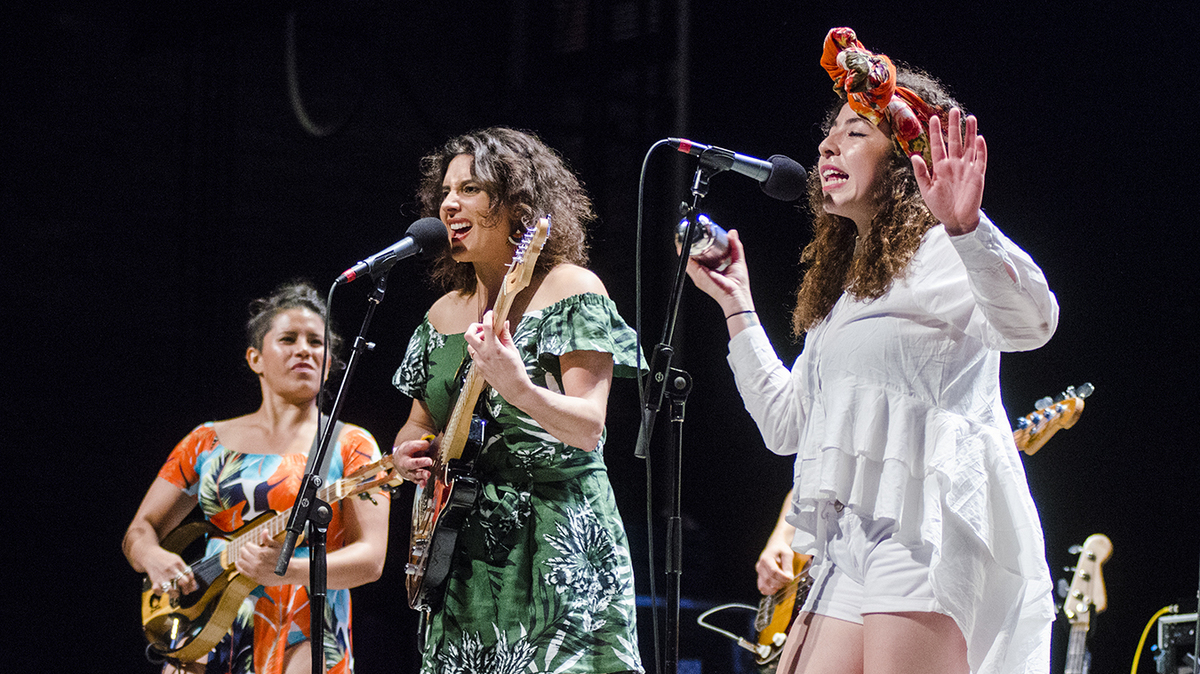 A blend of rhythms and styles from their varying backgrounds, the music of LADAMA crosses musical boundaries and cultural borders. Here they perform songs from their self-titled debut record, including the bombastic "Porro Maracatu" and a cover of the protest song "Compared To What," most famously recorded by Les McCann and Roberta Flack.

LADAMA's members — Lara Klaus, Daniela Serna, Mafer Bandola and Sara Lucas, along with bassist Pat Swoboda — hail from Brazil, Colombia, Venezuela and the United States. The four young women first collaborated through a U.S. State Department fellowship called OneBeat, where they decided to couple their musical passions with their desires to empower youth and women globally.

Recorded on the campus of Ohio University in Athens, Ohio, you'll hear the group using traditional instruments like the stringed bandola, popular in Columbia and Venezuela, and hand drums such as the Brazilian pandeiro and the Colombian tambor alegre.