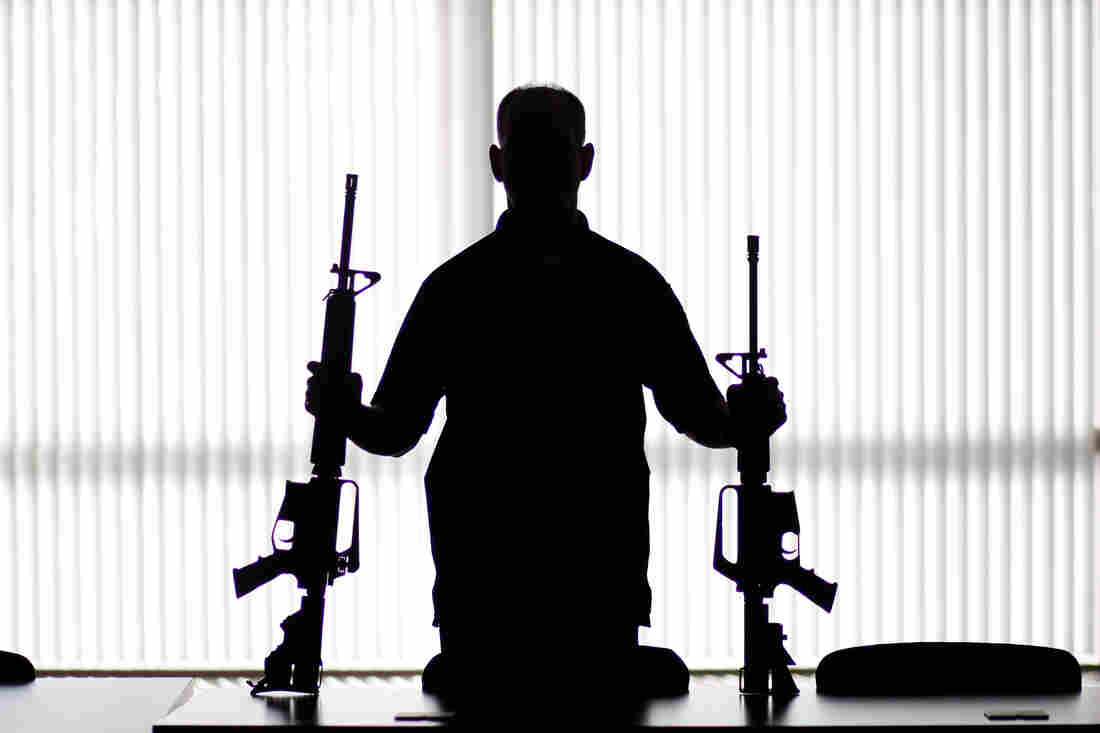 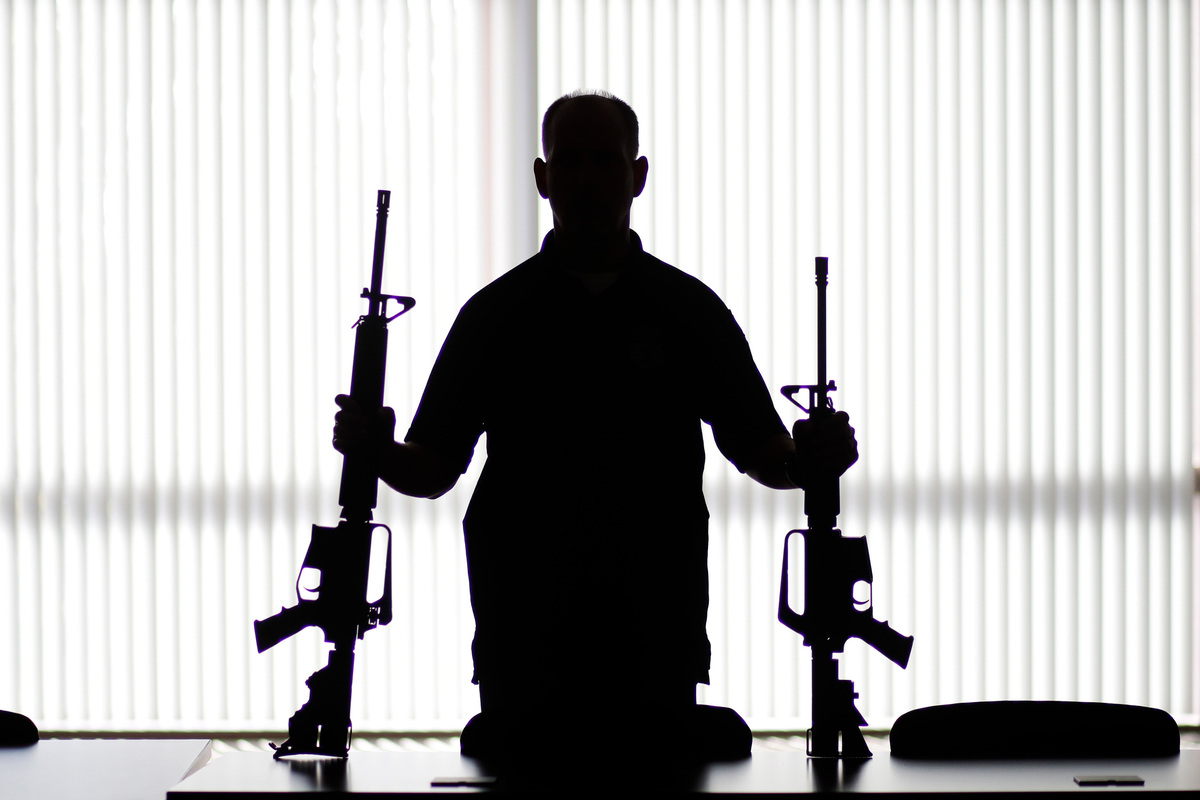 An ATF agent poses with homemade rifles, or "ghost guns," at an agency field office in Glendale, Calif. There's a growing industry of companies that sell gun kits, instructions and do-it-yourself components online to help people build their own guns.

When Kevin Neal went on a deadly shooting rampage last week in California, he was armed with at least two semi-automatic rifles, known as "ghost guns," that he didn't buy in a store or from a gun dealer, authorities say.

"These arms are manufactured illegally, we believe, by him at his home," said Tehama County assistant sheriff Phil Johnston, during a news conference on Nov. 15.

Neal was banned from buying guns and reportedly had to surrender a firearm because of a court order. But it turns out there is a growing industry of companies that sell gun kits, instructions and do-it-yourself components online to help people build their own guns. It's a legal system that bypasses background checks and firearm registration.

A quick online search found companies offering kits that promise firearm parts that are already 80 percent complete. Just a bit of work in the garage or on the workbench, some final assembly, and you have a fully functioning pistol, assault rifle or shotgun.

"You can actually make your own gun exactly the way you see it here," promised Mark Serbu, in a YouTube tutorial promoting his brand of instructions for making unregistered pistols. He joked with a co-host about how easy it is, no special tools required.

"He doesn't have basically anything, maybe a file."

It's a little more complicated than that, but not much. In fact, there are a lot of different ways to build ghost guns. Some involve 3-D printers and sheets of metal, but most require only a few basic shop tools and preordered components. One do-it-yourself gun project online demonstrated a crude working shotgun that can be made from a few lengths of steel pipe.

"Guys love guns; these are like the coolest little toys for them," Serbu says, adding that the ghost gun hobby is gaining fast in popularity and describing it as a family activity. "To me it's like joy and inspiration."

But last week, the fun and games were eclipsed by horror. Neal drove through a rural town in Tehama County, Calif., hunting people, targeting a school. He murdered five adults and wounded seven children before being shot to death. His weapons were homemade military-style assault rifles.

Given Neal's criminal background, it was clearly illegal for him to possess these guns once they had been assembled.

But unlike most arms sellers, these kit companies don't have to do background checks. They don't have to find out whether their customers are mentally ill or have histories of domestic violence or criminal records.

The guns don't have to be registered. In fact there are no serial numbers on gun components that come packed in these kits.

"What is it going to take? We have known that this poses a real problem and yet we haven't done anything about it," says Adam Skaggs, with the Giffords Law Center to Prevent Gun Violence. The shootings in California, he says, show it's time to close what he describes as a deadly loophole.

"The trick is regulating this ghost gun workaround, just like we do fully functioning firearms," Skaggs says. "Make sure that [gun components sold in kits] are serialized, that those manufacturing them have appropriate licensing, and make sure that for people to buy them they have to pass a background check."

Research Suggests Gun Background Checks Work, But They're Not Everything

But so far, Congress has shown zero interest in regulating ghost gun products.

"We don't want gun crime; we don't want people getting shot," Serbu says."But most people realize that ultimately there's nothing really that we can do about it."

There is research suggesting that gun regulation can limit violence and reduce fatalities. But Serbu doesn't buy it. He thinks requiring background checks for ghost gun kits would just anger hobbyists like himself without stopping a single criminal.

"How many laws are you going to stack in front of them before it's going to work?" he asks. "Unfortunately we just have psychopaths out there who are going to do this kind of thing."

For now, hobbyists such as Serbu along with criminals and terrorists can all order as many of these weapon kits online as they want, no questions asked.