Accessibility links
'Call Me By Your Name': Love, Their Way Luca Guadagnino's lush adaptation of Andre Aciman's novel about a teenage prodigy's first love affair with a visiting grad student is raw and real and profoundly, indelibly moving.

Call Me By Your Name

Call Me By Your Name 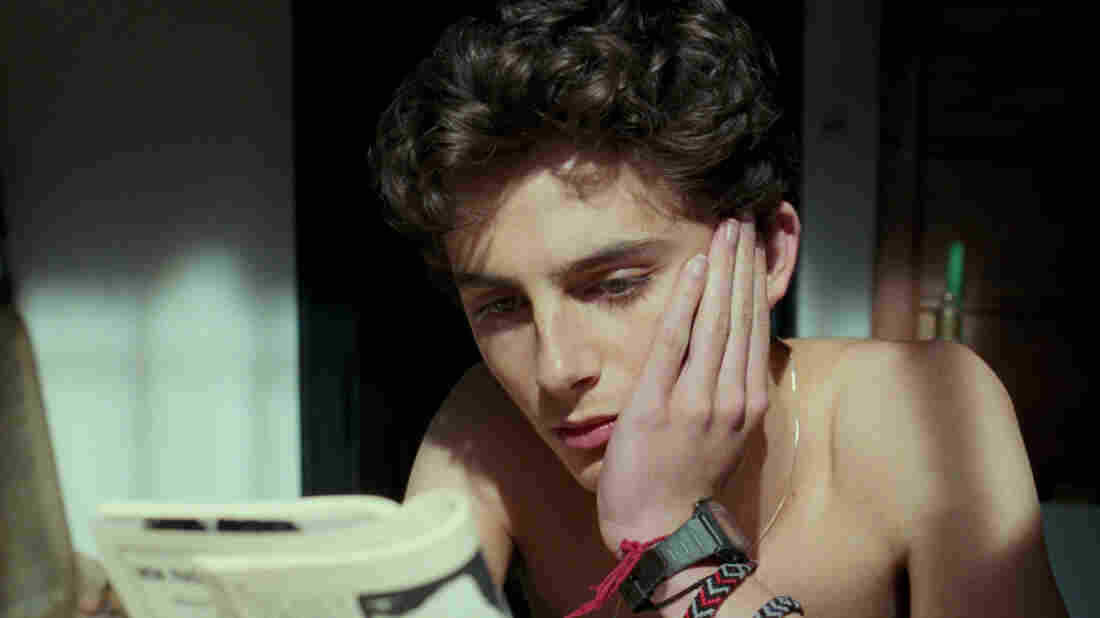 Timothée Chalamet stars as Elio in Call Me By Your Name. Sony Pictures Classics hide caption 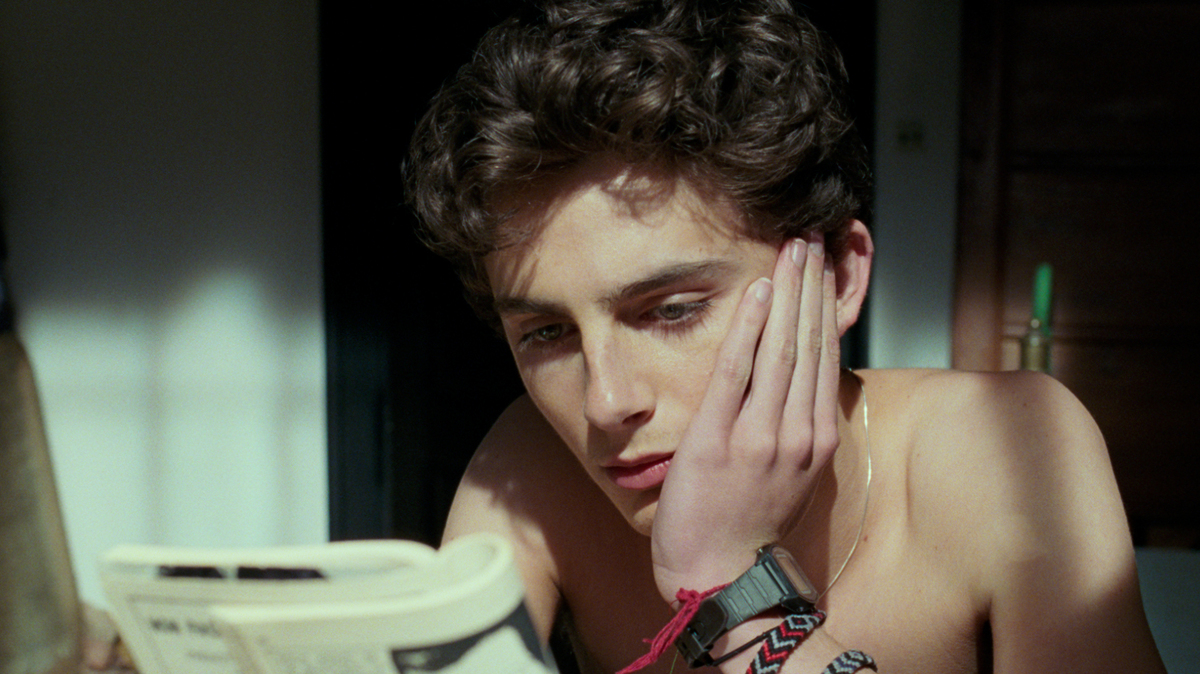 Timothée Chalamet stars as Elio in Call Me By Your Name.

There is a scene near the end of Luca Guadagnino's breathless, besotted, achingly intimate — and just plain aching -- Call Me By Your Name that starts like hundreds of others have, and do, and will, in cinematic depictions of same-sex attraction.

Queer folk in the audience, seeing this, will know what comes next. What always comes next. We've seen it, and seen it, and we've come to accept it: The characters will get to find a few, furtive seconds of peace, but then the real world has to intrude. When we remember that Guadagnino's film is set in deeply Catholic Italy, in 1983, we start clenching our stomachs in sympathy, and mentally checking our watches, dreading the inevitable. Onscreen, the two men passionately kiss, and we wait — for the screamed epithet to pierce the night, or for the police lights to flare to life, or, most likely, for the flurry of punches to come sailing out of the darkness.

We watch, and we wait.

Nothing happens. Well, that's not true — a lot happens, but not the thing we expect: Astonishingly enough, they just ... go on kissing, unabashed, un-bashed. Straight audiences will mark this quietly miraculous difference too, of course — but will they feel its simple power with the startling intensity queers do? Will it seem to them, as it does to us, a kind of gift, unlooked-for (yet always looked-for), freely and fulsomely offered?

The original Call Me By Your Name, a 2007 book by André Aciman, is the quintessential novel of interiority, concerned as it is with the unspoken signals that pass between Elio and Oliver as the latter comes to stay with Elio's family for a sun-scoured Northern Italian summer. Written as an older Elio's recollection of that time, the novel is remarkable in its ability to capture the way a first love blasts our perceptions — Elio spends long, sultry days willing Oliver to notice him, daring him to and rejecting him when he does (or does he?). It's a poignant catalog of self-recrimination, of cues misinterpreted, of opportunities missed or squandered or haltingly seized upon, of nights spent alone in sweat-soaked sheets, tossing and turning with desire so all-consuming it's terrifying to acknowledge, much less indulge.

A lesser film would content itself to indicate that roiling inner life by reproducing lengths of Aciman's elegant prose in voiceover, but screenwriter James Ivory and director Guadagnino shunt the entirety of that hard, good work — in all its fragile, layered and at times contradictory complexity — onto the faces of Chalamet and Hammer. It's a risk, a big one; it pays off hugely.

Chalamet's got the showier part, as a gifted young man whose tendency toward introversion has ill-equipped him for Hammer's easygoing, infuriatingly casual Oliver. We feel the tension between them even when — especially when — they are doing everything they can to refute it; in a single shot, we see lust, guilt and resentment play over Elio's features like a wind passing through his family's orchards. When Oliver brushes a friendly hand across Elio's bare shoulder, the reaction is electric — Elio's entire body shuts down like he's blown a circuit-breaker. But for how excellent Chalamet is, it'd be a mistake to lose the intensity Hammer brings, especially in later scenes, when his mask of insouciance drops, and the startling, searing power of Oliver's emotions bubbles over.

Guadignino is blissfully content to let his actors, and the verdant Northern Italian scenery, do the emotional heavy lifting — mostly. Sufjan Stevens contributed three original songs to the soundtrack, and whenever the film pushes one of them to the fore, it's as close as Call Me By Your Name comes to seeming unsure of itself, to straining for emotion it has already amply supplied. (Its simple, more understated use of the Psychedelic Furs' "Love My Way," on the other hand, proves immensely powerful/throat-lump inducing because it works to underscore the gap that separates Elio from Oliver, not to slather syrup over their bond.)

There will, of course, be thinkpieces written by smarter people than me about how a film dealing with a sexual relationship between a teenager and an adult will be received today, in a post-Spacey world. It's a discussion that's worth having, but not, I dearly hope, in the abstract — not without first seeing the film in question. Because Call Me by Your Name advocates for nothing more and nothing less than the fact that these two specific characters, in this specific setting, found something. Like the novel, it takes pains to establish Elio and Oliver as equals, but their age difference remains an unignorable fact — a messy, discomfiting and complicated one, like first love itself.

The film's remarkable closing scene, which once again occurs on the shifting planes of Calamet's face, is a loving testament to that messiness. It reminds us that this movie can exist as that rarest of objects — a film featuring queer sexuality without AIDS, gay-bashing or suicide — and still be raw, and real, and profoundly, indelibly moving.