Accessibility links
Margo Price On The Beauty Of Small-Town America Growing up in Aledo, Ill., the singer-songwriter longed to live somewhere "more romantic." Then she moved away and her outlook changed: "Now, when I go back, I see the beauty in it." 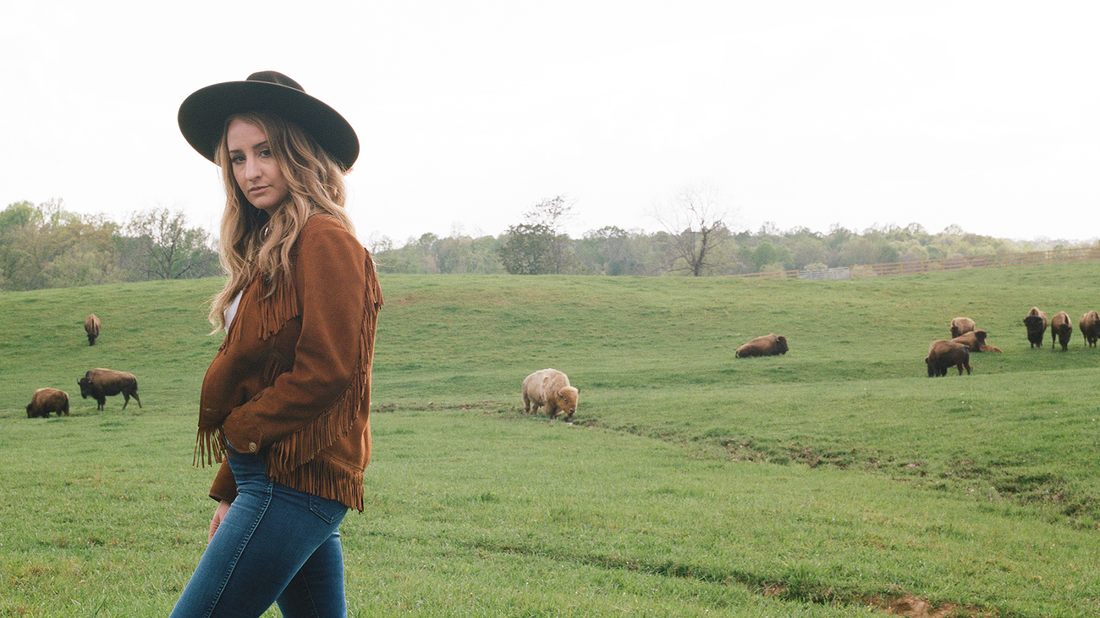 Margo Price's new album, All American Made, is out now. Danielle Holbert/Courtesy of the ShoreFire Media hide caption 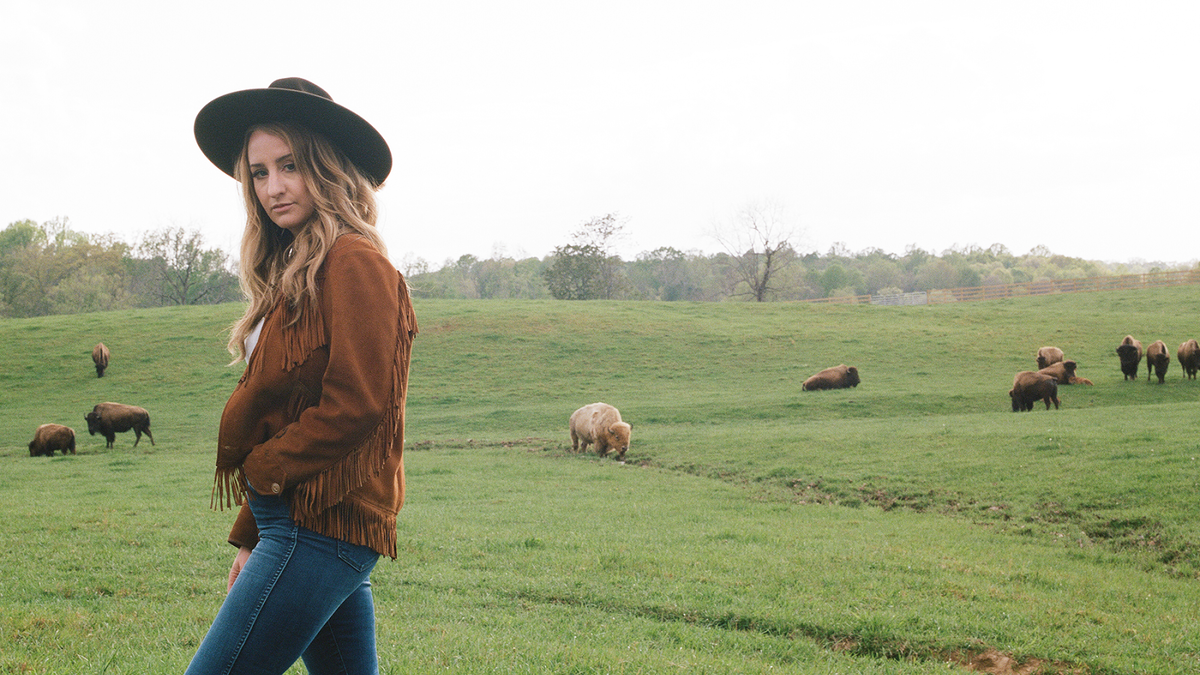 Margo Price's new album, All American Made, is out now.

Growing up in a small town in the Midwest, singer-songwriter Margo Price often wished she lived somewhere else — a place where the landscape wasn't so flat, the winters weren't so cold and the work wasn't so hard.

"It just felt like there wasn't much going on," she says of her hometown of Aledo, Ill. "I always dreamed of a more romantic backdrop."

Eventually, Price moved to Nashville, Tenn. to pursue music. But as time passed, her feelings towards her hometown changed.

"The more I'm away, I think, the more I appreciate where I came from," Price says. "Now, when I go back, I see the beauty in it."

Review: Margo Price, 'All American Made'

Price writes about her family and small-town roots on her latest album, All American Made. The album is more overtly feminist and political than is typical for country music. Price says her music is an expression of herself: "From the time that I was really young, I was always trying to express what was going on in my life and inside me."

Click on the audio link to hear the full Fresh Air interview, including Price singing acoustic versions of her songs and a cover of Kendrick Lamar's "HUMBLE."

On how her family lost their farm

I was about 2 or 3, and I do have a couple kind of vague memories of my grandparents packing up all their things in their home and getting rid of their dogs that they loved so much and all their animals. So there is a little bit of a memory there, just knowing the gravity of it all, just how much it affected everybody.

There was a combination of a lot of things: Big farming was coming in and the banks weren't very generous in helping out the family after a hard year ... They had invested in a lot of farming equipment that was very expensive and then a drought came ... Then the bank just kind of swept it out from under them and sold it to a large corporation. But it's very complicated and I never know if I'm getting all the details exactly right, no matter how many times I ask.

On the politics in her song, "All American Made"

It's funny how songs kind of change their meaning as the world seems to change them for you.

It's funny how songs kind of change their meaning as the world seems to change them for you ... I think there's just more weight in it than at the time that I wrote it.

We wrote it during the Obama years and I feel like I've always been one to question the people in charge. I enjoy playing the devil's advocate and being the protagonist, and so when I wrote this song I was still upset with things that were going on. But I think America's in just such a divided, heavy place right now ... I love my country so much. I don't want to leave. I just, day to day, wake up and read the news and feel confused and so this song has helped on some gray mornings.

On her voice training

I grew up singing in church, for sure. And I was in choir and I did jazz choir and show choir and all those things. And my mom heard me singing one day — I think I was just singing a Christmas song or something — she was washing dishes and her and my grandmother walked in, and they were shocked that I could sing the way that I could.

After that, my mom really nourished my love of singing. And she would drive me an hour away to get voice lessons from the best voice teacher that was around ... I was singing mezzo-soprano Italian songs when I was even 11 or 12, and I still find myself trying to utilize that technique, in breathing and phrasing.

On the advice she received from her great uncle, songwriter Bobby Fischer, when she was starting out

He had gold records hanging on his wall. He's written hundreds and hundreds of songs. He wrote for George Jones a song called "Writing on the Wall." He wrote for Reba [McEntire], he wrote for Charley Pride and Tanya Tucker — so many people.

He had just a regular job and he was living in Iowa and his wife was supportive enough when he said, "I want to go to Nashville. I want to be a songwriter." They picked up everything and moved down here. It did seem to be this impossible dream that he had conquered. I do think that probably my mother thought that he could open all the right doors for me and it would be a nice, smooth transition.

I came to his house. He lives in Green Hills [an area of Nashville, Tenn.] I played him some songs the first week I was here and ... he gave me the best advice that he could. He said, "Go home. Throw away your TV. Throw away your computer. Just sit there and keep writing."

It hurt my feelings, but I needed that tough love to tell myself I did need to keep working at playing and hearing other people's songs and seeing what made a good song. So I started going out to lots of open mics and listening to everybody and cutting my teeth.

On writing songs with her husband, Jeremy Ivey

A lot of times we'll bring ideas to each other that we can't finish. Other times, we will just sit down and start writing a song together from the get-go. It's always different, but it's really nice to be able to write with someone where you just talk things out in the room.

We have this kind of communication where I feel like ... we share a brain at this point. We've been together for about 14 years and so it just feels like we're talking through things, talking the song out. And if an idea is dumb, then we are very quick to tell the other person, and if it's great, we nourish it and encourage it.

On she and Ivey selling their car and her wedding ring so they could record her first album, Midwest Farmer's Daughter

We kind of put all of our eggs in one basket. It was really scary. He just came into the kitchen one morning and he's like, "That's it! We're never going to be able to save up enough money to make the record that you need, so I'm just going to sell the car." And I tried to talk him out of it, but he ... sold it to CarMax, and he came home and then we booked the studio time the very next day ...

I went to about three different pawn shops and none of them wanted to give me very much [for the ring] because there's a crack in it and it's missing one of the little side diamonds on the side, but they were going to give me $300 and we just agreed to get rid of anything that didn't suit us. We did sell some music equipment too, but the ring, it did kind of hit home. My husband said, "It's just a material possession, it doesn't matter." While I agreed with him, I still liked my wedding ring with the chip in it, so he eventually went back and got it out of the hock for me.

A lot of people refer to Nashville as "a drinking city with a music problem." The bottle is talked about a lot in country music. I moved here when I was 20 and I started working in a bar. So yeah, it's always been a slippery slope. And, of course, I medicated pretty heavily with booze after I lost my son.

It was not the way to handle things ... It's been a tough one. I feel much healthier now than when it first happened. I've done a lot of personal work to try to move past [the death of my son]. But there's not a day that goes by that I wouldn't trade my career and everything just to have him back. It's not easy.

Amy Salit and Seth Kelley produced and edited the audio of this interview. Bridget Bentz, Molly Seavy-Nesper and Sidney Madden adapted it for the Web.