Accessibility links
Opposition To Refugee Arrivals Keeps Getting Louder Critics of the U.S. refugee program say they want more control over who's coming to live in their towns. In Poughkeepsie, N.Y., the debate got ugly. 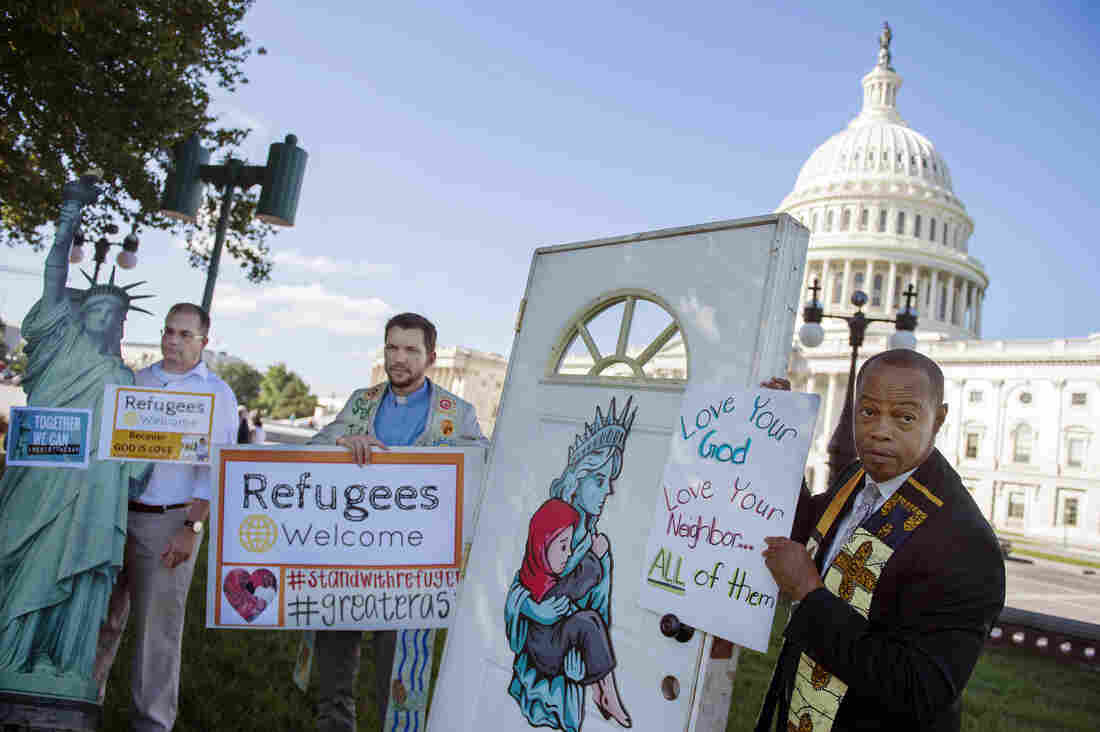 Religious leaders and activists from Church World Service hold up a door, closed to refugees, during a protest urging congress to pressure US President Donald Trump to allow more refugees to enter in front of the Capitol in September. Andrew Caballero-Reynolds/AFP/Getty Images hide caption 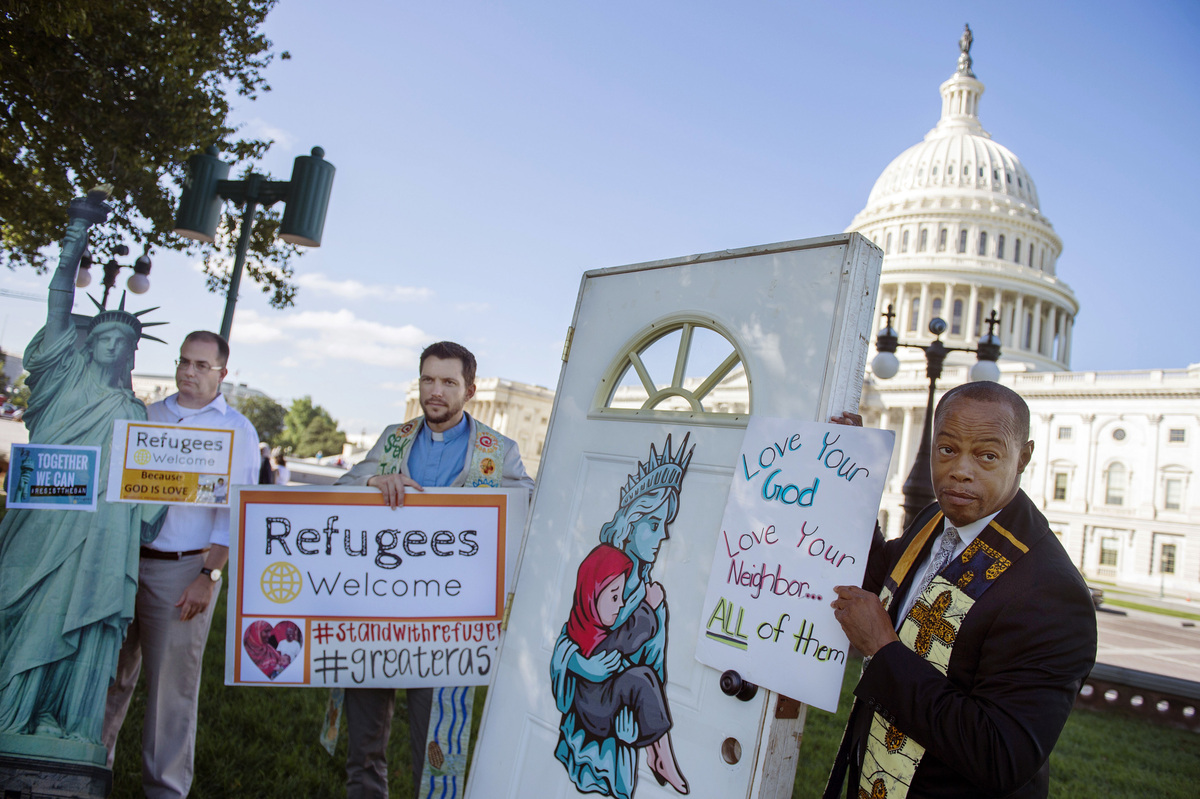 Religious leaders and activists from Church World Service hold up a door, closed to refugees, during a protest urging congress to pressure US President Donald Trump to allow more refugees to enter in front of the Capitol in September.

A few days after Donald Trump was elected President, more than a hundred people packed into a church sanctuary in Poughkeepsie, N.Y. to hear a presentation about refugee resettlement in their town.

This was after Trump had campaigned on refusing Syrian refugees, citing security concerns. In the church that night, staffers from the non-profit organization Church World Service laid out their plan to open a refugee resettlement office in Poughkeepsie, and bring in about 80 refugees, mostly from the Congo, Iraq and Syria.

The audience had questions. A lot of them. They wanted to know, would they be safe? And could Poughkeepsie afford to care for these new residents?

What I didn't anticipate was how the issue would be politicized by the election climate. It went from being a kind of run of the mill, like, 'maybe not here,' to 'these Muslims are going to take over our neighborhood and ruin Poughkeepsie.'

"As a resident of this town, of this city, I can look out my window any time and find someone in need," said Poughkeepsie resident Steven Planck, to vigorous applause.

The head of Church World Service's refugee program, Erol Kekic, spent more than an hour trying to respond to the questions.

"We had to do a lot of truth-telling, and dispel some myths," says Kekic. "From 'the value of my property will go down because refugees will be resettling next to me,' to 'are we bringing terrorists?' to 'why are we bringing people who don't all look like us?'" 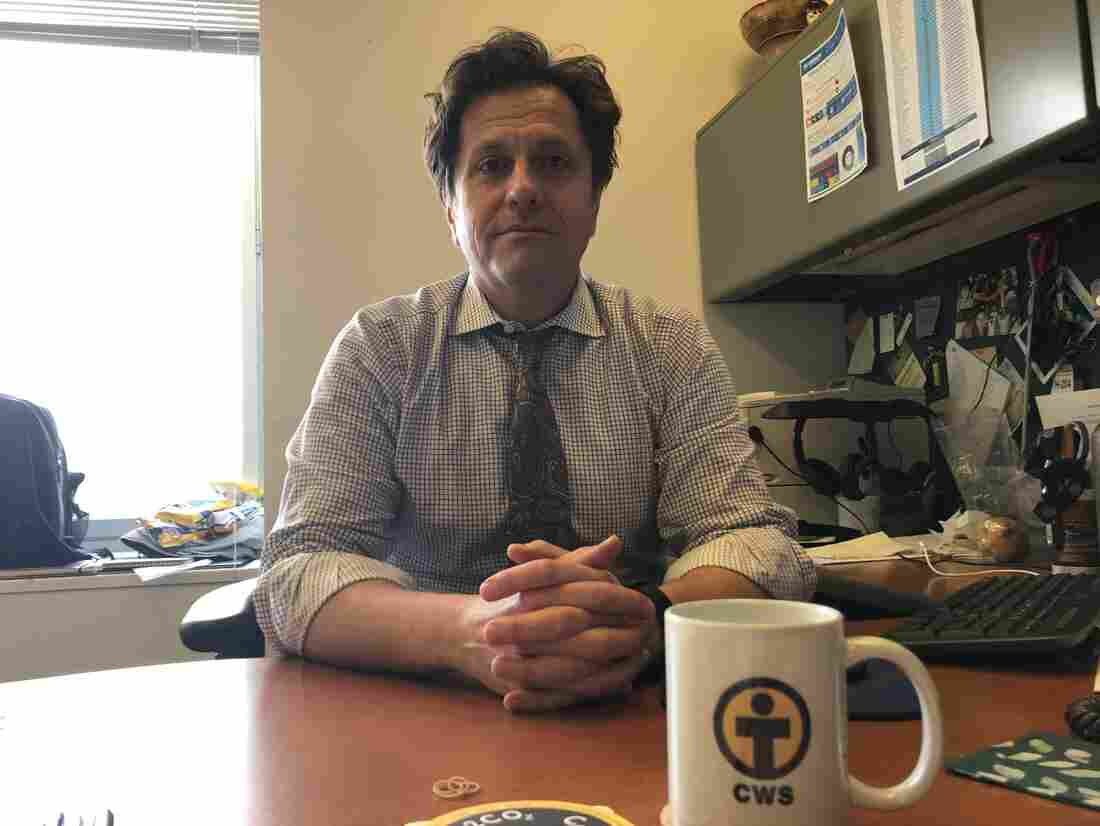 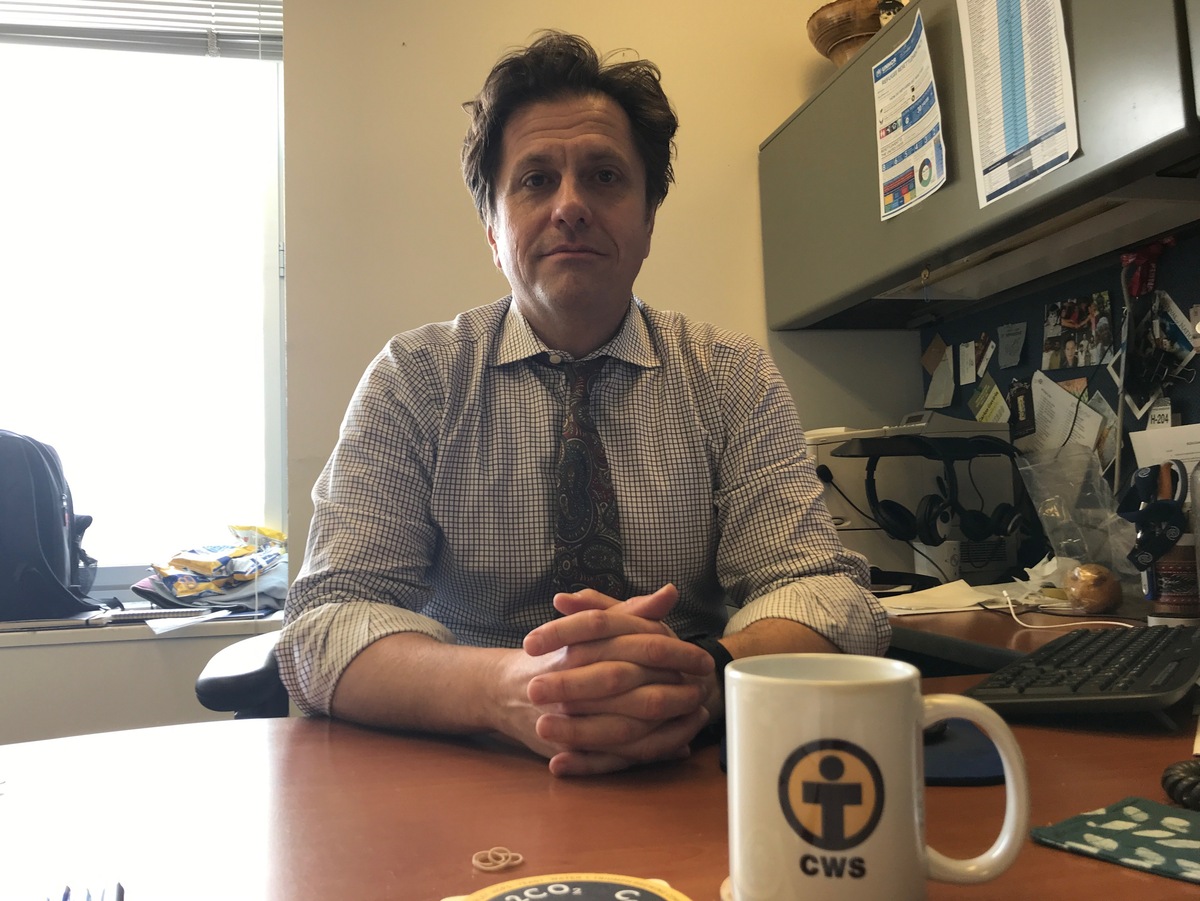 Erol Kekic is the executive director of the Immigration and Refugee Program at the global humanitarian agency Church World Service.

It's getting harder for refugees to find a welcoming home in the U.S. The Trump administration has cut the number of refugees allowed into the country. In cities and town across the nation, citizens are protesting refugees being resettled in their neighborhoods.

In Poughkeepsie, the debate got ugly. On social media, people called opponents of the refugee plan racists and Islamophobes. The staff of Church World Service received death threats.

"What I didn't anticipate was how the issue would be politicized by the election climate," says Vassar College student Patrick DeYoung, who helped launch the effort to bring refugees to Poughkeepsie. He says the intensity of the debate surprised him.

"It went from being a kind of run of the mill, like, maybe not here, to, these Muslims are going to take over our neighborhood and ruin Poughkeepsie," DeYoung says.

Until recently, refugee resettlement in the U.S. had wide bipartisan support. The U.S. State Department, along with nine large non-profit groups, decides where to resettle refugees fleeing persecution, war and violence. They look for communities where there are volunteers to help.

Patrick DeYoung is one of those volunteers. He's now a college senior, but before he came to Vassar, Sgt. DeYoung served five years in the Army. He did two tours in Afghanistan, where he saw firsthand civilians being forced from their homes.

"I felt that there was an obligation to, you know, welcome the stranger and to to help people, a chance for the country to show its best self," DeYoung says. "So, why not here? Why not in Poughkeepsie?"

Others in town felt that was the wrong question to ask.

"We all wondered, why? Why Poughkeepsie?" says David Cole, 37, a lifelong resident of the town who helped mobilize opposition to Church World Service. Cole insists he has nothing against Muslims or other refugees. But he says Poughkeepsie isn't a wealthy town; unemployment there is higher than the statewide average.

"I looked at people that I knew," Cole says. "And I said, OK, well, why aren't these people getting help? Why are we trying to help, you know, people from war-torn countries in an area where there's people looking for jobs? Like, they're scavenging for jobs around here. I don't get it." 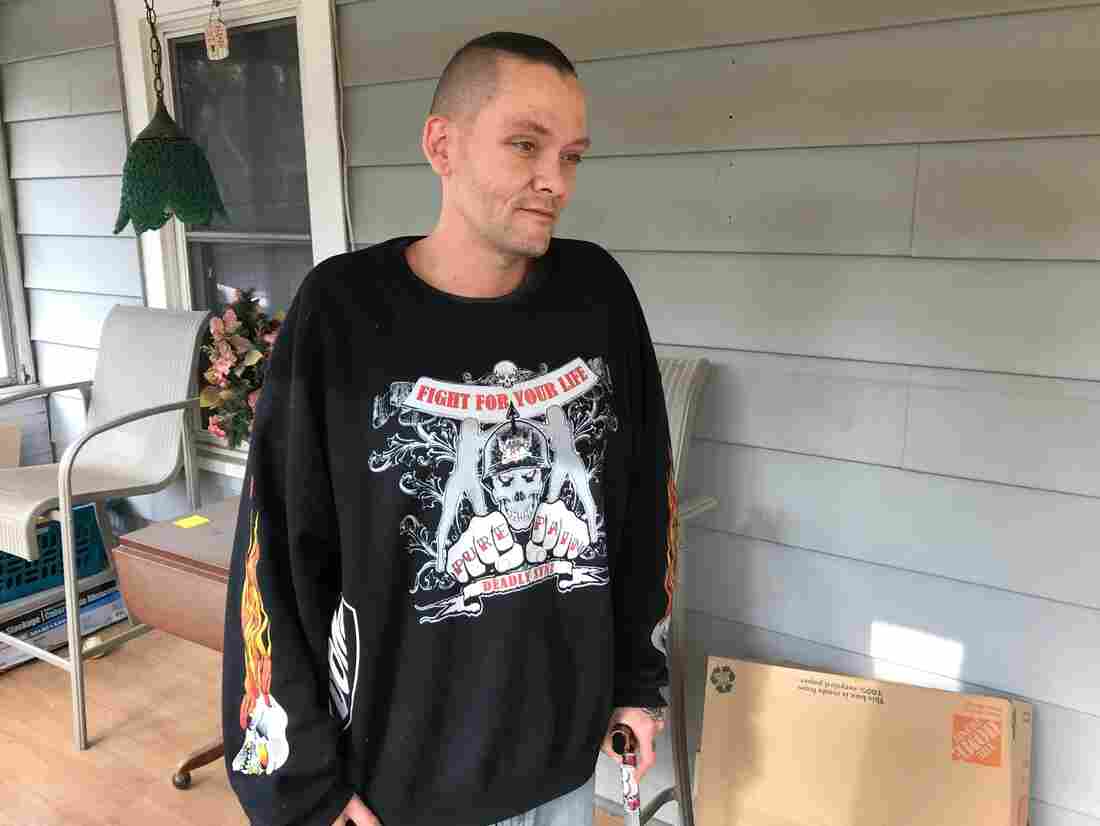 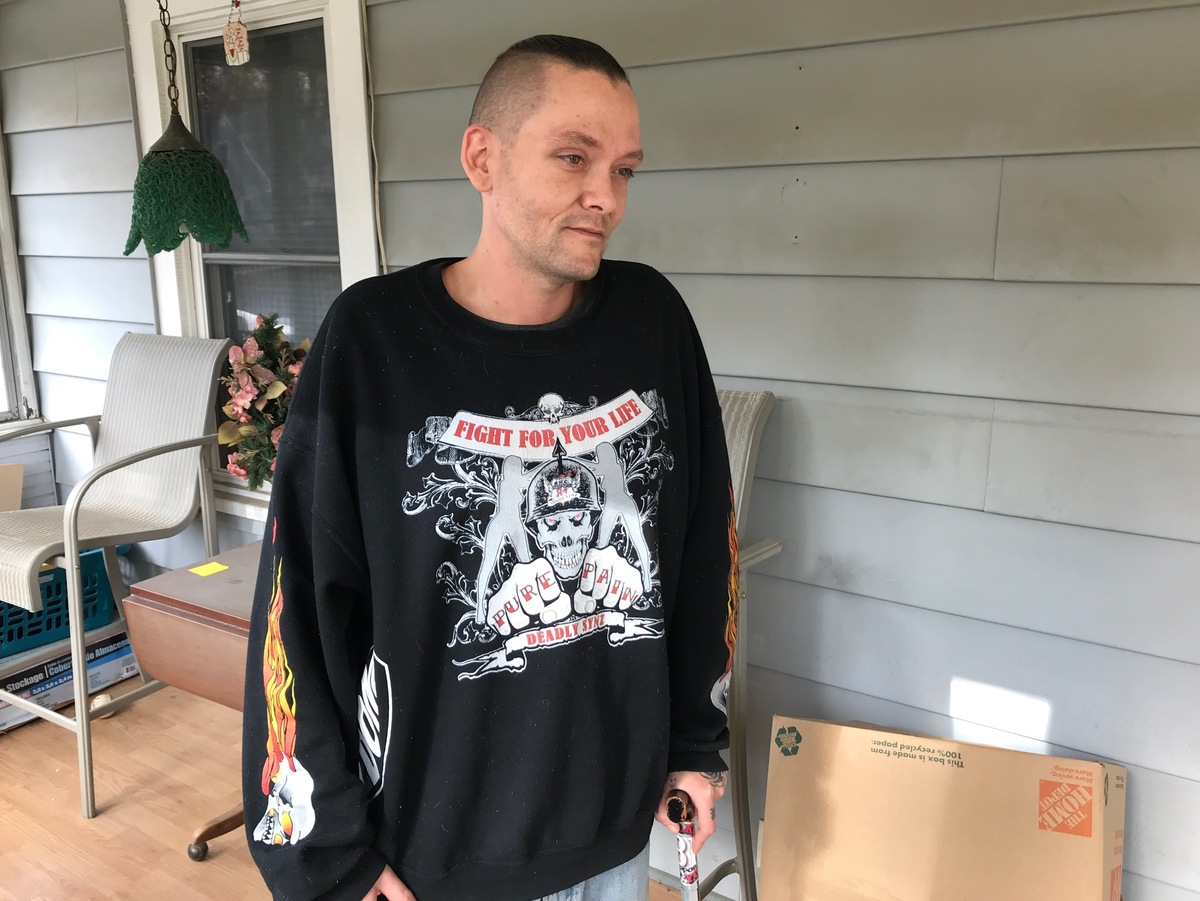 Church World Service did open an office in Poughkeepsie. But it only resettled one family of five.

The same story is playing out across America. Critics of the refugee program say they're mobilizing in at least a dozen places where people want more control over who's coming to live in their communities.

State and local officials are supposed to be consulted before refugees come to their areas, says Susan Tully, national field director at the Federation for American Immigration Reform, which advocates for lower levels of immigration. But in practice, Tully says, that's not happening enough.

"The volunteer organizations who resettle these people seem to be almost the single driving force, and deciding voice, of where they go," Tully says. "People are saying, oh, wait a minute, you're not the only one that's got a dog in this fight."

Now, the state of Tennessee is suing the federal government to block refugee resettlement there. The mayor of Rutland, Vt. was voted out of office earlier this year after trying to bring in refugees to give the town's small workforce a boost. And in St. Cloud, Minnesota, some residents are calling for a moratorium on resettlement as the refugee community grows into the thousands. (In response, the City Council passed a resolution "in support of a just and welcoming city".)

Still, Erol Kekic at Church World Service says most people support refugees, even in those places.

Kekic himself was a refugee from Bosnia more than 20 years ago. He says refugees do use public benefits, such as welfare and health care. But over time, refugees also start business and become productive members of society.

"At the end of the day, all of these differences — they may look different, speak a different language — kind of blend in. And you just get a new neighbor," Kekic says.

But that's not what happened in Poughkeepsie.

More than a year after that contentious meeting in the church sanctuary, the town's residents are still bitterly divided. Church World Service has closed its local office. The resettlement agency says there aren't enough new refugees arriving in the U.S. to justify an office there since President Trump slashed the number that are allowed in.

And that one refugee family that came to Poughkeepsie? They're gone too. They moved away to find a community with other Congolese immigrants. A more welcoming community.