Accessibility links
Armie Hammer Says Filming 'Call Me By Your Name' Was Its Own Summer Romance The film tells the story of two young men who fall in love one summer in Northern Italy. Hammer describes it as "just watching two people explore and learn that love is love." 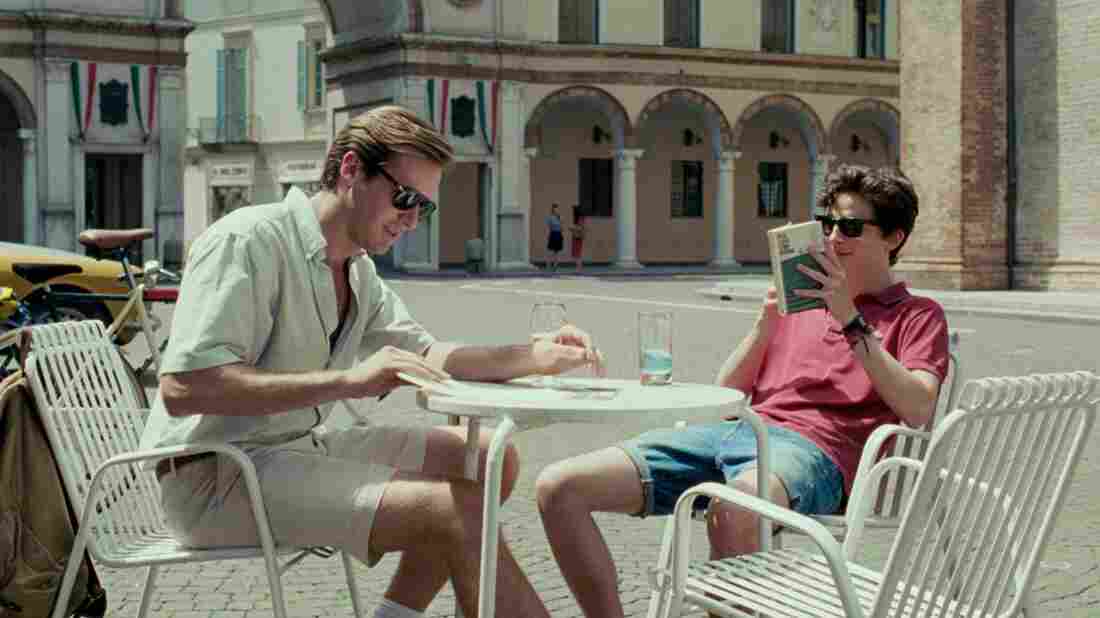 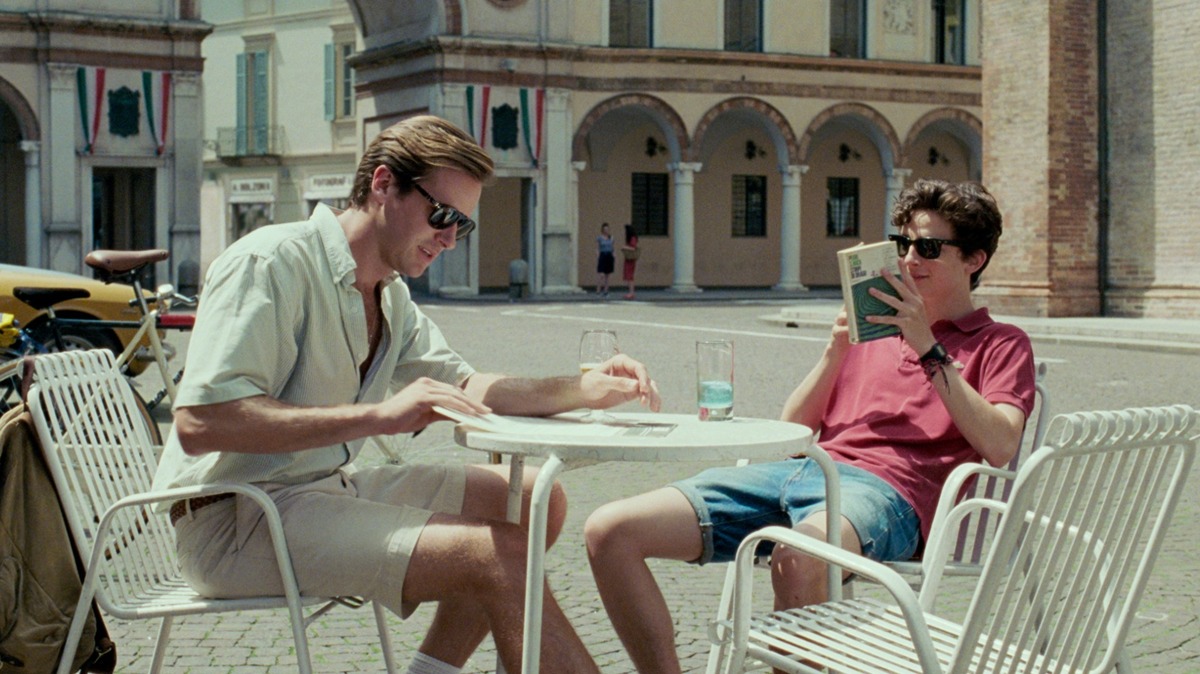 In Call Me By Your Name, Oliver (Armie Hammer, left) and Elio (TimothÃ©e Chalamet) spend a summer falling in love in Northern Italy.

The new movie Call Me By Your Name is based on a beloved novel of the same title by André Aciman. It tells the story of two young American men who fall in love one summer in Northern Italy. Elio, 17, is played by Timothée Chalamet (Lady Bird), and Oliver, 24, is played by Armie Hammer (The Social Network, The Lone Ranger).

Hammer describes the film as "just watching two people explore and learn that love is love." He says, "I think that's why a lot of people, regardless of their identification or orientation, can connect to those feelings of being enthralled with somebody, being in love with somebody; making yourself vulnerable and letting them know, and then having that reciprocated."

When we meet Oliver, he's all appetite and momentum — crushing soft-boiled eggs, throwing back glasses of fresh apricot juice and sleeping through dinner. But Hammer says the character is more complicated than he seems at first.

"He is very brashly American in a lot of ways, and then in other ways he's using that as a cover to cover an amount of discomfort and self-unassuredness and all of that. So he's complicated, which, as an actor, makes him more interesting to play."

I'm not gonna lie, dancing scenes are pretty tough. ... It's really funny about filming a dancing scene because most people who aren't in the business don't realize that there is absolutely no music going on. If you're lucky, you get a click track that just is literally just clicking so that you can keep a rhythm of what you're doing. But then having no music, being completely sober, having everyone stare at you — it does not for an easy scene make. ... And I'm 6'5", so I feel like I'm ... flailing more than anything else.

But so much of that scene was about watching someone be totally enraptured and just lost in a moment and enjoying themselves, because that's one of the things that Oliver is able to do that Elio really appreciates.

On how Oliver displays his Jewishness, but covers his love of Elio

You know, there's that line in the movie, and also in André Aciman's novel, where they refer to themselves as "Jews of discretion." And I think, you know, Oliver wears his Judaism on his sleeve, and on his neck, more because he wears his Star of David, which is funny and ironic because there are other things about him that he does hide and that he cannot put out there, like the fact that he is, in fact, in love with Elio.

I have had experiences like that, but I can easily say that this experience of this summer, shooting this movie in Italy, was something that eclipsed all of them. This is my new summer romance — going to Italy, living there with Timmy, with [director Luca Guadagnino], shooting the movie.

It's a delightful work ethic over there. They shoot about eight hours a day, so you're done by 6 o'clock at night, and you're back at Luca's apartment and he's cooking these massive, delicious meals for us. And we're discussing the day, discussing what happened. Then we [would] watch movies together and, you know, Luca — our director, Luca Guadagnino — is very much a sort of film historian and film buff. So he would put on movies for us and explain, "OK, this is important because of this," and, "This scene, watch this." ... So, this was that summer for me that I knew was going to end and did not want it to. 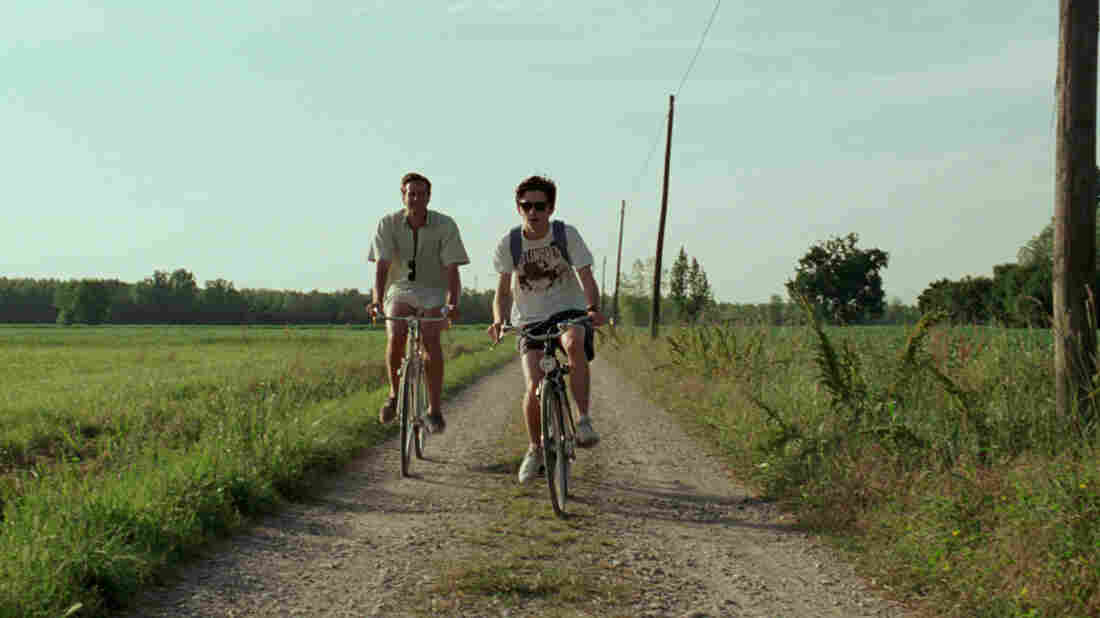 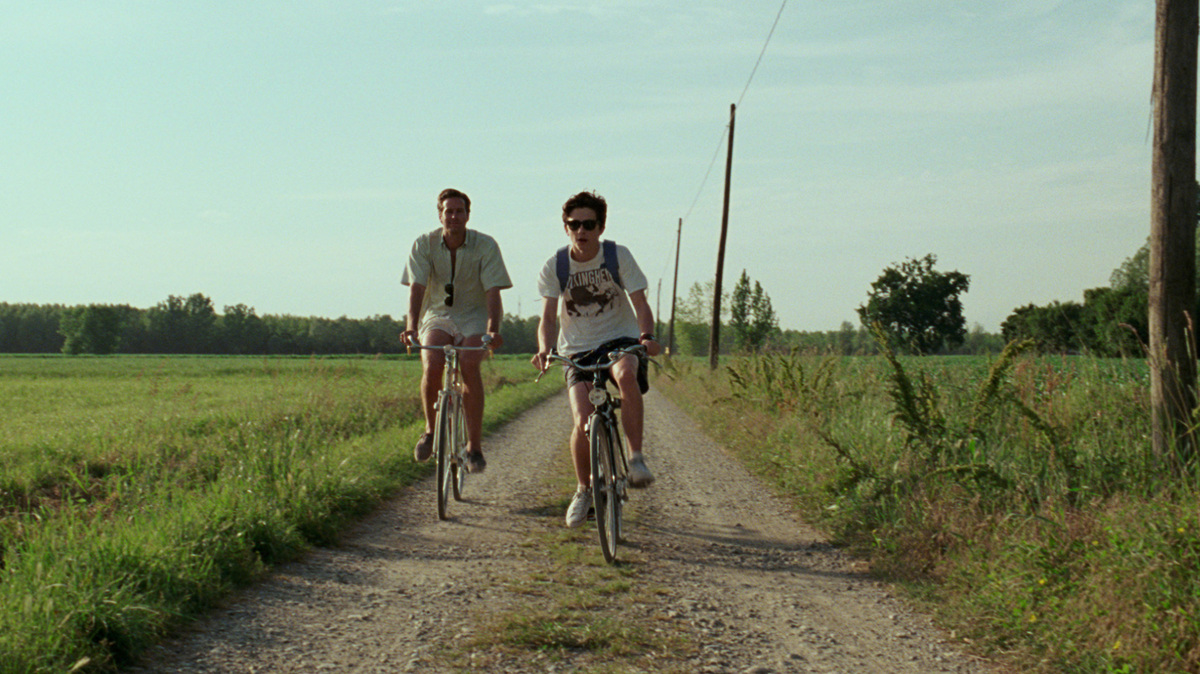 I do feel fortunate that the way our relationship in the movie unfurls has very little to do with power dynamics. If anything, it really is Elio, the younger one, who has to be the one who is bold enough to say, "Oliver, this is how I feel. This is what I'm going through." And so it's — there's less of that power dynamic in our relationship, which I'm thrilled about because it's just two people consensually falling in love with each other.

This interview was produced and edited for broadcast by Kat Lonsdorf and Jolie Myers. It was adapted for the Web by Sydnee Monday and Nicole Cohen.