Accessibility links
This Kentucky Printer Makes Books The Old Fashioned Way The Larkspur Press in Kentucky is two years behind schedule, with no plans to catch up. Printer Gray Zeitz sets each letter of the book by hand and then prints on a press from the early 1900s. 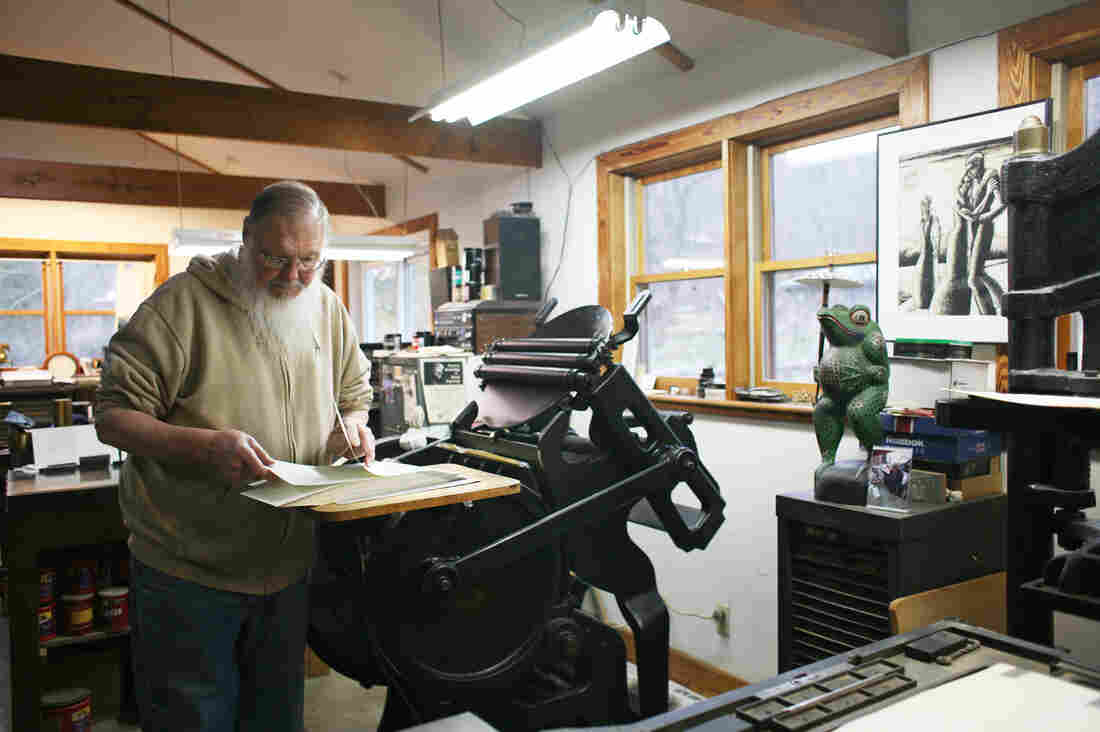 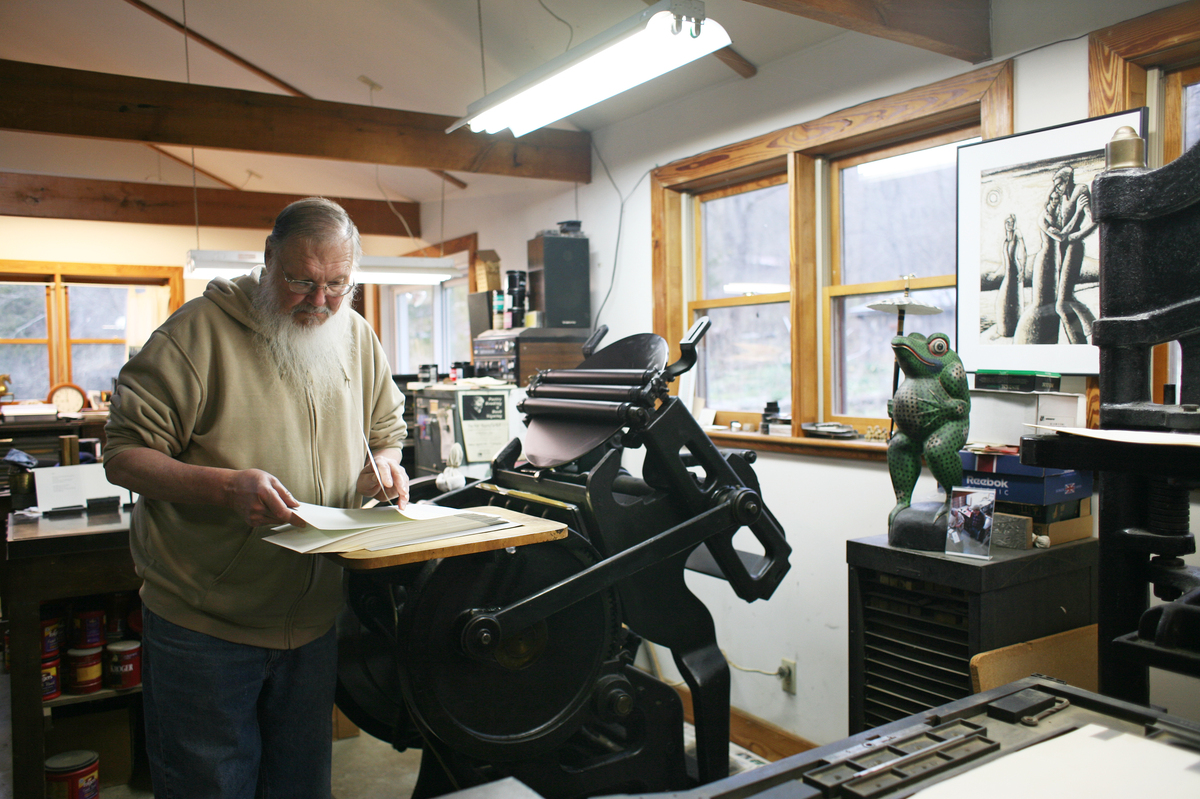 When was the last time you picked up a book and really looked at how it was made: the typeface, the feel of the paper, the way the words look on the page? Today, when people can read on their phones, some books never even make it to paper.

Once, bookmaking was an art as refined and distinct as the writing it presents. And in some places, like Larkspur Press in Kentucky, it still is.

For more than 40 years Gray Zeitz has been creating books one at a time in his two-story print shop near the town of Monterey. He works with the some of the state's finest writers, including Wendell Berry and Bobby Ann Mason, and his Larkspur Press turns out just a few editions a year.

"I have had, and still do have, printers that come in that used to work on presses like this and they are just tickled to death," says Zeitz, 69, showing me his 1915 Chandler & Price printing press. He cuts stacks of paper on another machine that dates from the late 1800s.

Zeitz left the University of Kentucky in the winter of 1974, half a semester away from finishing an English degree. He'd been learning letterpress work – the way individually set type makes an impression on high-quality paper –- and he wanted to make fine books, especially poetry. At that time, the letterpress craft was fading as printers moved to faster offset printing.

But to Zeitz the moment seemed right. He didn't need electricity at first, or indoor plumbing. He'd grow tobacco to sell and they'd raise calves. Kentucky writers would be featured.

Later, to pay the bills, he added in smaller print jobs. "There was a point when my wife, Jean, came up to me and said, 'Gray, you're either going to have to start doing some of these jobs — job printing — or you're going to have to go out and get a job."

He began taking orders for things like business cards and wedding announcements. "That became interesting to me as well."

In those days, Monterey was attracting hippies and musicians and artists and candlemakers. Early on they started a fall festival at Larkspur, and people come from all over the country to see the books Zeitz creates — to touch and feel their hand-sewn bindings and see the perfection Larkspur strives for in the pages.

"This whole concept of texture and lightness, there's a kind of sensual quality just to the book itself," says his friend Jack Campbell, who works in industrial design. 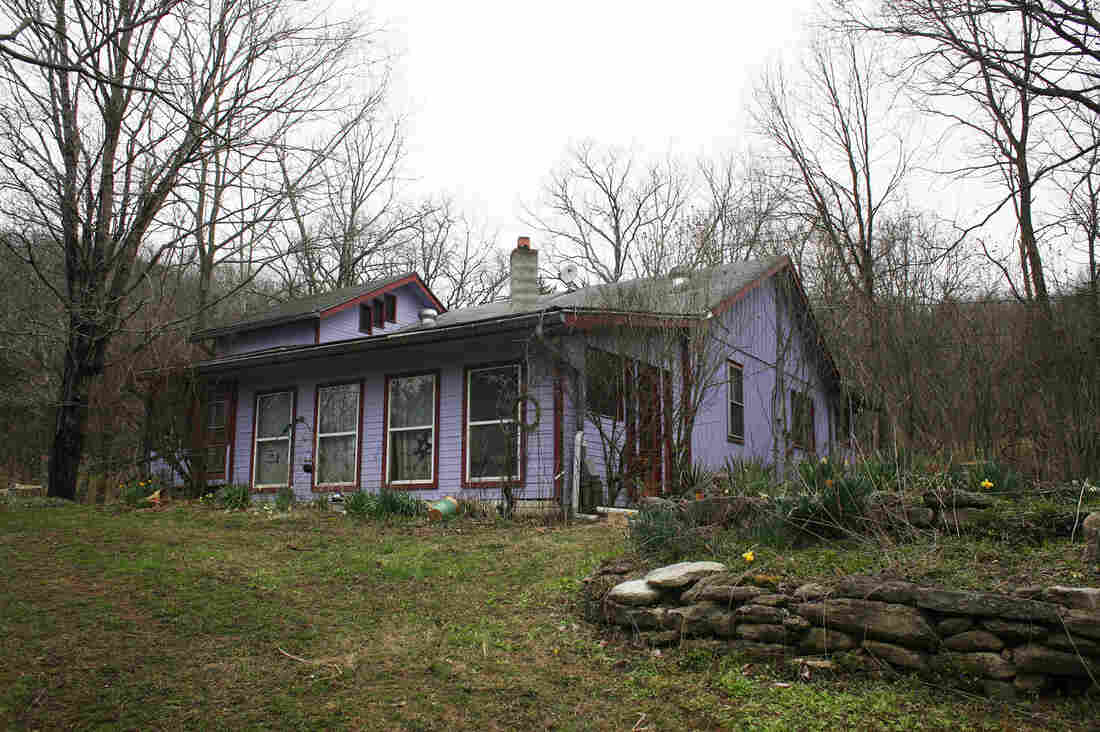 Gabrielle Fox is a professional bookbinder who's done lots of high-end work for Larkspur. Every summer she goes out to Colorado to teach at the American Academy of Bookbinding.

"And the books that they sell to their students to begin learning are Larkspur Press books," she says. "The students come from all over the world to that school." 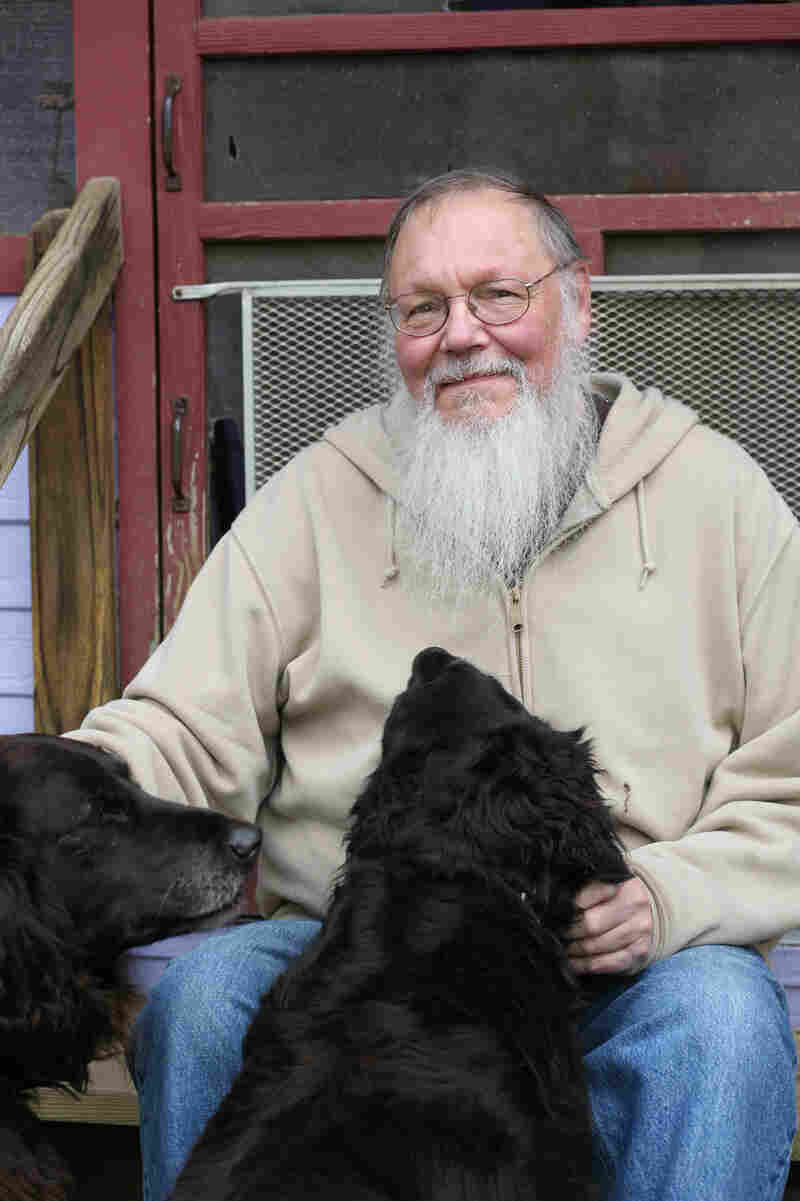 Zeitz has one full-time employee: Leslie Shane. "I have just sewn 20 of this little book of poetry by Erik Reece," she says. "It's called Animals at Full Moon. Now I'm just cutting them

Larkspur only brings out about four books a year, and they can be two years behind. If Gray Zeitz knew how to use a computer he could open the Larkspur Press home page and see the covers of 100 books he has on his shelves in inventory.

Some of the prices reach $200 for special editions, but the press is best known for the books they can sell for $20 or $25.

In another part of the shop, Gray Zeitz shows me the lead type, which he sets — each letter and space — by hand. "When the ink's ready we'll put this on the press and pull a proof and see what we have."

At day's end Zeitz shuts down his shop and walks up the hill to his house, which is a fading purple.

It's a quiet house; Jean passed away four summers ago. His two dogs come over from playing in the creek.

"Well, I don't intend to retire," he says. "If I did retire then I'd just print books, so I might as well stay in business."