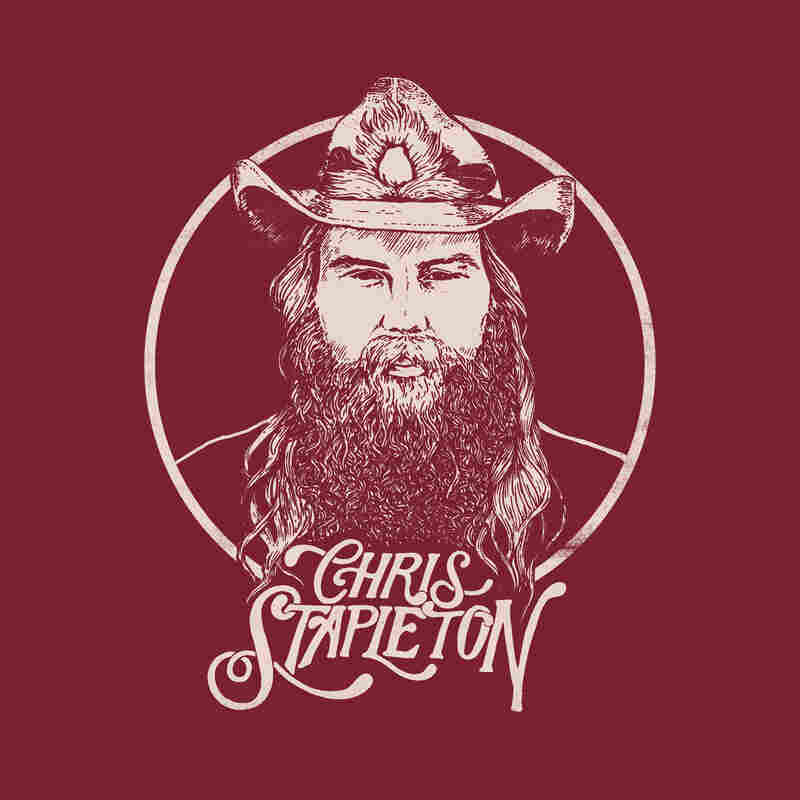 Chris Stapleton, From A Room: Volume 2 Courtesy of the artist hide caption

Few would have predicted Chris Stapleton's dominance earlier this decade, but he's commanded the spotlight for long enough now — through show-stealing televised performances, major awards show wins and enviable album sales —to bring what it is about him that people are responding to into focus.

The 39-year-old Kentucky native relies on Dave Cobb, Nashville's leading studio naturalist, to capture the leathery twang and blues-basted analog brawn of his power trio, in which it falls upon Stapleton to supply both sinewy rhythm guitar and snarling lead licks. Adult fans have received his sound as a rebuke of glossy, beat-driven country-pop trends. There's no clutter to it, nothing to hide behind, nothing competing with the furnace-blast force of Stapleton's belting. When headlining arenas, he'd rather try to close the distance between the band and the crowd with a stage setup that enables people in the nosebleeds to hear with slightly more intimate clarity than scale up his show.

Who the music is coming from is no less important. It's Stapleton's performing persona — not some imagined antagonism toward the Nashville music industry (in which he first thrived as a hit songwriter) — that links him to the '70s Outlaw Movement, recalling the masterful self-mythologizing of lionized figures like Waylon Jennings. Stapleton is in his element conjuring characters with tortured souls, those who hang their heads at how their hard-living ways have sabotaged everything good and stable in their lives, yet persist in their ornery isolation. He's sung, with hangdog self-deprecation, of bringing his woman's vengeful rampages on himself.

Anyone who follows Stapleton knows that his wife Morgane is his well-matched and ever-present singing partner; that they sometimes seem so engrossed in communicating with each other on stage that they transform concertgoers into eavesdroppers; that they have children together and twins on the way. But he embodies undomesticated masculinity so persuasively that his artistic identity and personal life can exist as parallel realities. The Stapletons have been country music's busiest couple since 2015's Traveller, so it's by both necessity and inclination that they sifted through Chris's vast back catalog for songs they felt had held up over time, threw in a few choice covers and returned to the studio with Cobb to record as though they had nothing in particular to prove.

From A Room ("room" referring to historic RCA Studio A, over which Cobb presides) Volume 1 appeared this spring, embellishing Chris's signature lone wolf vantage point in relaxed fashion. Though he carries that thread through Volume 2 — lamenting a loss of hell-raising, youthful stamina in "Hard Livin,'" chronicling the highs and lows of self-medicating in "Tryin' To Untangle My Mind" and shouldering the shame of having driven away the one who loved him in the spare and stoic "Drunkard's Prayer" — the emotional center of the new album lies elsewhere.

With Morgane's input, Chris chose several songs that dwell on, even savor, meaningful attachments. His reading of "Millionaire," a fine example of the classic country trope of valuing relational closeness over material wealth by singer-songwriter Kevin Welch, has a laidback, Petty-esque jangle and, thanks to the Stapletons' cozy harmonizing throughout, a feeling of equanimity. In the fingerpicked vignette "A Simple Song," he leans on his devotion to family when working-class pressures won't relent. He spends the verses laying out his worries in conversational detail, then pivots to a tone of modest gratitude. "But I love my life, and it's something to see," he sings, his easeful, drawled phrasing bearing a trace of reverence. "It's the kids and the dogs and you and me." In "Friendship," a down-home slice of country-soul associated with Pops Staples, he sanguinely vows to uphold relational obligations, while the Appalachian-steeped story-song "Scarecrow In The Garden" describes from a far more ominous angle what it's like to live out a commitment to blood, even when it means shouldering despair on the failing family farm.

For Chris Stapleton to inhabit these songs, with Morgane's voice as present as ever, doesn't contradict his image. If anything, folding these songs into his repertoire lends greater emotional weight to his entire body of work. Wise and sensitive storyteller that he is, he knows that deprivation and loss are felt the most deeply when it's clear what's at stake. It's no wonder so many fans have come to count him as a musical hero.