Accessibility links
Review: Wilco, 'Being There: Deluxe Edition' (Bonus Disc) A collection of outtakes, alternates and demos from 1996 captures the point where one of America's great underdog bands began to come into its own. 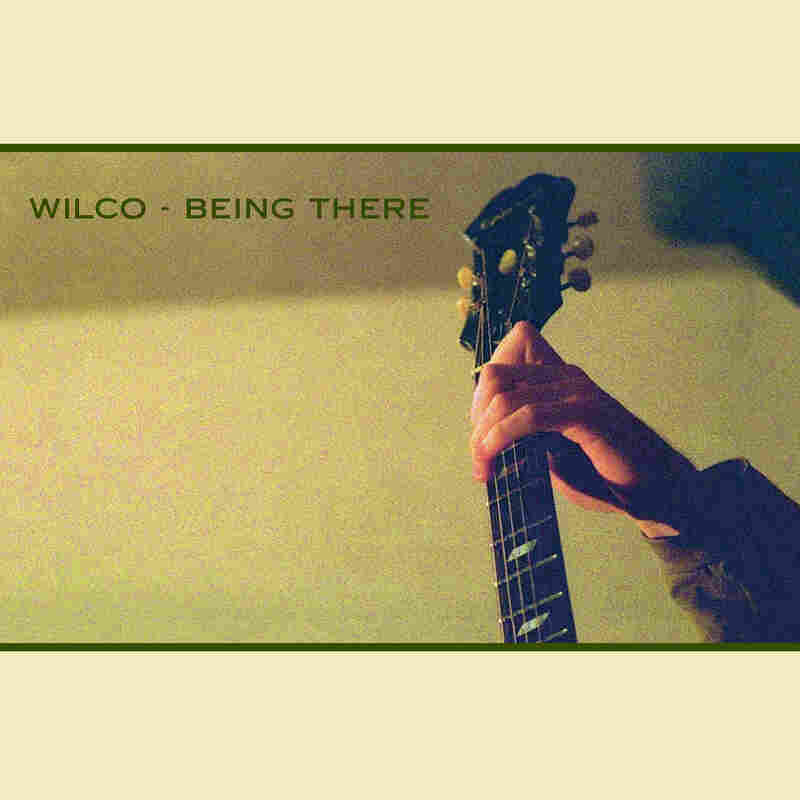 At the start of 1996, Wilco seemed like an also-ran. The group's debut album, 1995's A.M., had showed plenty of promise, but it was overshadowed by Trace, the debut album by Son Volt, the other band born from the breakup of the alt-country outfit Uncle Tupelo. Where A.M. was upbeat yet unfocused, Trace was moody and deep. Wilco's leader, Jeff Tweedy, responded in 1996 with Being There. The double album built on Tweedy's strengths as a pop-rock songwriter while remaining tethered—but not too tightly—to the rootsy rock he was known for. The result was Wilco's first artistic triumph, setting the stage for many to follow. And as the disc of outtakes, alternates and demos from the forthcoming Being There: Deluxe Edition amply show, even Tweedy's reject folder overflows with treasures.

None of the bonus tracks on Being There: Deluxe Edition appear on Wilco's four-disc rarities box set from 2014, Alpha Mike Foxtrot—which just goes to show the sprawl of their catalog, as well as Tweedy's prolificacy. Some of them are simply unused versions of songs that made it into the final album—including an alternative version of Being There's power-pop anthem, "Outtasite (Outta Mind)," complete with wheezing organ and a ragged vocal delivery that reflects just how joyously go-for-broke the band was at this early point in its existence. The alternative version of the acoustic "Far, Far Away" is more hushed and fragile than the original, and the Southern-rock stomp of "Monday (Party Horn Version)" takes on a new dimension with the addition of an uproarious brass section. The rough take of "Dreamer In My Dreams," Being There's rambunctious closer, complete with banter and chatter, sounds like it's about to fly apart at the seams—which only makes its honky-tonk hootenanny feel that much more spirited.

A slew of previously unreleased songs also grace the Being There reissue. "Dynamite In My Soul," despite its explosive title, is a delicately strummed folk tune showcasing the bare bones essence at the heart of Wilco's knack for big, punchy arrangements. The classic country-rock sound of "Better When I'm Gone" is straight out of Gram Parsons' playbook, but that twangy style is rendered here with a wry and playful flair. "I Can't Keep From Talking" never made it into a Wilco album, although it surfaced in 1998 on Weird Tales, an album by the supergroup Golden Smog, in which Tweedy has served. Wilco's version is more laid back and reminiscent of Crazy Horse than the driving Golden Smog rendition—and it's also instrumental, with the absence of Tweedy's vocals allowing the emphasis to fall on the band's organic interplay. And on "Capitol City," Tweedy runs through a jaunty solo ditty worthy of Paul Westerberg; 15 years later, a full and jazzy arrangement would show up on Wilco's 2011 album The Whole Love.

Back in 1996, Wilco had yet to venture into the experimental territory of albums like 2001's masterful Yankee Hotel Foxtrot, so Being There: Deluxe Edition bears little of that sort of sonic ambition. Instead, it sheds fresh light on Tweedy's soulful, charming, swiftly evolving songcraft. That's especially evident on the two alternate versions of "I Got You (At The End Of The Century)." Where the original is an exercise in the huge-hooked, fat-riffed guitar pop of Big Star, this pair of abandoned takes shows how Tweedy and company were already tinkering with all the subtle ways their own songs could be approached and interpreted—in this case, as more simmering, atmospheric departures from Americana. Wilco was only a few years away from realizing just how radically the group could sculpt, deconstruct and reinvent itself in the studio, but Being There was the point at which one of America's great underdog bands began to come into its own.