Accessibility links
A New, Ominous Clue In Search For Argentine Submarine An apparent explosion occurred near where the submarine went missing, with 44 crew members aboard.

A New, Ominous Clue In Search For Argentine Submarine

A New, Ominous Clue In Search For Argentine Submarine 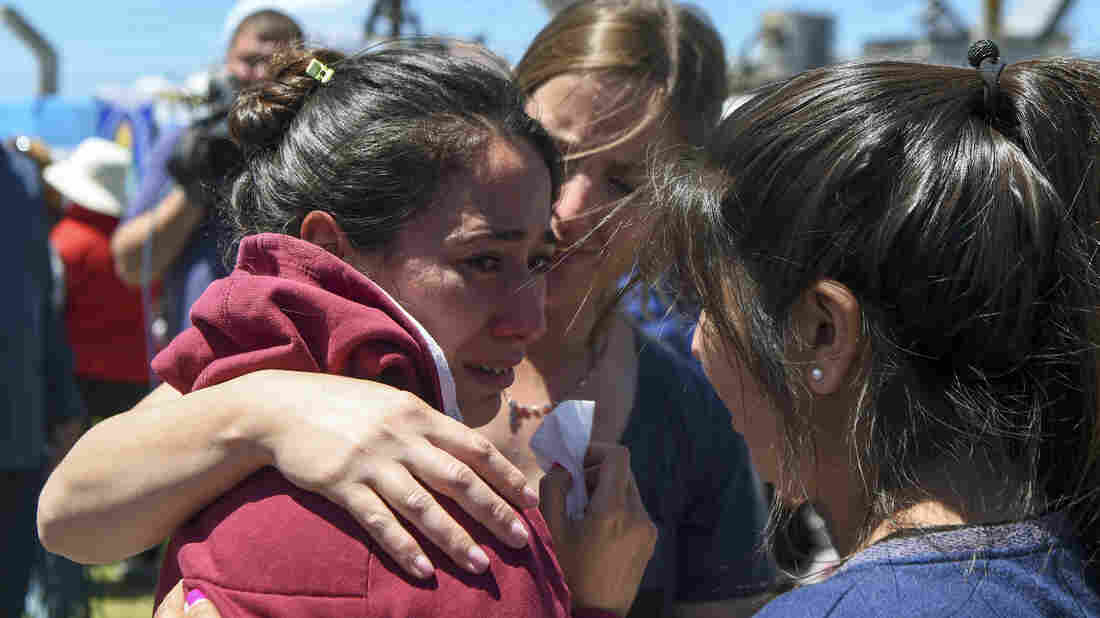 A relative of one of the 44 crew members of the missing Argentine submarine is comforted outside a navy base in Mar del Plata, Argentina, Thursday. Eitan Abramovich/AFP/Getty Images hide caption 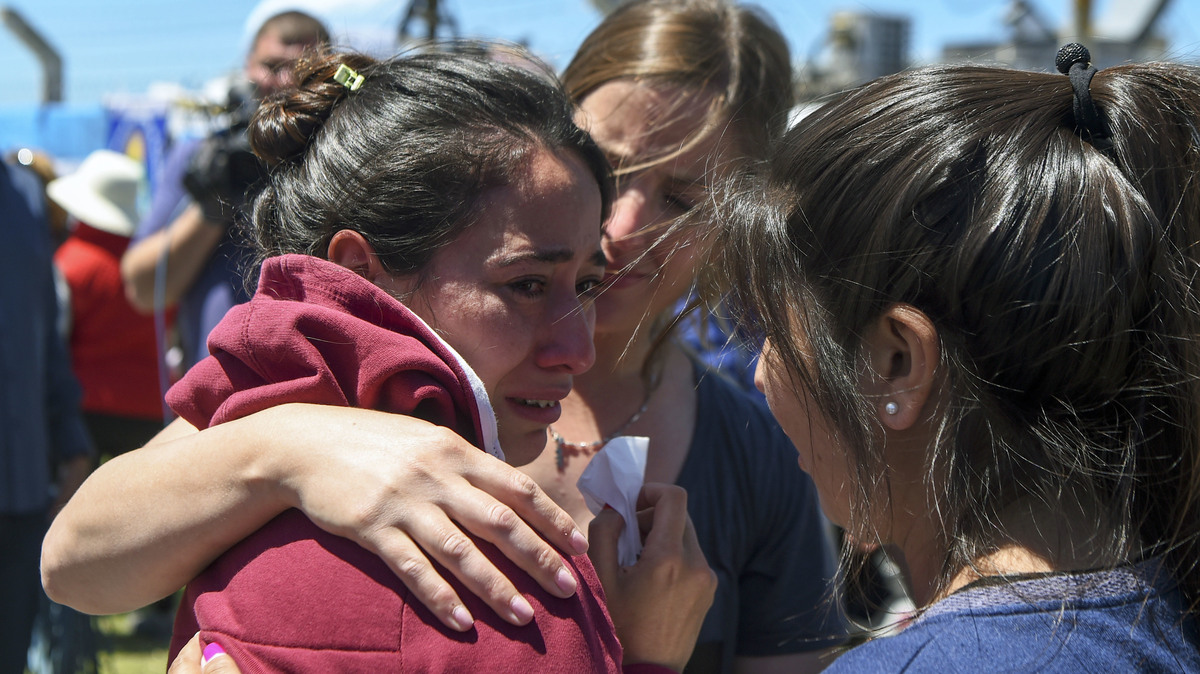 A relative of one of the 44 crew members of the missing Argentine submarine is comforted outside a navy base in Mar del Plata, Argentina, Thursday.

The Argentine navy announced evidence Thursday pointing to an explosion occurring near the time and at the location one of its submarines, with 44 crew members aboard, went missing last week.

The news sent families of the crew into tears as they gathered at the Mar del Plata Navy Base, where the sub was originally scheduled to arrive on Monday, the Associated Press reported.

"They haven't come back and they will never come back," said Jesica Gopar, wife of an officer aboard the submarine. "I had a bad feeling about this and now it has been confirmed."

It is still unconfirmed that the explosion, discovered by the U.S. Navy and an international nuclear test-ban monitoring organization, did indeed come from the ARA San Juan however. But a spokesman for the Argentine navy said evidence showed an event that was "singular, short, violent and non-nuclear."

The spokesman, Enrique Balbi, also said the search for the sub will continue until its fate is known. As NPR's Scott Neuman reported, stormy conditions and choppy waves have hampered efforts to search a 185,000 square mile area that is roughly the size of Spain.

The search area straddles the edge of the continental shelf, according to the AP, with depths as great as 10,000 feet. Experts say the submarine cannot withstand pressures that far down.

If the vessel is intact, another question is oxygen. NPR's Philip Reeves reported earlier this week that the crew would theoretically have had enough oxygen at that time, but the Argentine navy says if the sub has not re-emerged, it could only have enough air for one or two more days.

The U.S. government has sent two P-8 Poseidon planes, a Naval research ship, a submarine rescue chamber and sonar-equipped underwater vehicles, according to the AP. U.S. Navy sailors from a San Diego-based command center were also helping with the search.