Accessibility links
Dig, If You Will, Some Never-Before-Seen Pictures Of Prince In 'A Private View' In his new book, Afshin Shahidi, the artist's personal photographer, shares 250 images covering nearly 10 years of Prince's storied purple reign. 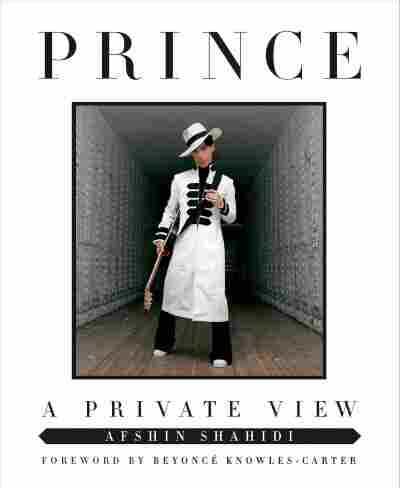 "Nothing seemed impossible, everything was possible for him," he says. "And that's just the way he lived his life and the way he communicated and wanted us to live our life."

The Iranian-born Shahidi grew up in Minneapolis and met Prince in 1993 when he got a call to come to work on a music video shoot as a film loader. Shahidi didn't know how to load film. But, it was for Prince(!) so like a true fan, he jumped at the opportunity to bask in the royal purple glow, and decided to sort out the film loading stuff on the fly.

That was the start of a journey that led to Shahidi becoming Prince's personal photographer, a story he recounts, among others, in his recently released book, Prince: A Private View.

"Over the course of those 10 years when I worked my way up from a crew member to a cinematographer, Prince gave me those opportunities. And I came through, so that gave him the confidence to say, 'Huh, I don't know if you're a photographer, but let's see if we can make you a photographer,' " Shahidi says. "He really opened up a lot of doors for me coming up as a creative, and opened up the door for me as well to become a photographer and to grow as a photographer."

The two collaborated so closely on the artist's videos and still imagery that Shahidi bought Prince a camera at one point, because "he was always borrowing mine to take a snapshot or do something." Shahidi told Prince jokingly, "I'm going to buy you this camera, and I'm lucky that you can't clone yourself, because if you could clone yourself, then I would be out of a job.

"He was a fantastic photographer, he had a great eye," Shadidi explains. "One, he was a true artist in every aspect of the word. But he had also been in front of the camera for so many years by the time I started working with him — both the motion picture camera and a still camera — and so he learned through osmosis."

Prince: A Private View includes 250 photos — at least half of which have never been seen before — that span almost a decade of the star's life. Here, Shahidi shares a few of his images and their stories. 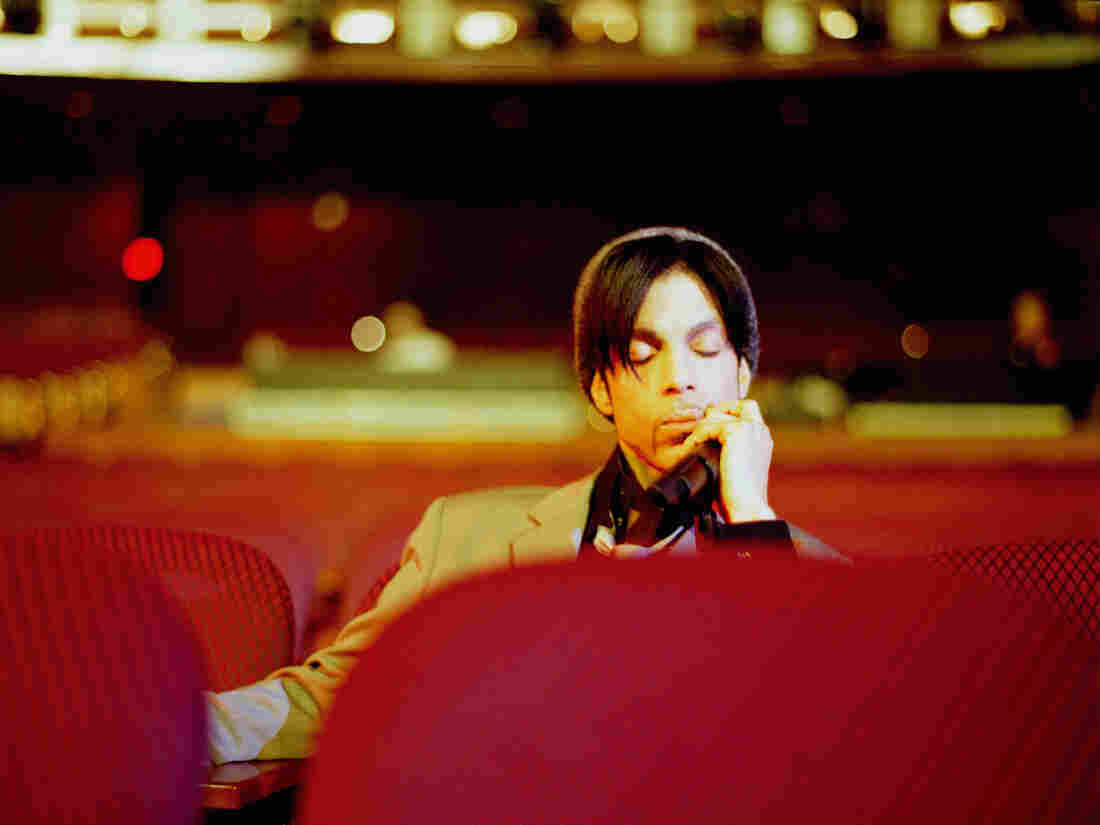 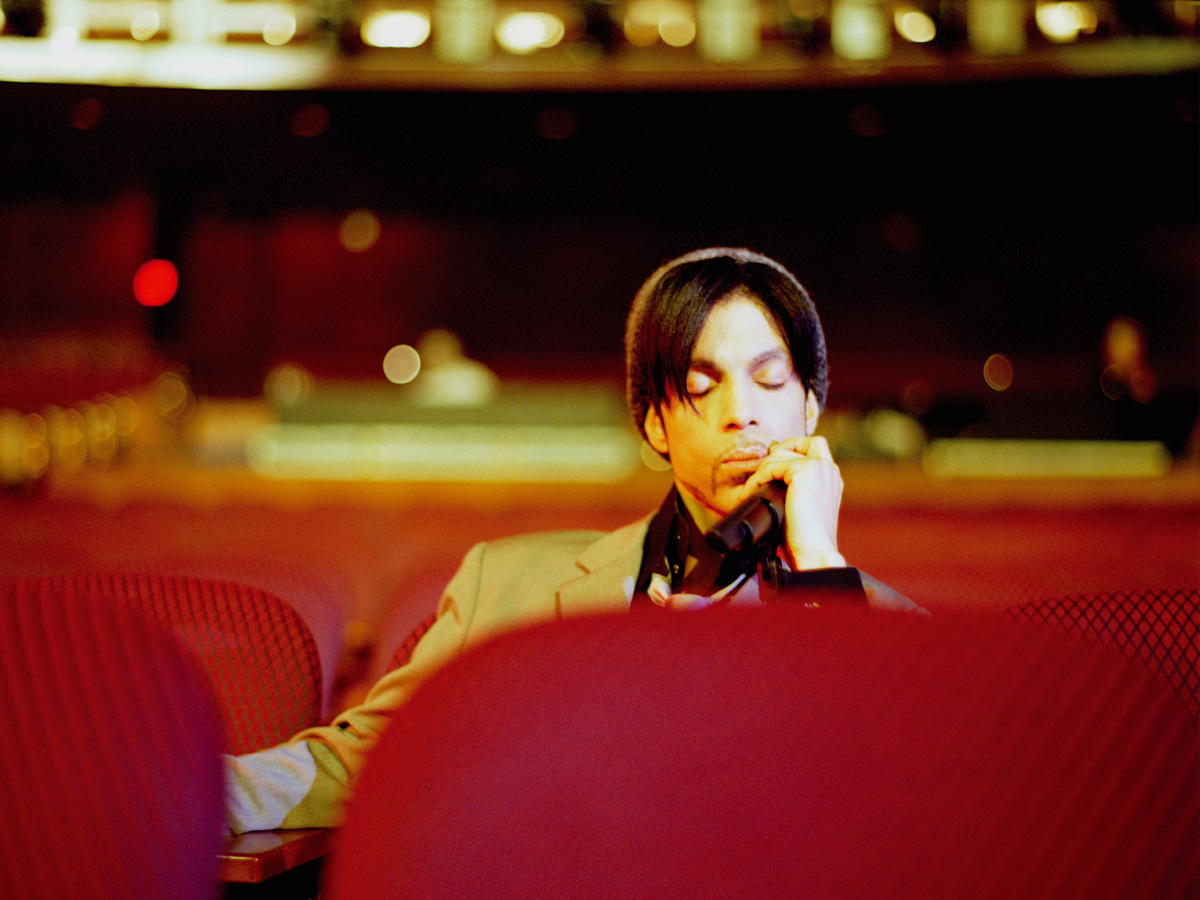 Shahidi: That was early on in my foray into photography with him. I had photographed his band for a tour book and I had photographed him for a tour book and then he had asked me to go on this tour with them. That was in LA during the One Nite Alone... tour, which was kind of a jazzier, cooler, less hit-laden tour. I was still kind of feeling out what it's like to work with him, but also feel out what it's like to shoot more documentary style versus as a cinematographer [where] everything that we were doing was planned out — you step here and you do this. This was more just being in the moment. So I was kind of feeling that out — when can I photograph him, when shouldn't I, when do I keep space? ...

Sound was the most important thing to him, the music was the most important thing. And his fans. The soundchecks could be really intense times or really cool times depending on how it went and how the venue sounded, if the equipment was working well. When everything was working together he was so relaxed and in such a great mood, and that's one of those instances [where] I'm feeling a little more comfortable and confident in terms of approaching him and taking his picture. He was aware I was there, but he wasn't posing or doing anything for me. Him closing his eyes was really just him absorbing the music. He would move around throughout the seats ... to see how it sounded in different parts of the venue just to make sure it was equally as good in any section. 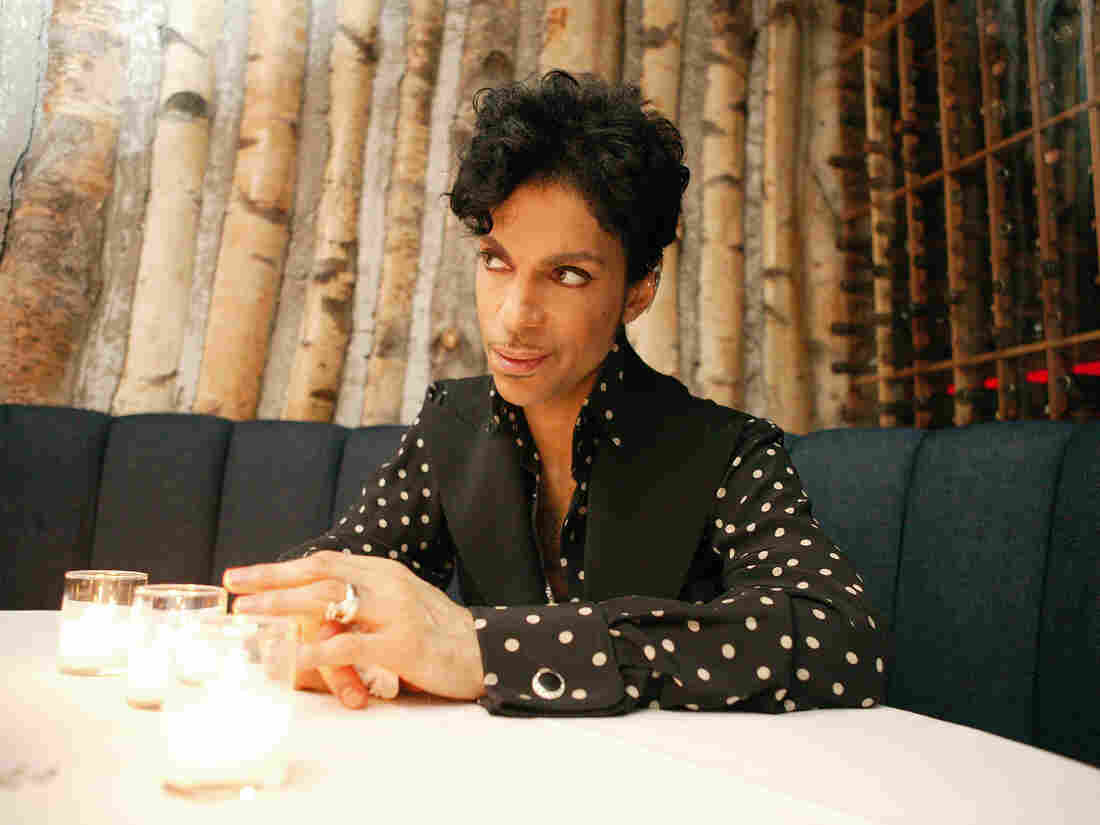 Prince is discussing everything from love to the constellations, 2004. Afshin Shahidi/Prince: A Private View hide caption 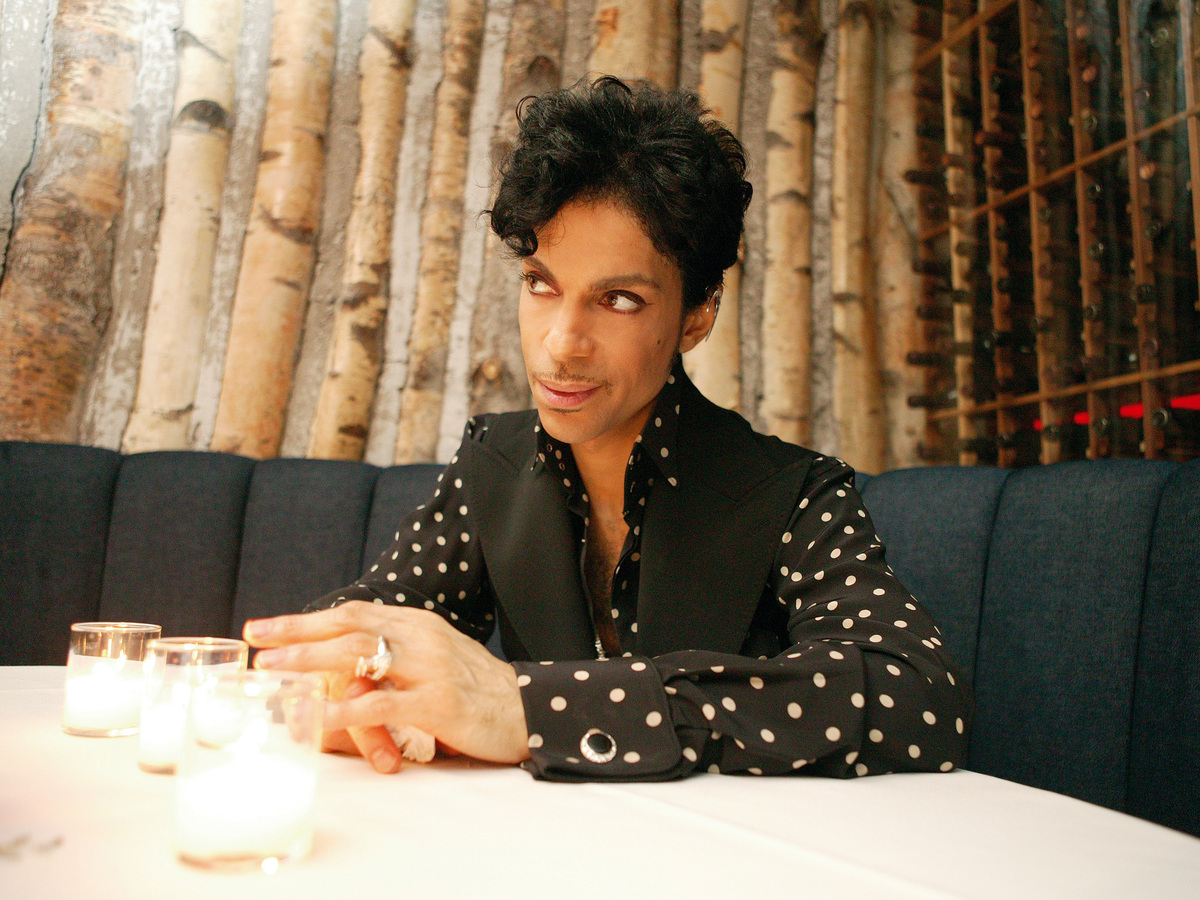 Prince is discussing everything from love to the constellations, 2004.

Shahidi: That was a really fun and special night. That was an after party basically, I think in 2004, in New York City at a place called Butter. We were in the downstairs room ... sitting in the back booth. I think Lenny Kravitz was there. I think Morris Day was there. [Prince's drummer] John Blackwell was sitting next to him. And Prince was just relaxed. It wasn't a typical time that I would pull out a camera where we're just hanging out, where he's not meant to be on, where he's a little more guarded in terms of how he looks. He was just so relaxed. I had my camera and I pulled it out in a way where he could see that I had it and I wanted to take pictures. I waited to see if there was a reaction, like "you know what, not right now," and he was just so relaxed he didn't mind. He just kept talking and I snapped a handful of pictures.

But my favorite part of it is the memory. For others, they may like the image 'cause it's Prince, but for me, it just takes me back to that moment when we were hanging out and talking, no cares or worries in the world. He was very animated in those discussions and what we were talking about. In terms of conversation, he had a point of view and was very animated and moved around a lot and I hadn't really captured it until that moment. 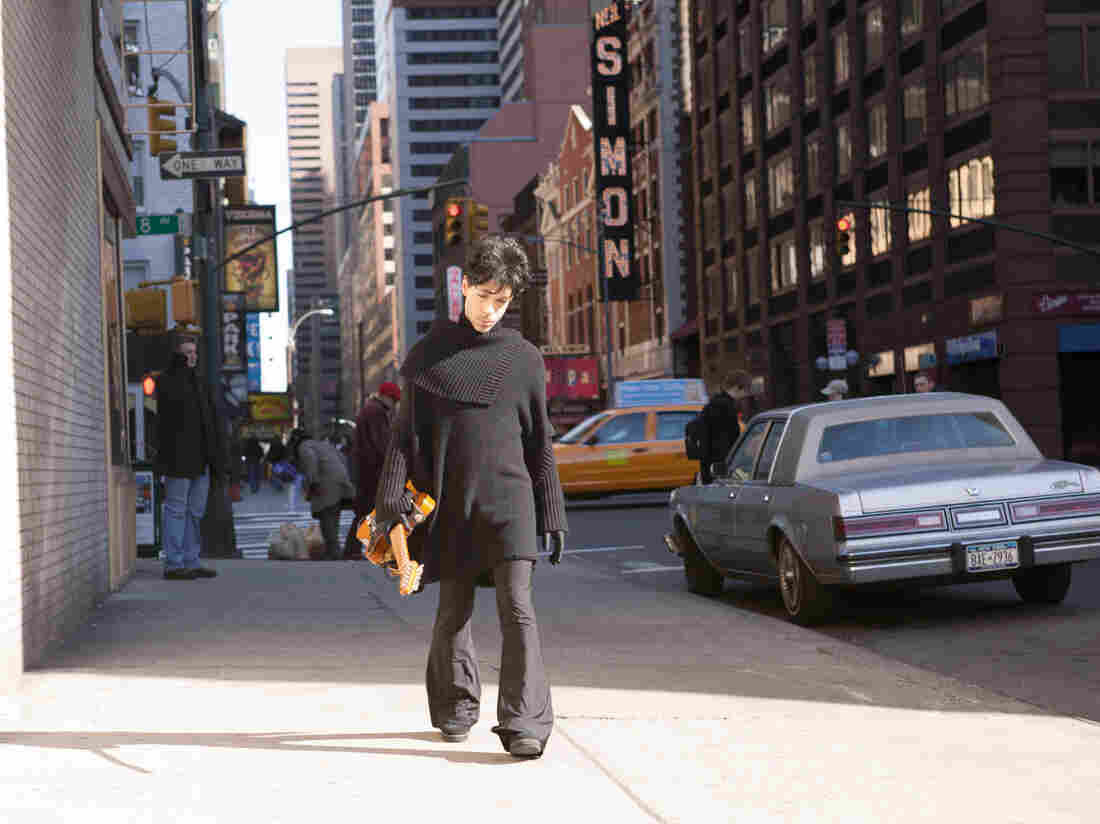 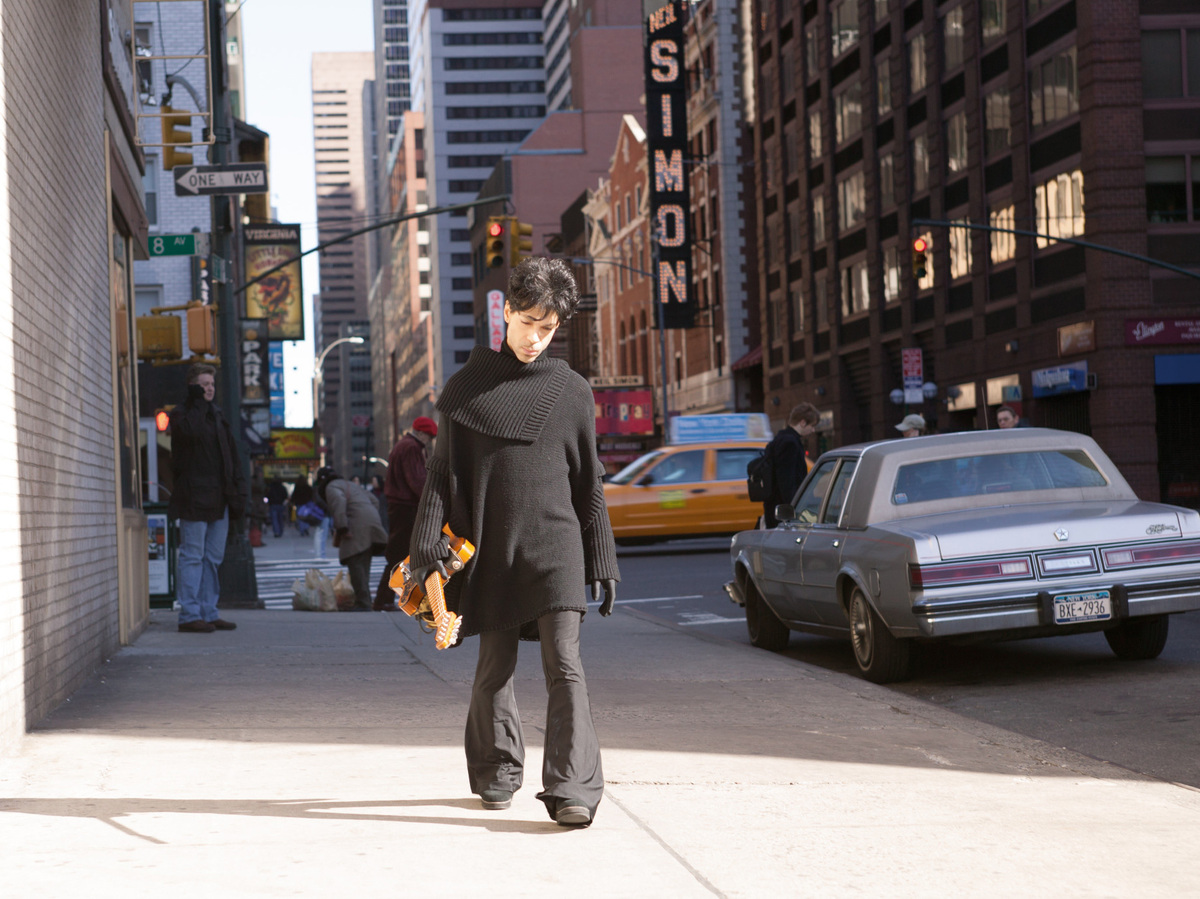 Shahidi: They were literally rehearsing at a little rehearsal stage off of that street we were on, and I don't know how things were going. I was standing outside and he stepped out to catch some air. I had my camera and I photographed him kind of there near where he came out, sitting, and I asked him, "Hey, would you mind walking down the street with your guitar?" and he said sure. I think he was thinking about the rehearsals they were doing and just working something out in his mind about what he wanted to change or do better. 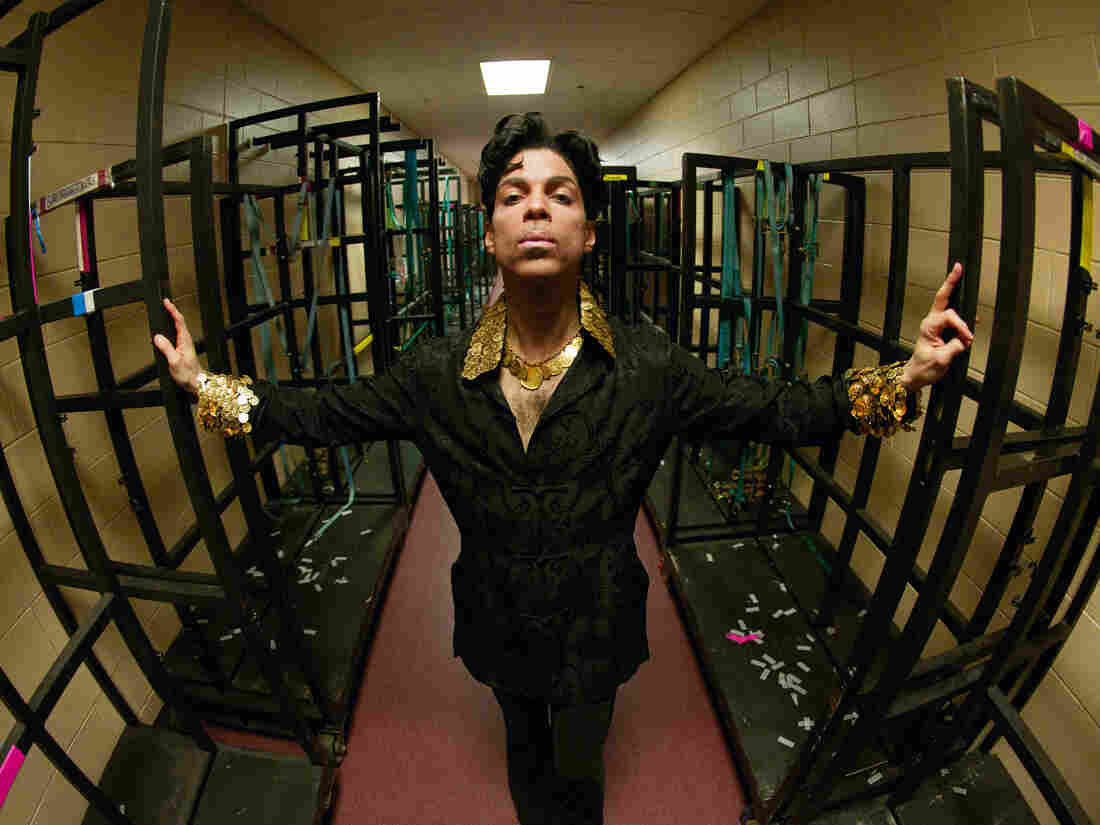 Backstage in Philadelphia, 2004. This shot was used to create the mural and cover for the album Lotusflow3r. Afshin Shahidi/Prince: A Private View hide caption 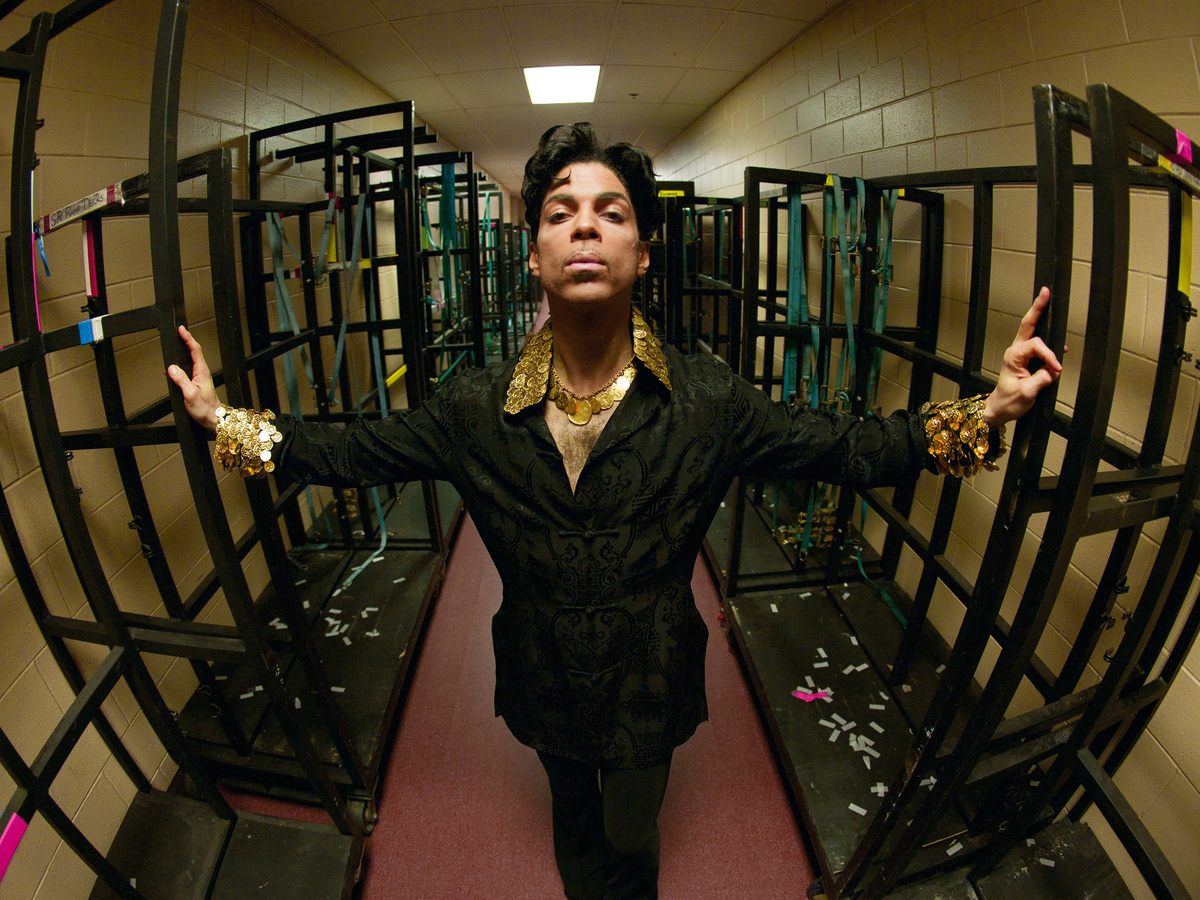 Backstage in Philadelphia, 2004. This shot was used to create the mural and cover for the album Lotusflow3r.

Shahidi: It was in Philadelphia during the Musicology tour. I had rented kind of this fish-eyed lens and so I was looking for symmetrical things. It was difficult finding interesting places at some of these venues, 'cause they were just big concrete structures, the backstage areas. But I was in this hallway and I saw these carts that they stacked with chairs. Part of what I always liked to do with Prince, too, was photograph him in kind of unexpected situations, something that felt a little more industrial, like that shot. I asked him to stand there and I took a couple of pictures and I thought they looked cool. Then Prince took that image — he's the one that really saw something else in it — and turned it into a mural ... and then parts of it were used for an album cover.