Accessibility links
Gaslighting: How A Flicker Of Self-Doubt Warps Our Response To Sexual Harassment From a teenager's encounter to today's revelations about Harvey Weinstein, Charlie Rose and so many more, a writer wrestles with the ways women are taught to doubt their own experiences.

Gaslighting: How A Flicker Of Self-Doubt Warps Our Response To Sexual Harassment

Gaslighting: How A Flicker Of Self-Doubt Warps Our Response To Sexual Harassment 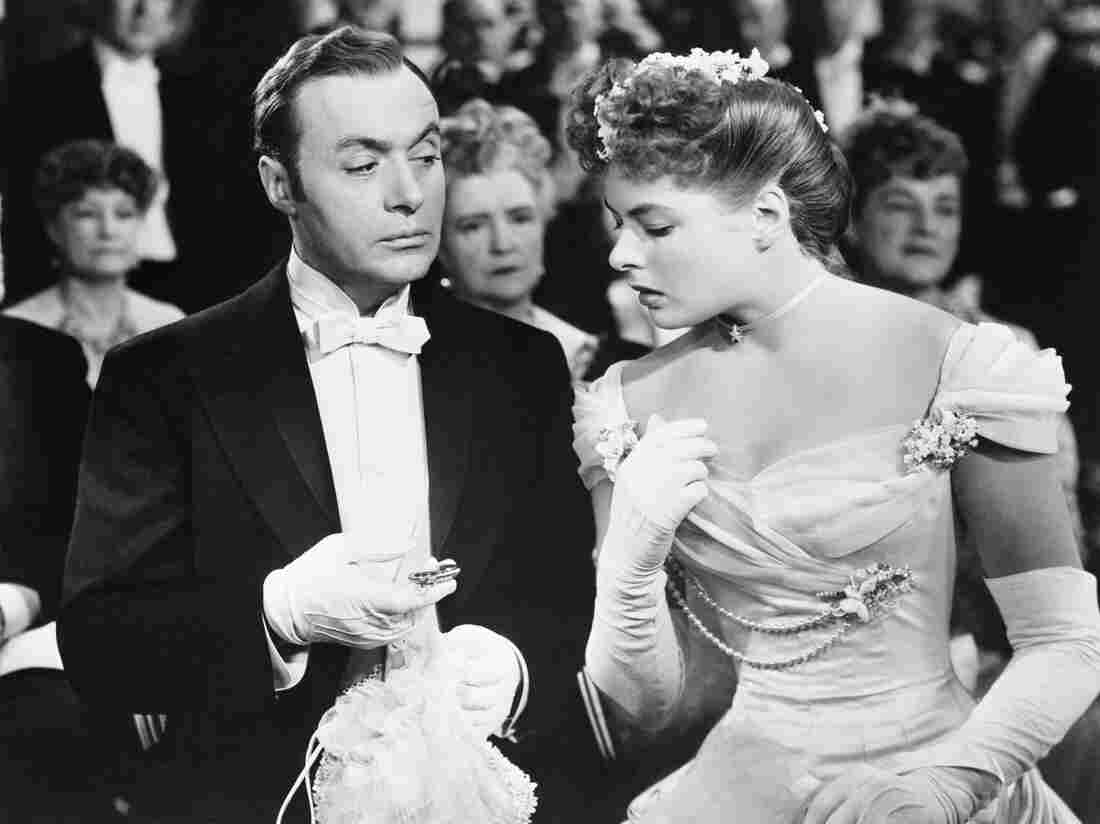 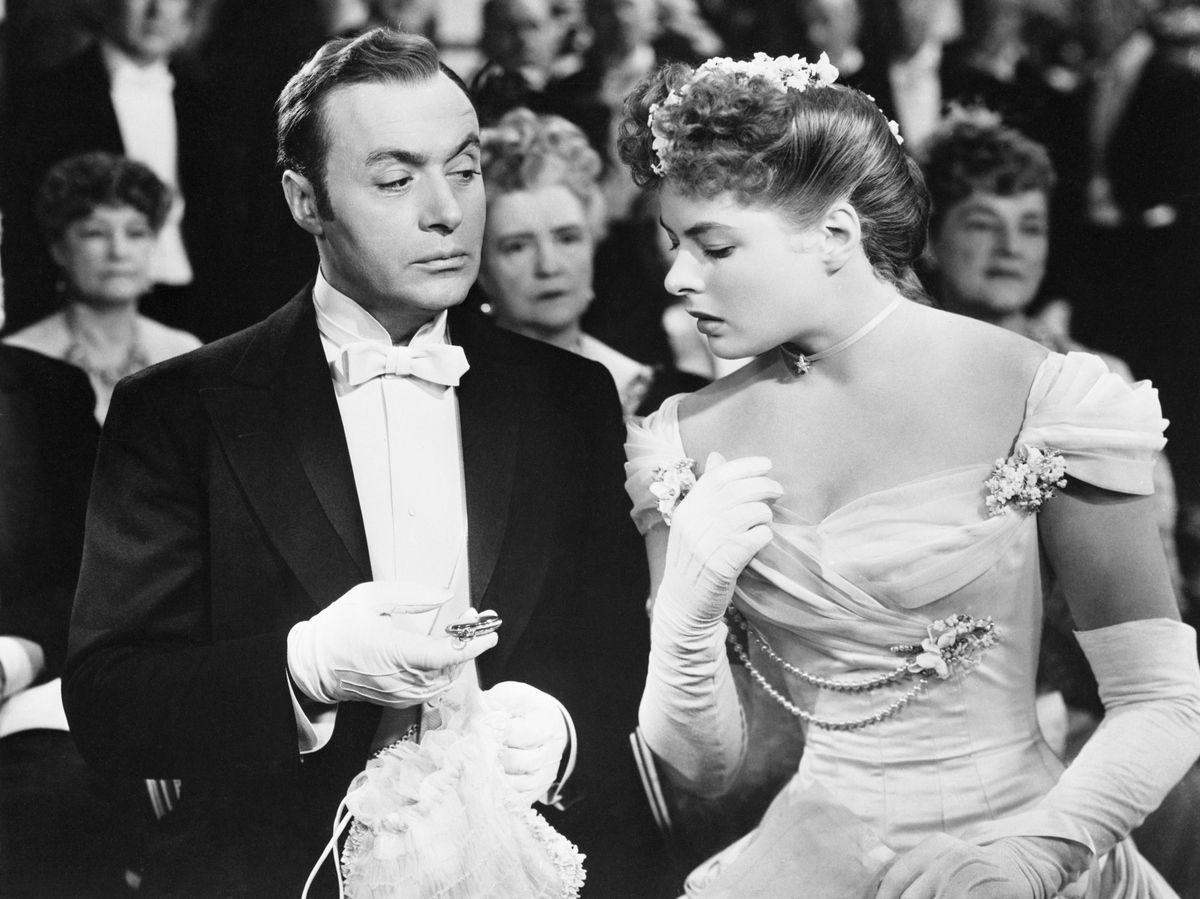 In the 1944 film Gaslight, Gregory (Charles Boyer) slowly tricks his wife, Paula (Ingrid Bergman), into believing she is insane.

When I was 16, I was sitting with my best friend in a park by the Connecticut River on a tumble of rocks. We hadn't seen anyone in the hour we'd been there. We were midconversation when my friend whispered, "There's a naked man over there." Sure enough, there was. A man, maybe in his 40s or 50s, had stripped nude and was approaching us, waving his erect penis.

Until that moment, I'd never understood how it felt to be trapped. We were on a precarious set of jagged rocks — the type that could easily break ankles — and full of panic. Every person who has been sexually assaulted or harassed knows this sensation.

I shouted at the man while my friend and I scrambled up the rocks and raced through the woods that separated us from the parking lot. We called the cops, who took our statements and gave us Band-Aids.

Afterward, we told nobody else. We didn't want to weather the skepticism or face the fact that we'd skirted something more sinister. We barely talked about it to one another. Soon, I began to doubt what happened. I told myself that memory has a way of distorting reality. I'd known that to be true in other situations, so why couldn't it be true in this case? Maybe this man had been trying to skinny-dip. Maybe we'd interfered with his plan to relax. Maybe he was off somewhere laughing hysterically, chugging beers while telling his buddies about our misplaced horror.

Never mind that nobody went swimming in that river. Not that I'd ever seen.

A month ago, as news of Harvey Weinstein's sexual assault allegations roiled news cycles, I found myself in New Mexico, sitting around a fire with a bunch of women in the middle of the woods on a writer's retreat.

I'm not usually the type to correlate what's happening in the celestial world — full moon, half moon, fingernail-clipping moon — to what's happening with me. But in this moment, with the logs crackling, I couldn't help myself.

"I'm so grateful to be in this space of women," I blurted out, starting to cry a little. "I feel like I've been gaslighting myself for months."

I'd meant my entire life, but I didn't say that.

People use "gaslighting" to refer to those times when a man makes a woman believe she's crazy. He manipulates her, turning what she knows to be true into what she thinks to be true until, in her mind, it is no longer true at all.

Women don't often apply it to ourselves.

My new moon pledge to stop gaslighting myself was about the slew of sexual harassment I'd encountered throughout my life that I'd learned to discount. The assaults, the gropings, the unwanted invitations, the catcalls, the glances. I was referring to how, for many of the things that happened to me, like that day by the Connecticut River more than a decade ago, I'd been conditioned to believe that my first instinct — to bristle, to snap back — was an overreaction. Maybe even unfair.

Gaslight is a 1944 movie (originally a play) starring Ingrid Bergman. I watched it for the first time last week.

Bergman plays a woman, Paula, whose husband, Gregory, slowly convinces her that she's imagining things. He sows the seeds of doubt methodically, trying to build a case so he can commit her to an insane asylum and steal her family's fortune. He tells her that the gas lamps in their house aren't actually flickering, though she sees them flutter; that she's hearing noises in the attic that aren't there. He claims he has lost his watch, accuses Paula of stealing it, and becomes incensed when he "discovers" it in her purse.

In a particularly creepy scene, he corners her on the stairs and tells her she's "losing [her] wits."

In that moment, Paula clings to what she knows to be true. But it's a losing battle. Gregory is making the gas lamps flicker himself. He is the one tromping around the attic. He planted the watch in her bag. But he doesn't let her know. He undermines her again and again and again until she has no choice but to exchange her truth for his lies.

I watched the movie because I'd learned that it was the inspiration for the expression "gaslighting." I wanted to know if I was using the word the right way; if I'd somehow betrayed something by applying it to myself. I wanted to know what of the movie resonated with me.

Mostly, I wanted to know what happened! It was a popular movie, after all.

Gaslighting has always been a thing, even before the play and movie gave it a name. Though the movie came out in 1944, it took years before the word traveled from sitcoms to psychotherapy and then to people's everyday conversations, as linguists like Ben Zimmer and Ben Yagoda point out. I wonder, though: How did women exist in a world where the term gaslighting did not? How did we convey the quiet way we've been discredited by men? How did we describe that feeling that our truth had been taken from us?

Paula is saved from a trip to the asylum when a man, a plucky detective type, becomes suspicious of her husband and convinces her that she is not delusional. The plot is basically this: A man damages a woman, a woman believes him, and yet another man has to tell her she is OK.

I'm sure there's plenty of academic literature on the movie that I should read. But my first reaction was discomfort. I couldn't tell, and still can't, if I found this movie to be a hopeful display of mid-20th century "allyship," or a depressing example of male savior syndrome.

Maybe it was just another Hollywood example of a woman's inability to rescue herself.

I want to rescue myself. 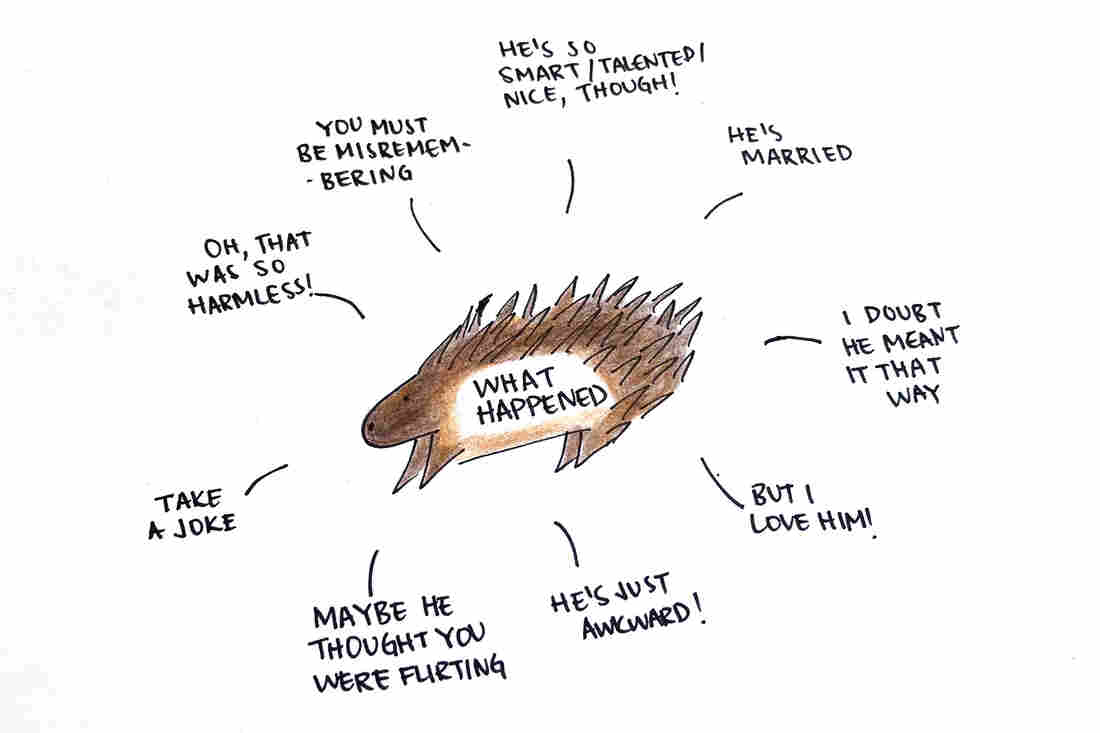 Women are taught to question our realities when we are young. Kat Chow/NPR hide caption 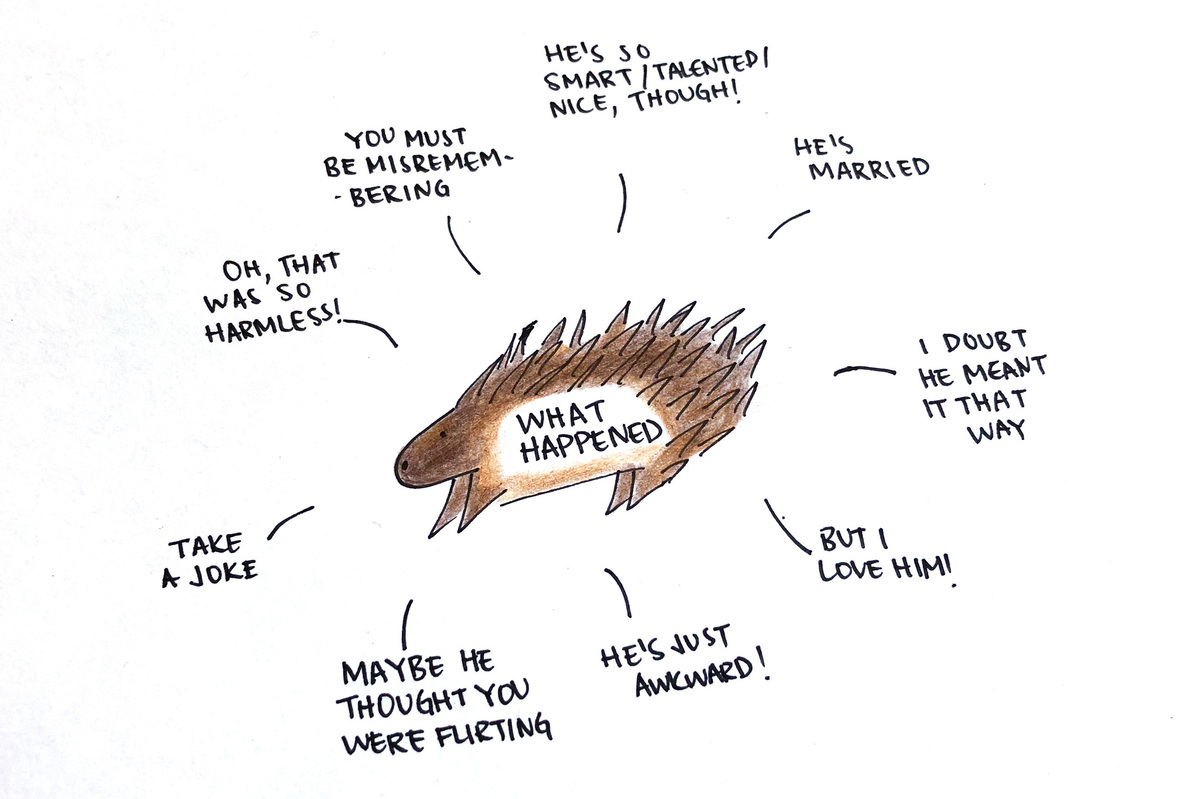 Women are taught to question our realities when we are young.

It's easy to write off what happens to us women as nonsense. Even now, as I think about what happened by the Connecticut River, I think, oh, it was pretty minor. I feel sheepish even resurrecting the memory, having experienced and read about much worse.

But I share it to say that women are taught to question our realities when we are young: He was only trying to be nice. He's just awkward. You're too uptight. We take on that instruction so studiously that we learn to do the work of inflicting doubt on ourselves. We can plant those seeds in our minds: Maybe I'm just being hypersensitive. Or: Maybe it didn't happen as I remember. Or: Maybe it was all in my head.

Recently, as news reports exposed sexual harassers at my own workplace, it brought back my own catalog of stories. And I wasn't alone. I took solace in the women around me as we debated how to deal with what happened to us; how to deal with men we could no longer trust. Interactions that I'd written off as minor or just stupid became parts of larger, more grotesque patterns of behavior that left me unsettled.

As I heard women share accounts of ill-intentioned invitations, advances and abuses, I thought about the intentions I'd shared in the woods to stop second-guessing myself. There is strength now in women helping one another snatch back the confidence to tell their stories.

There was recently a new moon. Another chance to announce my intentions, to set my charge: