Accessibility links
Idaho Dims The Lights For One Of The Best Night Skies Anywhere Central Idaho hopes to land on a very short list of the best places on Earth to see the Milky Way at night. 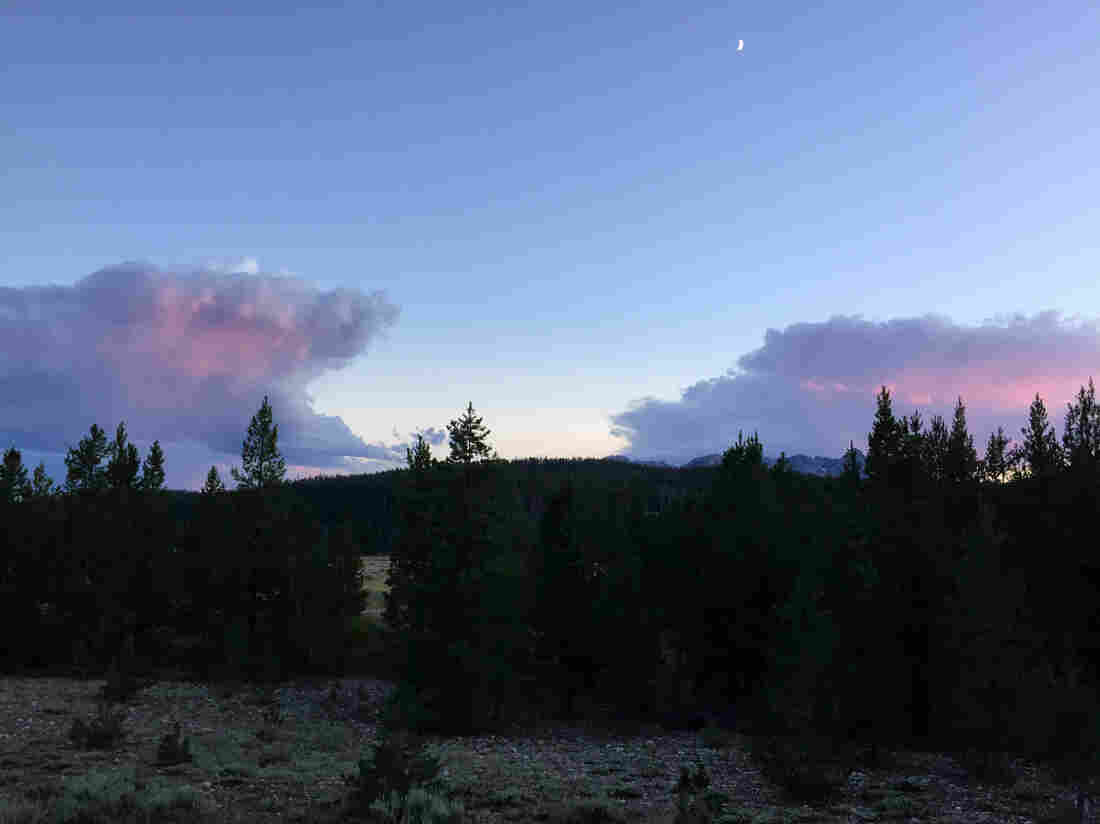 The moon is high as twilight descends on the hills and woods on the outskirts of the small Idaho mountain town of Stanley. On a clear night, the galactic dust of the Milky Way is visible overhead. Matt Guilhem/Boise State Public Radio hide caption 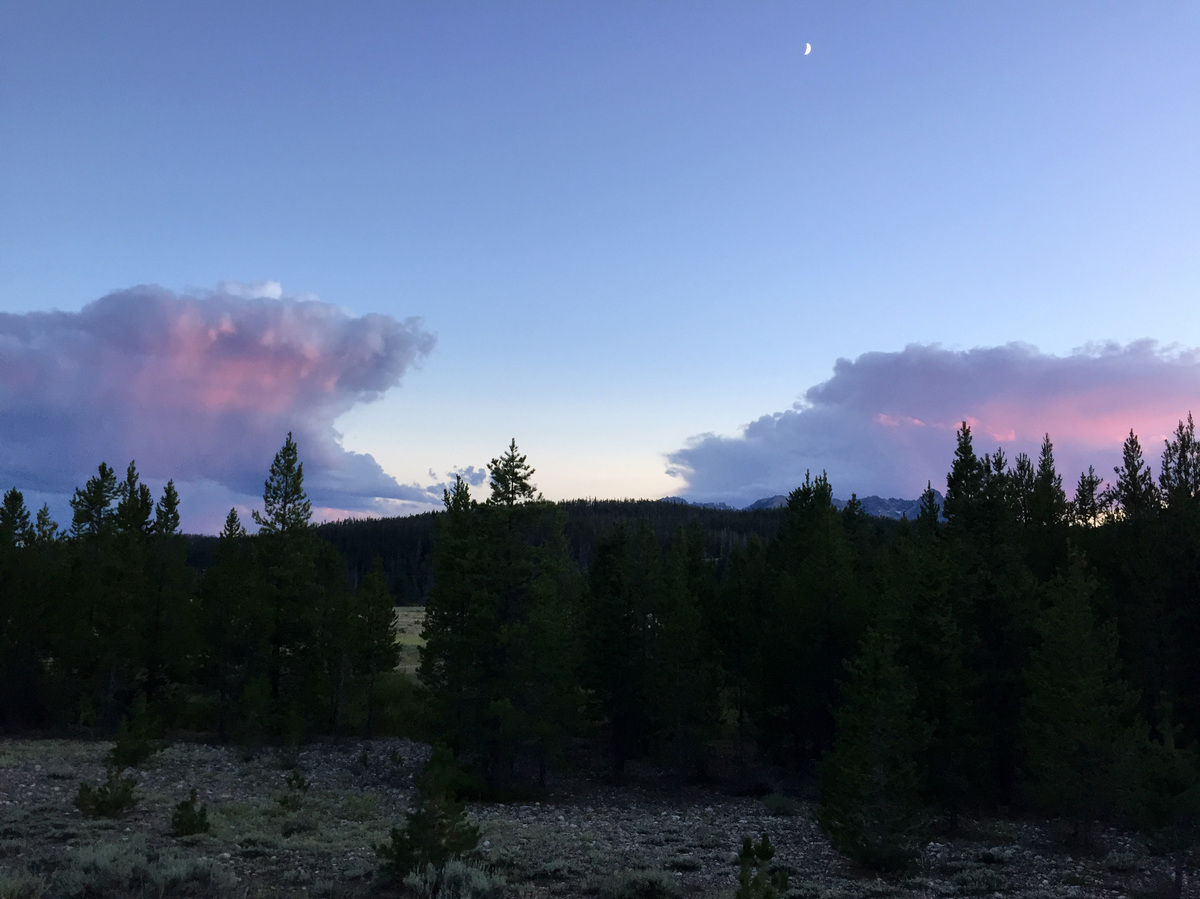 The moon is high as twilight descends on the hills and woods on the outskirts of the small Idaho mountain town of Stanley. On a clear night, the galactic dust of the Milky Way is visible overhead.

In a high mountain valley in central Idaho over 6,000 feet in elevation, the last hint of a glow from sun fades in the western sky. The conditions are perfect as Steve Botti, an astronomy enthusiast and city councilman for the tiny town of Stanley, holds his sky quality meter to the heavens. There are no clouds, and the moon has dipped behind the craggy Sawtooth Mountains as he assesses the darkness of the sky with the little device that looks like a pager.

His arm extended and his head snugly wrapped in a beanie, Botti says, "A reading of 21.75 or higher is considered by the dark sky association to be exceptionally dark."

On a clear night here you can see the purple cloud of the Milky Way stretched across the sky. The rare sight is possible because people are making an effort to keep the night sky dark. Dark enough, they hope, to earn a seal of approval from the International Dark-Sky Association.

Botti pushes a button and the device momentarily pauses; then, several computer beeps sound. A number in red appears on the small machine's display. "21.76!" Botti announces.

With the darkest dark being 22 magnitudes per square arc second, the sky just outside town is pristine. The region surrounding the outpost would be part of a proposed Central Idaho Dark Sky Reserve — the first of its kind in the U.S.

Botti has been leading the charge for the Idaho reserve for two years. Standing under the sea of twinkling stars, he says to get a similar view, you'd have to travel — far.

"Well, there's a dark sky reserve in Namibia in southern Africa, which is very remote," he says. "It's a desert region, no cities close by."

It's one of just 11 reserves around the world recognized for the quality and depth of the darkness. Some of the others are in New Zealand, the United Kingdom and Germany.

Out of the five categories the International Dark-Sky Association recognizes, John Barentine, the association's program manager, says a reserve is the most difficult status to achieve. The Arizona-based group vets and credentials exceptionally dark locales.

In the case of central Idaho's bid for a reserve, Barentine didn't seek out the people in one of the darkest places left in the Lower 48 states.

"It was some folks from Stanley — they told me that they view the nighttime darkness, and you know, the ability to see the Milky Way, as something that is definitive of their part of the state and their part of the country," says Barentine. 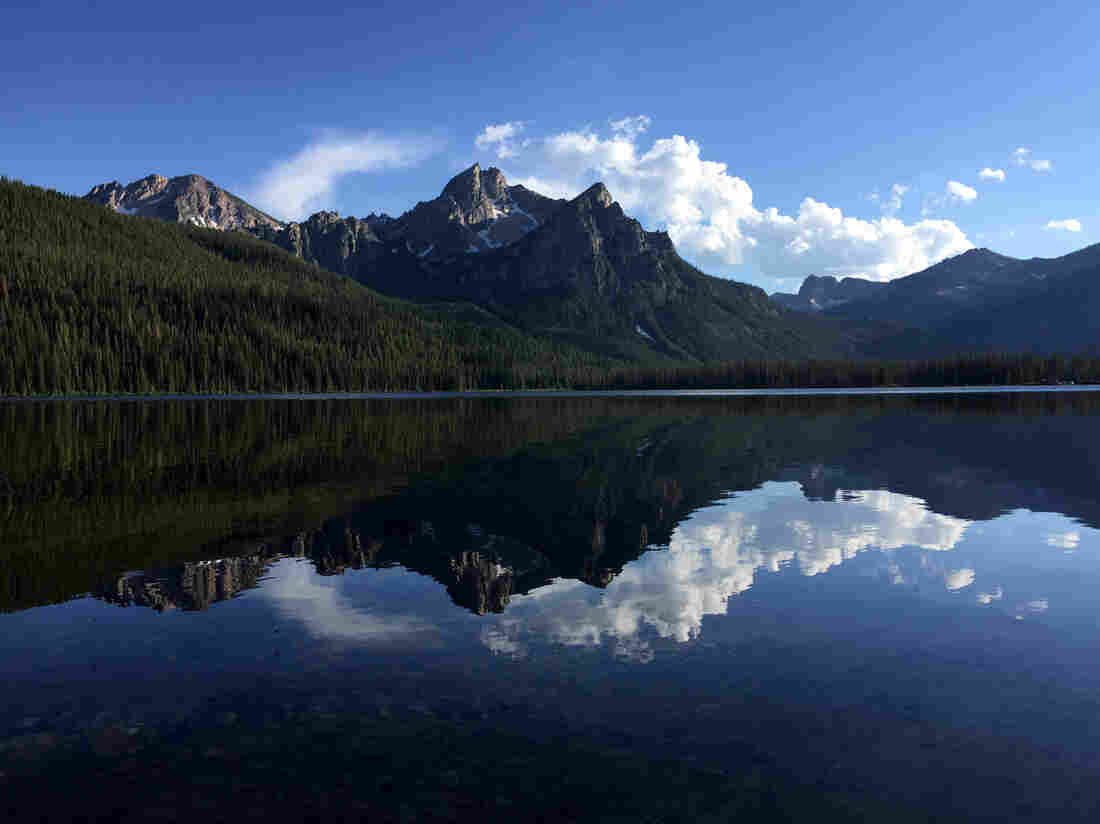 Stanley Lake lake sits at an elevation of about 6,500 feet. Isolated from big cities and surrounded by mountains, the area is one of the darkest regions left in the Lower 48 states. Matt Guilhem/Boise State Public Radio hide caption 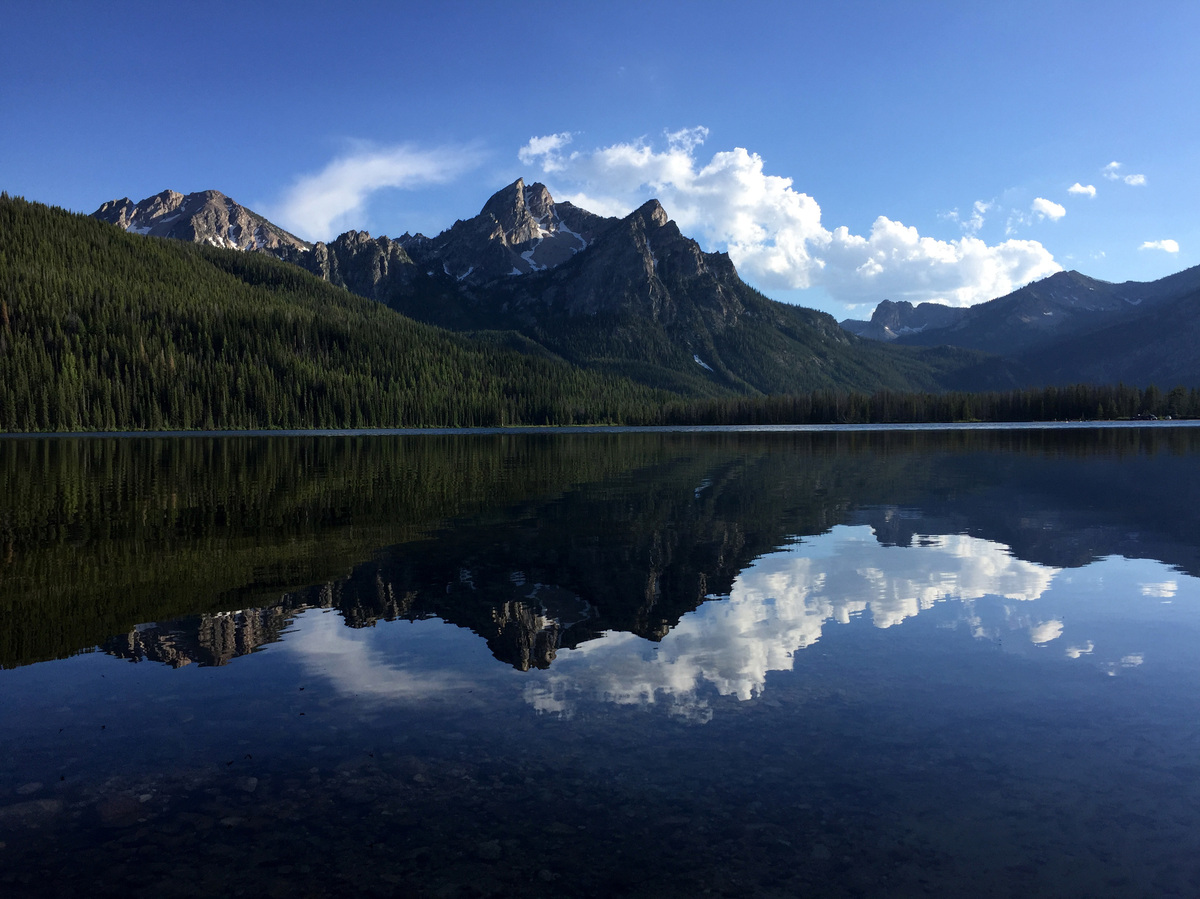 Stanley Lake lake sits at an elevation of about 6,500 feet. Isolated from big cities and surrounded by mountains, the area is one of the darkest regions left in the Lower 48 states.

About 50 miles southeast of Stanley, on the other side of a high mountain pass, is Ketchum — a resort town that was also the final home of Ernest Hemingway.

After enacting its first ordinance to curb light pollution and protect the sky in 1999, Ketchum was recognized by the international association in October as an official Dark Sky Community.

When she is not the mayor of Ketchum, Nina Jonas is working away at the Asian street food restaurant she runs with her husband, who is the chef. As she begins prepping for the nightly wave of diners, Jonas ticks off some of the very specific criteria for the official Dark Sky Community recognition.

"Well, you can't have any light going straight up," she says, "so you have to have a cap on your light shining it down. Then you get into the argument of lumens, wattage, foot-candles, so ... brightness, let's just call it brightness. There's a brightness degree, and then there's also a color degree."

There are a lot of rules.

Leaving the local market with a few groceries on a chilly afternoon is Judy Berg. She and her husband have lived in Ketchum for 25 years. While it might seem burdensome, Berg says following the dark sky ordinance has become second nature to residents.

"Everybody seems to comply with it," Berg says. "I think the ones who don't are people who just move here and aren't familiar with it — haven't lived with it. When they realize how nice it is, then they're compliant."

The head of the city's planning and building department says during his three years on the job, the city hasn't issued a single citation for lights out of compliance.

Soon, all the paperwork and all the measurements that have gone in to applying for the seal of approval for central Idaho's star-streaked sky could pay off. A designated dark sky reserve could bring a whole new crowd of celestial tourists. The International Dark-Sky Association is expected to make a decision about central Idaho by the end of the year.