Accessibility links
Montana Monument May Expand Under Trump Administration An area sacred to the Blackfeet tribe could become a national monument in the home state of Donald Trump's secretary of the interior. 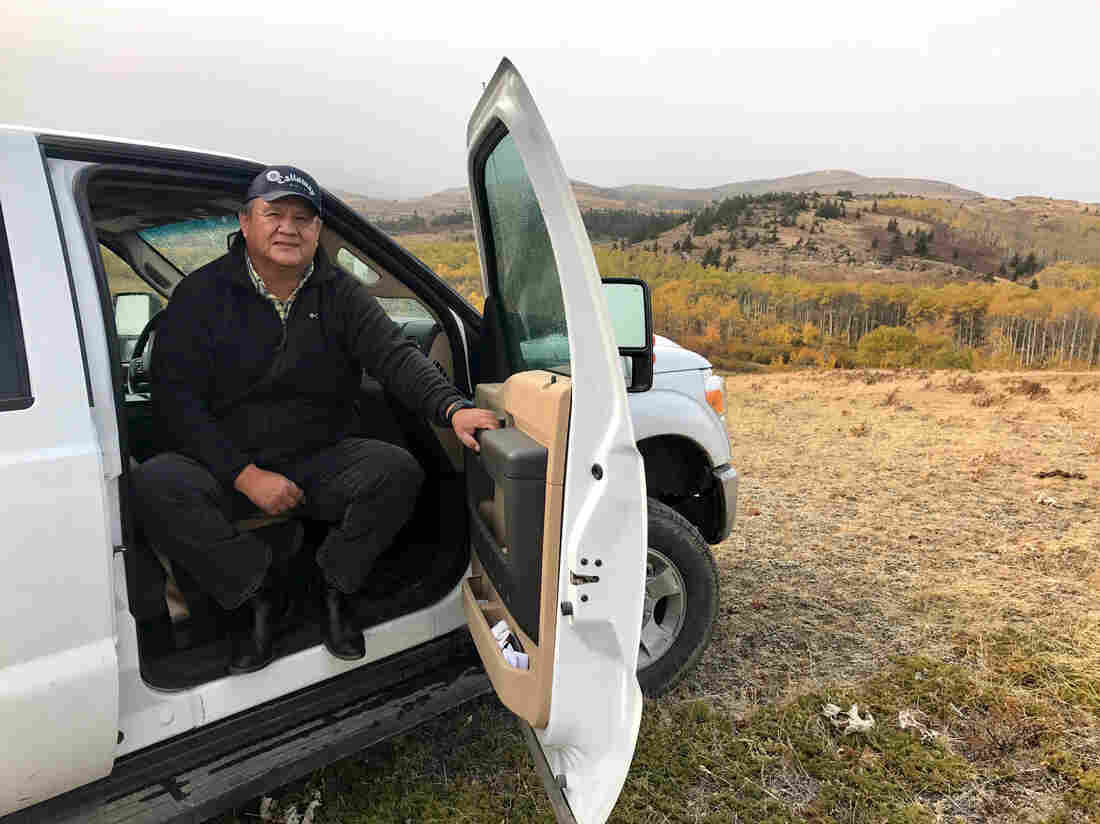 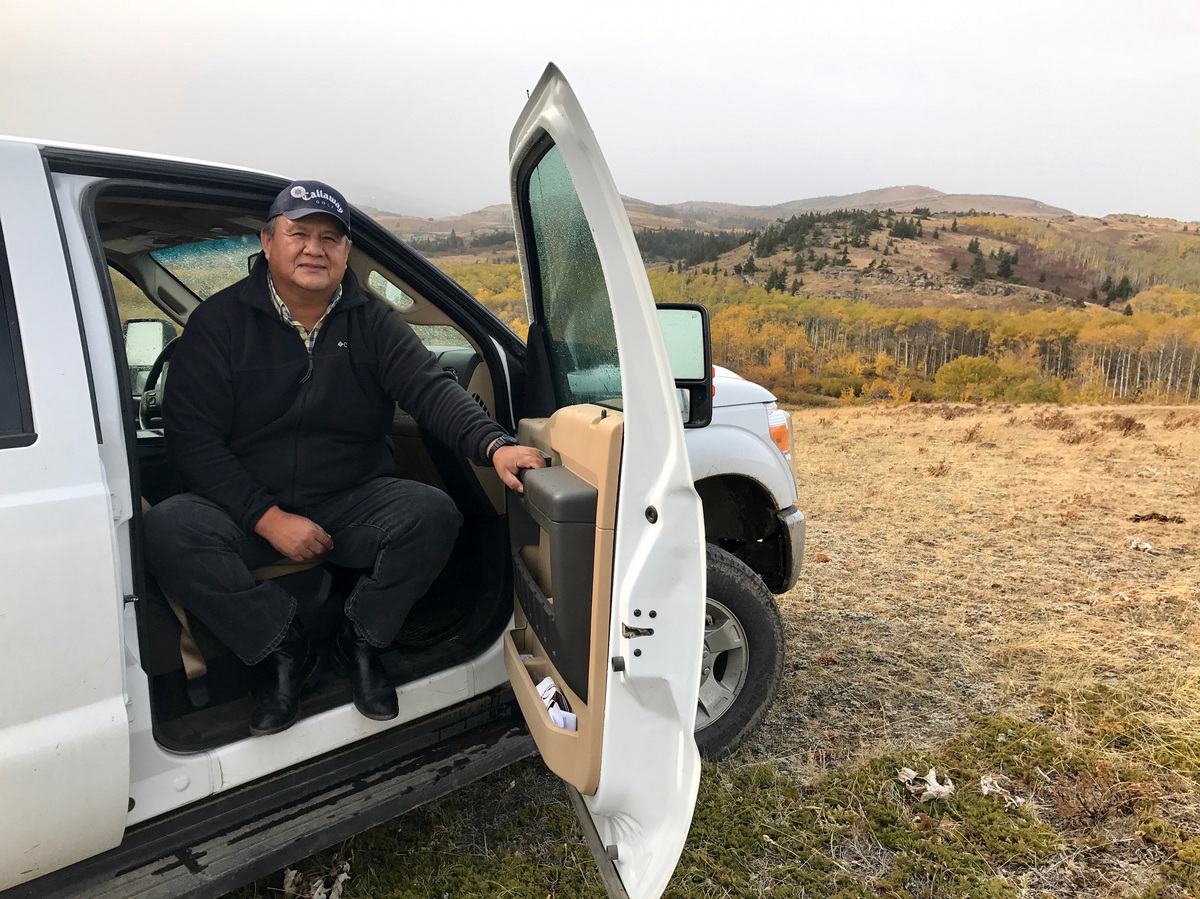 Blackfeet tribal council member Roland Kennerly sits at the edge of the Badger-Two Medicine area near the Blackfeet Reservation.

Huddled behind his white pickup truck in northwestern Montana, Roland Kennerly stuffs his hands into his coat pockets.

The road had turned into a muddy slop leading towards a pocket of socked-in mountains and roadless grassland known as the Badger-Two Medicine area.

"You can only get in there by walking or by horseback, so it keeps it in its natural state," Kennerly says. "I hope it stays that way, for my kids and my kids' kids."

Badger Two-Medicine is sacred to Kennerly's tribe, the Blackfeet Nation. It's part of their creation story. This summer Interior Secretary Ryan Zinke recommended it become a new national monument, and President Donald Trump is expected to announce decisions about monuments in December.

That designation would protect more than 200 square miles of federal land from any future oil and gas development.

But Trump called these large monuments "massive federal land grabs" by his Democratic predecessors, and Zinke recommended the president reduce the size of some of those monuments, including Bear's Ears in Utah and Gold Butte in Nevada.

The interior secretary has yet to comment publicly on the newly proposed monument, and his spokesperson said the department has nothing new to say about it.

So the recommendation has a lot of people scratching their heads.

Sitting in his office in Browning, Montana, Blackfeet tribal chairman Harry Barnes chalked the proposed monument up to kinship.

Zinke is a former Montana congressman who grew up in Whitefish, Mont., a couple of hours west of the reservation. He even played high school basketball against the Blackfeet Nation.

"This guy played basketball against him, although now he has to change his story," he says. "He was telling me before, 'Oh yeah, we used to whip Whitefish's ass all the time.' "

Nowadays, Kennerly puts it more diplomatically and says he simply used to play against Zinke.

When the congressman became interior secretary, the first place he visited was Glacier National Park, inviting the Blackfeet to join him for a prayer.

But Land Tawney, president of the Montana-based sportsmen's group Backcountry Hunters and Anglers, says it felt like Zinke was proposing a new national monument for more politically ambitious reasons.

"I think the secretary has talked about wanting to come back to Montana after he's done being secretary and potentially run for governor," Tawney says.

Those proposals imply Zinke has protected public lands in his home state, according to Tawney.

"I think the people of Montana hold our special places very near and dear," he says. "If you do not protect those places I think it's a political nightmare for you in this state."

David Parker, a political scientist at Montana State University, says Zinke may even want to run for president some day.

"Whatever his ambitions are, Montana is important to that moving forward," Parker says. "You can't say you're going to be on a national stage and be a serious candidate if you don't have strong support in your home state."

Zinke's political ambitions didn't really matter to Barnes. In fact, just having a Montanan in Trump's cabinet was good enough.

"If we can get a friend in there that'll do us a solid now and again, great," Barnes says. "Because that's something we don't normally see."