Accessibility links
Bookseller's Foray Into Hollywood Is A Dickens Of A Tale Mitch Kaplan runs Books & Books in Miami, and helped start the popular Miami Book Fair. Now, he's making movies based on books, like the new Charles Dickens biopic The Man Who Invented Christmas. 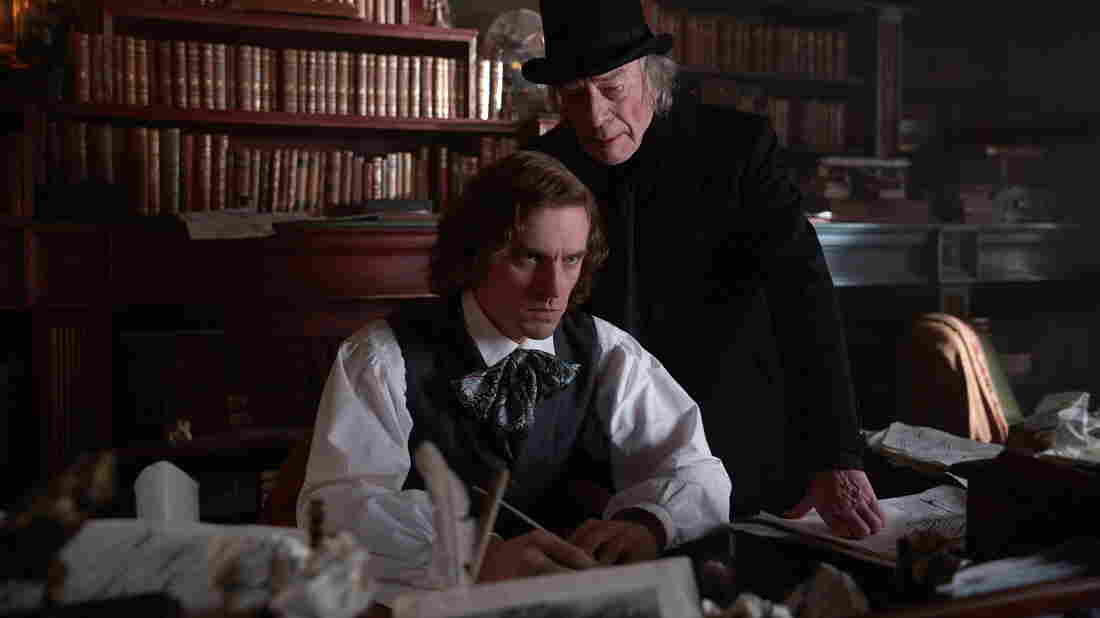 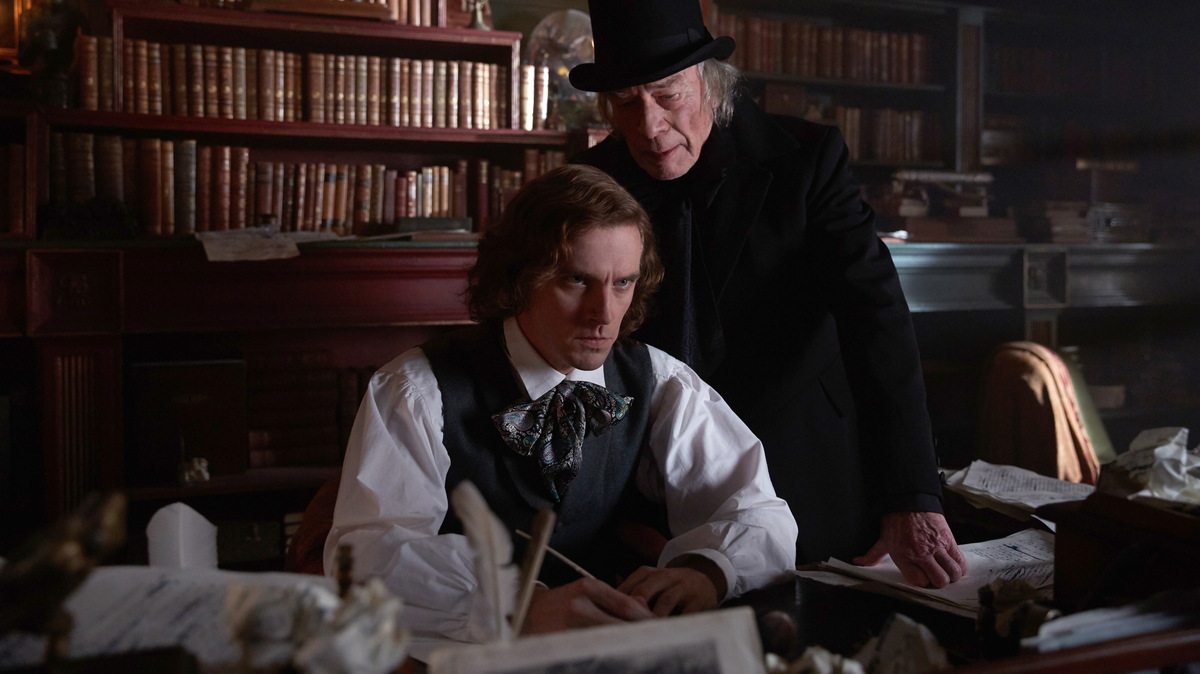 Dan Stevens as Charles Dickens and Christopher Plummer as Ebenezer Scrooge in The Man Who Invented Christmas.

Among the many movies opening for the holidays is one with a new take on an old story. The Man Who Invented Christmas, starring Dan Stevens and Christopher Plummer, is about Charles Dickens and the creation of A Christmas Carol. It's a distinctly literary tale — which isn't surprising, since one of the film's producers is a well known bookseller taking his first dip in the world of film.

Mitch Kaplan has a high profile in the book business as the owner of Books & Books in Miami, and one of the founders of the very popular Miami Book Fair. But when he made the leap from bookselling to moviemaking, his producing partner Paula Mazur says, he was just a tad over-eager.

"I would wake up in the morning when we started working together, and in my inbox there would be: 'Whaddya think of this? This could be good for TV, how about this for a feature, I think this would attract a top director,' Mitch kind of shooting stuff out to me."

'The Man Who Invented Christmas' Is Half History, Half Humbug

Mazur says it didn't take long to see that Kaplan has good instincts for books that could make good movies. And with his connections in publishing, it was easy to get an inside track on new releases. But, Kaplan soon learned, you can't always get what you want.

"Very early on I was given a galley of a book," he says, "and I read it and I fell in love with it on the plane. And I gave it to my — at the time they were 12 years old, twins — and they both fell in love with it. And I started chasing the agent, and Paula did too, and we thought this would make a great film. And of course it was The Hunger Games."

Which of course went on to become both a blockbuster book and film series — way out of Mazur and Kaplan's league. The Man Who Invented Christmas is their first full length feature release, based on a book about a famous author. When the movie opens Charles Dickens is trying to reconcile his newfound fame with a massive case of writer's block. And, says Mazur, he is running up some big debts.

"We see him as a 31-year-old literary rock star. He was just a really big deal by the time he was 30, and when we see him, he's gotten a bigger house. He's taking everything out, and he's putting in marble and brocade and all sorts of things, spending lots of money that he doesn't have."

Desperate to come up with a money-making idea, Dickens pitches a proposal for a Christmas book to his skeptical publishers. Their resistance starts his imagination clicking, and everywhere he goes finds inspiration for the book. His characters begin coming to life, dictating the way the story should go. Robert Mickelson, another producer on the film, says that's the way Dickens actually wrote.

I feel like I'm taking what I do as a bookseller — which is basically turning people onto story and then reinterpreting it so they can have a different experience.

"Dickens would be upstairs in his study, and take on the voices of all the different characters and make these faces in the mirror, and almost become the characters as he's writing," Mickelson says. "We heard that from several people and that became the sort of this jumping-off point to kind of create this magical realism that we have in the movie."

And of course, says Mitch Kaplan, one character stands out above all others. "We immediately knew that we wanted to tell this story through the eyes of Dickens, and also tell Dickens's backstory at the same time. And what better way to do it then to have him being led by another guide, the guide that he created — which was Scrooge."

Kaplan says he is eager to bring more books to life on screen. He's not leaving bookselling behind, but he is enjoying his second career. "I feel like I'm developing a new muscle. I feel like I'm taking what I do as a bookseller — which is basically turning people onto story and then reinterpreting it so they can have a different experience."

As for Kaplan's partner Paula Mazur, she started off thinking a partnerhsip between a bookseller and a film producer might be an odd thing. Now she says, it seems like a great pairing. Their next film, The Guernsey Literary and Potato Peel Pie Society, is out in April.