Accessibility links
Irish Border Problem Frustrates Brexit Trade Negotiations The U.K. is facing a deadline ahead of a Brexit trade summit next month to find a solution to the Irish border, which has been fluid since Northern Ireland made peace with the Irish Republic in 1998. 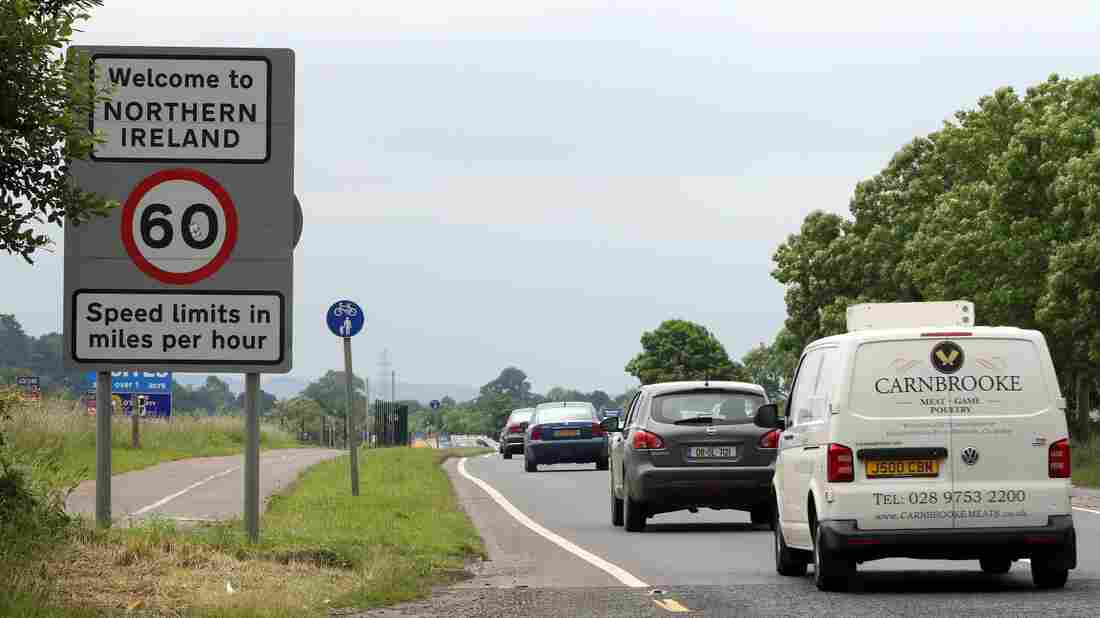 Cars cross the fluid border between Ireland and Northern Ireland in Donegal, Ireland, on June 25, 2016. The result of Britain's referendum vote to leave the European Union has ignited a debate over whether the border will need to establish customs checks and tariffs. Paul Faith /AFP/Getty Images hide caption 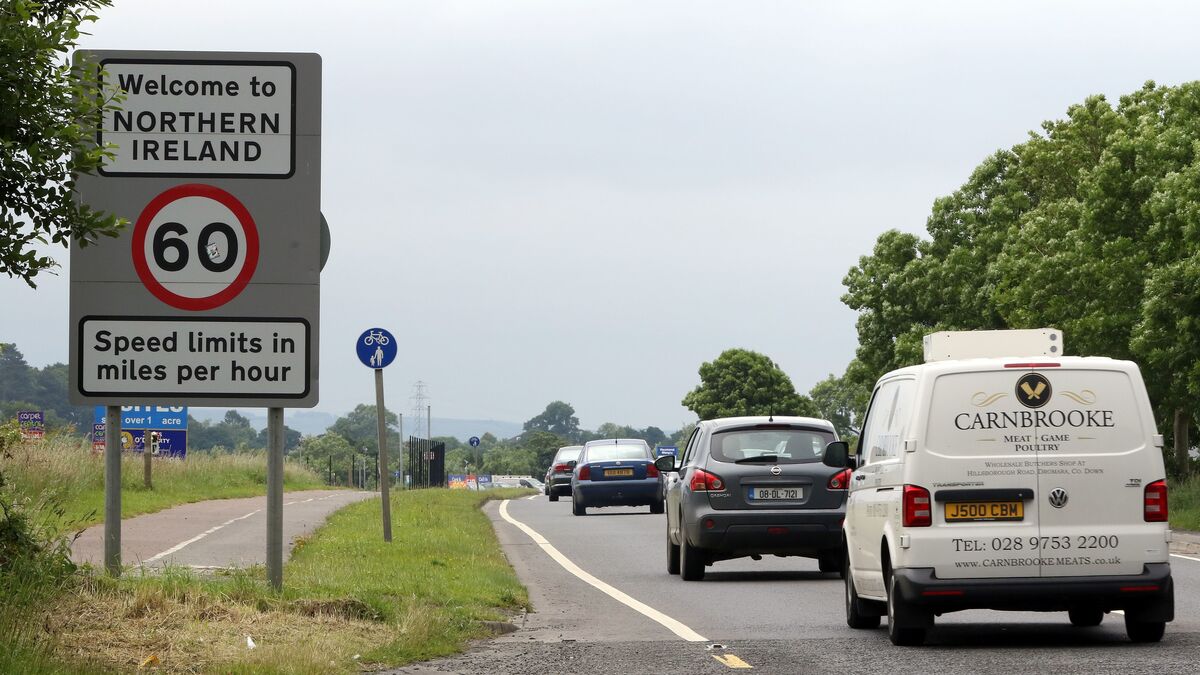 Cars cross the fluid border between Ireland and Northern Ireland in Donegal, Ireland, on June 25, 2016. The result of Britain's referendum vote to leave the European Union has ignited a debate over whether the border will need to establish customs checks and tariffs.

The Irish border has emerged as perhaps the most intractable stumbling block in the United Kingdom's plan to leave the European Union as Prime Minister Theresa May faces a deadline to devise a solution ahead of a Brexit summit next month.

The potential return to a "hard border," with tightly controlled customs posts, between Northern Ireland, which is part of the U.K., and the Republic of Ireland to the south is sparking fears of renewed political violence. Since the 1998 Good Friday Agreement ended the island's bloody sectarian conflict, people and goods have flown freely across the international border separating the two countries.

"Perhaps in other countries this might not be a problem, but given the history of problems and tensions, and given the nature of the peace agreements in Northern Ireland, this is a real whopper," he says. "Neither London nor Dublin want this. Nobody wants it. People are saying, 'Yeah, yeah we can't have a hard border.' But here's the problem: it's just a question of international law."

If the U.K. leaves the EU as it intends to do in 2019, it will also leave the EU customs union and single market, Watson explains. The Irish Republic will then be responsible for collecting customs duties on behalf of the EU.

The EU has said "sufficient progress" has to be made on the border issue before Brexit trade negotiations can move forward. But on Sunday, U.K. International Trade Secretary Liam Fox said there can be no agreement on the Irish border until the two sides reach a trade deal.

"We don't want there to be a hard border, but the U.K. is going to be leaving the customs union and the single market," Fox told Sky News. "We can't come to a final answer to the Irish question until we get an idea of the end state. And until we get into discussions with the EU on the end state, that will be very difficult. So the quicker we can do that the better, and we are still in a position where the EU doesn't want to do that."

The Irish government is requesting a written guarantee that there will be no hard border with Northern Ireland, which officials say can only be achieved by keeping the north within the single market and customs union. While some EU leaders also support this idea, leaders in Northern Ireland have resisted it.

British Labour Party politician Kate Hoey, who is pro-Brexit, drew comparisons to President Trump when she suggested on Monday that the Republic of Ireland would have to pay for a physical border if no deal is reached.

"After all, we are a friend of the Republic of Ireland, the relations have never been as good and yet on this issue it seems like they're more concerned with keeping the rest of the EU satisfied than actually looking at concrete, positive proposals, " she told BBC Radio 4. "If it ends up with a no deal, we won't be putting up the border; they'll have to pay for it because it doesn't need to happen."

The border standoff could reignite tensions in Northern Ireland, where there has been nearly two decades of peace after an ethno-nationalist conflict between Catholics and Protestants. The prolonged fighting known as "The Troubles" claimed more than 3,600 lives.

Many are concerned a hardened border could serve as a symbol of those political divisions, Cathy Gormley-Heenan, a professor of politics at Ulster University, told NPR in an interview earlier this month.

"The most important border is the border in people's minds, the border that actually makes people think that they're different from their neighbor and their friend," she said. "So both the EU and the Good Friday Agreement took the border out of Irish politics, and the referendum result put it right in at the heart of Irish politics again."

"The British government because of its own internal divisions has yet to decide on absolutely the most critical thing ... and that is, what on Earth should Britain's future relationship with the European Union be?" he says. "An awful lot of Britain's partners in Europe are saying, 'For goodness sake, just figure out what it is you want, and then we'll try and do some business."