Accessibility links
Sexual Harassment Cases Often Rejected By Courts Allegations of sexual harassment often sound like they would make a good lawsuit, but many such cases are quickly dismissed. The law sets a high bar for what constitutes sexual harassment. 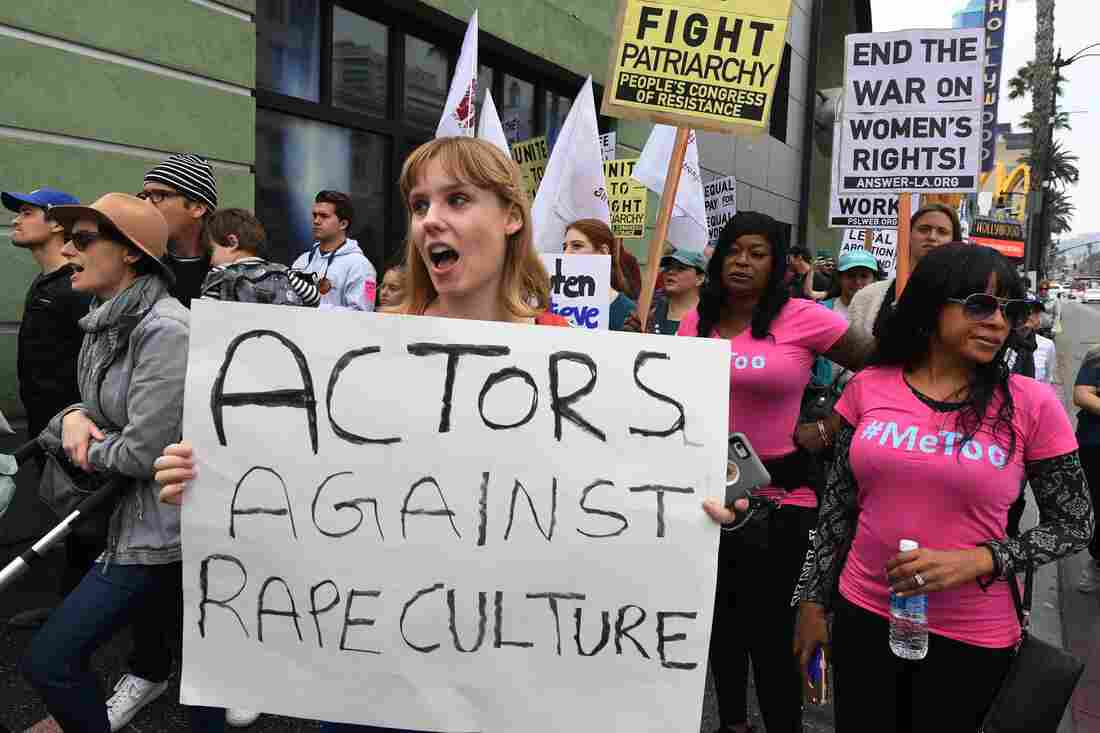 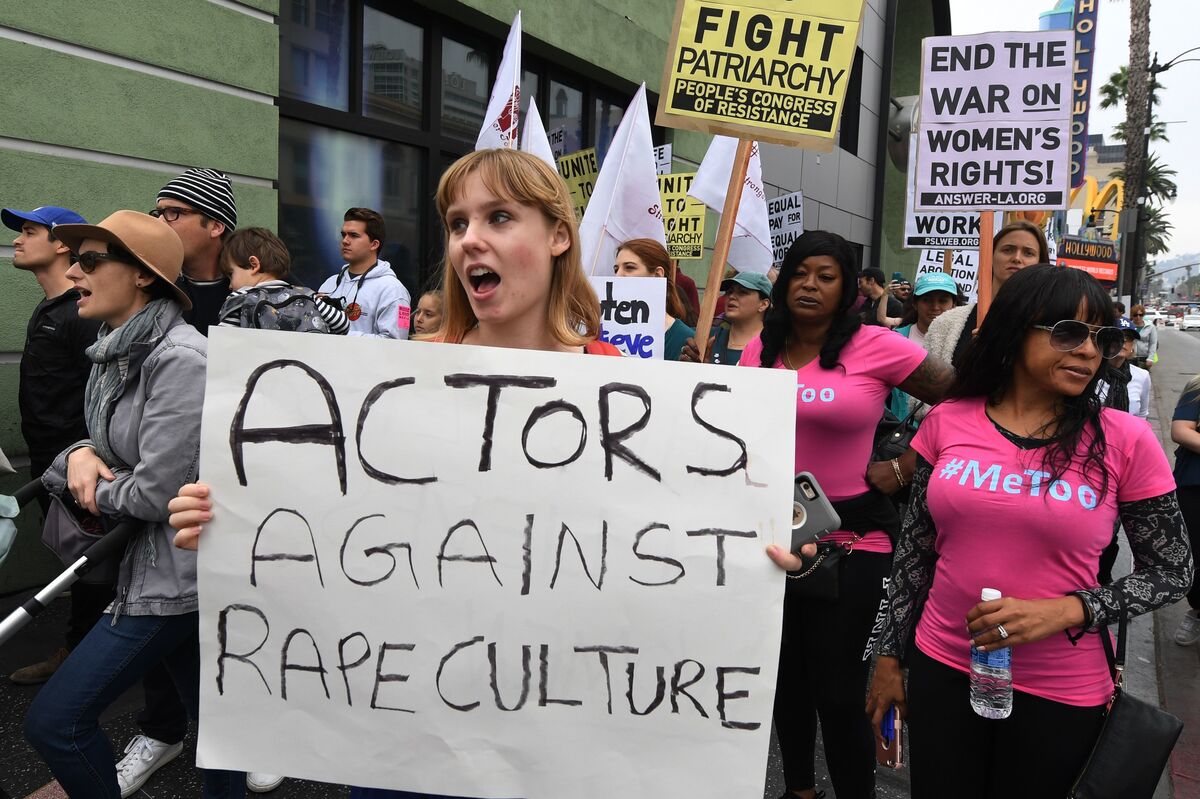 Victims of sexual harassment, sexual assault, sexual abuse and their supporters protest during a #MeToo march in Hollywood, Calif., on Nov. 12.

Many actors, politicians and executives, including at NPR, are now facing sexual-harassment allegations in the court of public opinion.

But in actual courts, such cases filed by workers against their employers are very often dismissed by judges. The standard for harassment under the law is high, and only an estimated 3 percent to 6 percent of the cases ever make it to trial.

That stands in stark contrast to the large pool of people who say they have experienced sexual harassment. In surveys, a quarter to half of women say they've experienced sexual harassment at work. But only a small fraction — estimates range around 5 to 15 percent of women — report their complaints to their employers, largely due to fear of retaliation.

University of Cincinnati professor Sandra Sperino has read roughly 1,000 sexual-harassment cases that were dismissed before they went to trial.

"You'll see case after case where a woman was groped at work and the court will dismiss the case as a matter of law, finding that's not sexual harassment," Sperino says.

In a 1986 decision, the Supreme Court said the behavior needs to be "severe or pervasive" in order to qualify as harassment, whether it's on the basis of sex or race. Sperino says judges' interpretations of what qualifies are out of step with common sense and standard office policies. She cites one typical case, for example, which involved a male supervisor harassing a construction worker.

"[The supervisor] told the plaintiff, 'Hey handsome, come here and sit in my lap,' talked about raping the worker multiple times, talked about his genitals," among other, worse offenses, Sperino says. "The court dismissed the case."

"What you have to prove is that somebody is acting with intention, so that's a much higher standard," which leads to more pretrial dismissals, she says.

There is no central database tracking employment-discrimination cases, but Nielsen's random sampling of cases showed half of cases settle out of court and another 37 percent were dismissed pretrial. She says those included "ones where people would go, 'Oh my God, you get to grope five times and it's still not sexual harassment?' "

Some judges downgrade an offense if the groping didn't result in direct skin contact. Or, if there is no proof the victim objected to the sexual advances. These opinions became calcified in law, because both state and federal trial court judges would cite them as precedent for subsequent case dismissals. Only 2 percent of plaintiffs win, Nielsen's data shows.

"Courts have really required the situation to be pretty hellish before they'll find it actionable," says Deborah Rhode, director of Stanford's Center on the Legal Profession.

She says judges often are older and male, and lack an understanding of the emotional, psychological and professional damage harassment can do. "So it's men behaving badly on the bench, and in the office," Rhode says.

But, times are changing, and with it, views on harassment.

"Often times it takes a kind of cultural consciousness raising moment like the one that we're having now to force a reevaluation of standards," Rhode says.

"Everything that we've seen on the #MeToo hashtag suggests that there's a lot of pent-up fury out there, and more of these women I think are going to seek legal recourse and attorneys in this social climate are going to think they're more likely to win and get substantial damages," she says.

Freking says he only takes cases that have a decent shot at winning, and warns his clients that even the strongest cases always have a good chance of getting dismissed. And the emotional cost can run high.

"Very few people realize that judges just have this power to toss cases out, despite the fact that the Constitution has a right to a trial by jury," Freking says. "And for a woman who has been sexually harassed, and been victimized by their employer like that, and then just have that OK'd by some federal judge? It just absolutely rocks your world."