Accessibility links
In 'Disaster Artist,' James Franco And Seth Rogen Honor A Hilariously Bad Cult Hit "Very few things are funnier than a bunch of people ... treating something with very high stakes that is ultimately incredibly dumb," Rogen says. His new film is about the making of The Room. 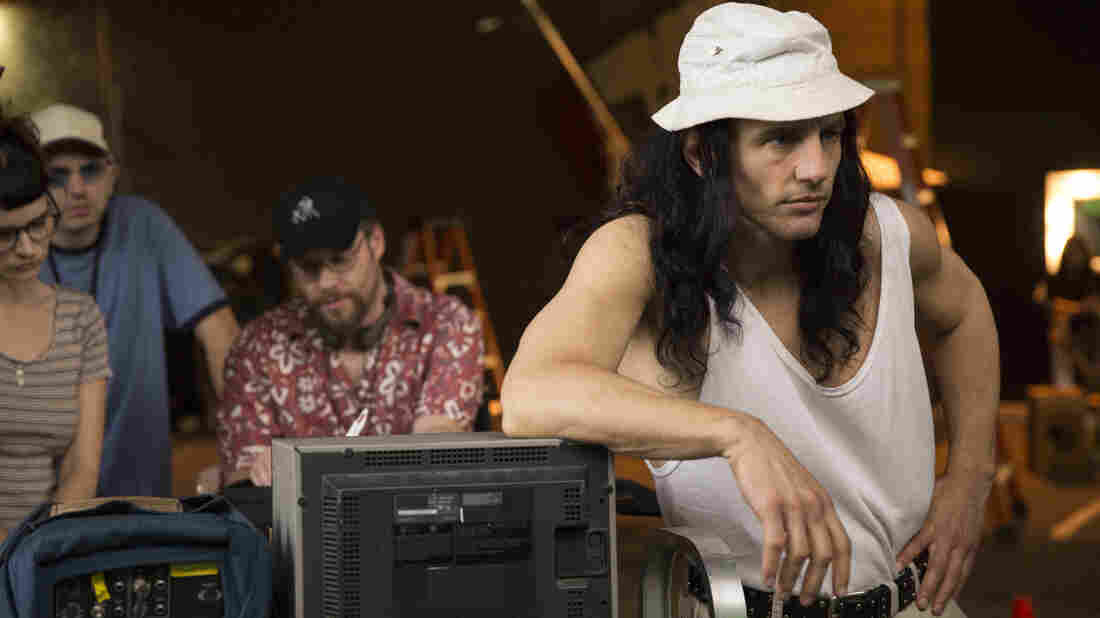 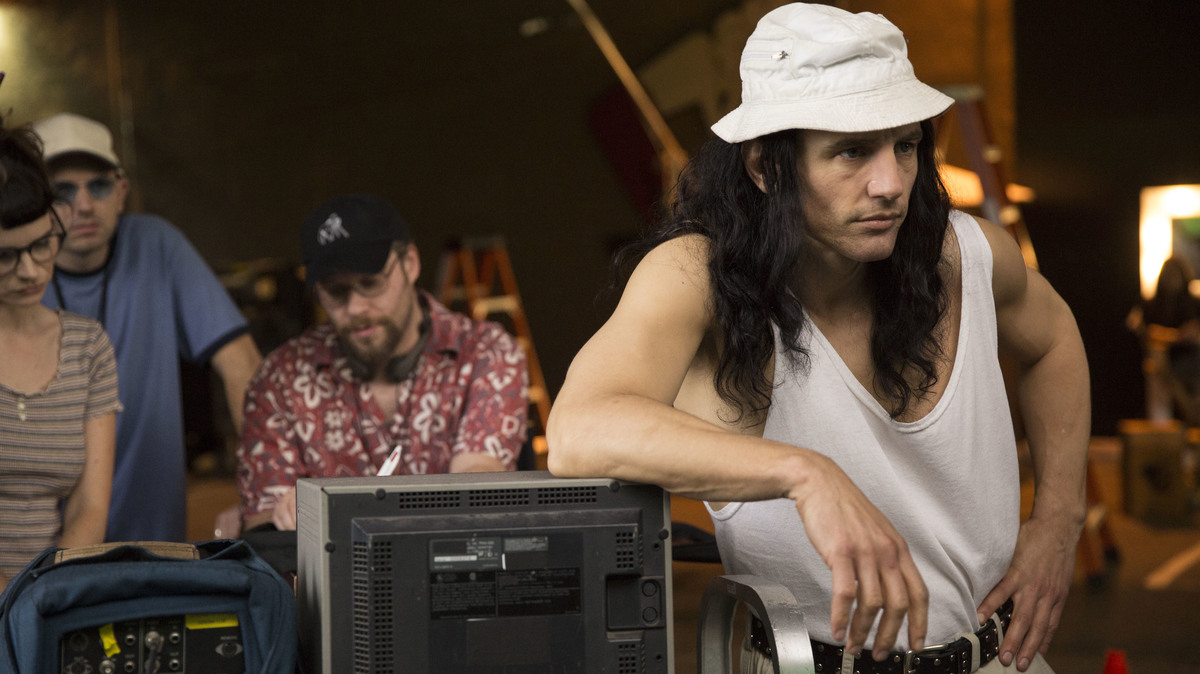 In 2003, an obscure, independent film called The Room opened in Los Angeles movie theaters. It was intended to be a serious melodrama about friendship, love and betrayal; instead, it was shockingly bad. The baffling storyline, the uncomfortably long romantic scenes and the acting made the film a hilarious, cinematic disaster.

Tommy Wiseau directed and starred in the film. With his hulking physique, long mane of jet black hair and indistinguishable accent, he inadvertently sparked a cult phenomenon. Over the years, people have flocked to midnight screenings; there have been roaring, sold-out crowds. So when comedy duo James Franco and Seth Rogen heard about it, they knew they had to make a movie about the movie.

Rogen says, "Very few things are funnier than a bunch of people really trying hard and treating something with very high stakes that is ultimately incredibly dumb."

In addition to directing the film, Franco also plays Wiseau — and he stayed in character the entire time they were filming. "I think it really helped the vibe on set," Franco says.

"It made it so weird," Rogen adds. "But it also gave everyone a taste of what it would feel like to work on a movie directed by Tommy."

Franco and Rogen's new film, The Disaster Artist, is based on a tell-all book co-authored by Greg Sestero, one of The Room's stars.

On how to give an intentionally bad performance

James Franco: When you're playing parts that are bad, like re-creating really bad scenes, but they're very specific scenes ... the way to do it was to put as much care into accurately capturing [it], down to like the blink and the head movement.

On The Room's misogyny and depicting the film's toxic set

Seth Rogen: The movie is incredibly misogynistic. And we don't shy away from portraying how that created a toxic work environment and how nightmarish it would have been and is on a lot of sets. I mean, I think we show it in its incredibly raw form. I think Tommy wasn't sexually interested in the women that he was degrading, but I think it was more just a power maneuver for him. ... We didn't know it at the time, but it is a very real portrayal of the type of things that happen on a lot of movie sets I think.

On wanting to highlight the struggle of being an artist

Franco: There are a lot of things that we were going for, and a large chunk of this story is the struggle of everybody that wants to be an artist. It's a universal struggle. I know what it was like to come to Hollywood, have these dreams, believe that, you know, movies and acting would save me and fulfill me. And just wanting to do it with every fiber of my being and like devoting all of my life and time to that.

I understand that feeling, and so part of it was a portrait of that — a portrait of a dreamer, albeit through a weird, you know, wacky lens of Tommy Wiseau. I think people really somehow are getting in touch with the passion that is underneath it, the fact that Tommy put his heart and soul into it. That, I think, is the secret sauce; animating all of this and keeping it alive.

Danny Hajek and Shannon Rhoades produced and edited this interview for broadcast. Sydnee Monday and Nicole Cohen adapted it for the Web.