Accessibility links
Tom Jones' 'Done Somebody Wrong' Lets Out A Remorseful Roar The one-time pop idol belts an Elmore James blues burner with a mighty maturity on this track from an all-star tribute album. 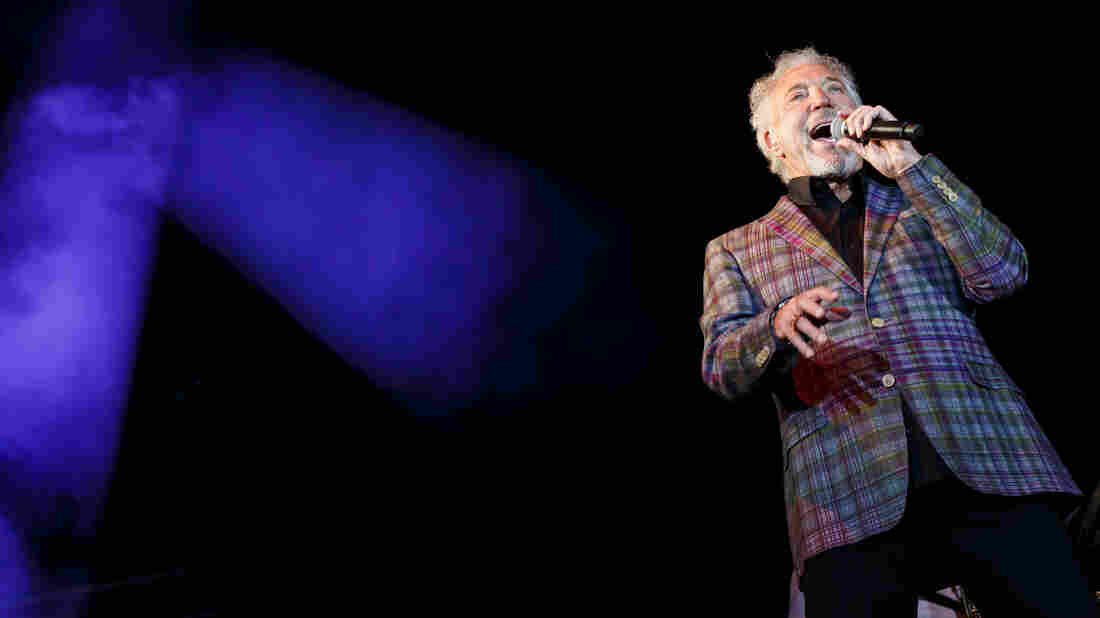 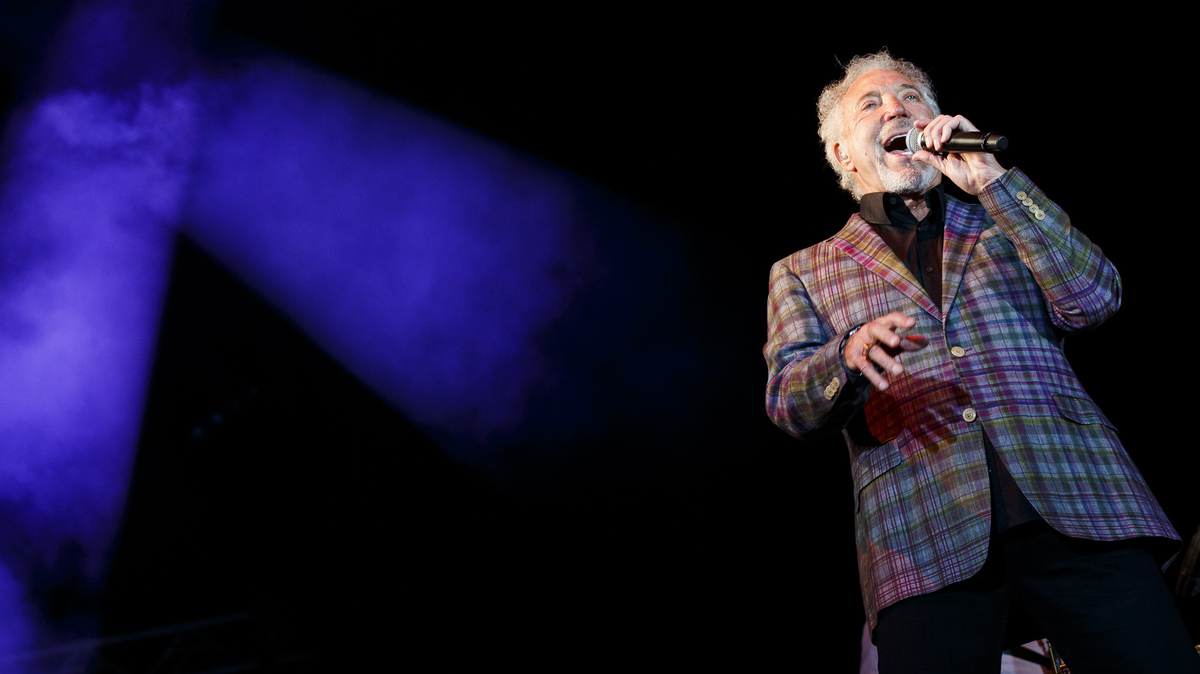 First comes the groove — that sexy, stormy, stop-time feel that still sounds as arresting in the right hands today as it did when blues giant Elmore James originated it on the aptly named Fire Records in 1960. Then, amid snarling slide guitar licks, Tom Jones comes barreling in, 10 times as big as life and preternaturally soulful, commanding attention to the point that it would be impossible to imagine ignoring his remorseful roar.

Like so many of James' songs, "Done Somebody Wrong" has been covered by plenty of blues and rock artists through the decades. The Allman Brothers Band, Charlie Musselwhite, Tom Petty and others have honored Elmore's legacy with their versions. Jones' recording was made for Strange Angels, an all-star outing honoring the bluesman's 100th birthday that is, remarkably, the first real Elmore James tribute album ever assembled. The proceeds will benefit MusicCares and Edible Schoolyard NYC. And even alongside such contributors as Keb' Mo', Bettye LaVette, Rodney Crowell and Shelby Lynne, the Welsh wailer stands out mightily.

Though he made his name in the '60s and '70s as a belter of classy pop tunes, Jones has spent recent decades exploding people's preconceptions and underscoring his ability to transcend era and genre. Over the years he's laid into everything from New Jack Swing to gospel with that force-of-nature voice, and in the 2010s, he's entered into the kind of realm Johnny Cash inhabited during his Rick-Rubin-era comeback, bringing an outsized lifetime's worth of gravitas to bear on everything he touches.

That's the kind of bat Jones is swinging with when he leans into "Done Somebody Wrong." And the 77-year-old singer packs enough power for somebody a third of his age. While you can feel every one of those years in the authority he wields so naturally, they never seem to weigh on him or detract a single scintilla from his vocal power or emotional energy. 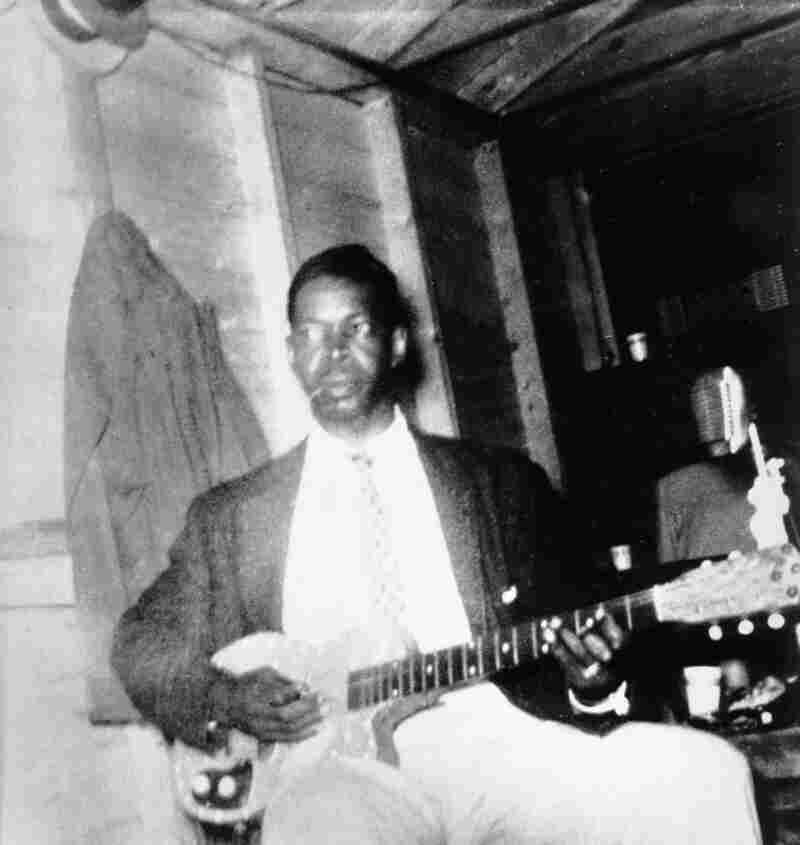 "Done Somebody Wrong" doesn't mince words in its evocation of a man forced to face the consequences of fooling around on his woman. Even in 1960 it was far from an original blues theme, but as ever, the intensity of James' vocal and guitar made it immediately unforgettable (the aforementioned groove didn't hurt either). And Jones brings enough grit to the table to make the 57-year-old tune resonate anew.

He spends the bulk of the song bemoaning his situation, owning up to his guilt and hungering for a way out of the whole mess. The dirty, bristling guitar work of Larry Taylor (who's also the bassist on the track) and Rick Holmstrom maintains the tension, never overtly aping James' signature style but offering enough deep, bluesy bite to stand favorably in his looming shadow.

After the last blast of six-string flurries, just when you think Jones' regrets are about to overtake him, he shifts swiftly and seamlessly from the role of lonesome loser to that of the irredeemable cad. Just before the end of the song, he suddenly declares, "The devil made me do it," and lets out a louche chuckle. We come away with the feeling that we've been just as bamboozled as the lady in question. Jones has sold us his remorse with complete conviction before pulling the rug out from under us at the last minute, offering every indication that he will not only emerge unscarred by this experience, but that he's entirely likely to perpetrate the same sins again somewhere down the line.

Strange Angels: In Flight With Elmore James is out Jan. 26 and available for pre-order Dec. 15 via Sylvan Songs Records.