Accessibility links
Former Kroc Fellows Share Experience, Advice Program alumni talk about the Kroc year and how it has shaped their careers.

No two Kroc Fellowships are the same; each fellow shapes the year in their own way. We asked some of our alumni to tell us about their experience and offer advice for future applicants. 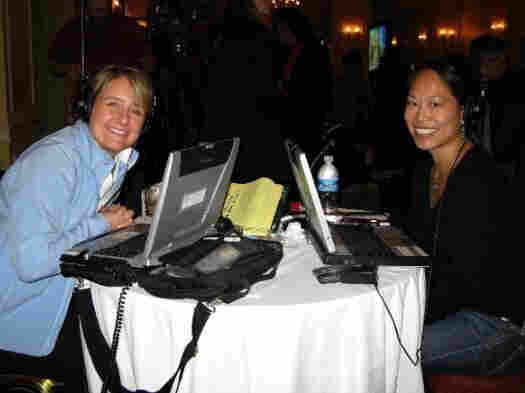 Why did you apply for the Kroc Fellowship?

I was a litigator for five years. I loved law school and I loved clerking, but when I got to the firm it didn't feel like the real me. I felt like my job didn't tap into parts of myself that I liked best — like my curiosity, the part of me that comes alive when I meet new people and visit new places, and the part of me that loves to tell stories. So I quit the law firm in 2006 and I had no idea what I wanted to do. But, because I needed to get out of my apartment, I signed up for an internship at KQED, the NPR Member station in San Francisco. I wasn't even thinking at the time that I wanted a career in radio. And I loved that internship. Then I ended up at Columbia Journalism School.

When I heard about the Kroc Fellowship while a radio student at Columbia, it sounded like a year where I could get a taste of every aspect of making radio. I had fallen in love with this idea of telling a story orally. It's so basic. It's so instinctual. But learning to write the way I talk was all about exorcising the lawyer in me! I feel lucky to do what I do. There are so few careers where you get paid to learn about the world everyday. 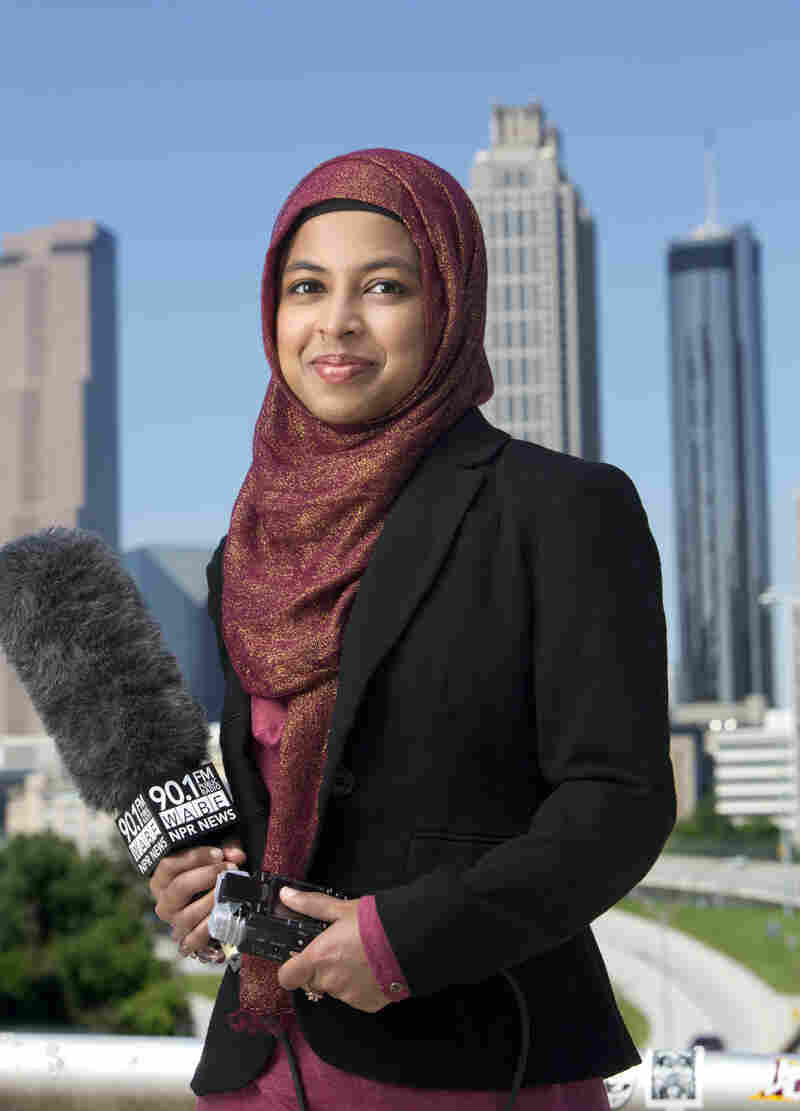 Since her Kroc Fellowship, Tasnim Shamma has worked as a reporter at WFAE in Charlotte, N.C., and WABE in Atlanta. Billy Howard for WABE/Courtesy of Tasnim Shamma hide caption 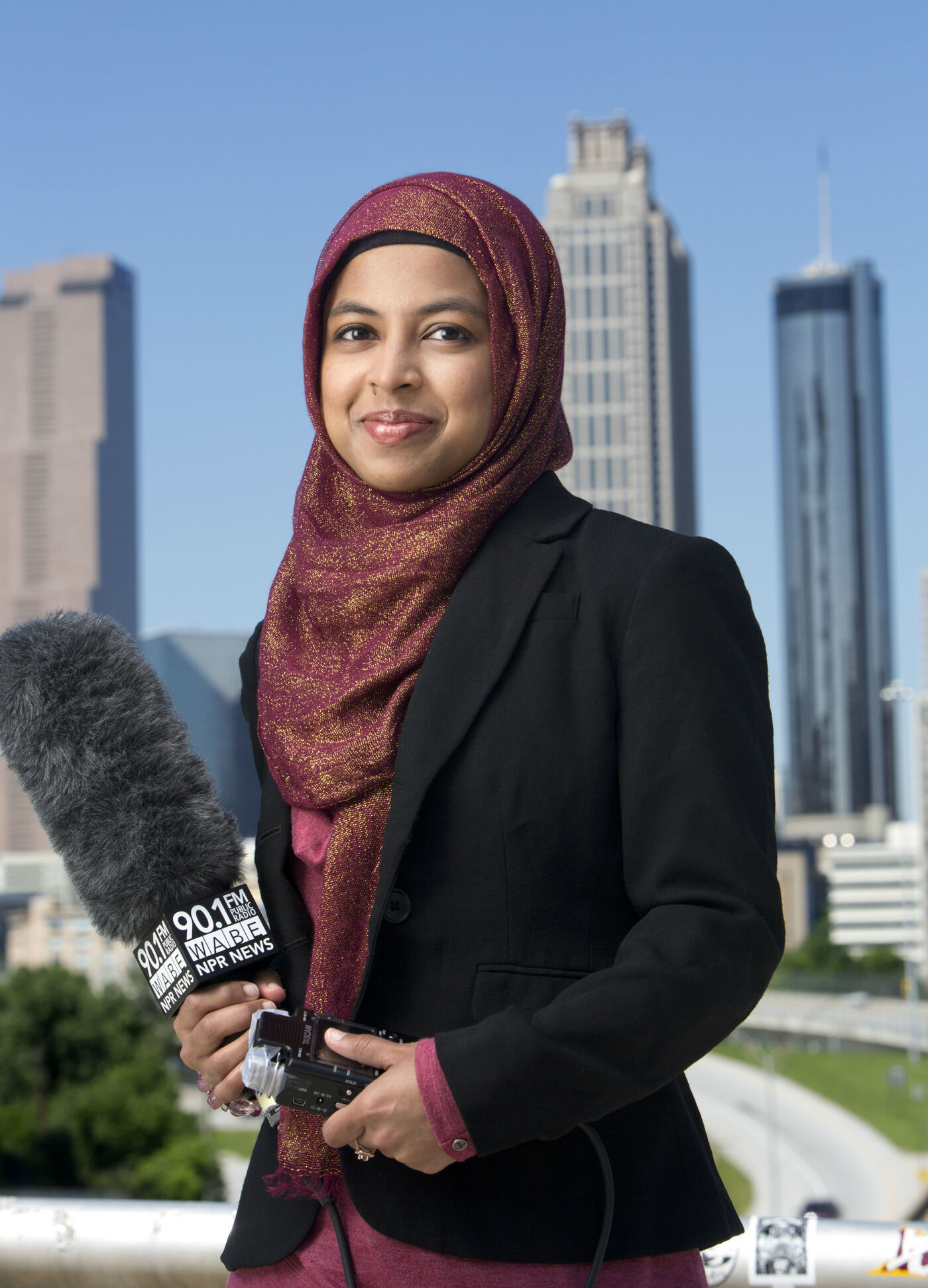 Since her Kroc Fellowship, Tasnim Shamma has worked as a reporter at WFAE in Charlotte, N.C., and WABE in Atlanta.

What was your favorite part of the fellowship?

I loved how it's basically four internships in one and a means to learn many different skills and gain exposure to different aspects of public radio over one year. My first rotation was in digital news working for the website ... followed by three months at Weekend All Things Considered, with former NPR intern Guy Raz as the host. Then I was at WLRN-Miami Herald News for my station rotation and my last three months were at the National Desk.

In digital news, I was a Web producer, but I loved that there were always opportunities to do your own reporting and research. I really enjoyed my digital rotation because I was able to collaborate with the multimedia team. At Weekend All Things Considered, I was a show producer and worked on editing tape, pitching story ideas at the meetings every day and arranging interviews and helping to put it all together behind the scenes.

My last three months were at the National Desk, where I reported and produced stories that I pitched under the guidance of the amazing Luis Clemens. This was hard because I had to learn how to write a feature story for a national audience and go through multiple edits. Everything was all pretty new to me, so I learned a lot.

My favorite story I worked on as a Kroc Fellow was about the rise of violence against people who identified as Sikhs and the religious profiling they underwent because they are often mistaken for being Muslim. It took a really long time for me to find all of the right people for this story, but I was really happy when it was published because it was a chance to bring Sikh voices to a national audience through Weekend All Things Considered. 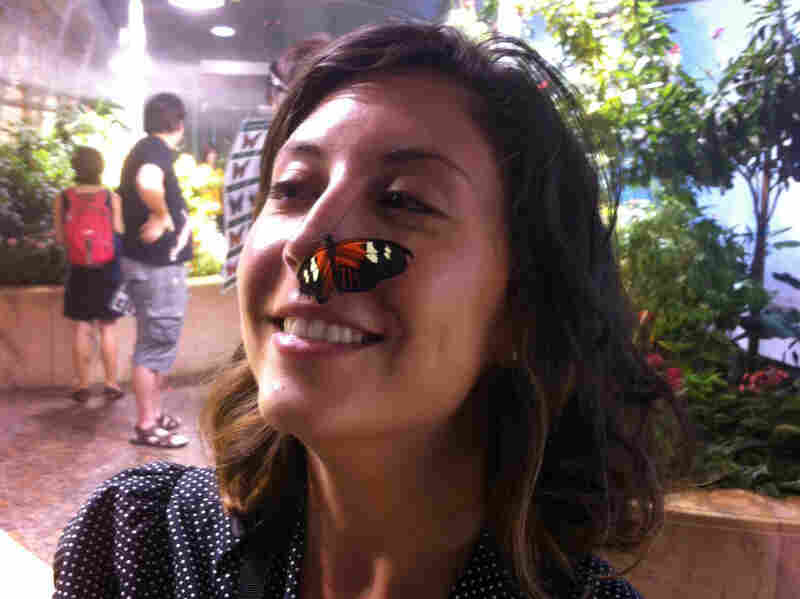 Brenda Salinas, a 2012-2013 Kroc Fellow, while on assignment for a Weekend All Things Considered story at the Museum of Natural History in Washington, D.C. Guy Raz/NPR hide caption 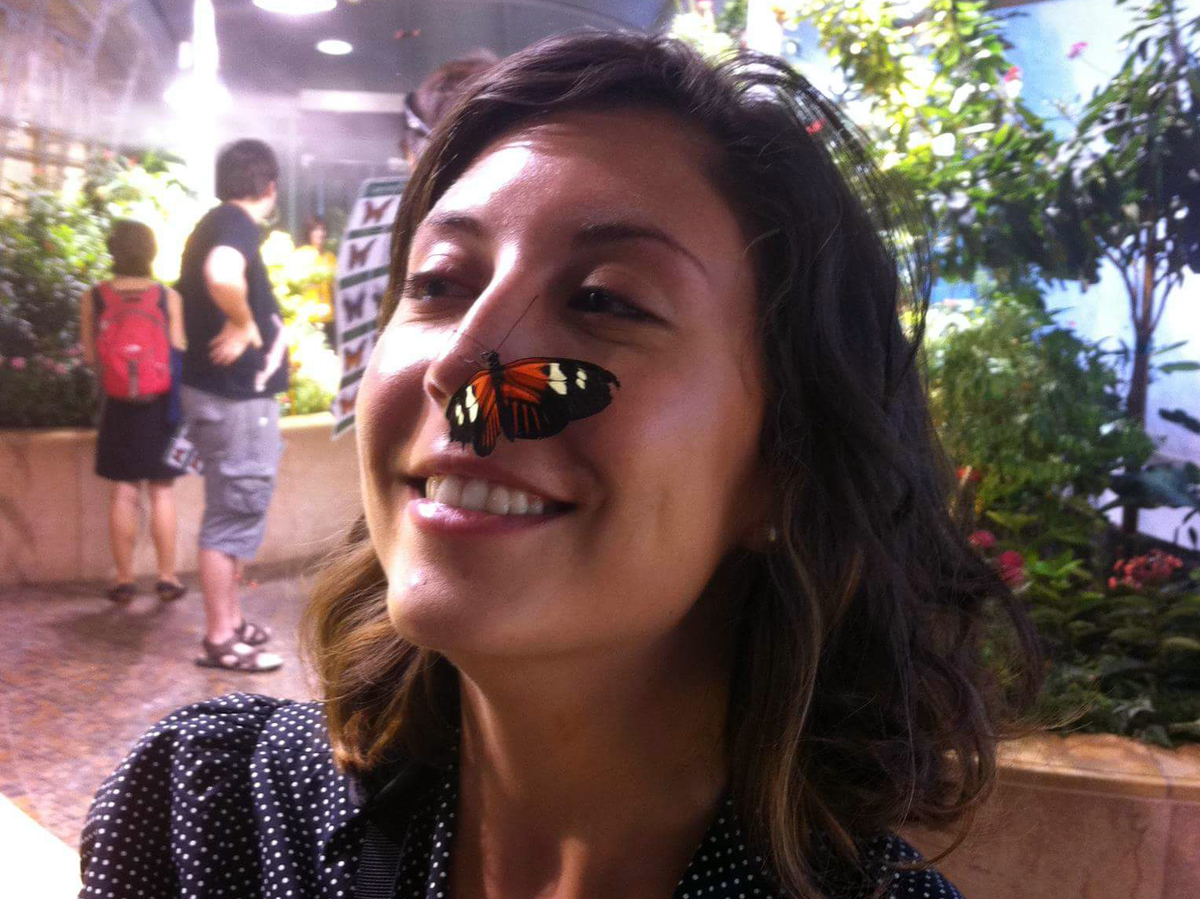 Brenda Salinas, a 2012-2013 Kroc Fellow, while on assignment for a Weekend All Things Considered story at the Museum of Natural History in Washington, D.C.

Where did you go for your Member station rotation, and what was that like?

I did my Member station rotation at Houston Public Media in Texas. My goal going into that experience was to get as many stories to the National Desk as possible. I did a story about the Houston rodeo that NPR eventually picked up. The story started out as a profile of women in rodeo, but I uncovered that these women had silently organized a movement for equal pay.

The Member station rotation was a really great experience. I realized that the pace at local stations is a little bit slower, but you get to juggle so many daily responsibilities there as part of a small staff. After my fellowship ended, I came back to Texas to help KUT Public Media launch a statewide show, something the station had never done before.

Working with KUT helped me realize that I love launching things, and that has been a thread in my career since my fellowship. I helped relaunch a show at Latino USA and later joined the audio journalism startup 60db, which was recently acquired by Google.

In this career, the more things you do, the more things people will let you do in the future. Through my fellowship and especially my station rotation, I've learned to stretch whatever role I'm in as much as I can. 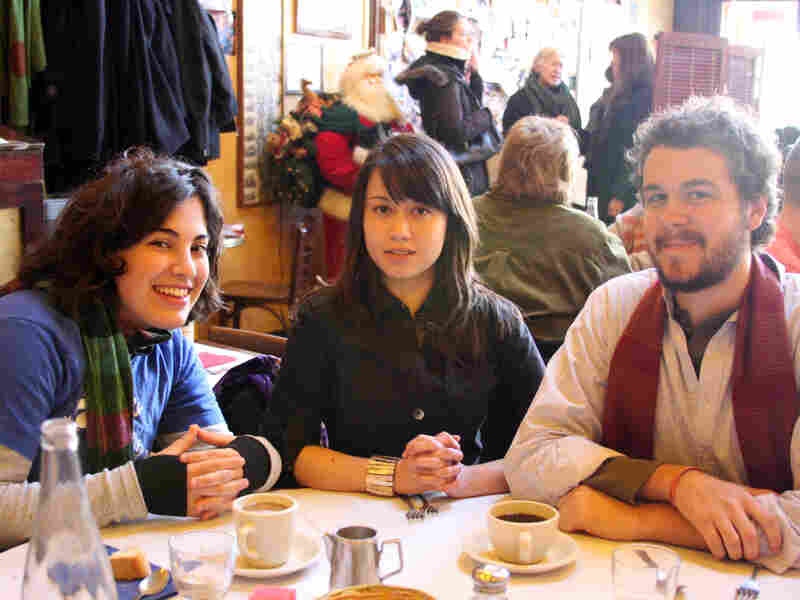 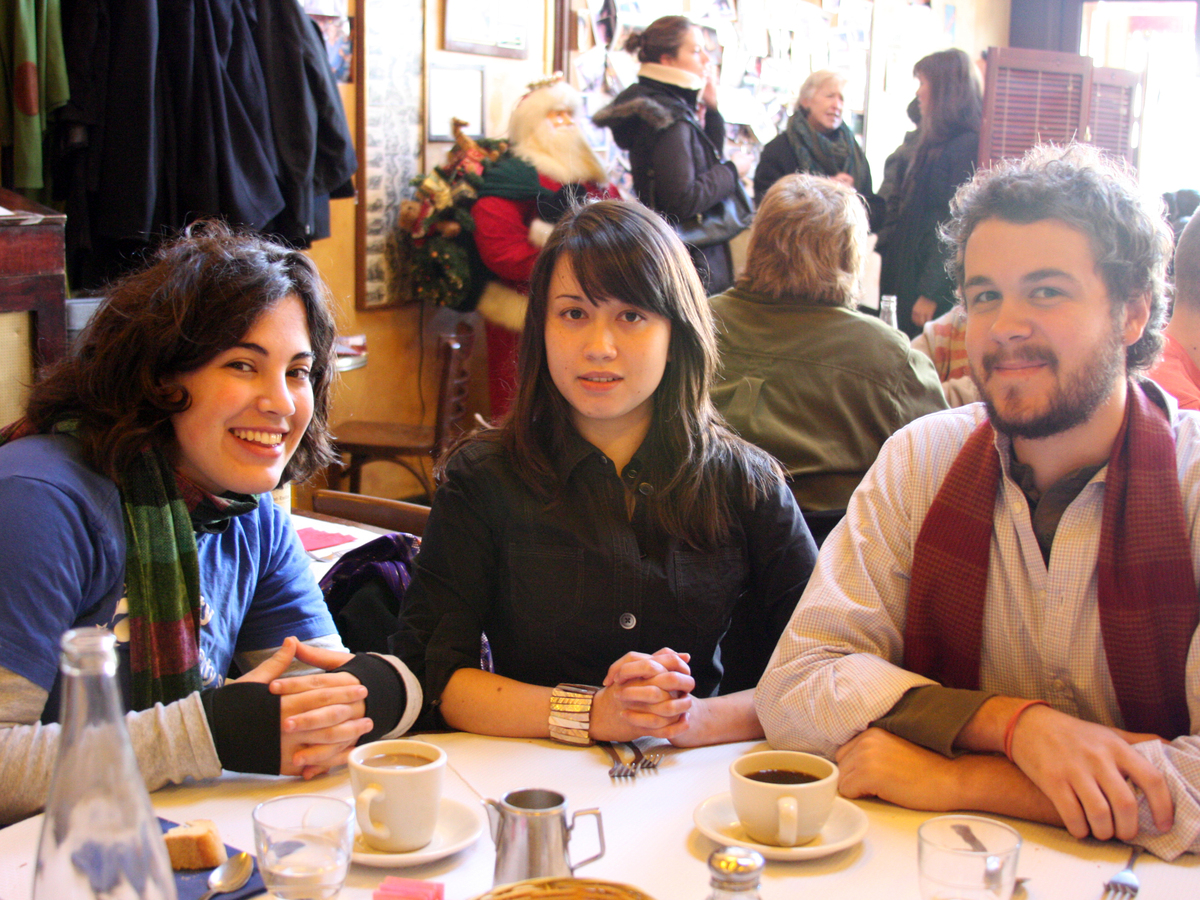 How has the Kroc Fellowship shaped your career?

I was not connected to anyone in journalism before I got it — I just knew that at the core of my very being I wanted to report, tell stories and think about ways to reach audiences. The Kroc paved the way for the rest of my career — the people I met, the ideas generated, the stuff I learned. I continually look back on it years later.

I stayed in public media for a long time, working at Wait Wait, Fresh Air, and eventually back at NPR. Now I have a job thinking about audiences on a global scale — Wikipedia is the fifth largest website in the world, and I often think about how public media influenced the way I approach my work now and how what I'm learning now could eventually lead me back to public media.

What advice do you have for future Kroc applicants?

Developing a beat and a focus — a subject area or expertise — is really important. For me, cultivating that beat was critical for all positions I received after my fellowship. My experience at NPR is very appealing to a lot of different organizations. My specific matter of expertise is what propelled my career.

My cover letter was really, really important. I spent a lot of time on it. Because I was so honest and unfiltered, I think it made my application very compelling. I've heard that from the people who interviewed me. The way you present yourself and tell your story is really critical. I was able to tell the story of where I came from and why I was applying to fellowship. By doing so, I demonstrated both self-awareness and the ability to tell a story well. I think about that a lot. Be fully honest in your application.