Accessibility links
The Tree That Rocked The Music Industry This year, new international regulations on rosewood have reverberated through the music industry, costing tens of millions in lost sales and extra administrative costs. 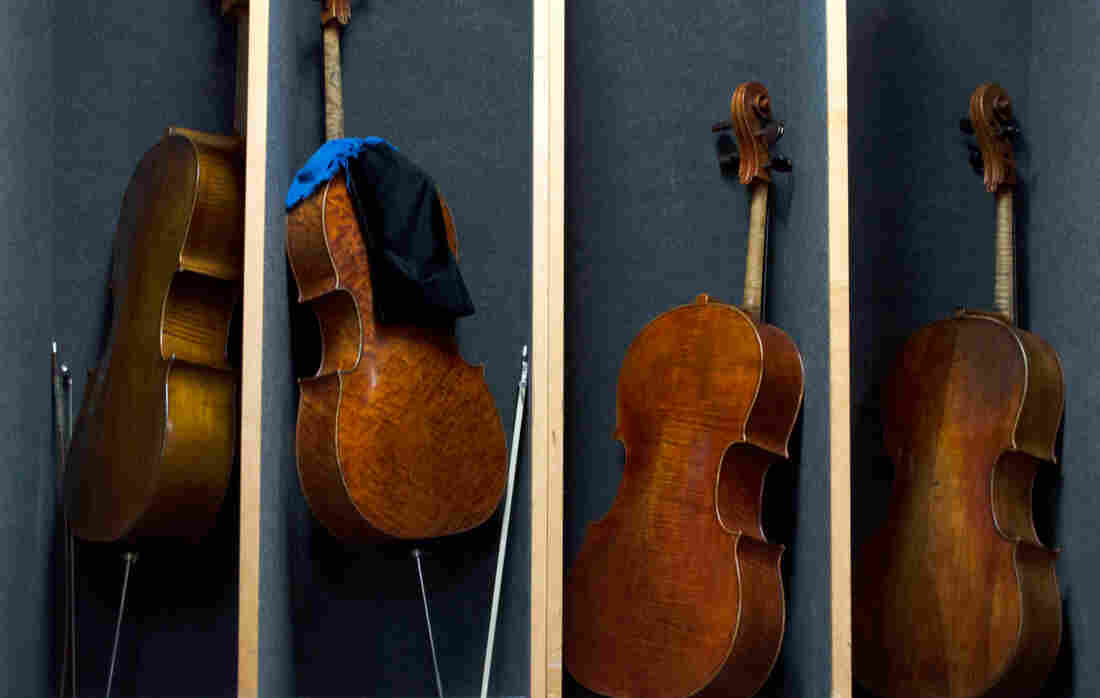 Cellos are lined up backstage at the Chicago Symphony Orchestra before a Nov. 8 rehearsal of Schubert's Ninth Symphony. The CITES Rosewood regulations have made some musicians apprehensive about taking instruments containing the wood across international borders. Meg Anderson/NPR hide caption 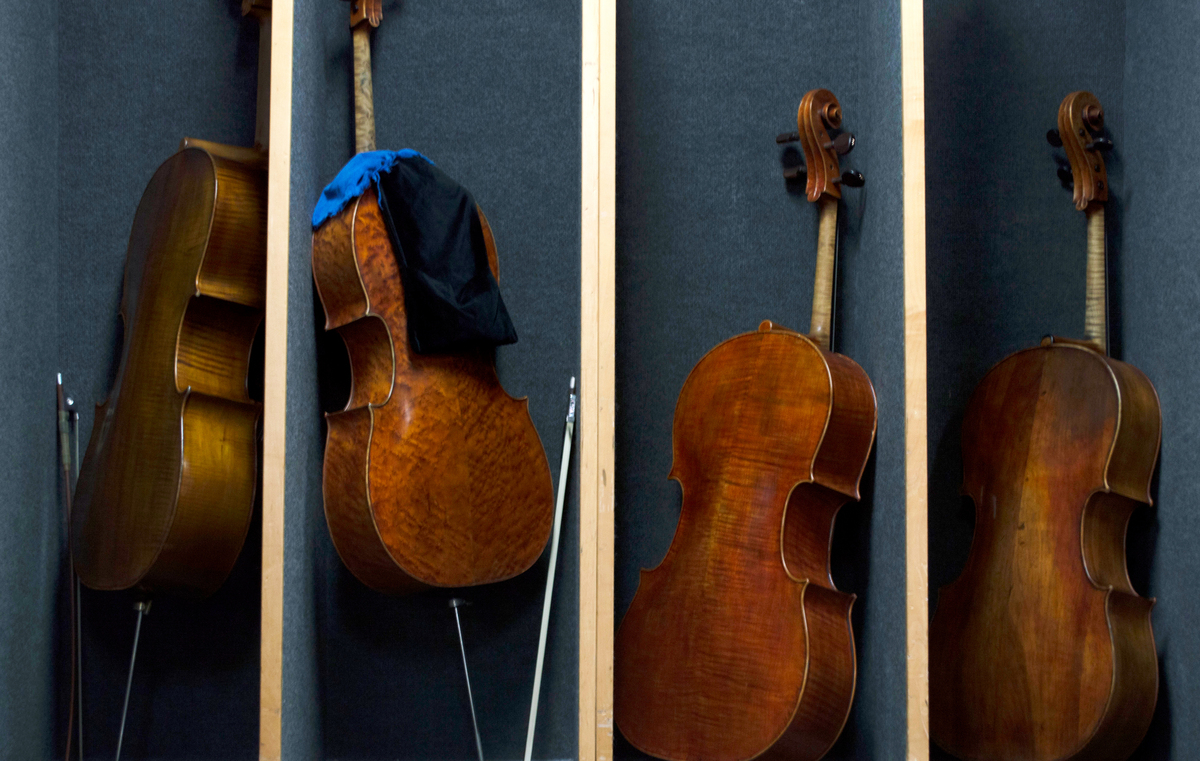 Cellos are lined up backstage at the Chicago Symphony Orchestra before a Nov. 8 rehearsal of Schubert's Ninth Symphony. The CITES Rosewood regulations have made some musicians apprehensive about taking instruments containing the wood across international borders.

Chicago Symphony Orchestra cellist Dan Katz has two cellos. The better one — the one he prefers to play with the orchestra — is 200 years old and has rosewood tuning pegs. When the orchestra went on an 11-concert European tour in January, he purposefully left it home.

"I worry with that instrument about international travel now, because of those pegs," Katz said after rehearsing for a performance of Schubert's Ninth Symphony earlier this month.

"From my perspective, it just doesn't seem worth the risk," he said. He worried that a customs agent somewhere might confiscate his cello.

And he had reason to worry.

New regulations on the international movement of rosewood have hit hard in parts of the music industry, which has long relied on rosewood as a "tonewood" used in many kinds of instruments, including guitars, cellos and clarinets.

A Battle Of The Guitar Tonewoods

Complexity Of Touring With Rosewood Instruments May Soon Be Eased

For more on rosewood:

The reason for the crackdown, and for Katz's anxiety? China. Specifically, Chinese consumers' growing demand for rosewood or "hongmu" furniture.

China imported nearly 2 million cubic meters of rosewood logs in 2014, worth at least $2.6 billion, according to the conservation group Forest Trends.

With an appetite that big, loggers, traffickers and politicians around the world have been cashing in, depleting rosewood stocks and fighting over the spoils of the timber rush.

Advocates say more than 150 people have been killed in Thailand gunfights over rosewood.

Among the requirements: musical instruments containing any amount of rosewood were subject to a complex, time-consuming permit system covering businesses and individuals.

Requirements differed by country, and trade and travel became risky.

The family-owned C.F. Martin & Co. has been making guitars in Pennsylvania's Lehigh Valley since the 1830s. Its iconic guitars have been played by the likes of John Lennon and John Mayer.

Workers at the Martin factory shape, sand and polish dull slabs of wood into iconic instruments that have played a role in what many of us think an acoustic guitar should sound like.

One material responsible for that sound is rosewood.

"If you use rosewood on (a guitar's) backs and the sides, the backs and the sides are really a reflective surface," the company's CEO, C.F. Martin IV, said in an interview just off the factory floor. "The back and sides not only help to project it forward, they color it. And that color that rosewood provides is something that is very appealing." 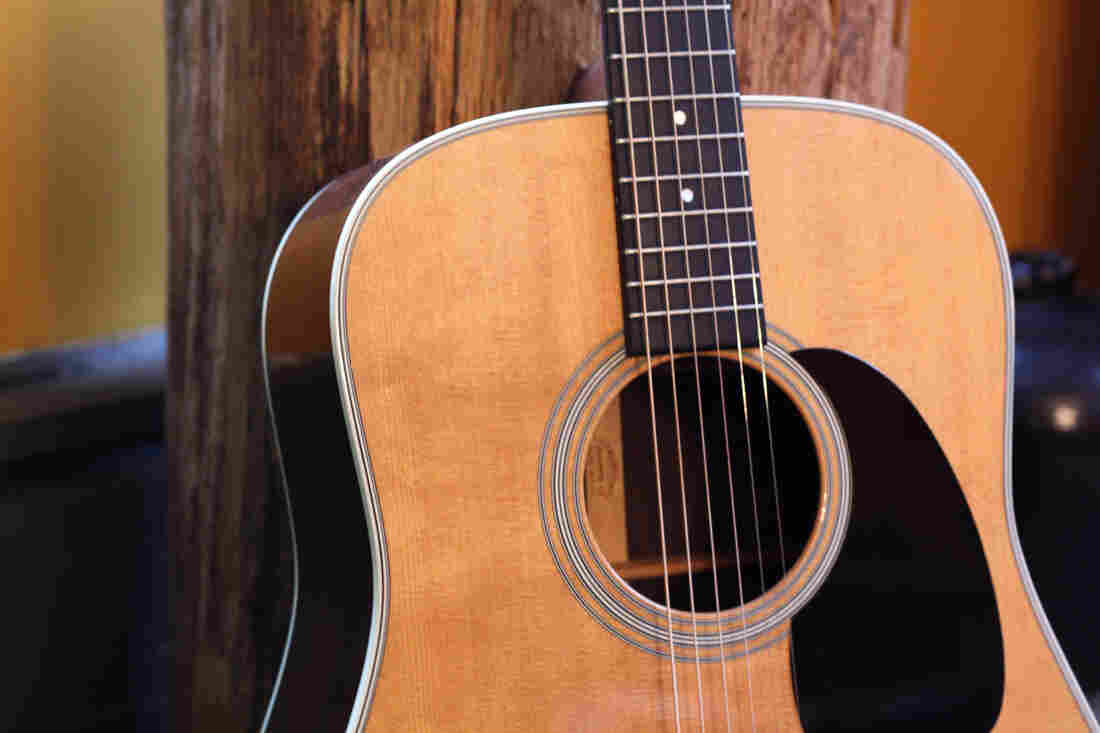 A Martin D-28 guitar. Regulations on the international trade of rosewood have negatively affected C.F. Martin & Co., a family-owned business that has been making guitars in Pennsylvania's Lehigh Valley since the 1830s. jboylan67/Flickr hide caption 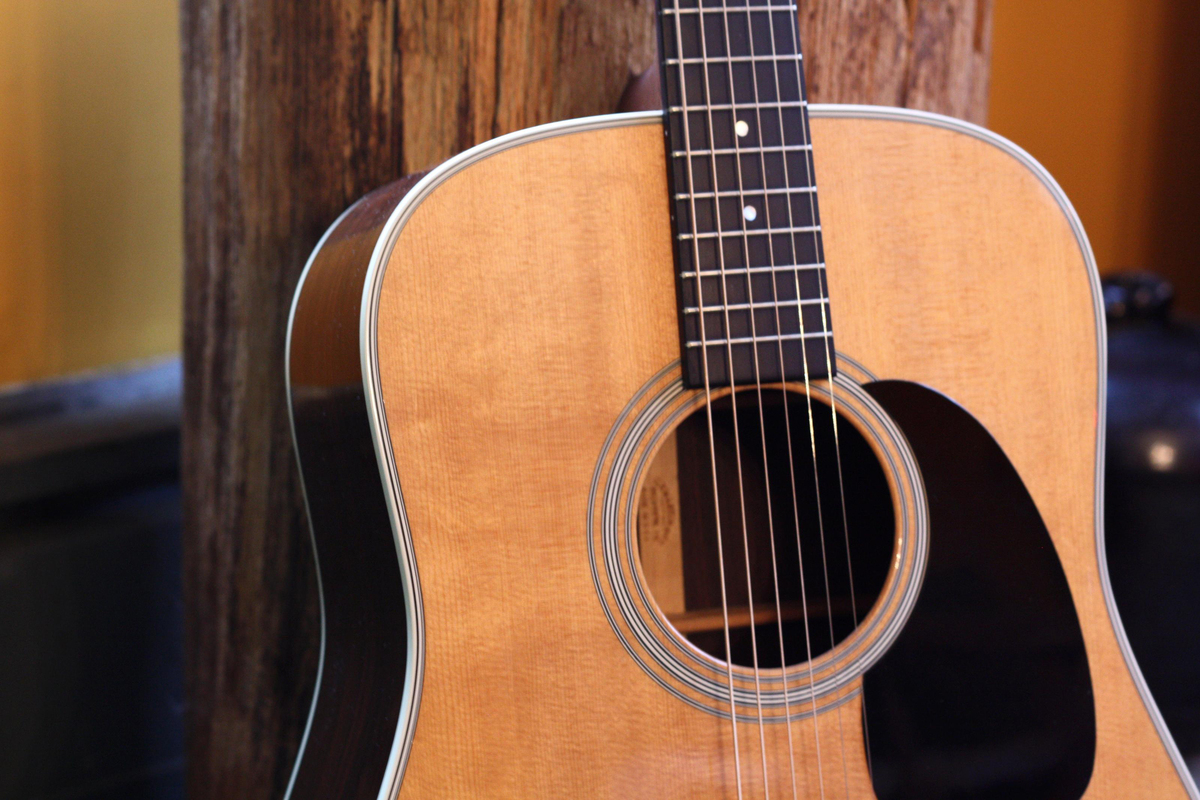 A Martin D-28 guitar. Regulations on the international trade of rosewood have negatively affected C.F. Martin & Co., a family-owned business that has been making guitars in Pennsylvania's Lehigh Valley since the 1830s.

The company, which exports 40 percent of the guitars it makes, says it lost millions in sales when the regulations first went into effect in January.

Nationally, music retailers lost $60 million in sales in the first quarter of this year. U.S. manufacturers saw acoustic guitar exports drop by more than a quarter, to $24 million, according to an analysis by Music Trades magazine.

"It's a challenge that we don't need," Martin said. "I've got a thousand employees. The company has suffered economically through this, and the only reason that everyone kept working is because I made the decision to keep them working. But this has been extremely disruptive to my family's business."

Martin and another top U.S. maker of acoustic guitars, Taylor, say the regulations are misguided. They say they primarily use wood from India, which is strictly controlled and not part of the Chinese furniture problem that led to the crackdown. And compared to the millions of cubic meters of rosewood flowing to China, the Martin company will use less than 50 cubic meters of the wood this year.

The enforcement and the regime needs to be the same for everybody.

But those in support of the regulations point out that various kinds of rosewood tend to look the same.

"Many illegal traffickers have used that opportunity to label them as a sister species, a look alike, and ensure that they can avoid the regulations in the system," said Lisa Handy, director of forest campaigns at the advocacy group Environmental Investigation Agency.

That's why, they say, the rules have to cover all rosewood. If you remember the taxonomies you learned in high school biology class, these regulations cover every species classified under the biological genus called Dalbergia.

"The enforcement and the regime needs to be the same for everybody," Handy said, "because when there starts to be exemptions or exclusions in the system, we've seen time and time again that those that are trying to avoid the regulations and get around them find their way."

Still, even John Scanlon, the secretary-general of the CITES convention, concedes the regulations may have gone too far.

"Basically, this all came out of a political compromise," he said.

We might have gone from one side to the other, and we need to get the balance right.

John Scanlon, the Secretary General of the CITES convention

Scanlon said some countries were reluctant to regulate raw timber only, and exempt finished consumer goods like musical instruments. That's because traffickers had used that as a loophole in the past by minimally processing raw materials and passing them off as finished products.

"I think in closing that loophole, it might have been closed a little bit too tight, so we might have gone from one side to the other, and we need to get the balance right."

Craig Hoover, who manages the treaty for the United States at the U.S. Fish and Wildlife Service, struck a similar tone.

"I think the question of whether we're regulating more than we need to is really the one that's on the table for us right now," Hoover said. "And we need to examine whether or not there are things that we can let go, in terms of CITES controls, and still achieve the conservation results we want to achieve. So, I don't think we have come to the conclusion that we got it exactly right."

At a CITES committee meeting underway in Geneva this week, representatives are considering new guidelines that could ease permit requirements for traveling orchestras and musicians.

The question of whether guitar-makers and owners will be able to trade their instruments more freely will have to wait until the next full CITES conference in 2019.

Meg Anderson contributed to this report.