Accessibility links
Pelosi, Ryan Call on Conyers To Step Down; Franken Under Senate Ethics Inquiry Rep. John Conyers, the 88-year-old Michigan Democrat facing multiple accusations of sexual misconduct, was in the hospital on Thursday, according to his office.

Pelosi, Ryan Call on Conyers To Step Down; Franken Under Senate Ethics Inquiry

Pelosi, Ryan Call on Conyers To Step Down; Franken Under Senate Ethics Inquiry 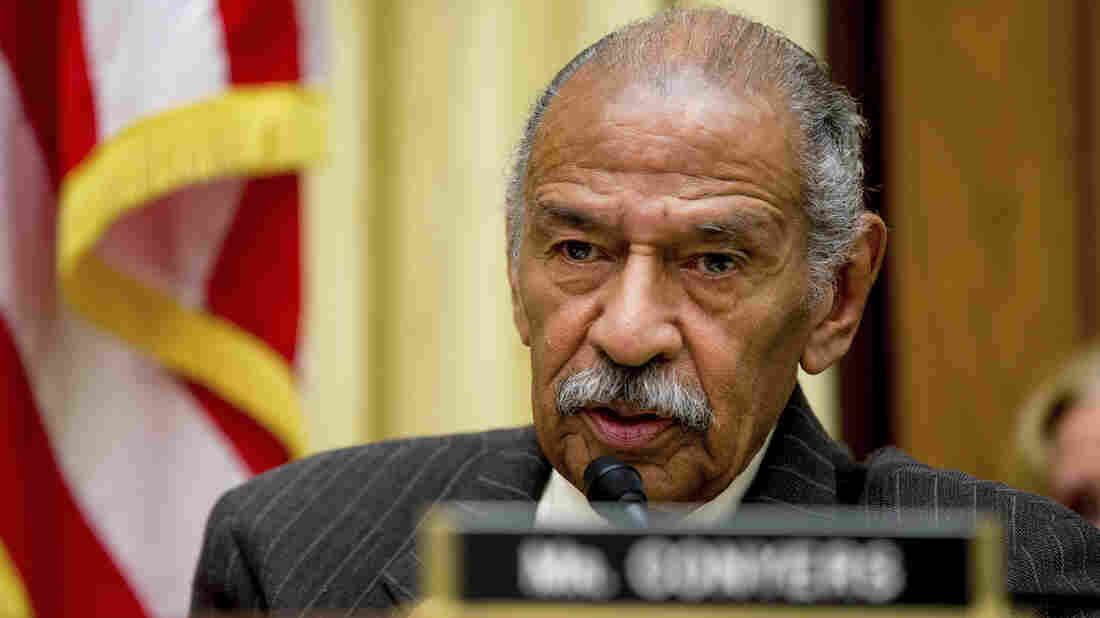 Rep. John Conyers, D-Mich., who has been accused of sexual harassment by former staffers, has been hospitalized. Andrew Harnik/AP hide caption 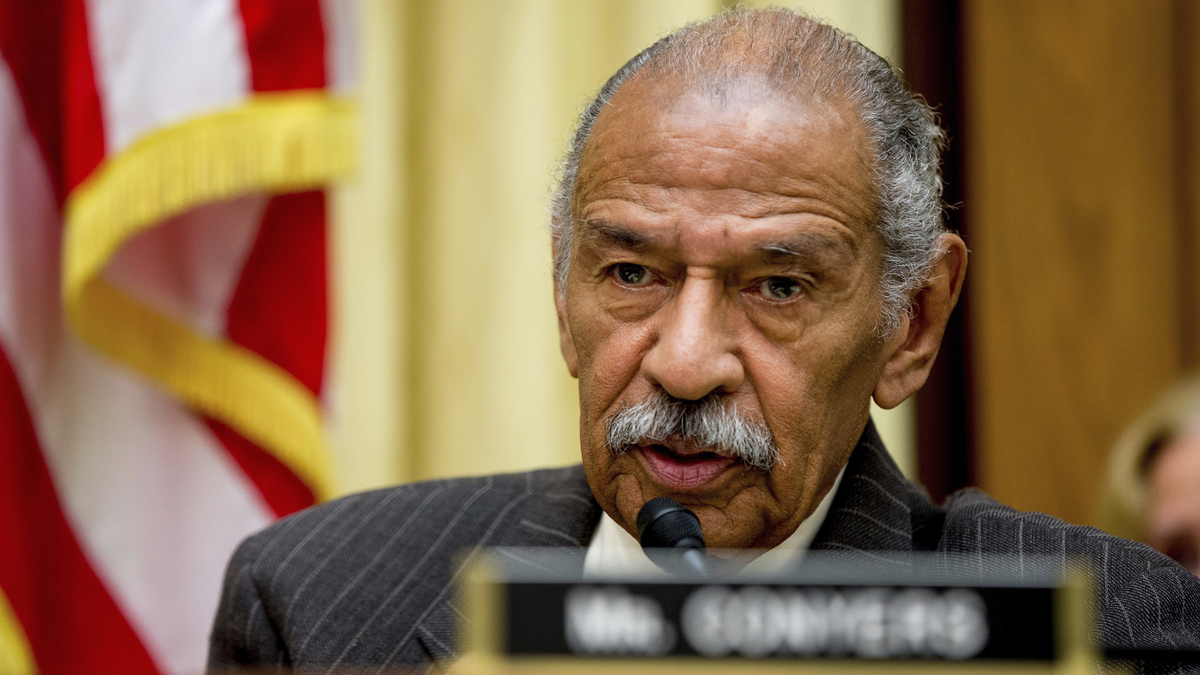 Rep. John Conyers, D-Mich., who has been accused of sexual harassment by former staffers, has been hospitalized.

Rep. John Conyers, D-Mich., is coming under increasing pressure to step down, after a former aide made public her allegations of sexual harassment against the veteran congressman. House Minority Leader Nancy Pelosi, D-Calif., called the allegations against Conyers "serious, disappointing and very credible" and said Conyers, the House's most senior member, "should resign."

Pelosi's comments were echoed by House Speaker Paul Ryan, R-Wis., who also said Thursday that Conyers should "resign immediately," and by Rep. Jim Clyburn, D-S.C., the highest-ranking African-American in Congress and one of Pelosi's top deputies in House Democratic leadership.

"I told him [resigning from Congress] would be in his best interest," Clyburn said, according to a report from Politico confirmed to NPR's Susan Davis by a Democratic aide.

On the other side of Capitol Hill, the Senate Ethics Committee confirmed Thursday that it has opened an inquiry into Sen. Al Franken's behavior. It doesn't usually comment on pending matters but decided to because of the current circumstances. The Democrat, who was hit with a new accusation Thursday, has welcomed an ethics investigation since the first allegations against him surfaced.

Also on Thursday, Conyers was in the hospital for stress amid the multiple allegations of sexual misconduct. Conyers' office confirmed the hospitalization.

One of Conyers' accusers, Marion Brown, described to NBC's Today show her accusations against Conyers. "Violating my body, propositioning me, inviting me to hotels with the guise of discussing business, and then propositioning for sex," Brown said. "He just violated my body. He has touched me in different ways, and it was very uncomfortable and very unprofessional."

Conyers has denied any wrongdoing but reached a settlement with Brown that included a nondisclosure agreement. Brown told the Today show that "I want to be a voice" and that she wants her granddaughter "to not have to endure sexism and gender inequality. I felt it was worth the risk to stand up for all the women in the workforce that are voiceless."

Pelosi had defended Conyers prior to Brown's interview, calling him an icon. 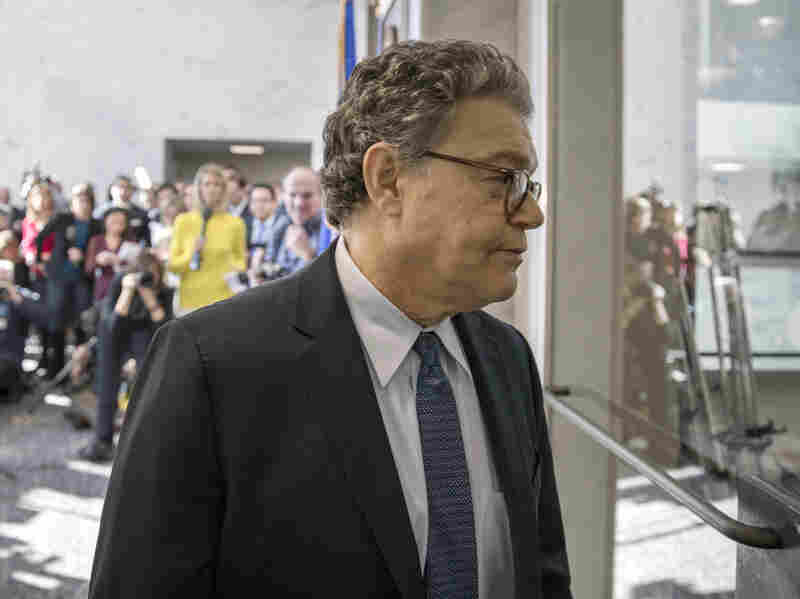 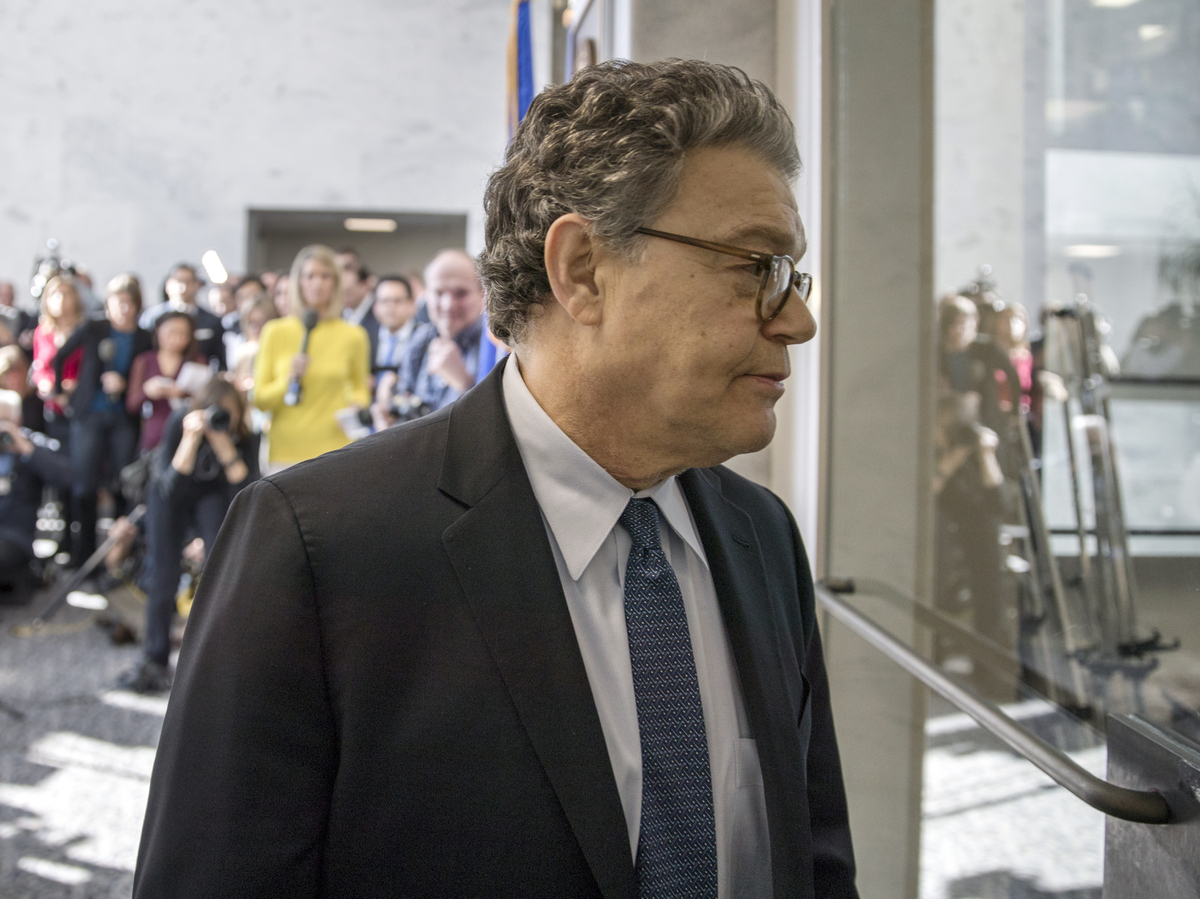 Sen. Al Franken, D-Minn., has been charged by a fifth woman of inappropriate contact

Meanwhile, an Army veteran has come forward to accuse Franken, D-Minn., of groping her during a photo opportunity in 2003 before he was in the Senate. Stephanie Kemplin told CNN that the incident occurred while she was stationed in the Middle East during the Iraq War and when Franken was on tour with a USO show. Kemplin said she stood in line to have her picture taken with the former Saturday Night Live star who traveled several times to perform for troops.

"When he put his arm around me, he groped my right breast. He kept his hand all the way over on my breast," Kemplin told CNN. "I've never had a man put their arm around me and then cup my breast. So he was holding my breast on the side."

Kemplin, now 41, says she was embarrassed by what happened. She is the fifth woman to accuse Franken of groping or forcible kissing in the past two weeks.

The ranks of Democrats calling for Franken to resign is growing and includes House Democratic Caucus chairman Joe Crowley of New York and Rep. Tim Ryan of Ohio.

Franken's office told the network that the senator "takes thousands of photos and has met thousands of people and he has never intentionally engaged in this kind of conduct," adding Franken is "fully committed to cooperating" with the Senate Ethics Committee investigation.

Franken Reiterates He Won't Resign: 'I Know That I've Let A Lot Of People Down'

The allegations against Conyers and Franken come during a snowballing moment of cultural reckoning over sexual harassment and sexual misconduct accusations against several high-profile men in politics, entertainment and media.

Another lawmaker, Rep. Joe Barton, R-Texas, announced Thursday that he will not seek re-election, after recent reports of extramarital relationships and the anonymous online posting of a lewd photo of Barton.