Accessibility links
Trump Reportedly Considers Replacing Secretary Of State Tillerson The move could come within weeks, according to multiple media outlets. President Trump brushed off questions on the topic during an Oval Office meeting on Thursday, saying only, "Rex is here." 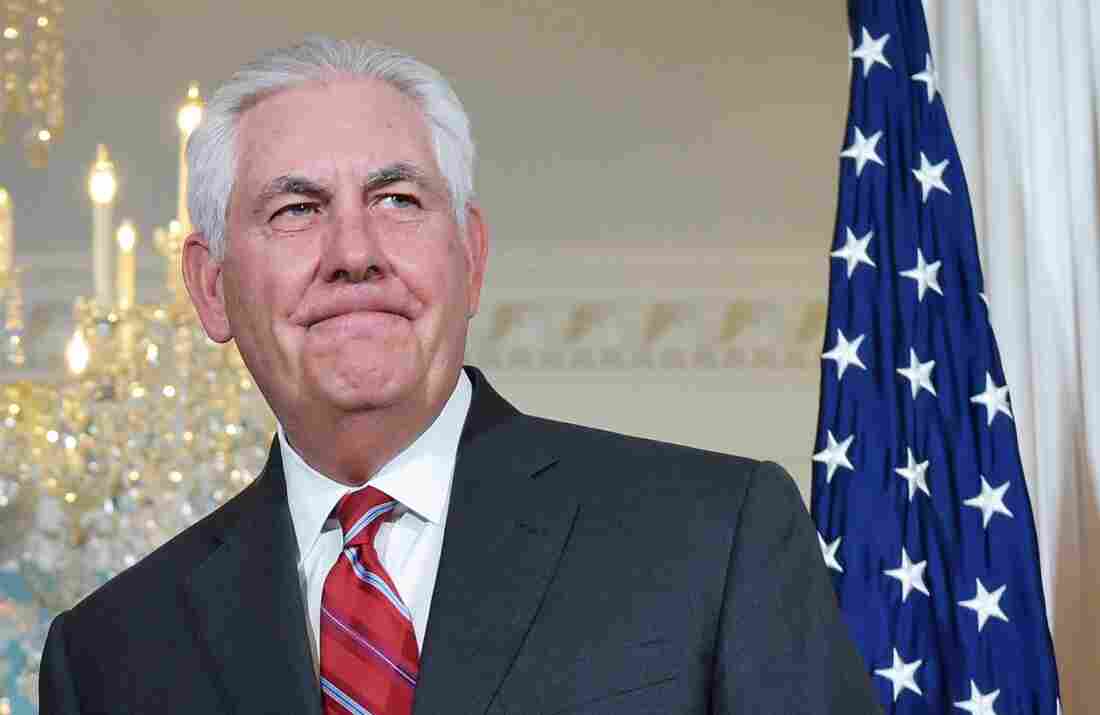 Secretary of State Rex Tillerson could be replaced by CIA Director Mike Pompeo in as soon as a few weeks, according to multiple media reports. Mandel Ngan/AFP/Getty Images hide caption 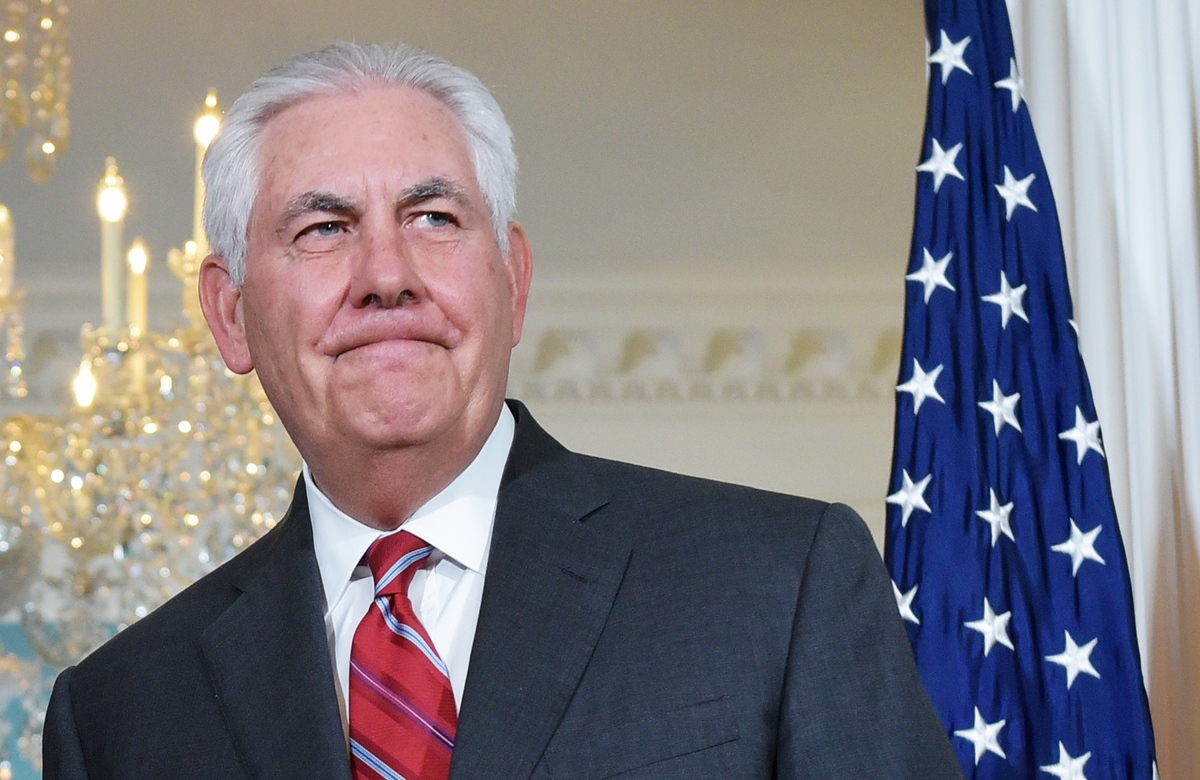 Secretary of State Rex Tillerson could be replaced by CIA Director Mike Pompeo in as soon as a few weeks, according to multiple media reports.

President Trump brushed aside reports that he is considering replacing Secretary of State Rex Tillerson, though multiple news outlets say Tillerson could be shown the door within weeks.

Pressed about those reports Thursday morning during an Oval Office meeting, Trump said only: "He's here. Rex is here."

The cryptic answer did little to dispel speculation that Tillerson's days as the country's top diplomat could be numbered.

At the State Department briefing in the afternoon, spokeswoman Heather Nauert said Tillerson "remains the secretary of state and as long as he is serving at the pleasure of the president he ... will continue to do that job." She noted that Tillerson visited the White House twice on Thursday. But when asked whether Tillerson discussed the reports with the president, Nauert said, "Not to my knowledge."

The New York Times and other outlets are reporting that Tillerson could be replaced by CIA Director Mike Pompeo. In turn, Sen. Tom Cotton, R-Ark., is reportedly a top contender to take Pompeo's place running the spy agency.

Tillerson — a former CEO of Exxon Mobil — has had a rocky tenure at the State Department. He came into the position with no government or diplomatic experience and has frequently found himself at odds with the president on issues such as the value of the Iran nuclear deal and the standoff between Saudi Arabia and Qatar.

In early October, reports surfaced that Tillerson had called the president a "moron." He pointedly did not dispute those accounts.

Tillerson was thought to have an ally in White House chief of staff John Kelly. But according to reports, which NPR has not independently confirmed, Kelly crafted the plan to replace the secretary. Pompeo has risen in the president's estimation during frequent White House intelligence briefings. And Cotton's views are closely aligned with Trump's on Iran and immigration.

Nauert said Thursday that Kelly called the State Department to say the reports of having a plan in place were not true.

White House spokeswoman Sarah Sanders echoed the president's comment that Tillerson has not been replaced.

"When the president loses confidence in somebody, they'll no longer be here," Sanders said. "The secretary of state is here, and we're working hard to get big things accomplished and close out what's already been a very strong and positive year."

'I'm The Only One That Matters,' Trump Says Of State Dept. Job Vacancies

"I think his future right now is to continue working hard as the secretary of state," Sanders said.

Any shake-up would come at a difficult time for the State Department, which critics say has been hollowed out during the Trump administration. The president has called for cutting the department's budget by nearly a third.

Sen. Bob Corker, R-Tenn., who chairs the Senate Foreign Relations Committee, defended Tillerson. He said he'd spoken by phone with the secretary on Thursday, and that Tillerson is carrying on business as usual.

"I like having a steady hand, handling our diplomacy," Corker told reporters.

He acknowledged Tillerson has been a frequent target of negative rumors.

"It's been evident to me for some time that somebody is seeking to undermine his presence here," Corker said. He suggested that might be related to Tillerson's effort to restructure the State Department — a push that Corker said has been widely misunderstood.