Accessibility links
Tesla Lags In Race To Produce Mass Market Electric Cars The Model 3 is supposed to take Tesla mainstream and bring it to profitability. But CEO Elon Musk's company has missed production goals, and analysts wonder whether he's spreading himself too thin. 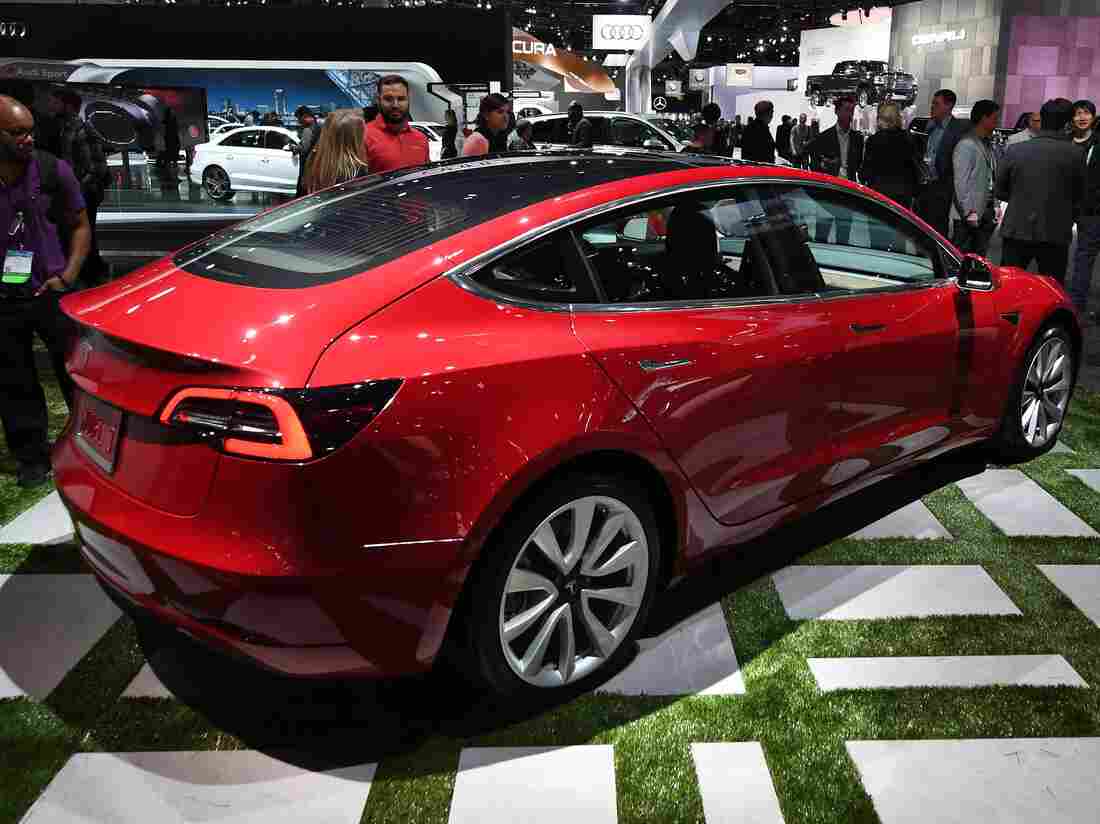 The new Tesla Model 3 is displayed at the 2017 LA Auto Show. The company has struggled to meet its goal of producing thousands of the vehicles per week. Mark Ralston/AFP/Getty Images hide caption 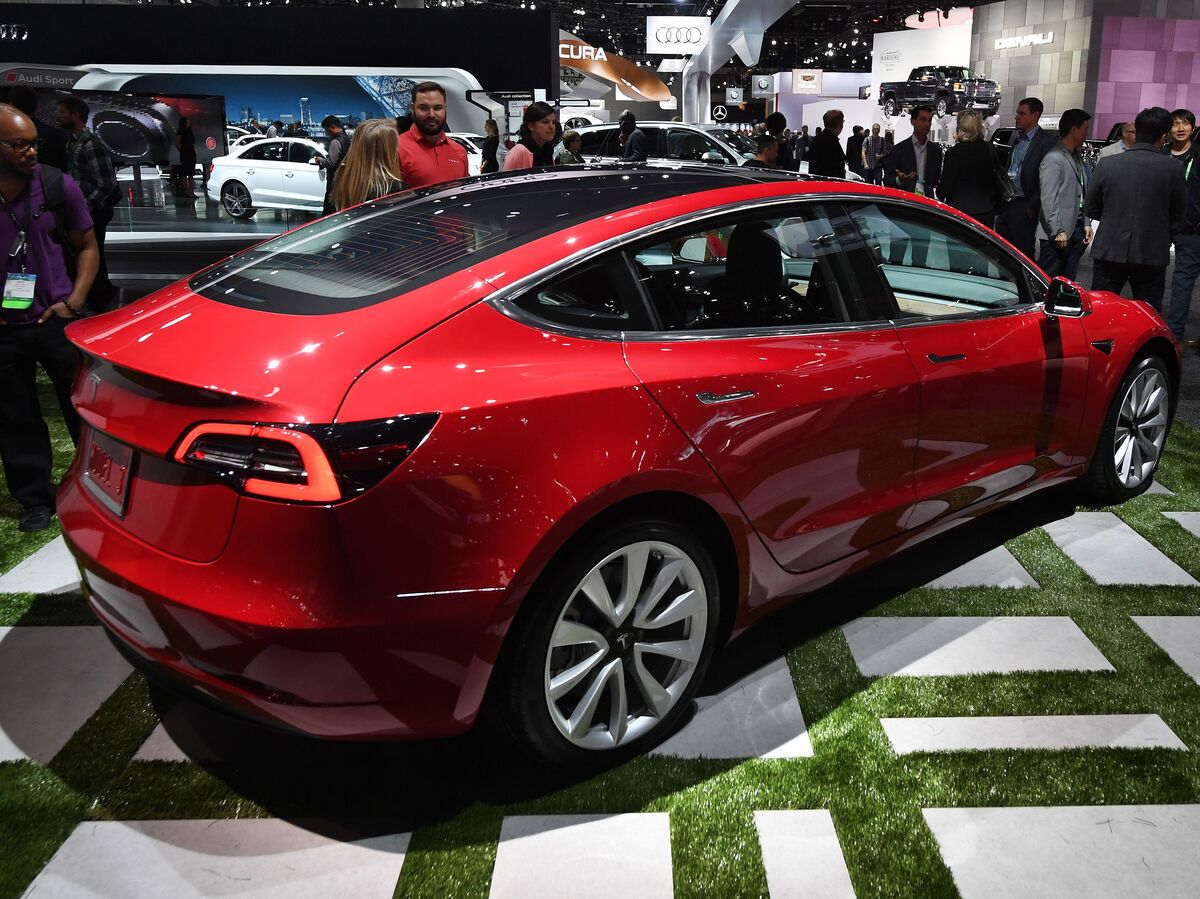 The new Tesla Model 3 is displayed at the 2017 LA Auto Show. The company has struggled to meet its goal of producing thousands of the vehicles per week.

You can see how different Tesla is from the rest of the car companies at a place like the LA Auto Show. At the Tesla booth, there's no glitz, or models leaning seductively. But it's swamped during a showing for journalists.

One of three Tesla car models on display at the show is the Model 3, aimed at the mass market. It's not only the car that's supposed to take Tesla mainstream but also the one to bring it to profitability.

But CEO Elon Musk's company has missed its production goals, and analysts wonder whether he's spreading himself too thin.

Rebecca Lindland, a senior analyst with Kelly Blue Book who is an admitted fan of Tesla and Musk, says the company's marketing plan is its bold vision.

Tesla Unveils Its Electric 'Semi' Truck, And Adds A Roadster

"Nothing Tesla does is normal," she says. That's part of the appeal of the company. "[Musk] pushes people to think further and faster, and we need people like that."

Musk and Tesla have innovated many aspects of making cars and batteries. And its Model S is considered one of the best cars of the century.

But the Model 3, the new car Tesla is trying to build, is the company's make-or-break product: It's the company's promise of an affordable electric car.

Yet, the Model 3 has fallen far short of production targets, and Tesla's battery factory has been having trouble with production.

So is it possible for one man to: revolutionize the auto industry and commercial trucking, send people to Mars, create a Hyperloop and innovate the solar panel industry?

"Well, for a normal company the answer would probably be no," says Jeremy Anwyl with Trucks.com. But, he adds, "Tesla is anything but normal, largely because of just the force of personality."

He says Musk is able to take his various companies into places others just couldn't venture. The cult of personality around Musk allows him to raise capital easily and excite investors in a way that other CEOs can't.

The ability to so quickly get money from capital markets comes with risk. "If the market ever lost just a little bit of confidence ... the ability to continue to finance the operations of the organization could get a lot, lot harder," Anwyl says.

Musk predicted this summer that the Model 3 would put Tesla through "production hell." But other car companies like Toyota, General Motors and Volkswagen don't face such difficulties.

For Osborne, one of the analysts who's been bearish on Tesla, now is the worst time for Tesla to be having rudimentary assembly line problems.

He points to the turnover rate of top managers. Musk is "a tough guy to work for and you know it's a company that's going warp speed. I just wish he'd pause and pay attention to the Model 3," Osborne says.

In the audio, as in a previous Web version, we say Tesla had only one car on display at the LA Auto Show. In fact, the automaker is showing three car models at the show.