Accessibility links
Senate Tax Bill Hits $1.4 Trillion Snag Over Deficit Concerns Two key GOP holdouts came on board after getting concessions they say will help small businesses. That creates a path to pass the bill over concerns that it could add over $1 trillion to the deficit. 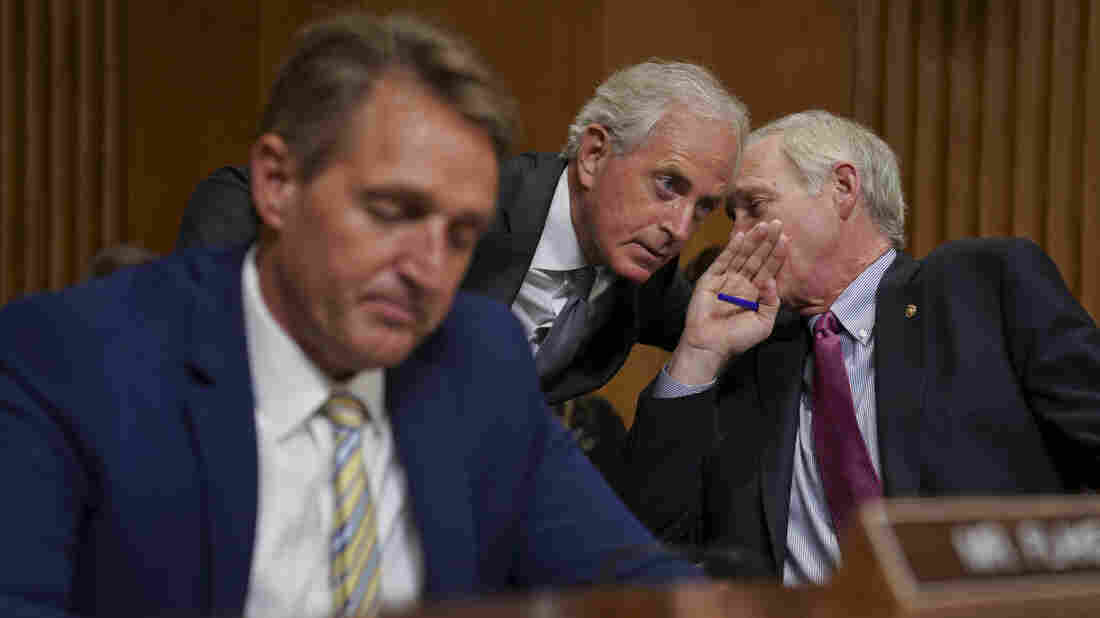 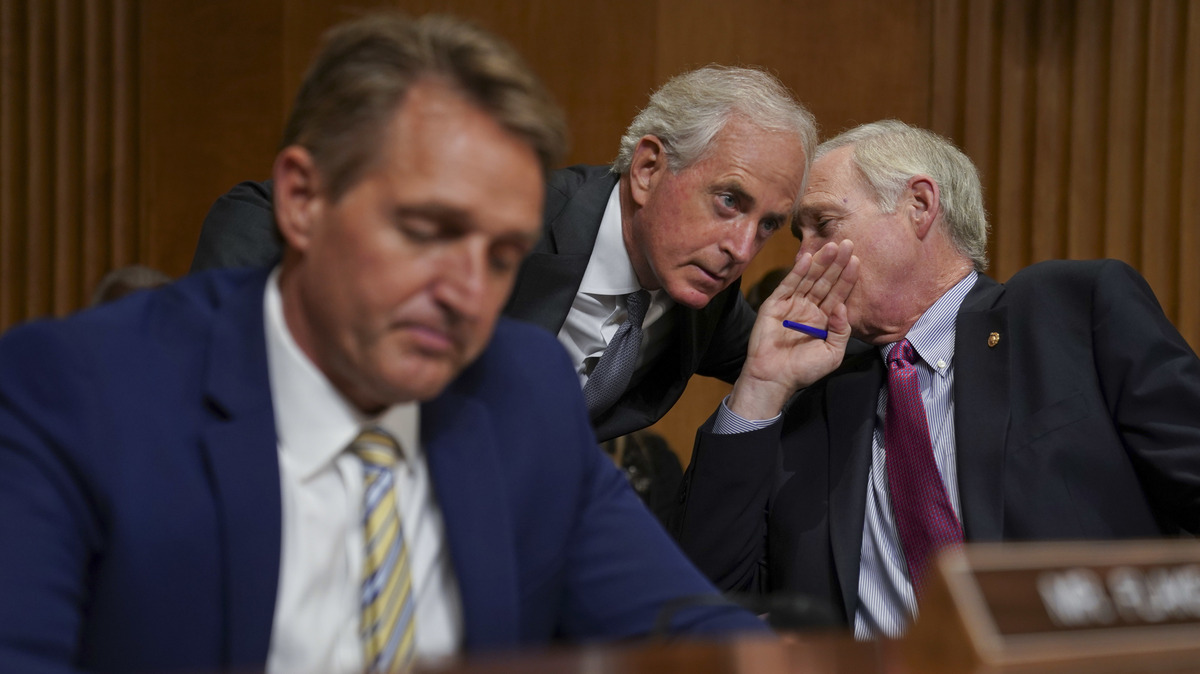 Sens. Jeff Flake, R-Ariz., Bob Corker, R-Tenn., and Ron Johnson, R-Wis., seen at a hearing earlier this month, held up floor action on Thursday evening over concerns about how to control the deficit if the GOP tax bill doesn't result in strong economic growth.

Senate Republicans continued maneuvering to pass their overhaul of the nation's tax code on Friday, possibly working around concerns by stern deficit hawks after an official estimate on Thursday said that the economic growth spurred by the plan would still leave a $1 trillion hole in the deficit.

Two GOP holdouts, Sens. Ron Johnson of Wisconsin and Steve Daines of Montana, said they would support the bill Friday morning after getting concessions that they say will treat small businesses more favorably, and give them tax relief closer to the massive cuts that large corporations would get under the Republican tax plan.

A Promise Of $1,200 Not Enough To Buy Wide Support For Republican Tax Plan

The bill ran into a speed bump Thursday evening, as it had appeared to be speeding towards passage by the weekend, over concerns that the bill could fall far short of GOP promises of economic growth.

Progress on the bill ground to a sudden halt on Thursday evening after deficit hawks received word that their back up plan to keep the cost of the legislation under control would violate Senate budget rules.

Senate Republican Conference Committee Chairman John Thune, R-S.D., told reporters Thursday that leaders were attempting to rework a plan to appease a small group of Senators — including Republican Sens. Bob Corker of Tennessee, Jeff Flake of Arizona and Ron Johnson of Wisconsin — who want assurances that the bill won't add to the deficit in the future.

"It's kind of a bit of a moving target," Thune said. "Hopefully they're going to get an agreement here pretty soon."

The trio of deficit hawks balked after it became clear that Senate budget rules wouldn't allow a trigger mechanism that would roll back some tax cuts or impose some spending cuts in the future to keep the deficit under control.

Now that Johnson is on board, it could be possible for GOP leaders to pass the bill without Corker and Flake. But they would need every other Republican senator to vote yes. Sen. John Cornyn of Texas, the No. 2 Republican in the Senate, was quoted as saying they would have the votes. Sens. Susan Collins, R-Maine, and James Lankford, R-Okla., are among a handful of Republicans who have spoken favorably about where the bill is headed, but have not fully committed to supporting it.

Floor action stalled for about an hour on Thursday evening as senators huddled with the Senate parliamentarian. Walking out of that huddle, they believed the trigger mechanism would not fit Senate rules.

Instead, leaders started discussing a plan that could gradually reduce some of the tax cuts laid out in their plan.

Cornyn said Thursday night that other options were being discussed. The possibility under consideration now is fixing a date at which tax rates would increase, possibly in a gradual fashion, unless Congress acted again. But figuring out how to divide those eventual increases between the individual and corporate sides of the tax code remains uncertain.

"I think they could probably do something six years out, it would go up about half a percentage point," Cornyn said. "I think what they're talking about is some sort of stair-step."

And if they can pass the bill without Flake and Corker, such maneuvers may not be necessary.

Many Republicans rejected the report, saying the estimate was based on incomplete data.

"I believe it's clearly wrong," Cornyn told reporters. "But that's just my opinion."

NPR's Scott Detrow and Arnie Seipel contributed to this report.