Accessibility links
From Roy Moore To Tax Debate, A Spotlight On Christian Nationalism Christian nationalists like Senate candidate Moore argue that the United States was established as a Christian nation, to be governed by Christian principles. 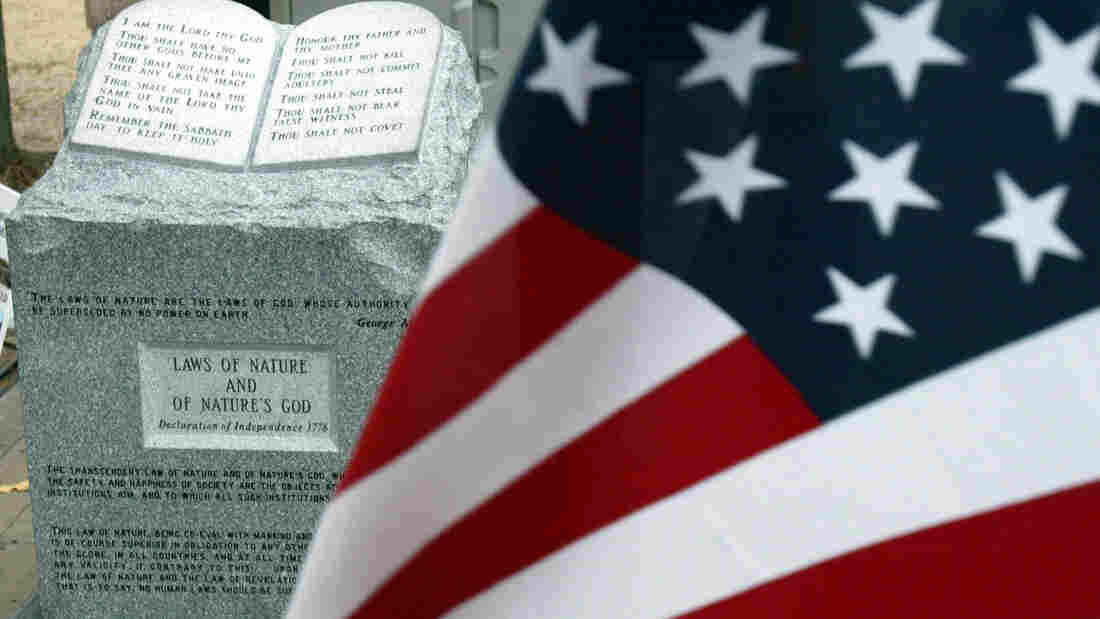 The Ten Commandments monument that was removed from the Alabama Judicial Building is on display in 2004. Alex Wong/Getty Images hide caption 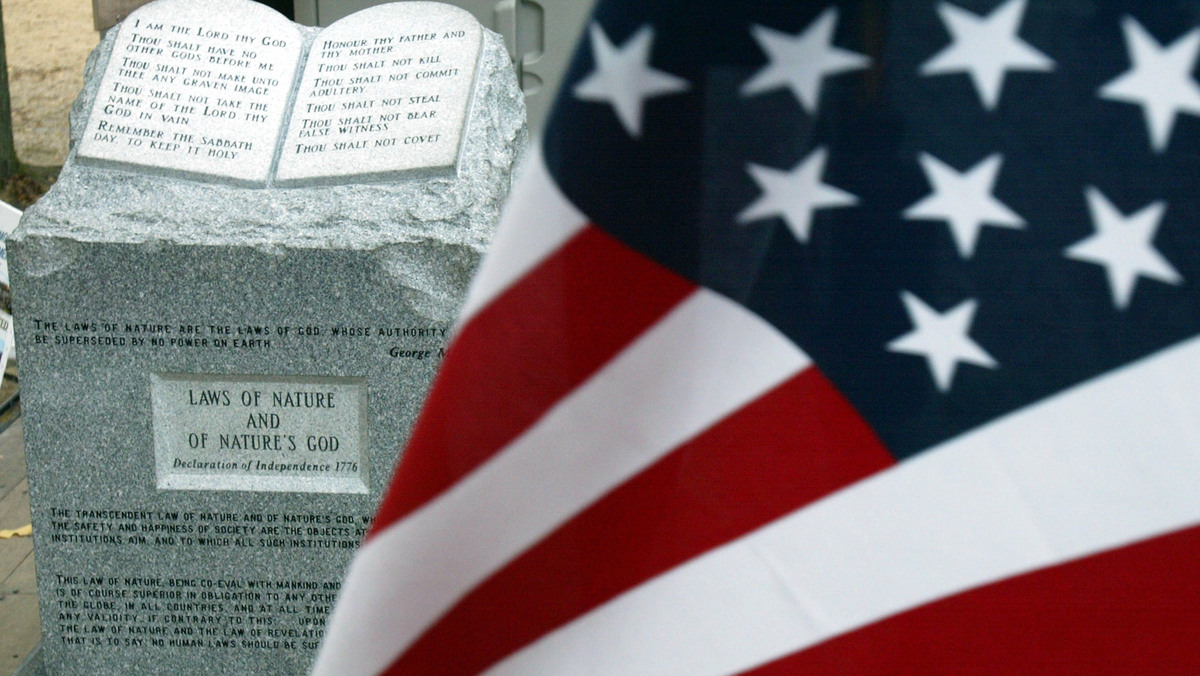 The Ten Commandments monument that was removed from the Alabama Judicial Building is on display in 2004.

From the U.S. Senate race in Alabama to the tax debate in the U.S. Congress, the role of religion in American politics is once again front and center.

In Alabama, Republican candidate Roy Moore is an unabashed Christian nationalist, arguing that the United States was established as a Christian nation, to be governed by Christian principles.

"I do believe what the Bible says, and I believe for our country it's historically been true," Moore declared at his most recent campaign rally. "I have vowed, when I go to Washington, D.C., as a United States senator, to take a knowledge of the Constitution and the God upon whom it is founded."

As an Alabama judge, Moore installed a stone monument to the Ten Commandments in the state judicial building. "The institutions of our society are founded on the belief that there is an authority higher than the authority of the State," he said at the installation, "[and] that there is a moral law which the State is powerless to alter." He subsequently defied a court order to remove the monument, and he told lower courts in Alabama to ignore the Supreme Court ruling that legalized same-sex marriage, because he considered it contrary to the teachings of the Christian Bible.

Many politicians base their votes and actions in large part on their religious beliefs, but Christian nationalists like Moore take that idea a step further.

"What they're saying is that our laws and our regulations should be affirmatively guided by these Christian principles, not just that individuals [should be] guided by these beliefs," says religion writer Sarah Posner, author of God's Profits: Faith, Fraud, and the Republican Crusade for Values Voters.

The extent to which there should be an explicit Christian direction in the U.S. government has vigorously been debated in evangelical circles.

An estimated 80 percent of white evangelicals supported Donald Trump in the 2016 presidential election, according to exit polls. What mattered to them was less Trump's Christian faith than their belief that as president he would appoint conservative Supreme Court justices and promote other causes that reflect their values.

The Johnson Amendment In 5 Questions And Answers

This elevation of political priorities over character, however, has troubled some evangelical theologians.

"Churches should not pretend to be public policy think tanks," says Bruce Ashford, a professor of theology and culture at Southeastern Baptist Theological Seminary, which is affiliated with the Southern Baptist Convention. "They shouldn't try to sway elections from the pulpit. They should preach the Gospel."

Political activity by Christian ministers and their church congregations is currently under discussion in part because Congress, in its review of tax law, is considering whether to repeal the "Johnson Amendment," named after its original sponsor, then-Sen. Lyndon B. Johnson. The law, enacted in 1954, says that religious organizations that engage in activities to influence elections can lose their tax exemption. Many evangelical Christian leaders want to see those restrictions lifted.

Bruce Ashford agrees, even while saying churches should stick to preaching the Gospel.

This is also the view of the Alliance Defending Freedom, a Christian advocacy group at the forefront of the drive to repeal the Johnson Amendment.

"There are separate legal and theological issues," says Erik Stanley, a senior counsel with the organization. "The legal issue is, how do you protect the right of a church to speak freely without fearing government punishment? The theological issue is, how should a church address [concerns] from a practical perspective? But that debate over how a church speaks into the political process really resides at the church level."

Advocates of the Johnson Amendment fear that if churches gain new political clout, one effect could be to empower Christian nationalists who may favor a theocratic state.

"Repealing the Johnson Amendment would open up the possibility of them politicizing their faith in new ways," says Sarah Posner.