Accessibility links
U2's 'Songs of Experience' Is The Reboot The Band Needed The Irish rock band has been plagued with many unsuccessful projects. Its latest offering is its attempt at a reboot — coming off as earnest, genuine, and even a little bit scrappy. 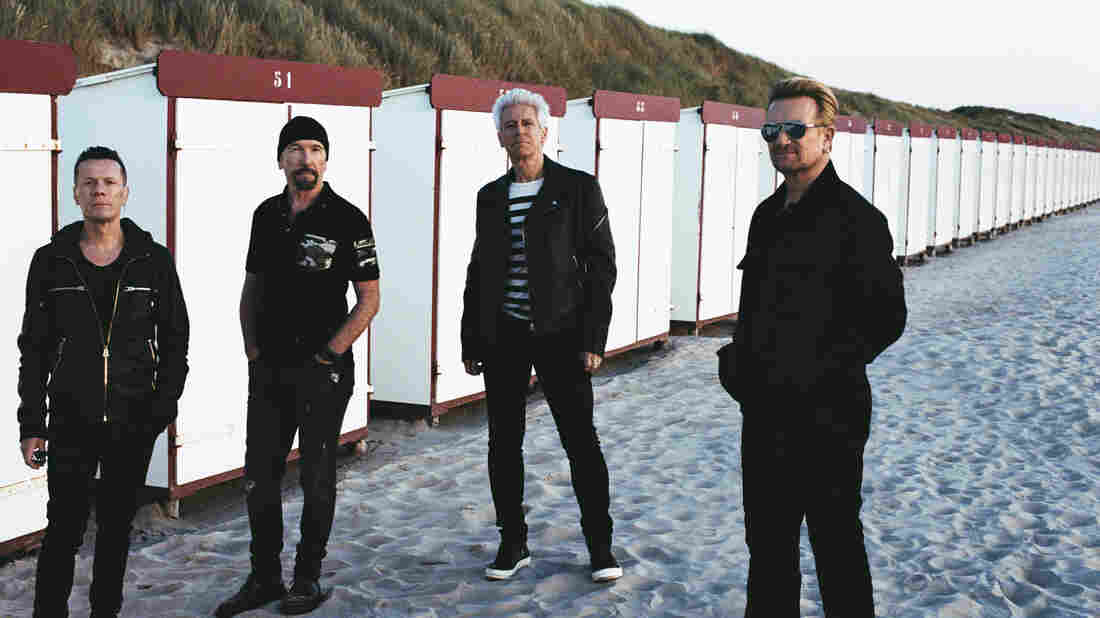 U2's latest album, Songs of Experience, is out now. Anton Corbijn/Courtesy of the artist hide caption U2's latest album, Songs of Experience, is out now.

Anton Corbijn/Courtesy of the artist

Irish rock band U2 has been plagued with artistic missteps for the past few years. Its 2009 album, No Line On The Horizon, misfired. The next year, lead singer Bono and guitarist The Edge signed up to write a bunch of U2-style tunes for Broadway's Spiderman: Turn On The Dark. Critics called the music "dreadful."

Songs Of Innocence, the band's last album, was its first attempt at a reboot. The 2014 album landed free in every iTunes library on the day it was released — and the move made U2 the target of ridicule. Songs Of Experience, the band's latest and 14th studio album, is its second.

U2 is at its most convincing when it has a mountain to climb. This time, the mountain is of the band's own making and involves erasing a decade of unfavorable impressions.

The band's early hits were marked by fierce idealism — these were true believers on a quest to shatter every status quo. The passion in Bono's lyrics was magnified exponentially by the roar of the rhythm section — particularly a guitar attack that transformed ordinary chords into massive weather systems. The new album returns those elements to the forefront: It's got a lusty, snarly, "band playing live in the garage" energy going.

In interviews, band members acknowledge that the last album was a bit too manicured and preened over. This time, U2 recorded the basic tracks in several different studios, trying to capture a live feeling. The album was ready for release last fall, but then the Brexit vote and the U.S. presidential election happened. Bono has said he wasn't interested in making political screeds. But he did rewrite some lyrics to reflect the changed landscape, which can be heard in the track "The Blackout."

The band has been together for 40 years now and it's been using pretty much the same musical toolkit and slinging the same self-help slogans about devotion and grace the whole time. A few new tracks could have been slapped together by robots in U2's rock-anthem factory. But for the most part, the reboot works: What came across as pompous and contrived last time now registers as earnest, genuine — and even a little bit scrappy.