Accessibility links
Cyntoia Brown Case Highlights How Child Sex Trafficking Victims Are Prosecuted Cyntoia Brown received a life sentence for killing a man who hired her for sex when she was 16. Her case is renewing efforts to change how the system treats child sex trafficking victims. 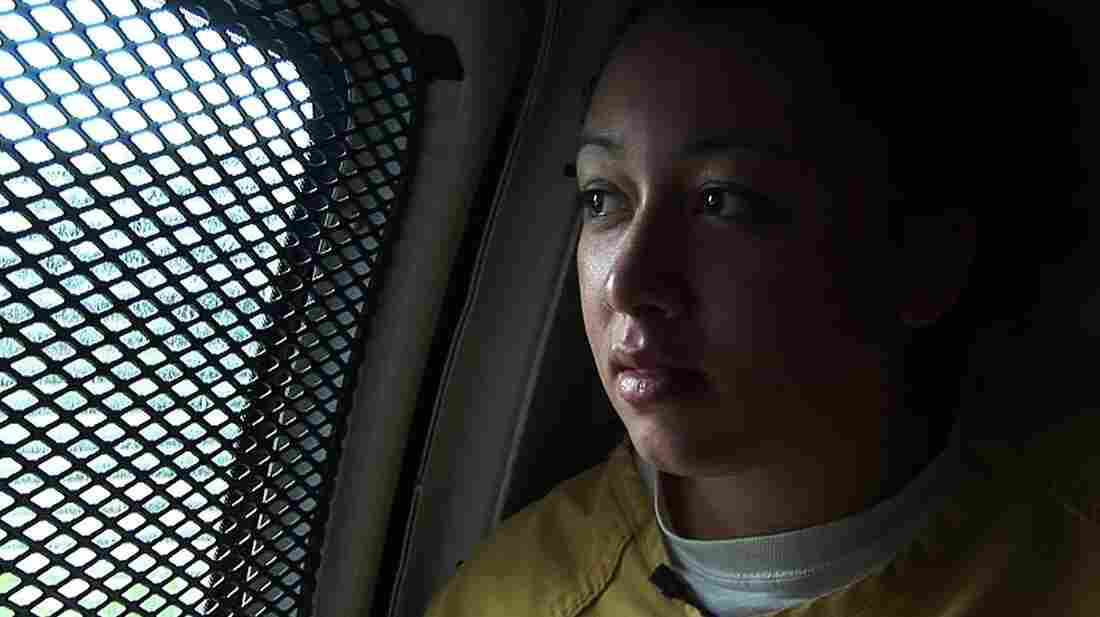 Cyntoia Brown is pictured in a still from the 2011 documentary Me Facing Life: The Cyntoia Brown Story. Her case is renewing questions about how child sex trafficking victims are treated by the justice system. Courtesy Daniel H. Birman Productions hide caption 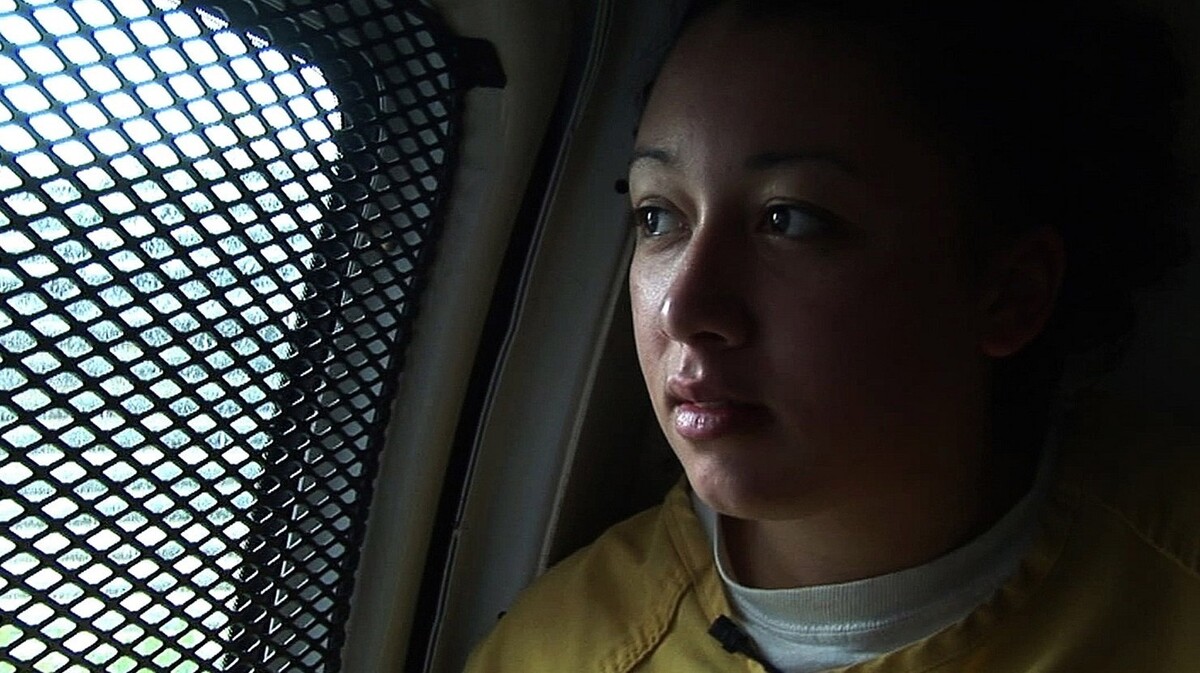 Cyntoia Brown is pictured in a still from the 2011 documentary Me Facing Life: The Cyntoia Brown Story. Her case is renewing questions about how child sex trafficking victims are treated by the justice system.

Twenty-nine-year-old Cyntoia Brown has been locked up in a Tennessee prison for 13 years, after she was convicted of first-degree murder and aggravated robbery in the killing of a man who hired her as a prostitute when she was 16.

At trial, Brown's lawyers argued she was a runaway who was raped, abused and forced into prostitution by a man known as "Kut Throat." She will be eligible for parole after she turns 69.

Brown's case re-entered the spotlight this month after a group of celebrities including Kim Kardashian West, Rihanna and Snoop Dogg posted their support on social media with the hashtag, #FreeCyntoiaBrown. An online petition urging Tennessee's governor to consider clemency for Brown has garnered more than 4,000 signatures.

Renewed attention on Brown's case is shining a light on how the criminal justice system treats child victims of sex trafficking who commit crimes. Each year, more than 1,000 children are arrested for prostitution in the U.S., according to the Bureau of Justice Statistics.

Advocates say that in many cases those children are the true victims, and argue Brown's case should be reconsidered under new "safe harbor" laws that protect trafficked minors from criminal charges.

Filmmaker Dan Birman, who produced a 2011 PBS documentary about Brown's case, says if Brown were arrested today, her case would have a different outcome than it did in 2004.

"If Cyntoia Brown were arrested today, she would not be charged as a prostitute. She would be considered a young girl who's involved in sex trafficking," he tells Here & Now's Robin Young. "That means that a young girl who in past years might have been considered a prostitute, it isn't so because they're not making that choice, and the laws are reflecting this."

The system has failed. It’s heart breaking to see a young girl sex trafficked then when she has the courage to fight back is jailed for life! We have to do better & do what’s right. I’ve called my attorneys yesterday to see what can be done to fix this. #FreeCyntoiaBrown pic.twitter.com/73y26mLp7u

Birman explains that if Brown were tried as a minor, she would have been released by age 19. Although the Supreme Court ruled in 2010 that mandatory life sentences for juveniles without the possibility of parole or automatic review are unconstitutional, that decision does not apply to Brown.

Tennessee law requires an automatic review of life sentences after 51 years. According to The Tennessean, at least 183 people in the state are serving life sentences for crimes committed when they were teenagers.

Twenty states have recently passed laws granting trafficked kids immunity for other crimes, such as truancy and underage drinking, according to the National Conference of State Legislatures. At least 29 states have laws that clear the criminal records of trafficking victims for other crimes.

The prosecutor in Brown's case maintains that the victim is the man she killed. But her defense lawyer, Kathy Sinback, argues Brown should not have been tried as an adult because she was forced into this situation by sexual predators. Brown's lawyers also argue she suffered from fetal alcohol syndrome, which disrupted her cognition.

"You are basically taking a kid at age 14 or 15 or 16 and making a decision about the rest of their life based on who they are at that age, and they're not developed human beings at that time," Sinback told The Tennessean last year. "You have kids at their peak of poor judgment, impulsivity and lack of development and we're taking that one thing that they do and locking them into sentences that are going to last for the rest of their lives."

Brown has never denied murdering 43-year-old Johnny Mitchell Allen, but she claims she did so in self-defense after he brought her to his home for sex.

According to court documents, Brown shot Allen with a handgun in her purse after she thought he was reaching for a gun under his bed. Prosecutors claimed she killed Allen in order to rob him because she took his wallet and two guns before leaving his home.

Birman says Brown's story is likely returning to the spotlight because more women are feeling compelled to come forward about sexual abuse. He says Brown hopes her case has an impact on how the criminal justice system treats children who are victims of sex trafficking.

"She agreed to do this documentary because at the time when I asked her the question in the very first week that I met her ... why would you want to do this?" he says, "her answer has been and continues to be, if I can keep one child from going down the path that I went down, it will be worth it."