Accessibility links
I Am A Cheerleader, And Here's Why I Take A Knee Taking a knee during the national anthem has spread beyond the NFL to athletes across the country. From Youth Radio, one teen reporter explains why her cheerleading squad has joined the protest. 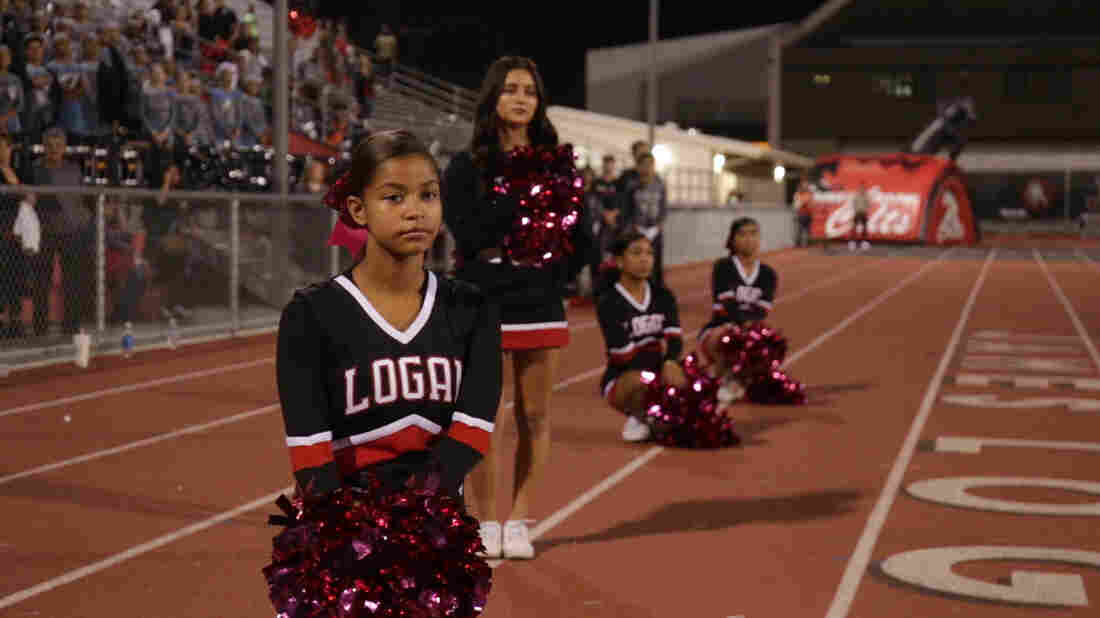 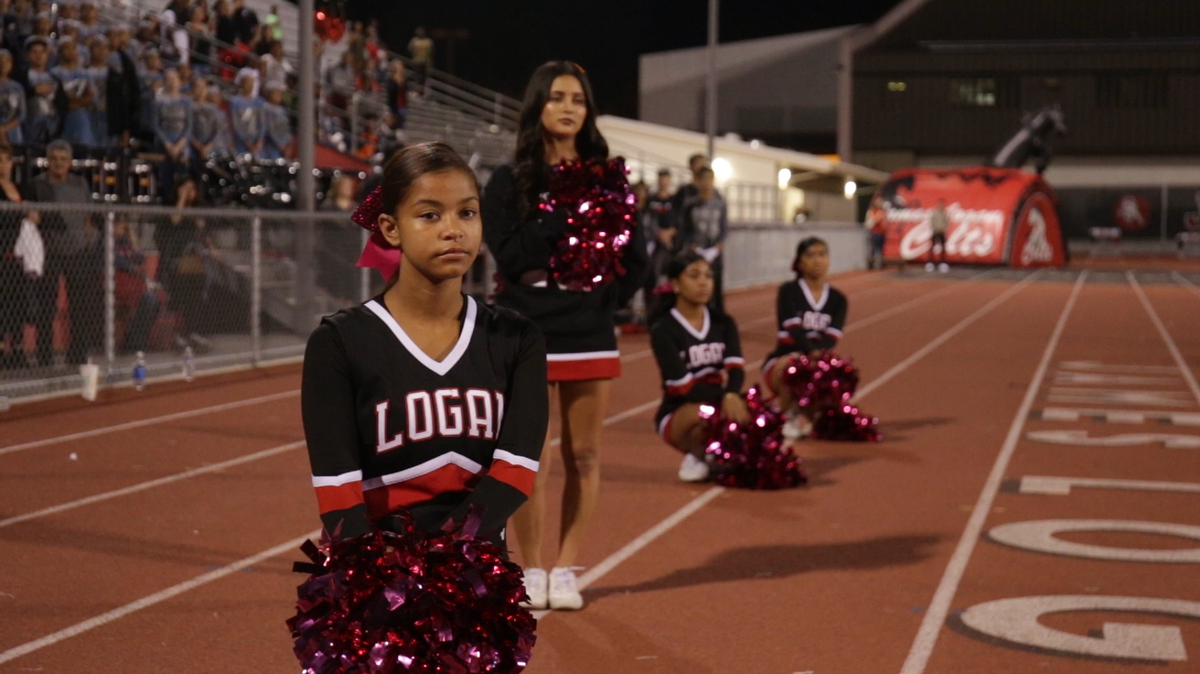 Some teens on the James Logan Colts cheerleading squad take a knee during the national anthem before a football game at James Logan High School in Union City, Calif.

My friend Teana Boston is kind of a big deal. She's 16 years old. And she's already been invited to sing "The Star-Spangled Banner" at professional sports games. But recently, she wrote her own remix:

Watching this TV, the news feels like a movie.

How can this be?

But I'm not surprised ... it happens every day, lives are taken away.

But there is something about this sight. He crawled in the street, hands spread out like his feet but he was still shot in his heart. And I don't get that part.

Teana felt compelled to write her own version of the national anthem, one that deals with race.

"I did my research on what I was really singing about, and I have to realize that it's not the land of the free. So we have to not just say, yeah, freedom, yeah," she says.

She wanted to protest police brutality against black people.

I'm a cheerleader. Every Friday during football season, I'm freezing in my red and black uniform on the sidelines of the games.

Teana and I go to the same high school, James Logan in Union City, Calif. We took the same ethnic studies class, which made us both think hard about American history — through a black lens. We learned about suffering and that sometimes history isn't even history. I was 10 when Trayvon Martin was shot, and the man who killed him didn't even go to jail.

When Colin Kaepernick started taking a knee, a lot of people thought he was being unpatriotic. But for me and the other black cheerleaders on my team, we were inspired. We saw an opportunity to call attention to racial injustice. We began taking a knee, too, but the football players remain standing. 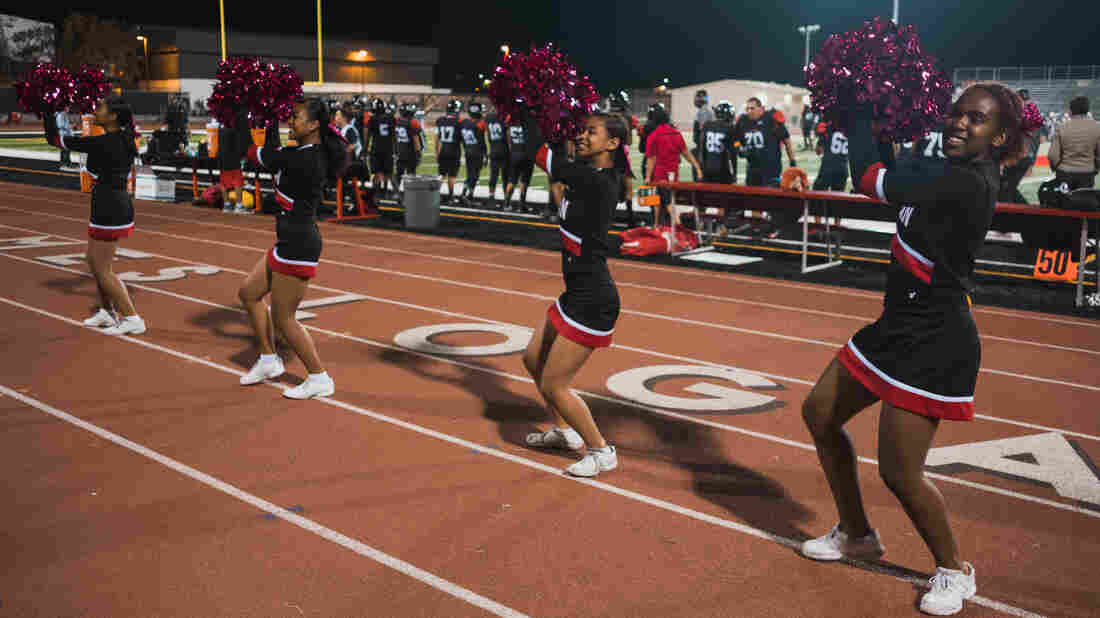 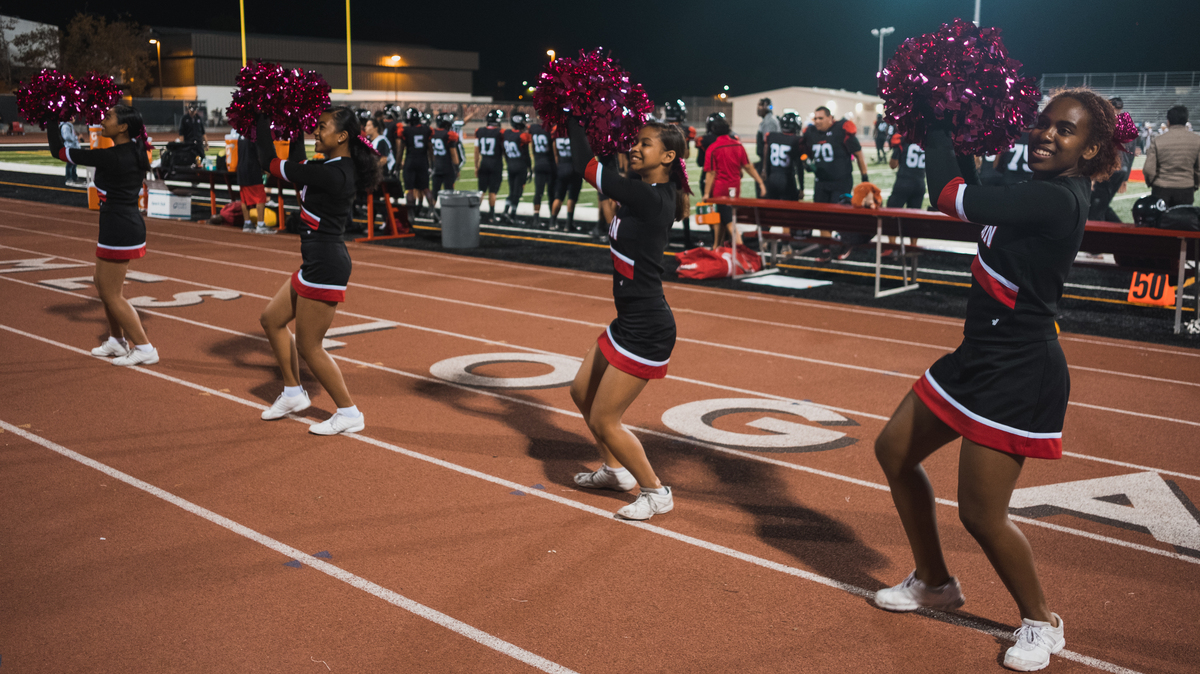 A varsity football player, Bud Laimont, told me, "Why do I stand? Because the coaches make us. And I guess it's like, you're just supposed to do it."

"What do you think about the cheerleaders taking a knee?" I asked.

Doing it is not so easy. When the announcer says it's time to stand for the national anthem, we kneel. When we first started doing it, the stadium was shocked.

"They found it as disrespectful. They kind of like side-eyed us," says my friend Jada McMurry. "But in the end I did what I did because that's my right."

It wasn't just the fans who were upset. We felt the heat, even from the coaches.

"They got mad and said that we can't be doing that. But I was like, I'm still doing it. I don't care," McMurry says.

I think us taking a knee came as a surprise to people, because a lot of people in the school think of cheerleaders as airheads. They think we're oblivious to what's going on in the world.

I got into cheerleading because I wanted to be a role model at my high school. I didn't expect it to turn into this very public protest.

So here was this small thing I could do to call attention to racism, and not let it go by. I questioned how I fit into the school and the sport. I decided to take a knee.

"We as coaches encourage our players to be outstanding citizens, students, and athletes. We would never discourage any of our players from standing up or in this case, kneeling down for what they believe. I have never once communicated to any of my players that they were not allowed to kneel or imply that they may face judgment or punishment if such action was taken. I hope this can be a lesson for all parties involved."